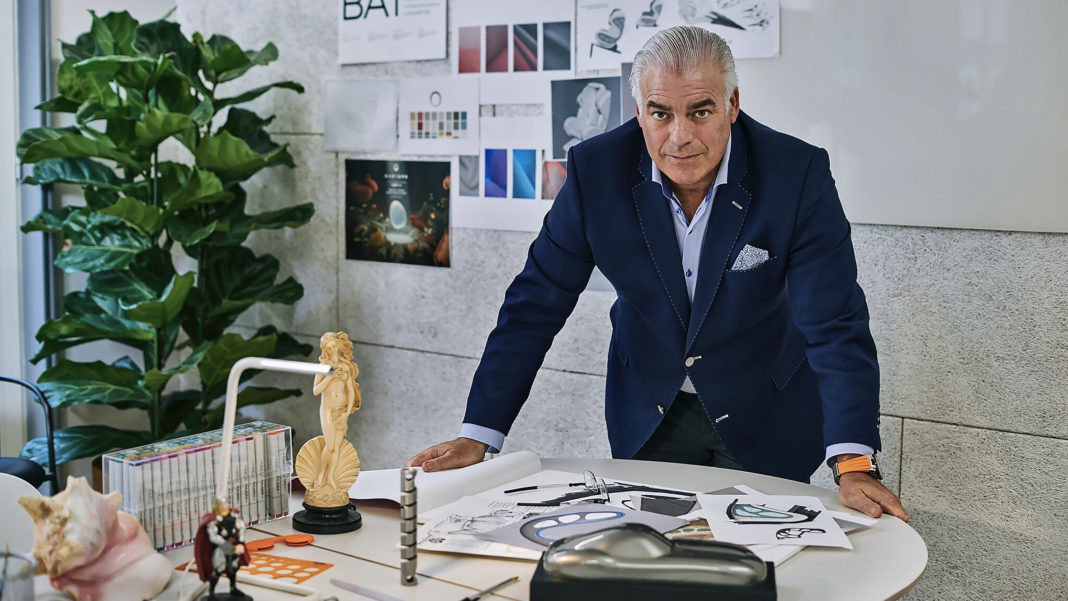 Frank Stephenson is one of the most revered names in automotive design. So, how does he feel about current trends?

Whether people know it or not, there’s a strong chance Frank Stephenson has been involved in their lives in some way. As the designer of models such the original BMW X5 plus modern versions of the Mini and Fiat 500, as well as performance cars like the Ferrari F430, Maserati MC12 and McLaren MP4-12C, Stephenson is not only a big name in the world of car design, he’s big in the design world period.

In recent years, he’s turned his hand to design consulting as well as launched a YouTube channel and a podcast series. The 61-year-old is even the subject of a Netflix documentary entitled Chasing Perfect. Born in Morocco, raised in the United States and now living in the United Kingdom, Stephenson is a straight talker who gives credit where it’s due but is equally prepared to criticise.

“Everybody’s trying something new, but it’s almost like they’re in a state of panic. Most of the car companies are trying to justify their unique presence in the market through design. They’re forgetting the basic principle of design, which I’ve always used for designing a new car, which is ‘MAYA’ – most advanced yet acceptable. ” Stephenson is typically outspoken when it comes to the increasingly dominant role many automakers’ marketing divisions are taking when it comes to design choices.

“Let’s see how long we can keep making cars beautiful. There’s no excuse for an ugly car”

“They’re being very arrogant. It’s probably the marketing departments more than the design departments but designers are geared to innovate and somebody has to rein them back in. Obviously, if designers were free to do what they wanted, we’d be designing those concept cars that everybody wants us to design,” he told us.

His biggest criticism is reserved for the German manufacturers, including his former employer, BMW. “The marketing companies of the big manufacturers who try to stand out – especially in the German market – are looking for any slight advantage they can grab onto. And that’s why I think we’re seeing this push towards more radical, confusing design. I don’t see the advantages of some of these design changes. It’s a change for change’s sake instead of for improvement. I hate it when design is just different for no reason at all.”

Still, Stephenson admits we could one day look back and conclude an initially divisive design has aged well – as is arguably the case with the Chris Bangle era at BMW. If a given product sells, then the gamble pays off, but some companies are not simply listening to valuable feedback.

“There’s enough range of design potential in any product in the world to make it attractive from the onset. You don’t have to radically go in another direction, which is going to confuse and frustrate the buyers and have them need to wait a bit to accept it.  “Nobody really wants to buy anything unless they feel comfortable with it when they see it; they don’t want to have to get used to it. And that’s perfectly doable in this day and age when people think everything’s already been designed. And that’s why they pay designers the big bucks – to think of something new and nice, not new and controversial.”

The biggest battleground, says Stephenson, will be personalisation through technology. “If you can personalise the display like in the new EQS from Mercedes – because it’s just basic software behind there – then you can really start to create the interior that surprises people.” However, he warns there is a risk of taking things too far.

“I think it’s going to be the death of interior design when we go fully electric and we don’t have buttons, tactile or haptic functions inside a car. I think that’s going to make every car start to feel very similar to the next.”

Big changes are coming to the world of car design, especially with the transition to electric. But Stephenson is adamant we must never forget the importance of actual design. “Let’s see how long we can keep making cars beautiful. There’s no excuse for an ugly car.”  We couldn’t agree more, Frank.

Billed as one of the most celebrated motor vehicle

Embodying the opposing sides of the Star Wars univ

Billed as a love letter to the 007 film series, Mo

Billed as a first-of-its-kind spyder, Maserati has