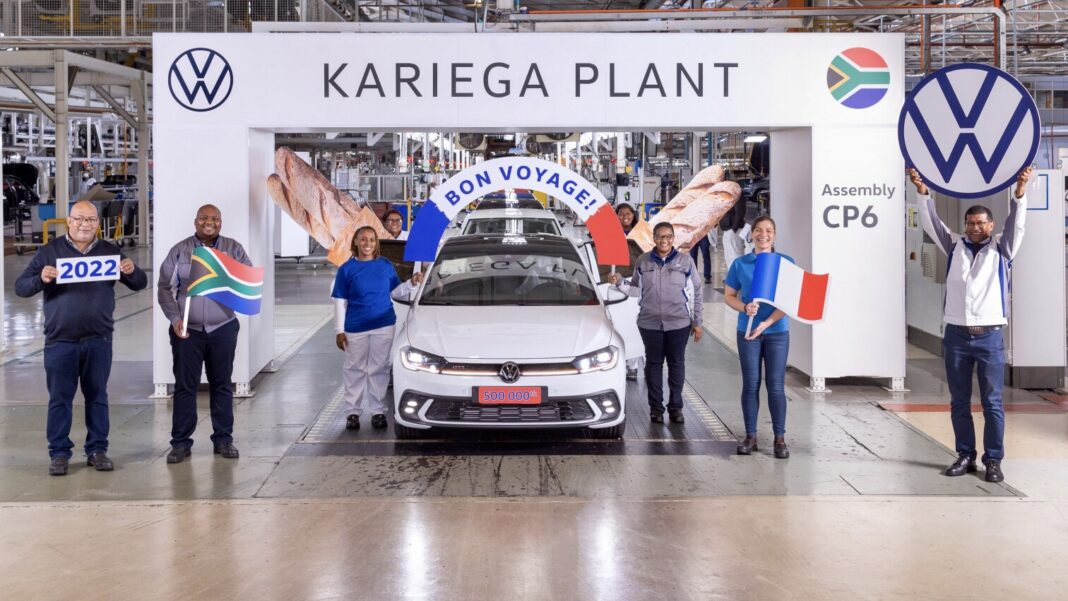 Volkswagen South Africa (VWSA) has celebrated the half-a-million milestone of Polo production, with the local arm of the German marque announcing the 500 000th unit of the current-generation Polo has rolled off the production line at its Kariega plant less than five years after its launch.

The 500 000th example of the firm’s popular hatchback was none other than a GTI variant. Dressed in white, the left-hand-drive hot hatch will be exported to France, one of the 38 countries to which the SA-built hatchback is exported. In addition, this model marks the 4 202 260th vehicle VWSA has built at the Kariega plant.

Of the 500 000 Polos built, 90 004 were produced for the SA market. The rest (409 996 units) were destined for export markets. The Kariega factory is the sole manufacturer worldwide of the Polo GTI.

“As VWSA and one of only two plants worldwide building this vehicle, we are proud to achieve the half-million mark,” said Ulrich Schwabe, production director at VWSA. “Despite difficult circumstances in the industry and the global community, the VWSA family has persevered to bring us this milestone. Just as we faced the challenges as a team, we will celebrate this achievement – and many more to follow – as a team.”