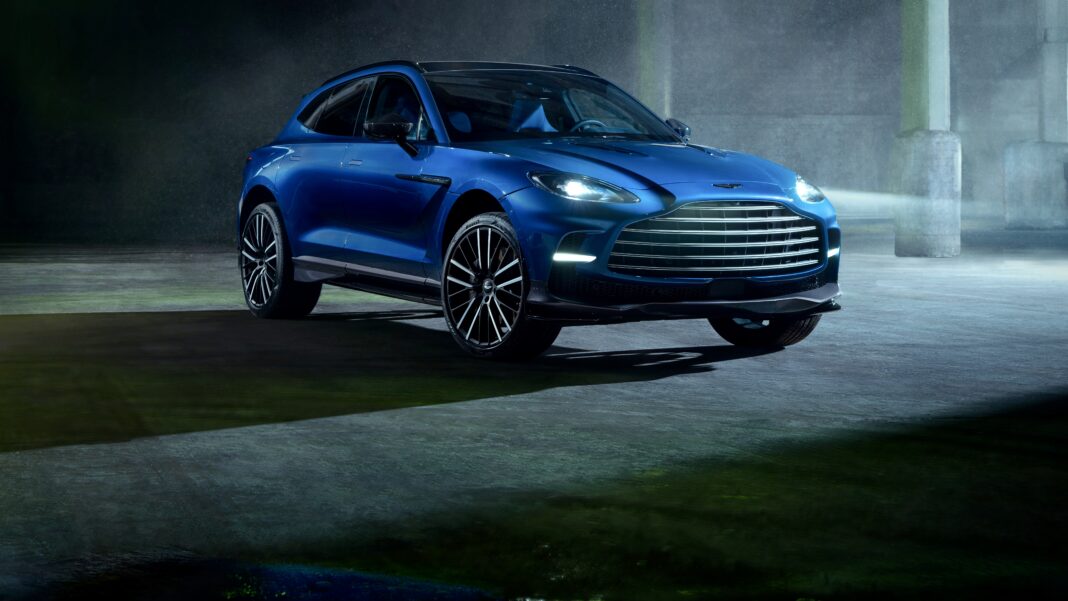 Following a brief teaser campaign, Aston Martin has finally whipped the covers off the DBX707. Billed as an “SUV like no other”, the most powerful DBX in the British luxury marque’s stable boasts a “unique combination” of “blistering” performance, “supreme” dynamics, “unmistakable” style and “absolute” luxury. 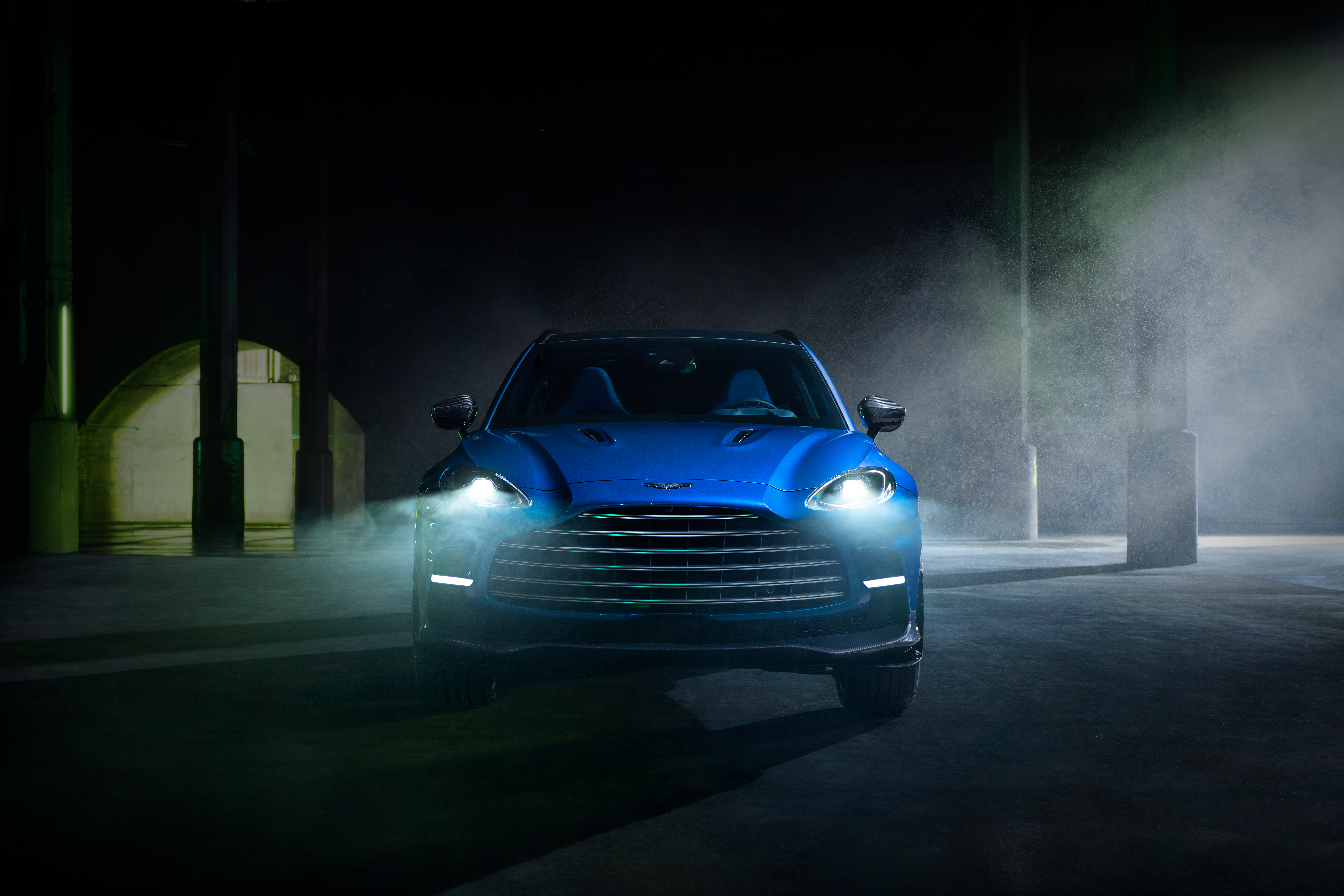 Said Aston Martin chief executive officer Tobias Moers, “With the DBX707 we have pushed the boundaries in every area to create a car which sets new standards of performance and desirability. The fastest, most powerful, best handling and most engaging car of its kind, it propels Aston Martin to the pinnacle of SUV performance.”

“We applied an uncompromising approach to every area of the vehicle”

Starting with the powertrain, the Gaydon-based brand says its engineering team set out to realise the full potential of the DBX’s Mercedes-AMG-sourced V8. Led by Aston Martin’s head of powertrain engineering, Ralph Illenberger, the DBX707’s engine now features ball-bearing turbochargers and a bespoke engine calibration to liberate more power (up by 115 kW) and torque (up by 200 Nm). 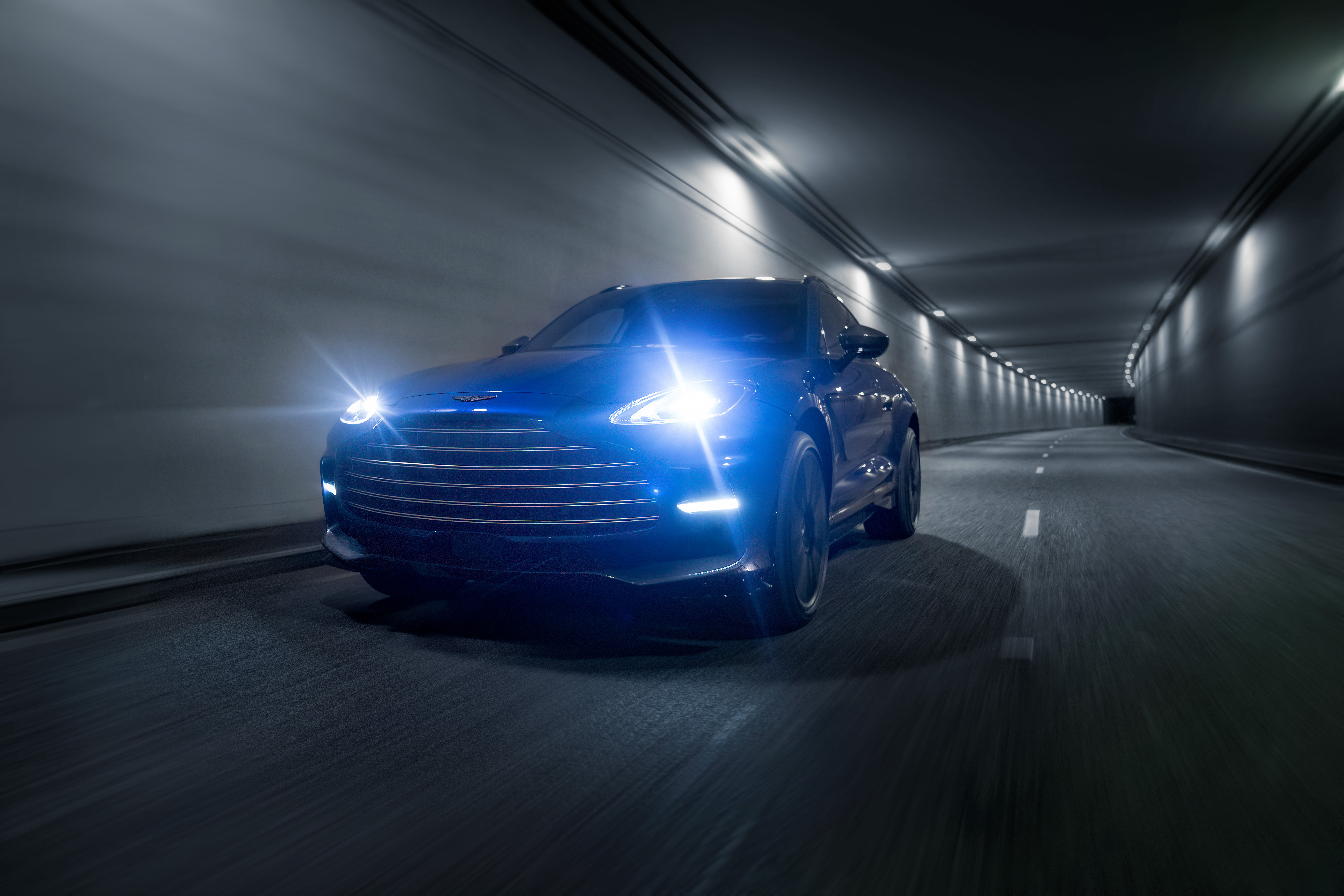 The 4.0-litre, twin-turbocharged petrol unit powering the DBX707 is endowed with 520 kW and 900 Nm of torque for a claimed zero to 100 km/h acceleration time of 3.3 seconds and a top speed of 310 km/h. A nine-speed ‘wet clutch’ automatic transmission directs power to all four 22-inch wheels, wrapped in 285/40 (front) and 325/35 (rear) Pirelli P Zero rubber. Stopping power is provided by 420 mm carbon-ceramic brake discs, complete with six-piston callipers, up front and 390 mm carbon-ceramic discs at the rear.

According to Aston Martin, “The adoption of the new wet clutch transmission brings further benefits. Most noticeably much faster gear changes compared to the torque converter transmission. The feel of the shift is more immediate and direct, which gives the driver an increased sense of control and responsiveness, and a dramatic character change from the DBX (V8).” 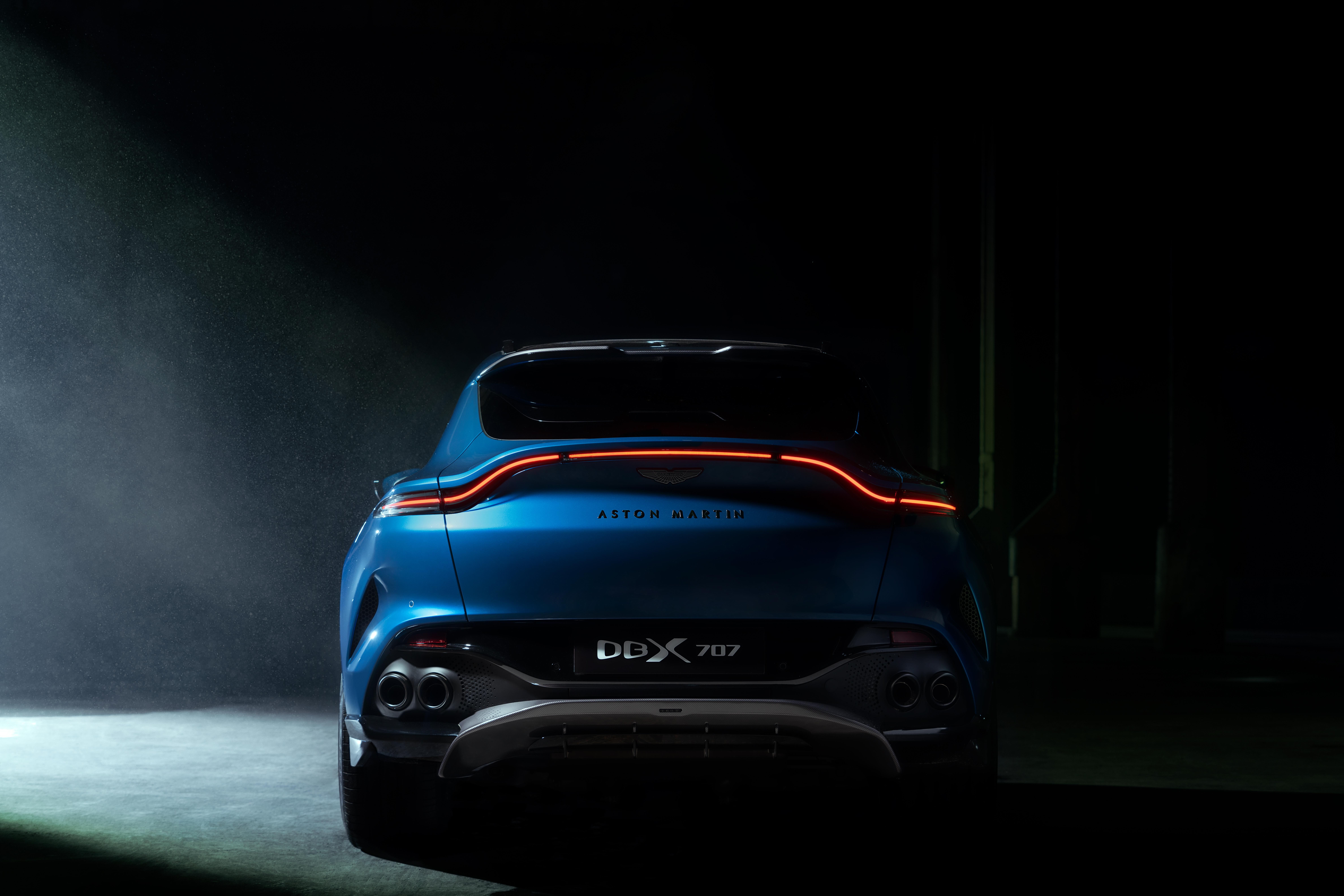 “Creating the ultimate SUV presented formidable challenges for our engineering team,” said Aston Martin’s head of vehicle engineering and procurement, Drummond Jacoy. “Too often this class of car is characterized by an obsession with brute force.

“With DBX707 our objective was to match immense performance with impeccable control and precision … To this end we applied an uncompromising approach to every area of the vehicle. Engine, transmission, suspension, brakes, electronic systems and aerodynamics have all been subject to extensive enhancement and meticulous tuning. The result is a car which sets new standards and further distinguishes the DBX from its class rivals.” 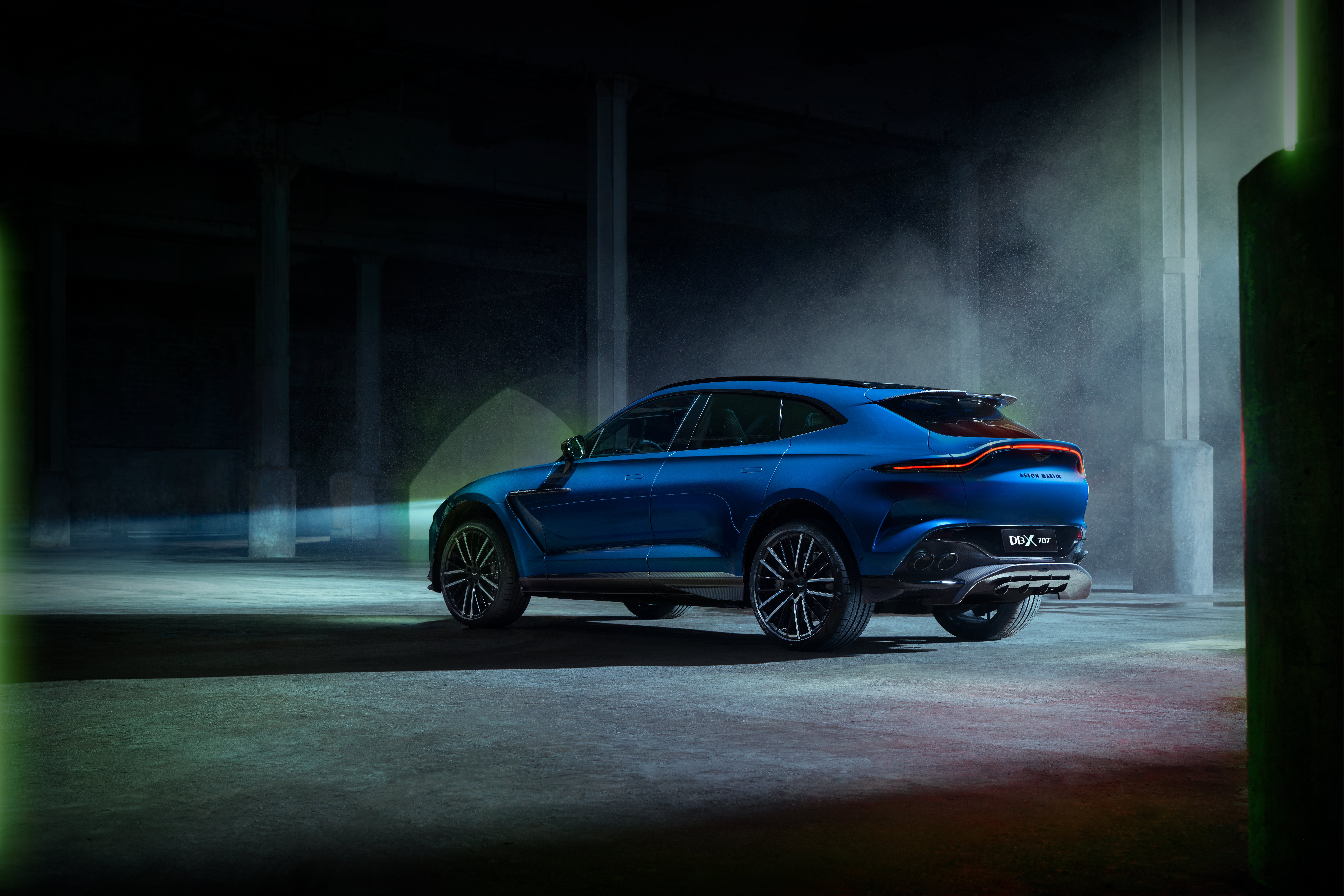