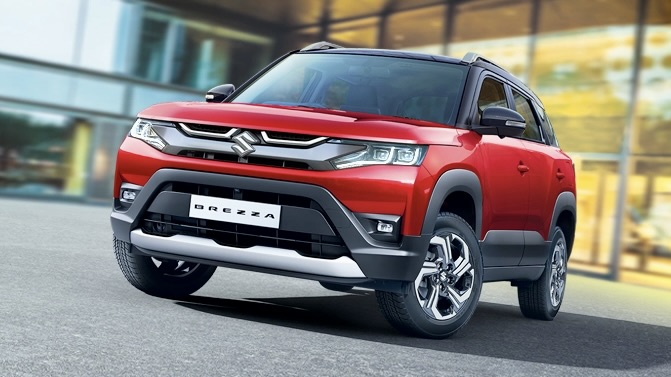 Suzuki has whipped the wraps off the box-fresh Brezza, with the India-based carmaker saying the all-new model sports an “energetic” design language and “next-gen” tech. Notice the “Vitara” namesake has been dropped? Well, the company says the “Brezza”-only badged variant signifies the first complete model change of the compact crossover. According to the automaker, “The all-new hot and techy Brezza isn’t for those who don’t like attention; it’s for those who thrive on it. Its masculine upright stance with geometric fenders are impossible to ignore.” A chrome-finished grille has been applied to the front of the Brezza’s “bold” bodywork, which features an “emphasised” bonnet and beltline design.

The grille is flanked by dual-LED projector headlamps, complete with LED daytime-running lights (DRLs). The rear lamps are also of the LED variety. The Brezza boasts “bold” geometric alloy wheels. Inside, the new iteration’s cabin is reminiscent of its hatchback sibling, the recently-launched (in South Africa) new Baleno. Read our launch review of the latter model here. The interior features a multi-function steering wheel, a touchscreen infotainment system, a head-up display and an electric sunroof. A 360-degree surround-view camera system is also present. Further included in the package is the firm’s “next-gen” smartphone connect function, as is a smartphone charging bay.