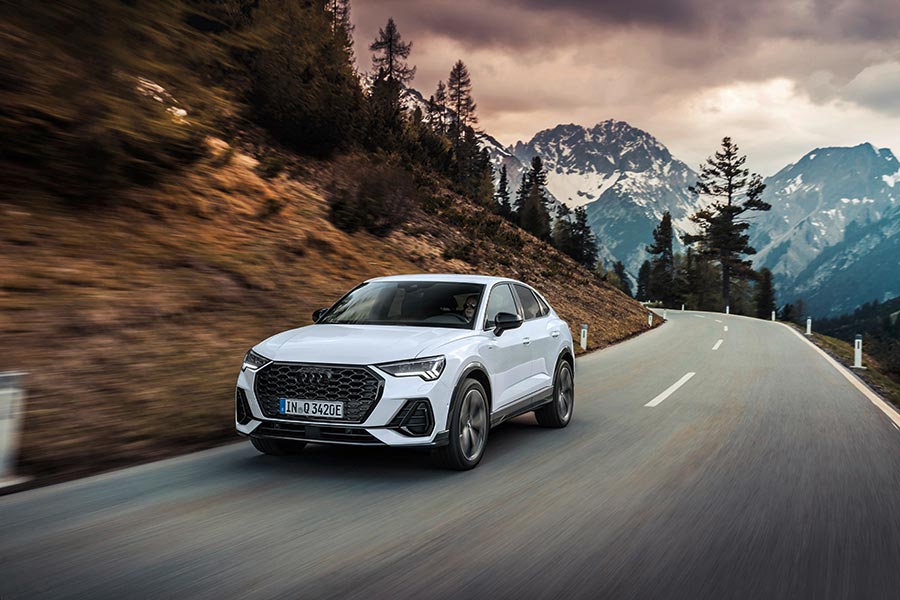 Take a well-loved compact SUV, lower its roofline and hike its price. Audi’s followed this tried-and-tested recipe with the new Q3 Sportback but the results are mixed.

It’s a good-looking thing, isn’t it? While the normal Q3 – now in its well-received second generation – has a hint of school-run SUV to its understated appearance, the Sportback certainly creates a more dramatic first impression. That’s thanks to its lowered roofline – it’s 29 mm closer to terra firma – and additional 16 mm in length (oddly, it’s 6 mm narrower). Further boosting the Sportback’s design appeal is the standard fitment of S line trim to the pair of models on offer, the entry-level 35 TFSI sporting a 1.4-litre turbopetrol engine, and this flagship 40 TFSI with a 2.0-litre under the hood. Both utilise a seven-speed dual-clutch ‘box but only the 40 is all-wheel-driven. The price gap between the pair is surprisingly small – a mere R44 000 separates them – which, on paper, suggests the model I’m testing here’s the one to get. Is that the case in the real-world? 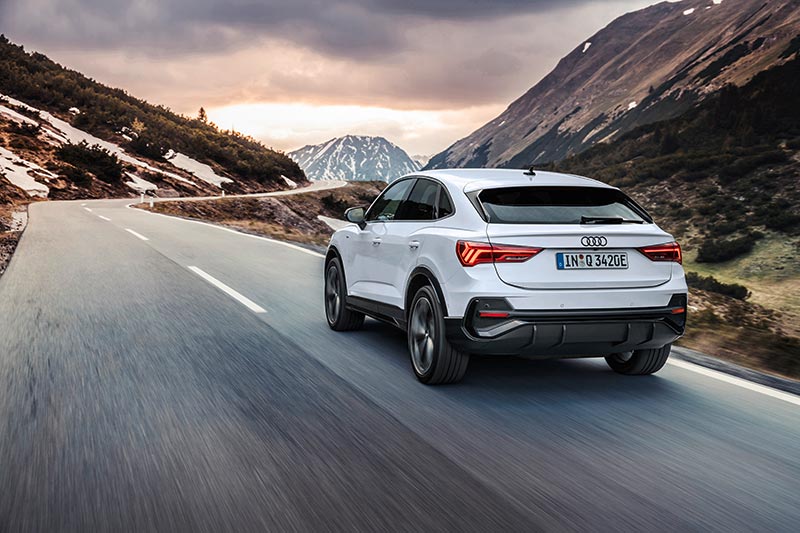 Let’s start with the changes over a Q3. Audi says not a single body panel is shared between the two models and the Sportback gains that lowered roofline and shoulder creases, plus bulging arches. It looks great, unlike many other, ungainly coupé-crossovers, and really does stand out as a distinct model. 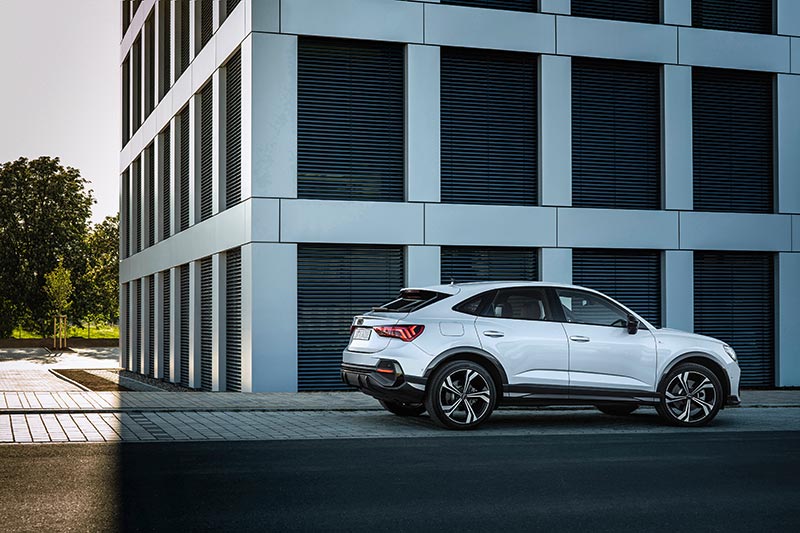 Inside, however, it’s impressive business as usual. Sure, some plastics lower down are perhaps a little more hollow-feeling and -sounding that we’re used to from the German brand – something we noticed in the A1, too – but in terms of fit and finish, this is still a more premium-feeling cabin than you’ll find in the rival BMW X2 and Mercedes-Benz GLA. Seating comfort is fine, although taller drivers might find themselves a bit bent-legged because the steering column doesn’t adjust out quite far enough, and there’s sufficient headroom even if the panoramic-sunroof option is fitted (that’ll be R20 480, thanks).

The news is not so great aft, where the lowered roof pinches headroom (Audi says the bench is sunken to compensate but I’m 1.85 metres tall and my head rubbed the headliner). Legroom is generous, however, and the luggage compartment’s the same size. 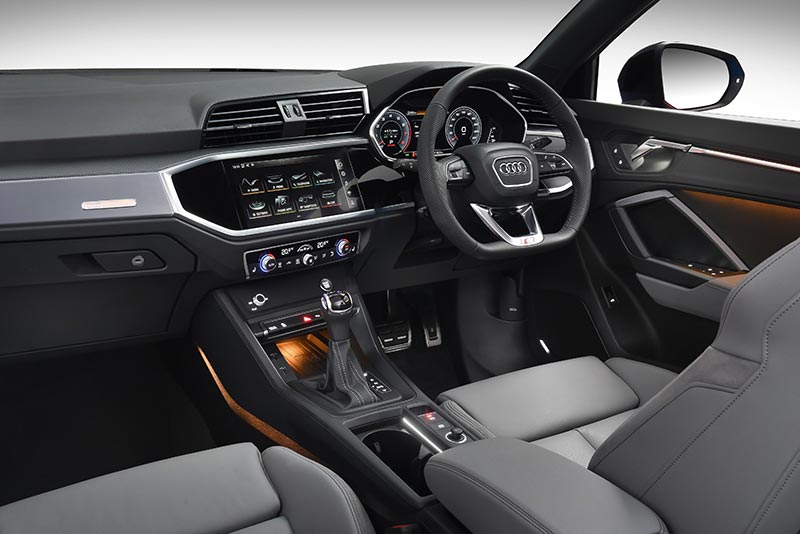 We’re pleased to report the Sportback, like Audi’s other compact models, retains physical switches for the climate-control system, while the infotainment system couldn’t be easier to use. Part-digital instrumentation is standard but can be upgraded to the virtual cockpit that contains additional features and is more configurable.

Under the bonnet is a derivative of the 2.0-litre turbopetrol engine South Africans know well. In this tune, it delivers 132 kW and 320 Nm across a broad swathe of engine speeds and is an eager, punchy unit. It can sound strained at high revs, though. 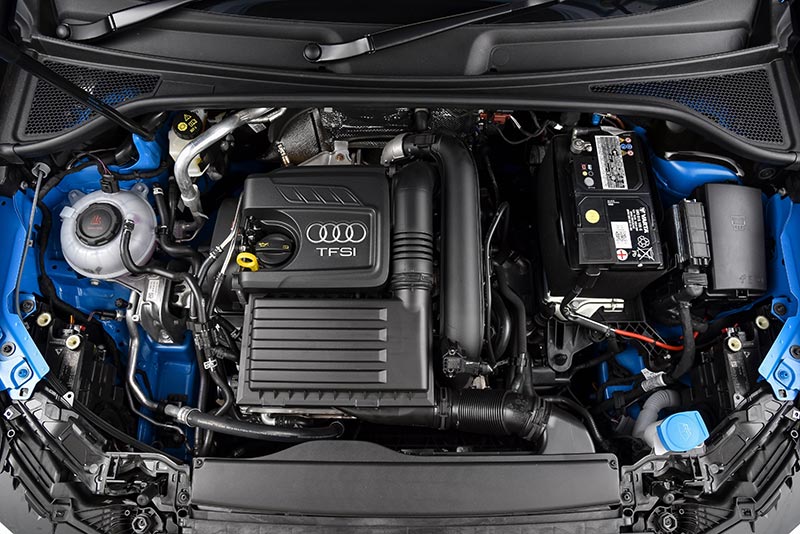 As for its dynamic balance, the Sportback is an easy, engaging drive; it grips hard and keeps roll well in check. However, there’s a pay-off. All Sportbacks feature sport suspension, which lends the ride a slight brittleness that never disappears, even at cruising speeds. The Q3, on standard suspension, finds a more appealing middle ground.

Like all coupé-crossovers, what you sacrifice in practicality, you gain in style. While the Sportback betters its rivals in most respects, we’d stick with a Q3 40 TFSI Advanced line at R715 000. 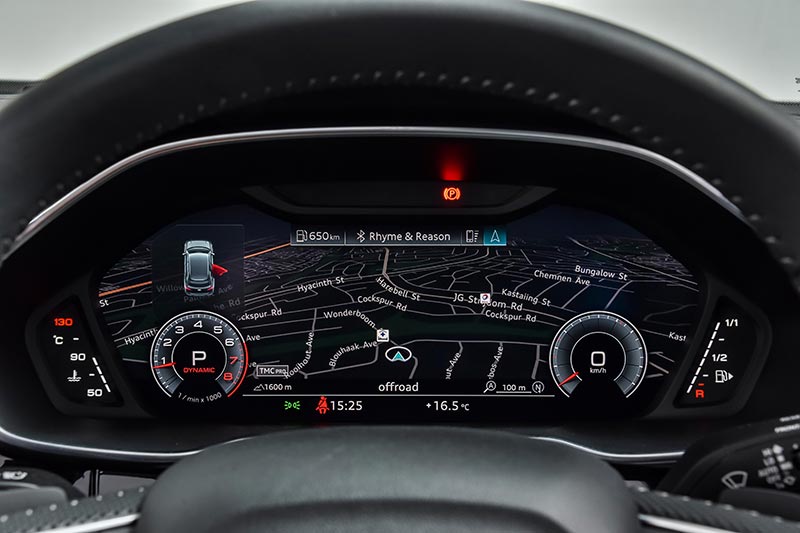 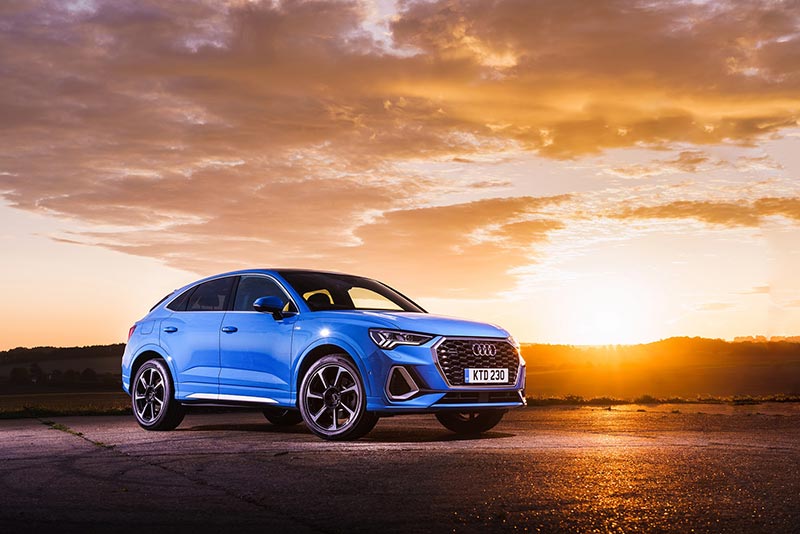