Home Features BAIC B40 Plus launches in SA! 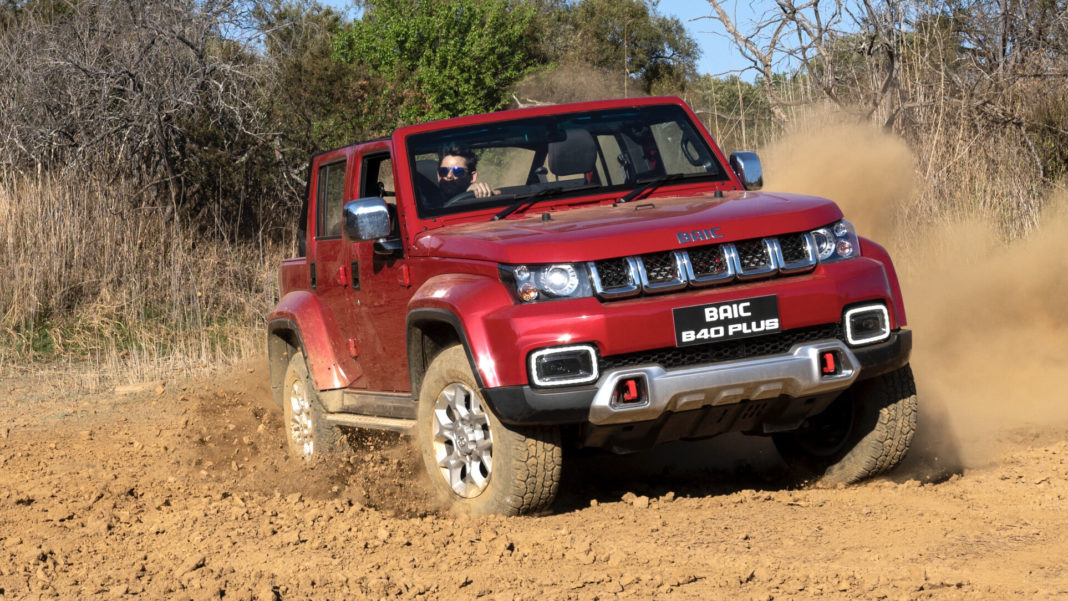 The BAIC B40 Plus has finally arrived on South African shores, with the local arm of the Chinese car manufacturer saying “we believe this vehicle will be well received by the market and will find quite a following amongst consumers that want to stand out in a crowd”.

Inside, the Chinese carmaker’s off-roader ships with an array of convenience and safety items. As standard, all models feature an infotainment display, a six-speaker sound system, dual-zone climate control, and a reverse-view camera. Safety features include airbags for the front occupants, Isofix child-seat anchorages, and tyre pressure monitoring.

The B40 Plus is “more than capable off-road”

“Tested in almost every condition, altitude, terrain, and application,” the BAIC B40 Plus is “more than capable off-road”, Basil Costa, senior manager for sales and marketing, says. The B40 Plus is equipped with a double wishbone independent front and five-link independent rear suspension setup. Ground clearance is rated at 210 mm, and the approach and departure angles at 37 degrees and 31 degrees respectively. Tow hooks are included in the package.

The four-strong line-up is priced from R549 500 for the entry-level variant to R629 500 for the B40 Plus Champion petrol derivative. (Mid-tier models’ pricing has yet to be revealed.) A five-year/120 000 km warranty is included in the asking price, though a four-year/60 000 km service plan is optional.