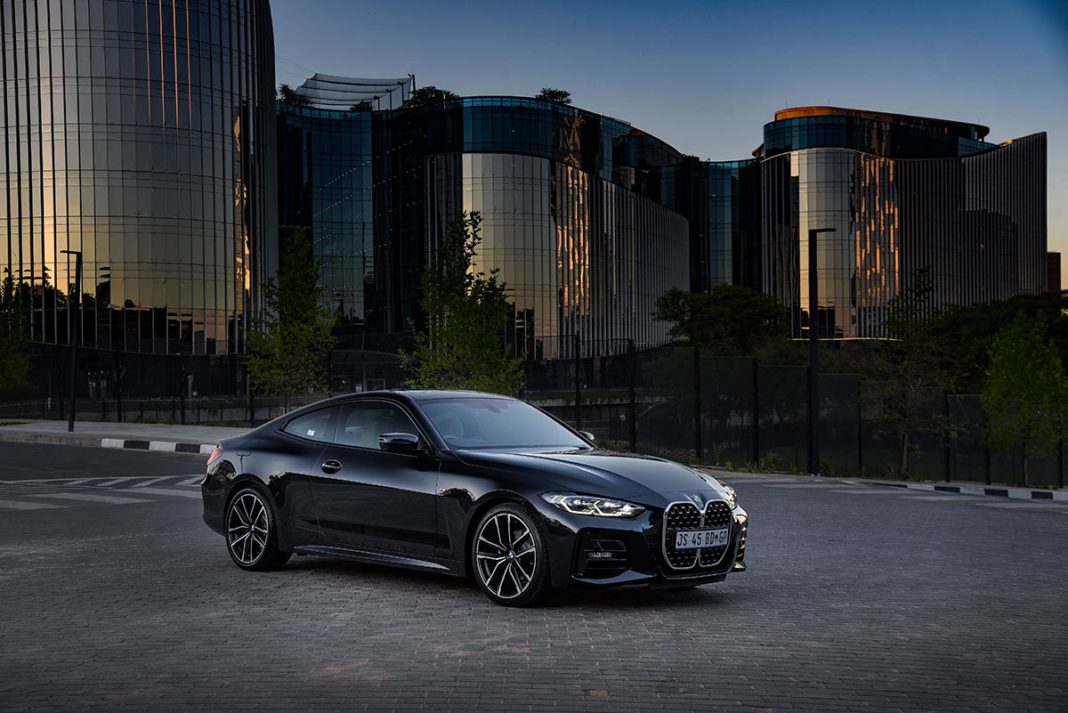 Gaping maw aside, the new 4 Series has been garnering rave reviews. We put the sub-M4 flagship to the test.

The 4 Series has undergone a metamorphosis. Gone are the 3 Series-aping looks and in their place is a somewhat radical design that’s drawn a fair amount of criticism, mostly centred on that grille. Let me say here and now: wait until you see a 4 Series in the flesh before making up your mind. I don’t think it looks too ungainly, especially when the bodywork’s painted in a dark hue to visually diminish the size of that gaping maw. But it’s certainly no classic beauty and I wouldn’t be surprised if BMW redesigns the grille come facelift time…

The rest of the vehicle, as we found on an extended drive in the Western Cape, is far less opinion-splitting. At launch, only the Coupé variant was offered, with the Convertible and Gran Coupé arriving later. Three engines make up the range – 2.0-litre, four-cylinder turbopetrol and -diesels, plus a straight-six 3.0-litre in this M440i – and all are paired with an eight-speed automatic transmission. The six-pot drives all four wheels and the lesser models are motivated by the rears. 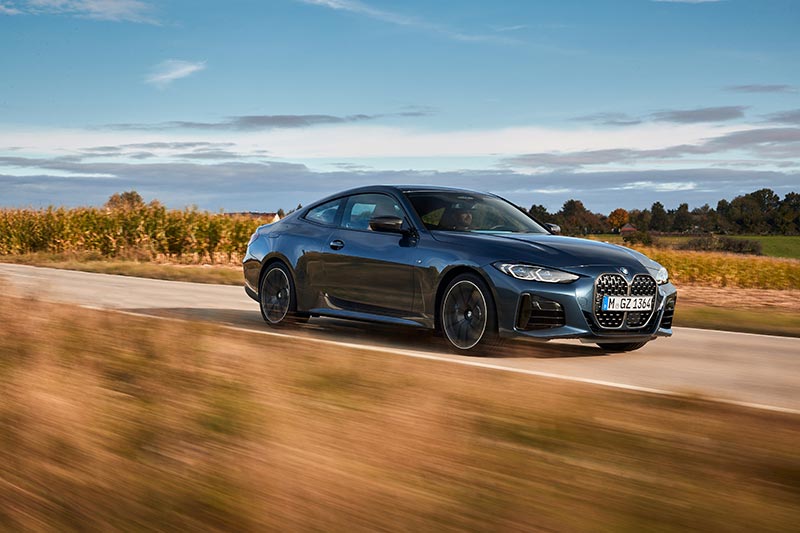 Oversized grille aside, the 4 Series Coupé is a sleek, contemporary device, all flowing curves, low roofline and long bonnet/short rear deck. It hides its increase in dimensions over the previous Four well; the new model’s a whopping 128 mm longer but so is the wheelbase, so the overhangs aren’t too clumsy. There’s a smidge too much heavy metal surrounding the rear wheels (negated somewhat by the M440i’s standard 18-inches; the 420i and 420d sport 17s as standard and all 4 Series models can go up to 19s) but the narrow front and rear lights look great (LEDs are standard all-round and the headlights can be upgraded to startlingly bright Laserlight units for R15 000) and, as I mentioned, the vehicle stands distinct from the 3 Series Sedan, which has not always been the case.

The similarities are far more acute inside, where the facia architecture is shared. That’s no bad thing, though – the 3 Series is class-leading in its integration of technology into a user-friendly setup controlled by BMW’s latest iDrive 7.0 software, although avoid the superfluous gesture-control option – and quality is excellent throughout, although you’ll find the odd bit of wobbly, scratchy plastic lower down and to the rear of the cabin. Still, it has the measure of the Audi A5 in this regard and trumps the C-Class for fit and finish. 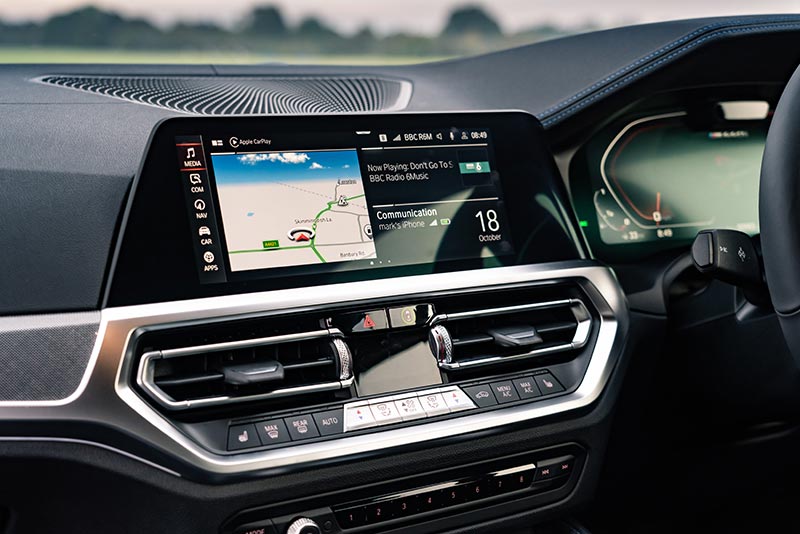 Of course, like in any coupé, rear head- and legroom suffer due to the lowered roofline, but I could still fit onto the contoured seat behind a driving position adjusted to accommodate my six-foot-plus frame, with just enough head clearance too. Curiously, boot space has been reduced by five litres to a still-voluminous 440 litres. BMW says two standard golf bags can fit with room to spare … interpret that comment about the 4 Series’ buyers profile however you’d like.

The M440i’s engine is as punchy as you’d expect from 275 kW and 500 Nm of torque offered from 1 900 to 5 000 r/min. BMW claims it’ll hit 100 km/h from standstill in a mere 4.5 seconds aided, of course, by all-paw traction. It certainly feels that fast and is fantastically smooth from idle to the redline, but I was somewhat disappointed by the lack of drama. Certainly, the inline-six sounds good but it’s voice is stifled a touch too much by the cabin’s excellent NVH control. The less we say about BMW’s eagerness to artificially enhance the sound of its sportier models through the speakers, the better. I continue to think ZF’s eight-speed torque-converter automatic transmission is the best in the business. Changes are near-dual-clutch quick and smooth, and the software is impressively incisive – there’s rarely a moment where the transmission doesn’t place the inline-six in the meat of its delivery range. 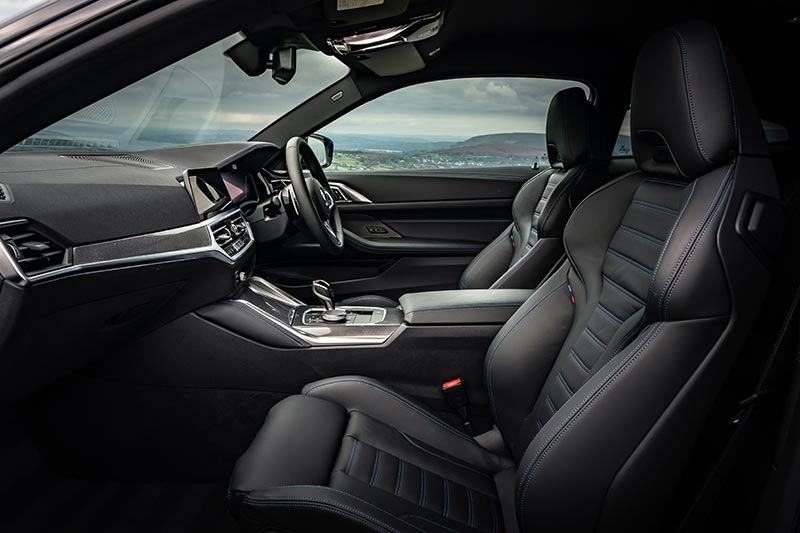 And how does the new 4 Series drive? Well, practically perfectly. The ride’s certainly busy – specify the adaptive dampers to round off the worst edges, which are great value at R9 900 – but still acceptably cosseting, a fair compromise considering the CLAR chassis architecture’s wonderful inherent balance. Body control is exceptional for a midsize coupé and the steering feels accurate and perfectly weighted when left to comfort mode (the sportier modes add a dull heft). The brakes, too, are strong and the pedal easy to modulate. The M440i can be pushed at a fair pace without breaking a sweat. Does it lack some delicacy? Yes; I also drove a 420d, which felt a bit less inclined to rush into push-on understeer than the nose-heavy, all-paw M440i. The latter is all about ultimate pace and grip, which might be a bit surprising to find in a performance BMW, but it’s a recipe that’s never done Audi any harm.

BMW must be frustrated that the 4 Series’ grille has grabbed all the headlines, for this is a vehicle with an impressive depth of engineering that transcends any subjective opinions about design. It’s a delight to drive – more so than its direct Audi A5 and Mercedes-Benz C-Class Coupé rivals – expertly constructed and easy to use. A class-leader, although an expensive one? I certainly think so … but let’s see what AMG does with that promising-looking upcoming C45. 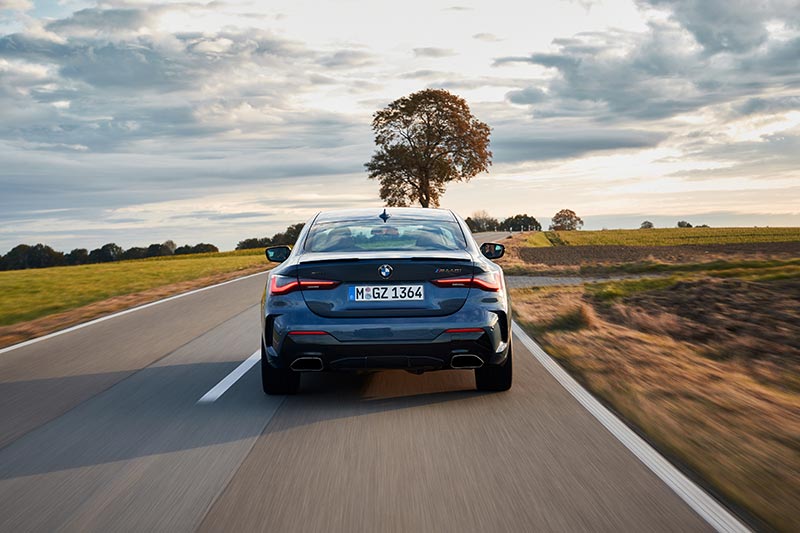 BMW’s done a fantastic job to update the 4 Series for 2021. Whether you love or loathe the snout, what’s indisputable is that this is the market’s best compact premium coupé. The M440i isn’t exactly cheap, however.

I also got behind the wheel of the 420d Coupé and wasn’t prepared for how well BMW’s small-capacity turbodiesel suits the 4 Series. The oil-burner’s linear delivery turns the two-door into a laidback cruiser that’s beautifully refined and comfortable thanks to its softer suspension settings versus the M440i’s. And the 420d is astoundingly frugal – I averaged just 5.3 L/100 km on a spirited 120 km drive taking in various mountain passes. As good as the M440i is, I suspect the 420d will be the more satisfying daily drive … and you’ll pocket a difference of more than R440 000 should you opt for the four-pot.