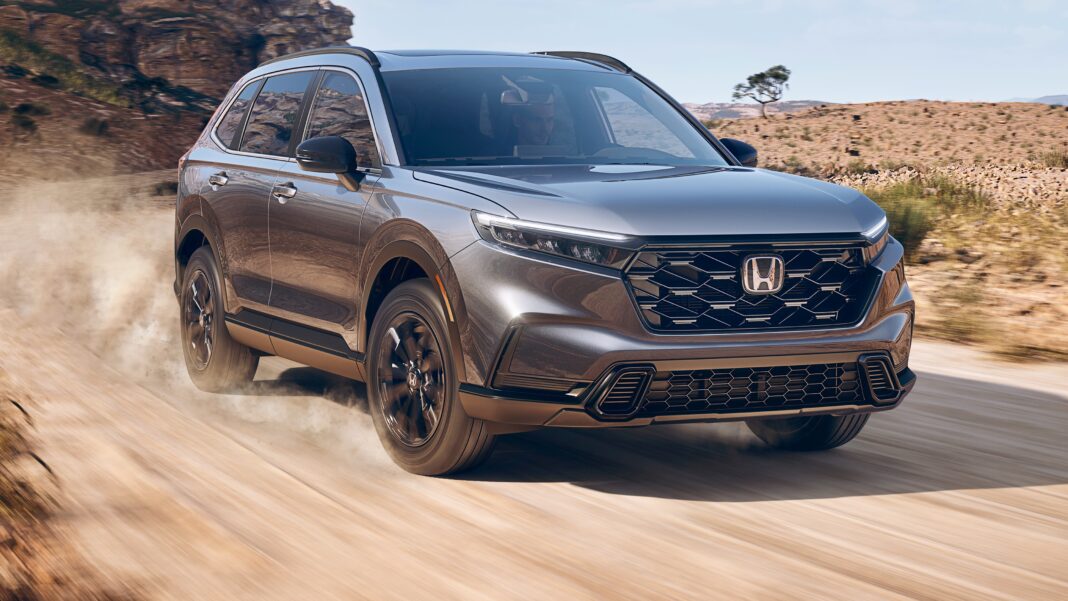 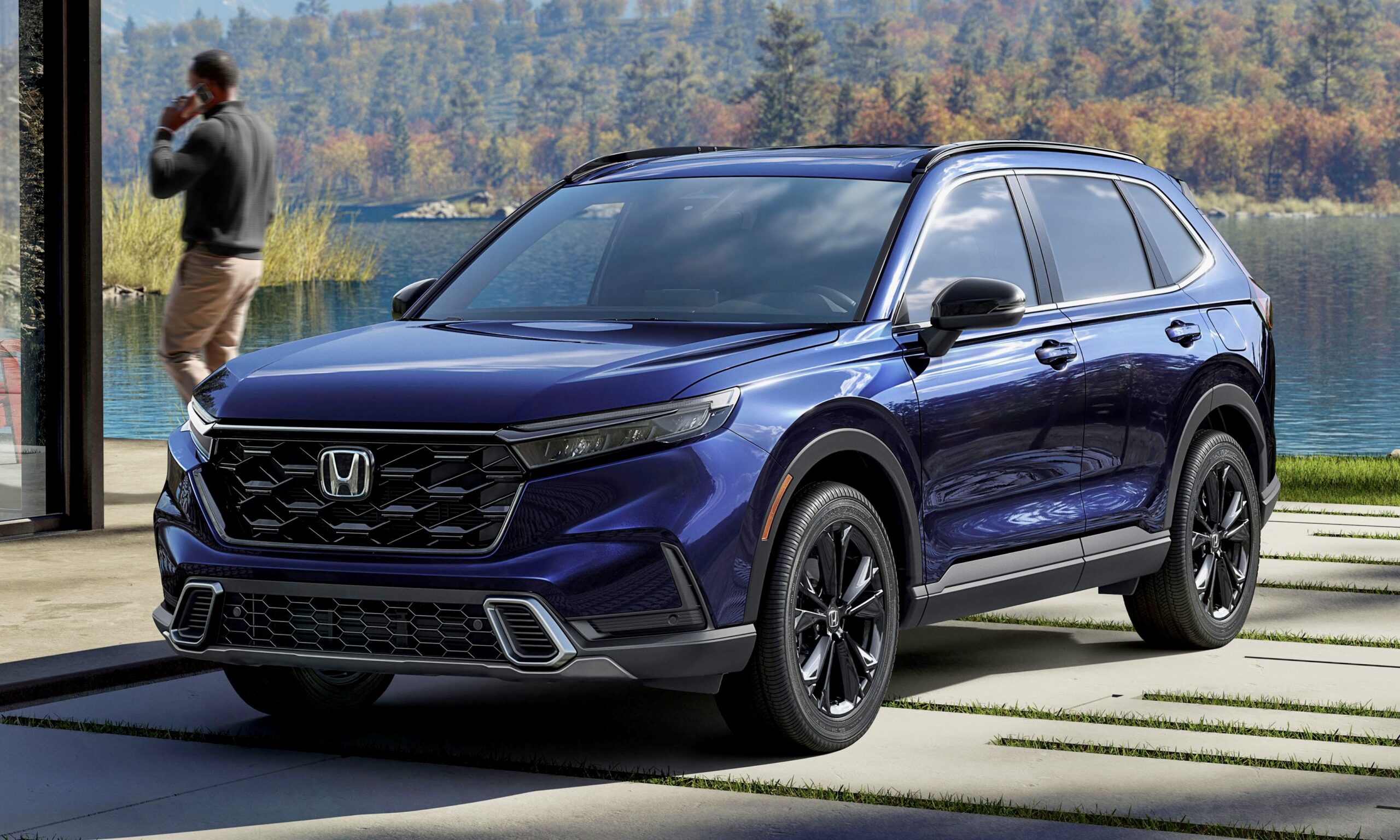 The new iteration measures 69 mm longer and 10 mm wider than its predecessor. The wheelbase has been stretched by 41 mm. According to the company, the increased dimensions give the brand-new derivative a “stronger” and “more aggressive” stance. The firm further says the repositioned windscreen pillars are key to the CR-V’s “sportier” proportions and “improved” visibility. The base of the A-pillars has been moved rearward, outward and lower.

As standard, the CR-V features LED headlamps. EX and EX-L models gain a gloss black grille, complete with chrome trim, side mirrors finished in the same hue as the bodywork, and 18-inch alloy wheels. The roof-mounted rear spoiler is also finished in the same hue as the body. The back end features vertical LED lamps. The Sport and Sport Touring variants upgrades to “even bolder” styling. These (hybrid) models further feature gloss black accents, a “unique” lower bumper, and rectangular exhaust housings. Matte black has been applied to the Sport derivative’s spoiler, while gloss black can be found on the Sport Touring’s item. The former model is fitted with 18-inch alloys and the latter variant with model-specific 19-inch wheels. 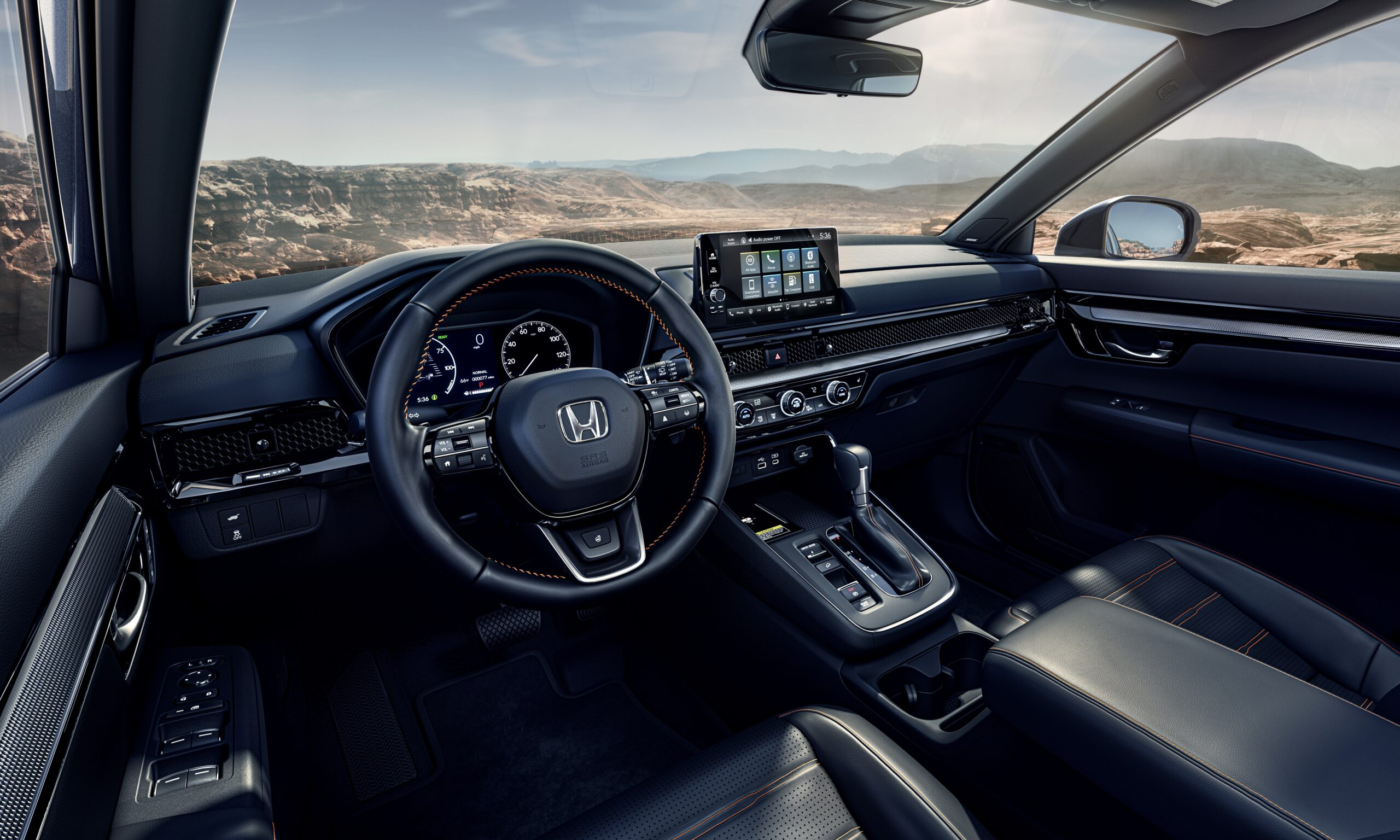 The CR-V EX and EX-L models are equipped with Honda’s 1.5-litre turbocharged four-cylinder powertrain. This unit produces 140 kW and 243 Nm of torque. The Sport and Sport Touring variants are powered by a 2.0-litre inline-four petrol unit coupled with a twin-motor hybrid system. The petrol-electric arrangement produces 150 kW and 335 Nm. 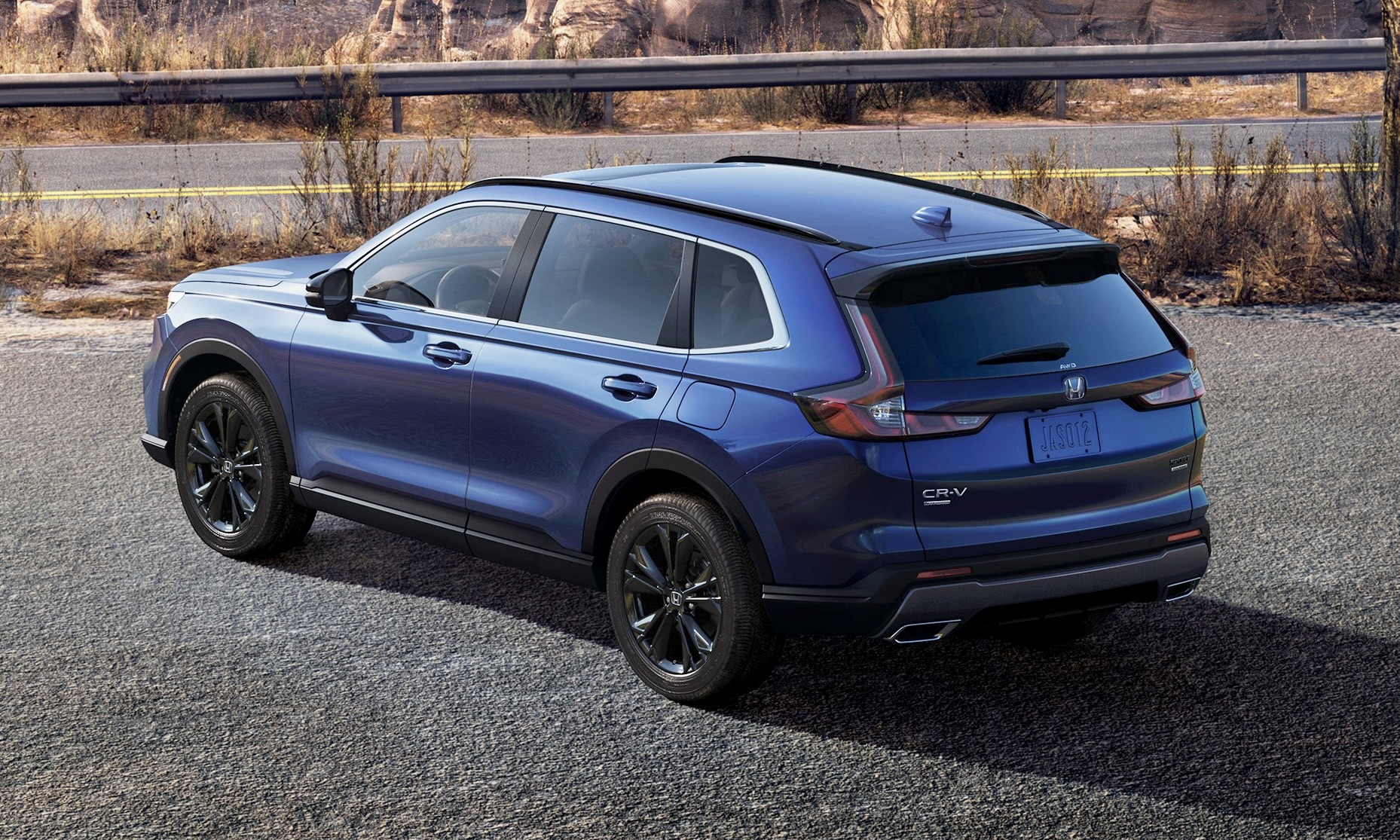