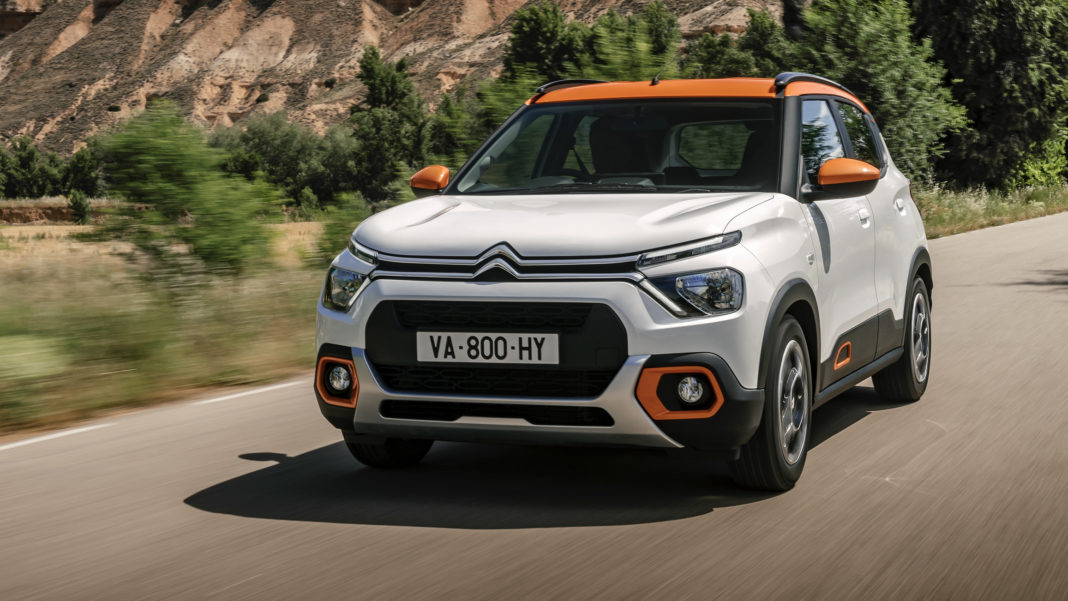 Citroën has whipped the covers off the New C3, a “modern” and “robust” hatchback “tailor-made for strategic regions”. “The New C3 is a modern hatchback … offering comfort and connectivity to progressive customers in search of peace of mind and prestige,” the French car manufacturer says.

Scheduled to make its launch debut in the first half of 2022, the New C3 is the first model of three vehicles aimed at the international market. The trio of models form part of Citroën’s “C Cubed” programme, which will see these vehicles being sold in India and South America, the countries where it is built, over the next three years.

“Ensuring Citroën’s future requires a greater international presence, by becoming stronger in all the markets in which we operate, including South America, the Middle East, Africa, Asia and China, and by opening up to others, including India, which will soon become the third-largest market in the world,” Citroën CEO Vincent Cobée says.

“We are rolling out an ambitious product plan in order to achieve this, which will see the launch of three internationally-oriented models in three years. Models designed, developed and produced in strategic regions and which will fully represent Citroën’s identity in terms of style and on-board peace of mind,” Cobée added. “New C3 is a vital part of this international ramp-up and the first stage of the growth strategy.”

Differing from the European version of the C3, the New C3’s exterior design draws inspiration from SUVs, with a high-positioned bonnet,  180 mm of ground clearance and a tall driver’s position. The cabin has been “carefully designed” for comfort. Interior items include a touch-enabled 10-inch infotainment display and smartphone integration.