Home Features Classics on any budget 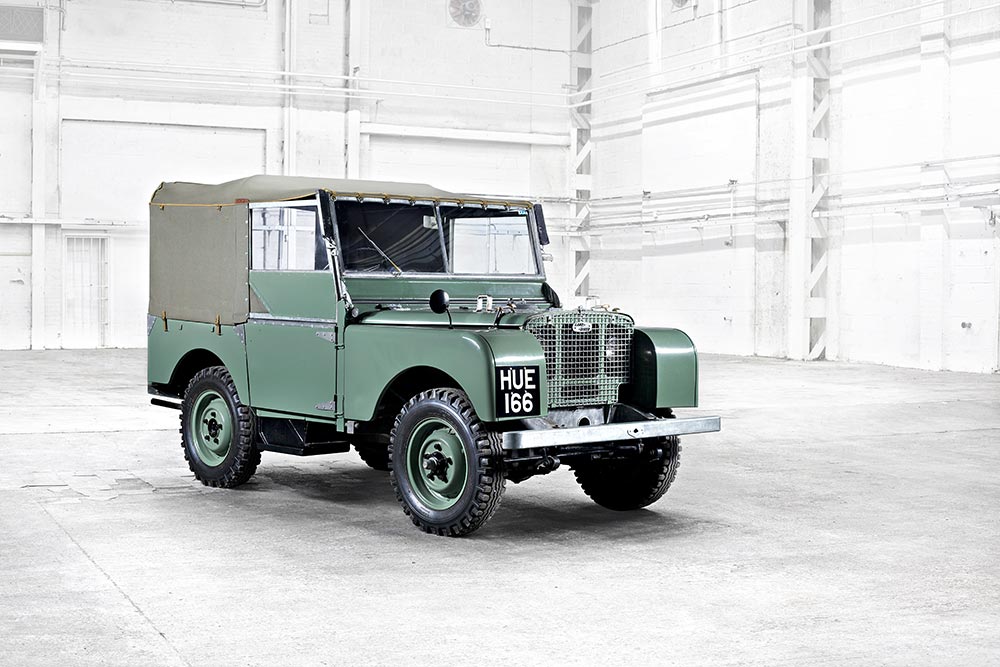 If you’re in the market for a vintage car but don’t know where to start, we’re here to help with recommendations across four budgets.

The Mazda MX-5 is the embodiment of a 1960s sportscar for the ‘90s. First shown at the 1989 Chicago Auto Show, it is the most successful two-seater roadster of all time. The reason is simple: it is a back-to-basics, fun-to-drive roadster. Not the fastest or flashiest but compact size and light weight ensures that the MX-5 remains a blast to drive – a result of careful Japanese engineering and attention to detail. The first generation (NA) is the first choice, although the NC (third generation) is also pretty good, if a little pricier. 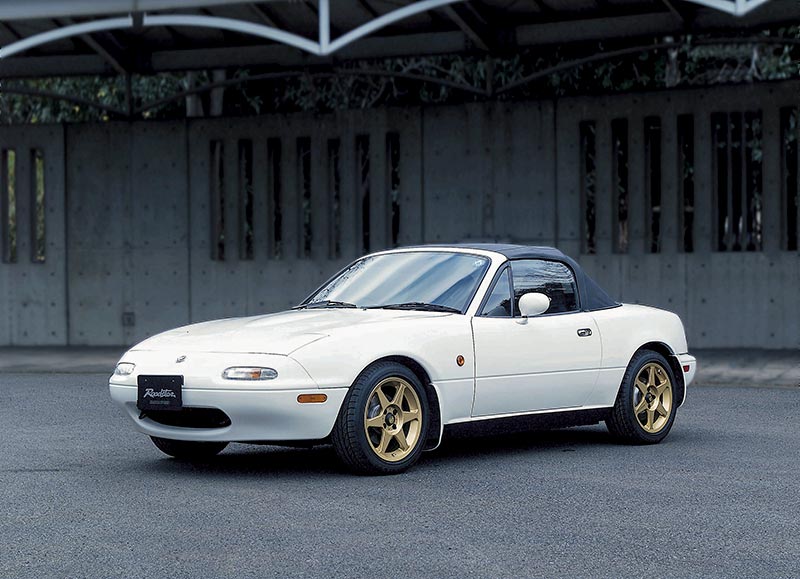 Don’t get me wrong. I understand that the W123 will not be on many “cool lists” but somehow there is something admirable about the reserved, functional and built-to-last nature of the W123. It was a sensible choice when new and remains so today. And that’s pretty cool, right? Built over 10 years from 1976, the W123 is known for its reliability and quality. Many were made and are still in use (the diesels are popular in the taxi trade), making parts availability good. Prices range depending on engine variants (2.0-litre inline-fours to 2.8-litre inline-sixes) and condition, with some of the more popular models starting to push R200 000 (with the two-door CEs fetching even more). 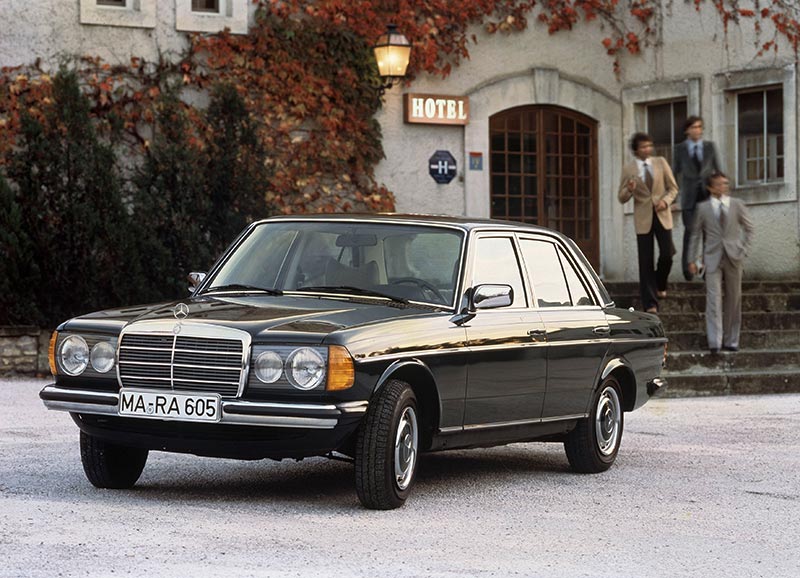 The MGB remains a quintessential British sportscar offering open-top motoring combined with spritely handling and reasonable performance. Launched one year after the Jaguar E-Type in 1965, it became a massive showroom success, given its sporty looks and affordability. The GT variant is a Pininfarina-styled two-door and offers the same dynamism but at a more affordable price. And it looks great. Earlier models demand greater prices as later versions swapped chrome for rubber bumpers and sport longer suspension travel due to US regulations, impacting handling and looks. It remains one of the easiest entry points into classic-car ownership. If the 1.8-litre B-series engine is too weak for you, the GTC offered a 3.0-litre six-cylinder. 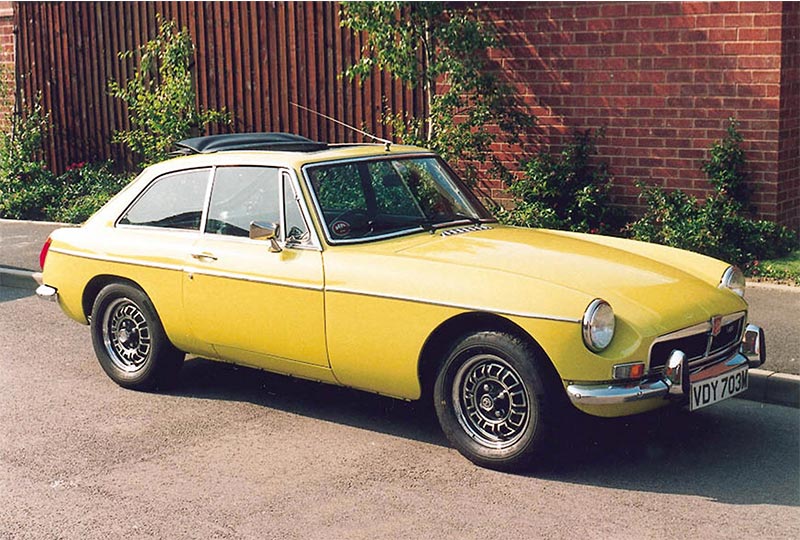 Mini: Does size matter? The Mini is often scoffed at as a serious contender for classic-car ownership. But, very few can boast its pedigree (being owned by royalty and movie stars) and combine this with cool looks and actually be fun to drive.

Volkswagen Beetle: Another true classic that we see so often that we don’t immediately consider its status. Naturally, earlier models fetch higher prices, but later models are cheap, full of character and spares are readily available.

This may not be the first or most desirable performance saloon around, but the E34-generation brought the M5 nameplate into the modern era. It certainly played a major role in defining the large performance-saloon segment. Prices have risen recently but it remains an affordable future classic that warrants consideration. The M5 boasts a stylish and understated design, neat interior and serious-enough hardware to continue to make it an entertaining drive today. Under the bonnet sits a super-smooth S38 3.6-litre, inline straight-six that lets out an addictive howl when pushed. 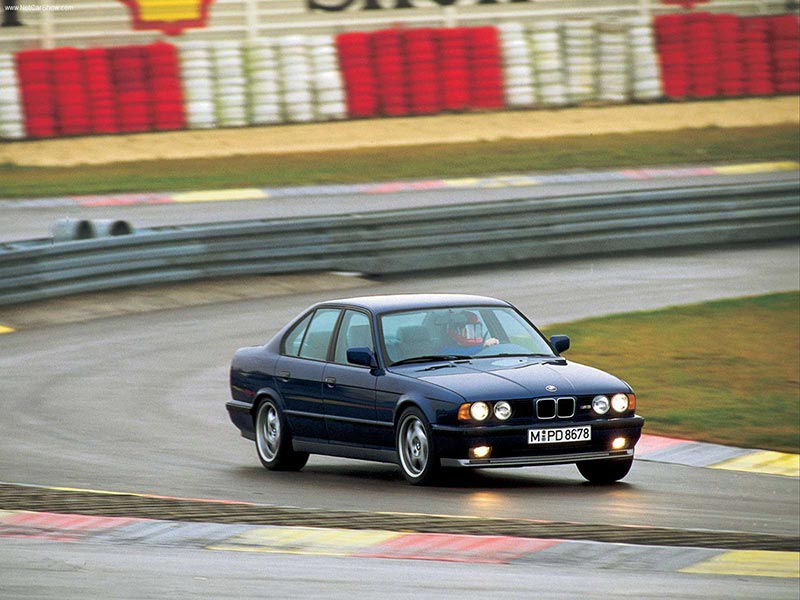 This may be hard to believe but, when the Alfa Romeo Spider Series 1 was first released in 1966, it was not kindly received by the media. They found its looks off-putting. And they may have been right, since the Spider does have a peculiar look, especially its rear. Yet, that all became inconsequential when Dustin Hoffman drove one in The Graduate, ensuring soaring sales and a largely unchanged look deep into the 1990s. Some would say that the Series 1 remains the most desirable (also known as the Roundtail), followed by the Series 2 (Kamm tail) in 1970, Series 3 (Duck tail) in 1982 and the Series 4 (Final) in 1991. The more modern variants lack the quaintness of the earlier models but do offer uprated mechanics and more powerful engines. 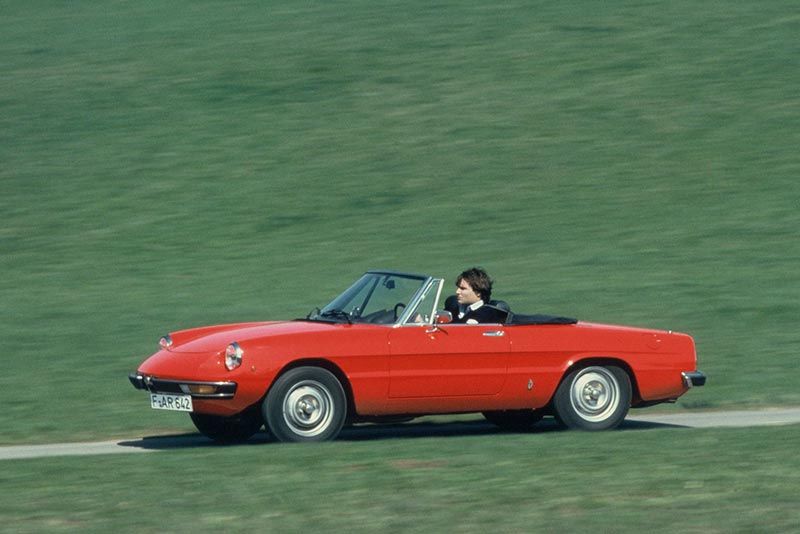 Let’s be clear. The precursor to today’s Defender was designed solely to be an off-roader. And it managed to do this with such competence that the company managed to keep things going for over six decades. Okay, with a few significant updates scattered in for good measure, but the point is that the Defender is a legendary vehicle. Yet, it is also a bit of a nightmare to live with, especially when you are not using it for its intended purpose. Let’s just say that it has “character”. To be perfectly honest, that is good enough for me. Prices range significantly given condition and age, so find one that fits your budget and needs (short-wheelbase versus long-wheelbase, and closed cab or open). 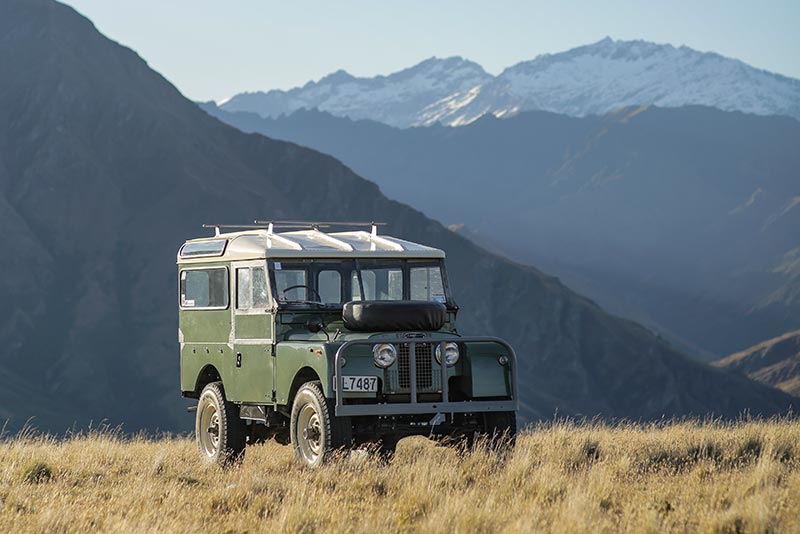 BMW Z3 Roadster: This is a very strong contender for a future classic. Its styling is just weird enough for it to become endearing as time progresses. Besides, if it is good enough for James Bond… The M variant is already highly valued, making the rest of the range a good alternative. They are prone to abuse, so find a clean example and keep it.

Porsche Boxster (986-generation): Go and have a look at our Boxster feature for more on this model. It remains a first choice but putting it in this section has allowed us to sneak in the Land Rover.

Few cars are as iconic as the Ford Mustang. It is perhaps a bit of a cheesy option yet, if viewed only on its merits (and ignoring the customised, dropped and rimmed versions out there), the Mustang offers smart styling, relative affordability and true heritage. It has defined a company, an industry and an era – an achievement few other cars can match. The most collectable models are those made in the 1964-’65 years, as well as any that Shelby had got hold of. Other production years sport minimal changes and much lower price tags. Parts are generally available but imports will be common. Beware of cheap restorations and abuse. 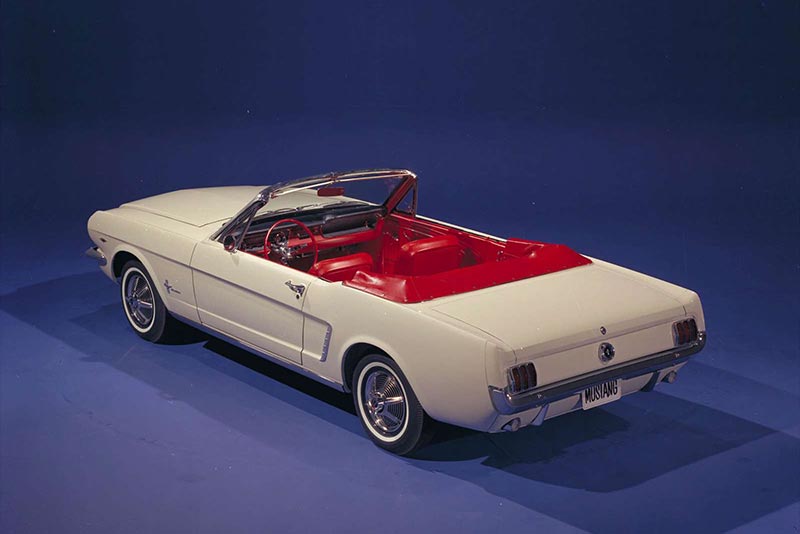 The Mercedes-Benz SL is the worst-kept secret in the world of classic Mercs. They are all collectable, with prices for the earliest examples fetching more than R2.5 million. The predecessor to the R107 is the W113, already with starting prices north of R1 million. The R107 is bound to follow in its footsteps. Prices for the R107 jumped significantly over recent years (easily hitting R750 000 for great examples) but have softened recently, offering a great opportunity for investors. Overall, it is a reliable and easy-to-maintain option, with fewer bells and whistles compared with the later R129. My choice will be the early 280SL although V8 fans could opt for the 380SL. Be careful of great-looking restorations hiding trouble spots. 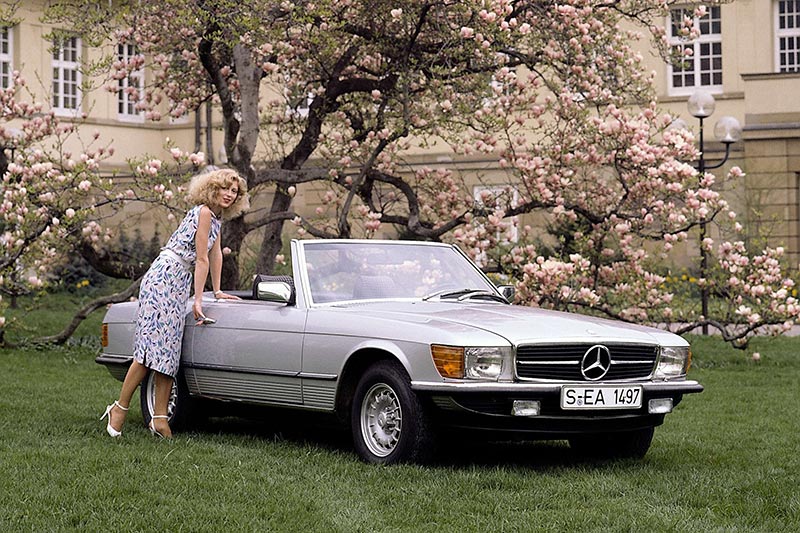 Toyota first introduced the Land Cruiser into South Africa when it imported 12 FJ-45 bakkies. After selling only 15 units in its first year, it now sells many thousands. It has become a mainstay in the South African market and early FJs are legends in the 4×4 fraternity. The “J” stands for Jeep and the F is a designation given to its petrol variants (the BJ is diesel powered). The range consists of numerous dimensions, such as the 40 and 45, and body styles (bakkie or closed canopy). The older you go, the more rudimentary the vehicle, which is great … unless you prefer ABS and the like. 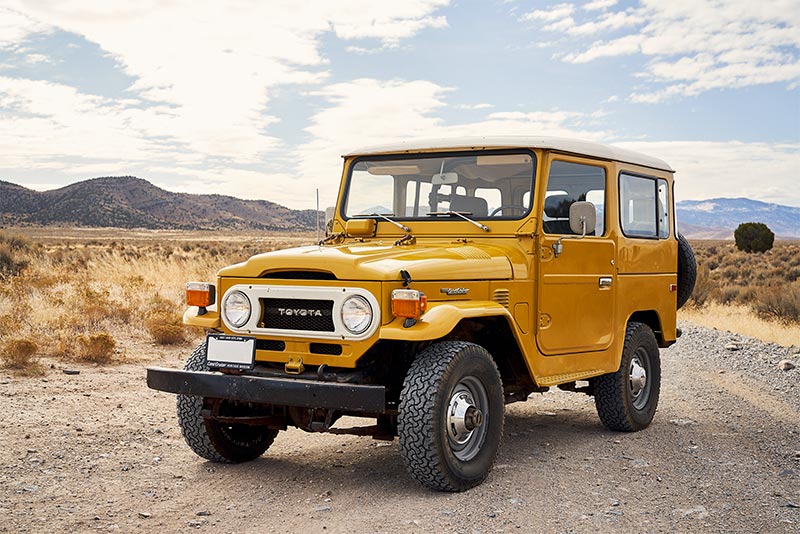 Aston Martin V8 Vantage: This borders on being a modern classic but I just couldn’t resist adding the V8 Vantage to this list for the simple fact that I adore the Aston Martin brand and being able to snatch up a V8-powered sportscar for these prices is a crime. Although, maintenance and upkeep may catch up with you. If you can find a manual version, you will be happy.

Austin-Healey 3000: If you have a soft spot for British classics, the 3000 will have you weak at the knees. It is referred to as the “Big Healy” to differentiate it from the diminutive Frog Eye. It offered a 3.0-litre inline-six and, despite being dubbed “big”, boasted great handling and racked up a prestigious racing and rally career.

In an Aston you can be James Bond. In a Ferrari, you can be Magnum, P.I. Pretty cool, right? While there are certainly more desirable Ferraris, the 308 GTS/B offers a tantalising opportunity to own a Cavallino Rampante. It is actually the original popularity of the 308, as a result of its television exploits, that ensures its relative current affordability. But, this also means that you have the opportunity to find a good example and parts will be more readily available. Penned by Fioravanti, the car looks spectacular and it houses a spritely 3.0-litre V8. Later versions had steel bodies and are less collectable. 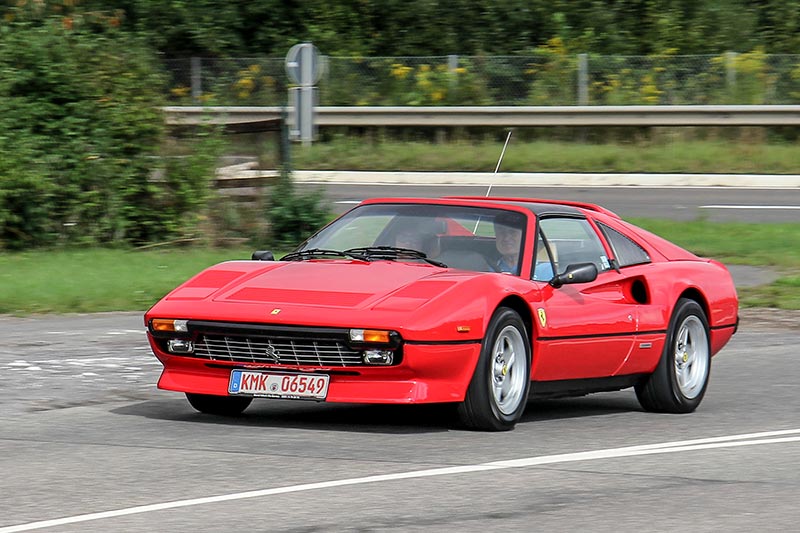 When a car is made purely to allow a manufacturer to go racing, it is special. When that manufacturer is Porsche, it is very special. And if the car in question is a 911, well then you have the embodiment of temptation. So, the 1 858 units were produced to allow Porsche to compete in the GT3 endurance category and, with the lack of a 996.1 RS, the GT3 represents the epitome of 996 ownership. Besides, just check that spoiler. Underneath the outlandish bodywork, the car featured many weight-saving modifications and uprated brakes and suspension. It was good for reaching 100 km/h in 4.8 seconds. Plenty quick for 1999. Subsequent generations (996.2 and 996.3) also offered GT3 variants, broadening the price range. 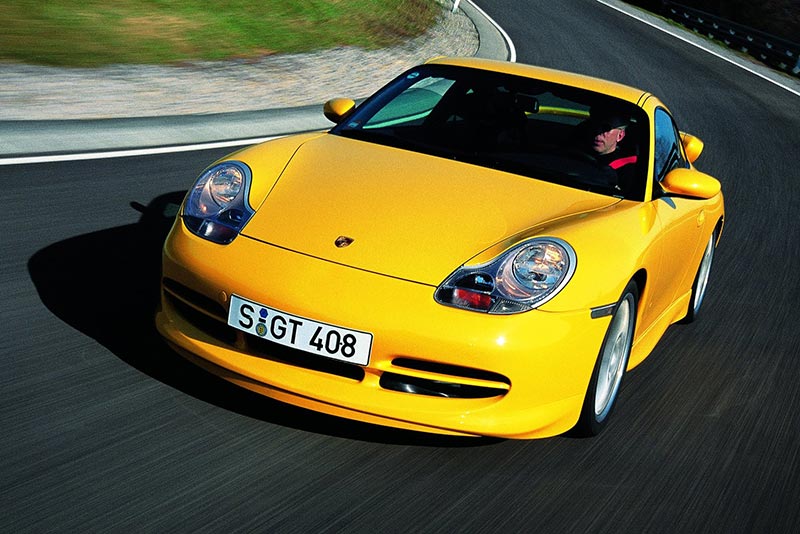 The 6.9 is simply the epitome of both luxury and performance. For many, it represents the first true super saloon and laid the groundwork for the rise of BMW M and AMG. It was launched in 1975 with the largest engine ever fitted to a post-war Mercedes-Benz – a bored-out version of the 300SEL’s M100 V8. This meant that the limousine could race to 100 km/h in a claimed 7.8 seconds. Yet, at its core it remained a W116, offering luxury and refinement throughout. 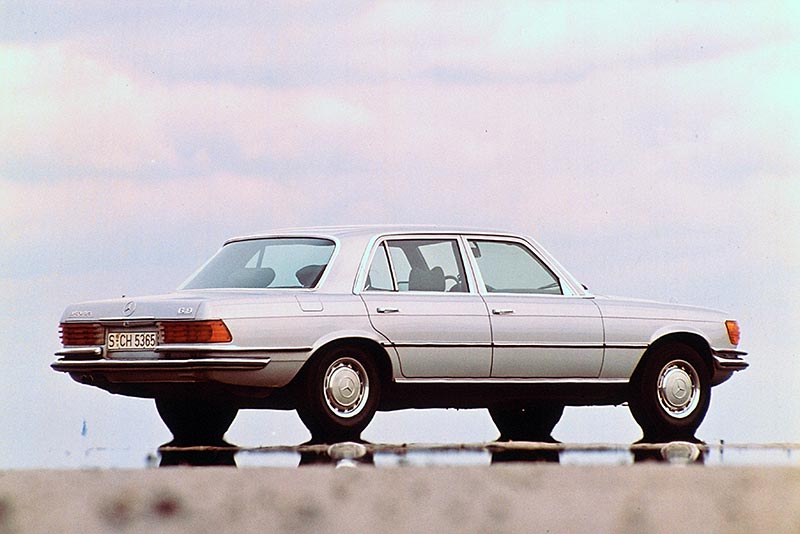 Rolls-Royce Corniche Convertible: When the world is not enough… At the time, the Corniche was one of the most expensive vehicles you could buy (about five E-Types, to be exact), which is testament to its status and quality. Build, ride and performance are superb. The 6.75-litre V8 is just lovely. They were generally built to last and are known to be very reliable, but when things do need fixing, it will cost you dearly.