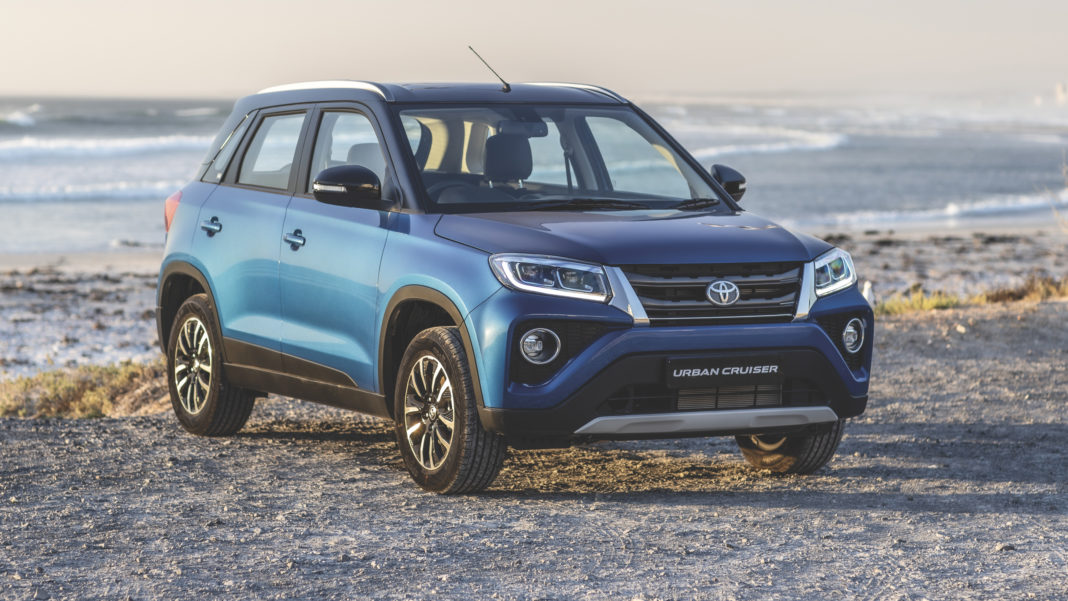 The country’s top-selling brand is eyeing a hefty slice of the sub-four-metre crossover pie with its new (Suzuki-based) Urban Cruiser.

– offers only two airbags; a little dearer than the Vitara Brezza

South Africans love a Toyota, don’t they? While the venerable Hilux has been dominating the local sales charts for half a century, the firm’s line-up includes a raft of other strong-selling vehicles, too. The Hiace, Fortuner and Corolla Quest, for instance, are routinely among the nation’s most-bought vehicles.

Now there’s another name to add to the lengthy list. Technically, though, it’s not a Toyota. Just like the Baleno-based Starlet – itself an overnight sales success – the new Urban Cruiser is a Suzuki through and through. Though that needn’t be considered a bad thing.

Based on the Vitara Brezza and produced at Maruti Suzuki’s Gurgaon plant in India, the Urban Cruiser sits at the base of Toyota SA Motors’ crossover range. Like the majority of budget cars imported from the South Asian country, the newcomer measures just short of four metres but benefits from a reasonably roomy cabin thanks to its 2 500 mm wheelbase.

While the Urban Cruiser gains a model-specific front end, the cabin is virtually identical to that of the Suzuki, bar the Toyota badge on the steering wheel. The latter lacks reach adjustment, though is trimmed in leather in this flagship XR derivative.

The dashboard and interior door panels are fashioned from hard plastics common in this segment but they at least take on a pleasing textured appearance. Though overall build quality is solid, the Urban Cruiser’s cabin doesn’t feel quite as sophisticated as that of Kia’s box-fresh Sonet.

Items such as keyless entry, a seven-inch touchscreen, rear parking sensors and LED headlights are standard across the five-strong line-up, while this XR variant adds niceties like cruise control, rain-sensing wipers and a cooled storage compartment. Regrettably, even the top-spec model misses out on stability control and makes do with dual airbags.

The Urban Cruiser offers a suitably lofty driving position, while ground clearance comes in at 198 mm. Despite standing tall on its 16-inch wheels, the crossover feels light-footed during enthusiastic cornering and composed over corrugated tarmac.

That said, since the Urban Cruiser is somewhat of a featherweight, it seldom feels underpowered. The old four-speed torque-converter automatic is surprisingly well mannered and, despite employing fewer cogs, makes for more refined highway cruising (owing to lower engine speeds in the highest gear) than five-speed manual models.
Whatever your opinion on badge engineering, there’s no denying this arrangement works for Toyota, particularly in terms of budget cars.

The Japanese giant has cleverly leveraged Suzuki’s ability to engineer stellar little vehicles, with the Toyota-badged version already outselling its slightly cheaper Suzuki cousin despite a shorter warranty and service plan. That goes to show the value South African buyers place on the Toyota badge and the brand’s vast dealer network.

The new Urban Cruiser represents the best of Suzuki but with a Toyota badge (and everything that comes with it). The four-speed auto isn’t nearly as dire as you might expect, though there’s better value towards the middle of the range.