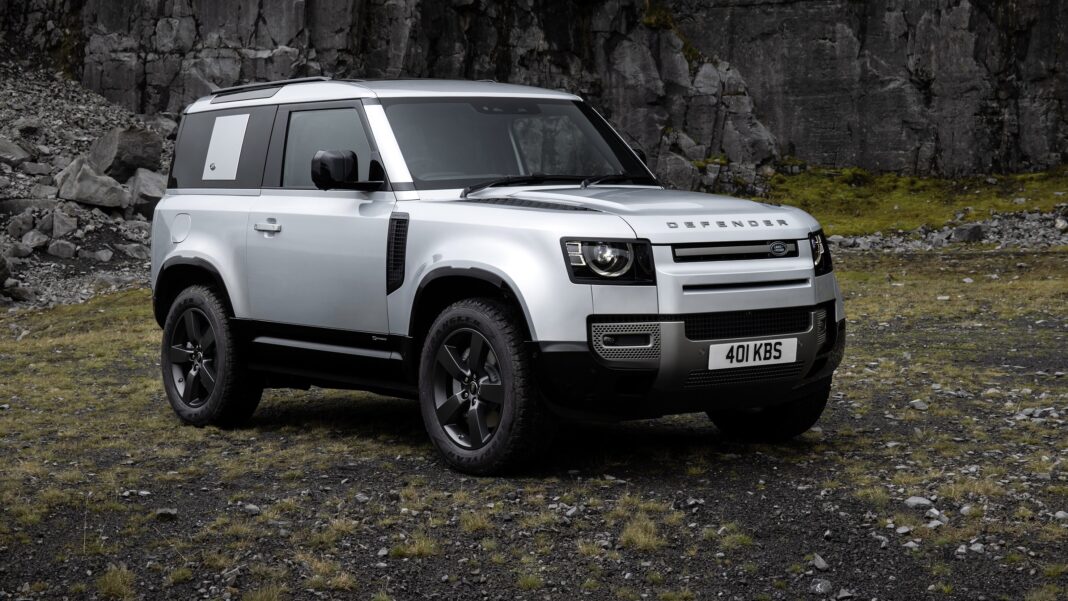 It’s not easy creating a successful sequel to an iconic vehicle. Has Land Rover managed to do exactly that with the new Defender 90?

– a bit too pricey for most; barely cheaper than the 110

Producing a sequel to a film widely regarded as a classic can be a daunting task. Often, compared with the first instalment, such an attempt fails miserably when it comes to winning favour among critics and garnering the desired results at the box office. The same applies to the automotive industry, especially when it comes to vehicles as iconic as the Land Rover Defender.

“The new Defender is an amalgamation of retro styling, innovative technologies and true-to-its-roots off-road ability”

When the British marque announced a second-generation version was in the works, enthusiasts seemed wary, with many criticising the sequel before it had even premiered. Dyed-in-the-wool Defender aficionados, for instance, were taken aback the new model would abandon the rudimentary ladder-frame roots that had served it well for so long. Still, the second iteration of the Defender nameplate has proved a smash hit (it’s now the brand’s best-seller), perhaps in part because of its switch to a unibody configuration rather than in spite of it.

The latest Defender is an amalgamation of retro-inspired exterior styling, innovative technologies and true-to-its-roots off-road ability. Indeed, the automaker says the short-wheelbase version is not only the most connected Land Rover to date but also the most capable. So let’s start there, with the new 90’s capabilities.

In the confines of the city, the three-door Defender fares remarkably well. With its predecessor’s on-road driving manners in mind, the second version is far better suited to urban environments. Endowed with the Whitley-based automaker’s D300 motor, the new 90 delivers a sophisticated driving experience. The twin-turbo 3.0-litre inline-six oil-burner develops a generous 221 kW and 650 Nm, with the latter available as soon as the digital tachometer needle hits the 1 500 r/min mark. This, together with the smooth-shifting eight-speed automatic transmission, allows for effortless overtaking during open-road driving.

The steering is well weighted, facilitating precise handling. It feels suitably light when manoeuvring in tight parking bays but firms up just the right amount when cruising at speed. Although fitted with a set of 20-inch alloys as standard, the Defender 90’s ride is supple. Owing to its boxy dimensions (it measures 4 583 mm long, 2 008 mm wide and 1 974 mm tall), body lean is certainly present through the bends. Still, this is expected of an SUV standing this tall and boasting ground clearance of 225 mm. The driving position is spot on, with the 14-way electrically adjustable, heated and cooled front seats and the electrically operated steering column affording the driver a clear look at the optional head-up display (R20 100) and a commanding view of the road ahead.

With likewise optional air suspension fitted to our X-Dynamic HSE unit, ground clearance can be increased to 291 mm with the touch of a button when exchanging town roads for those less travelled. Set to the loftiest position, the additional ride height provides for approach, departure and break-over angles of 37.5 degrees, 40.0 degrees and 31.0 degrees, respectively, plus an impressive wading depth of 900 mm. Further enhancing off-road capability, this test unit is fitted with an R11 300 off-road pack that includes Terrain Response 2 and all-terrain progress control.

Opening the doors of the 90 X-Dynamic via keyless entry reveals a minimalist (by modern standards, at least) cabin featuring an array of convenience and safety items. As standard, this derivative ships with Jaguar Land Rover’s Pivi Pro touchscreen infotainment system. Arguably one of the user-friendliest arrangements on the market, this set-up features items such as Apple CarPlay and Android Auto functionality along with satellite navigation and a 360-degree surround-view camera system. Adaptive cruise control, blind-spot monitoring and lane-keeping assist are furthermore included in the suite of driver assistance systems. Despite making do with less space in the rear compared with the long-wheelbase Defender 110 (tested in issue 01), the 90’s second-row bench is surprisingly usable, as is the luggage compartment.

Producing a critically acclaimed sequel to an iconic vehicle is an endeavour many manufacturers have attempted and failed. With the new Defender, however, Land Rover has succeeded in producing a second instalment that completely exceeds expectations.
The six-cylinder motor, eight-speed self-shifter and (optional) air suspension result in polished driving characteristics, both on- and off-road, while the X-Dynamic HSE level of specification includes plenty of convenience and safety features. In short, the second-generation Defender 90 is a true all-round SUV and a fitting follow-up to the original, even if it does things differently to its forebear. 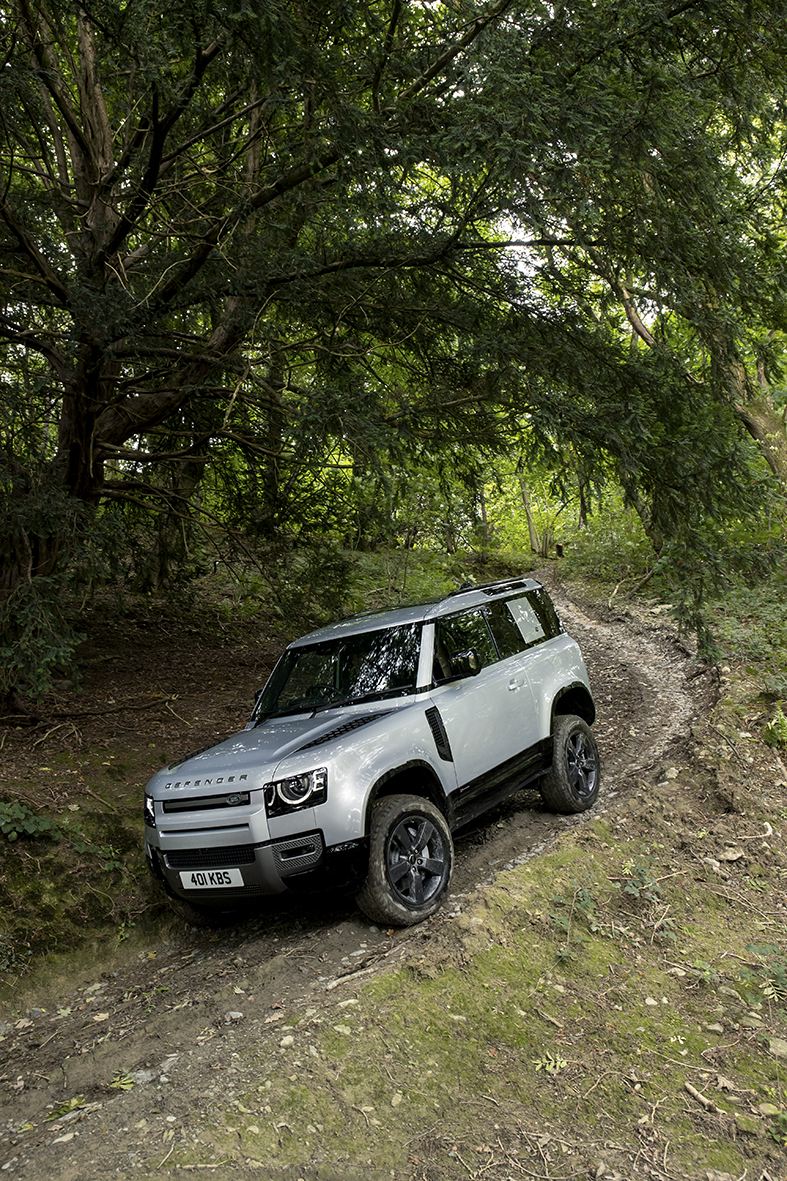 The Defender 90 is as capable in urban environments as it is off the beaten track. The short-wheelbase version is the more charming of the two available body styles and in D300 X-Dynamic HSE guise, this three-door model gains an even more sophisticated persona.