Home Features Embarking on Rally to Read with Ford SA 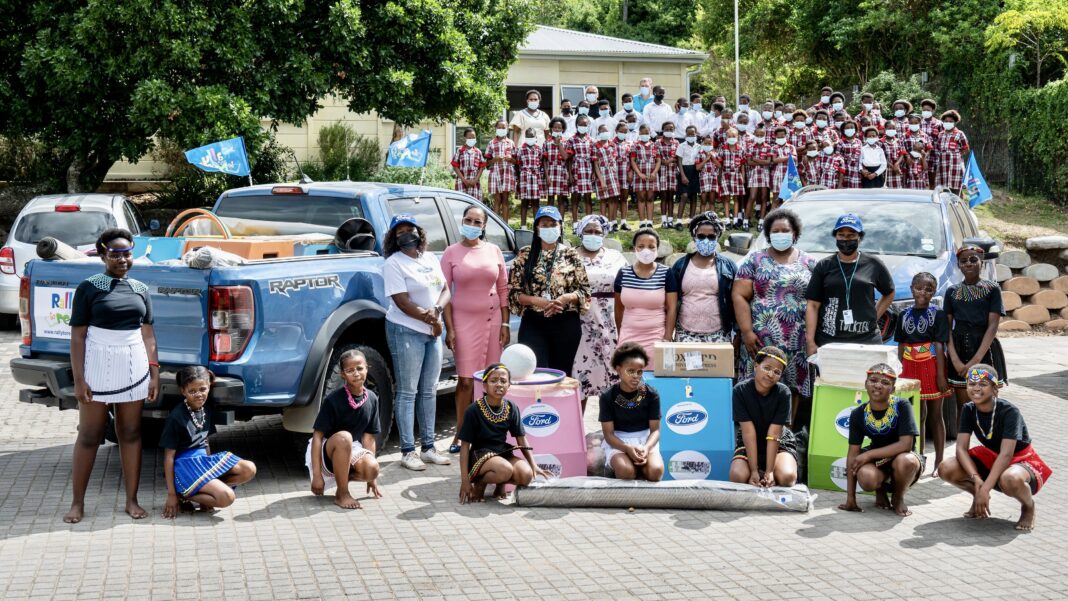 Earlier this year, Ford South Africa continued strengthening its commitment to youth empowerment. The local arm of the Blue Oval brand donated a generous R1.36 million to the READ Education Trust to fund the Rally to Read in the Eastern Cape. 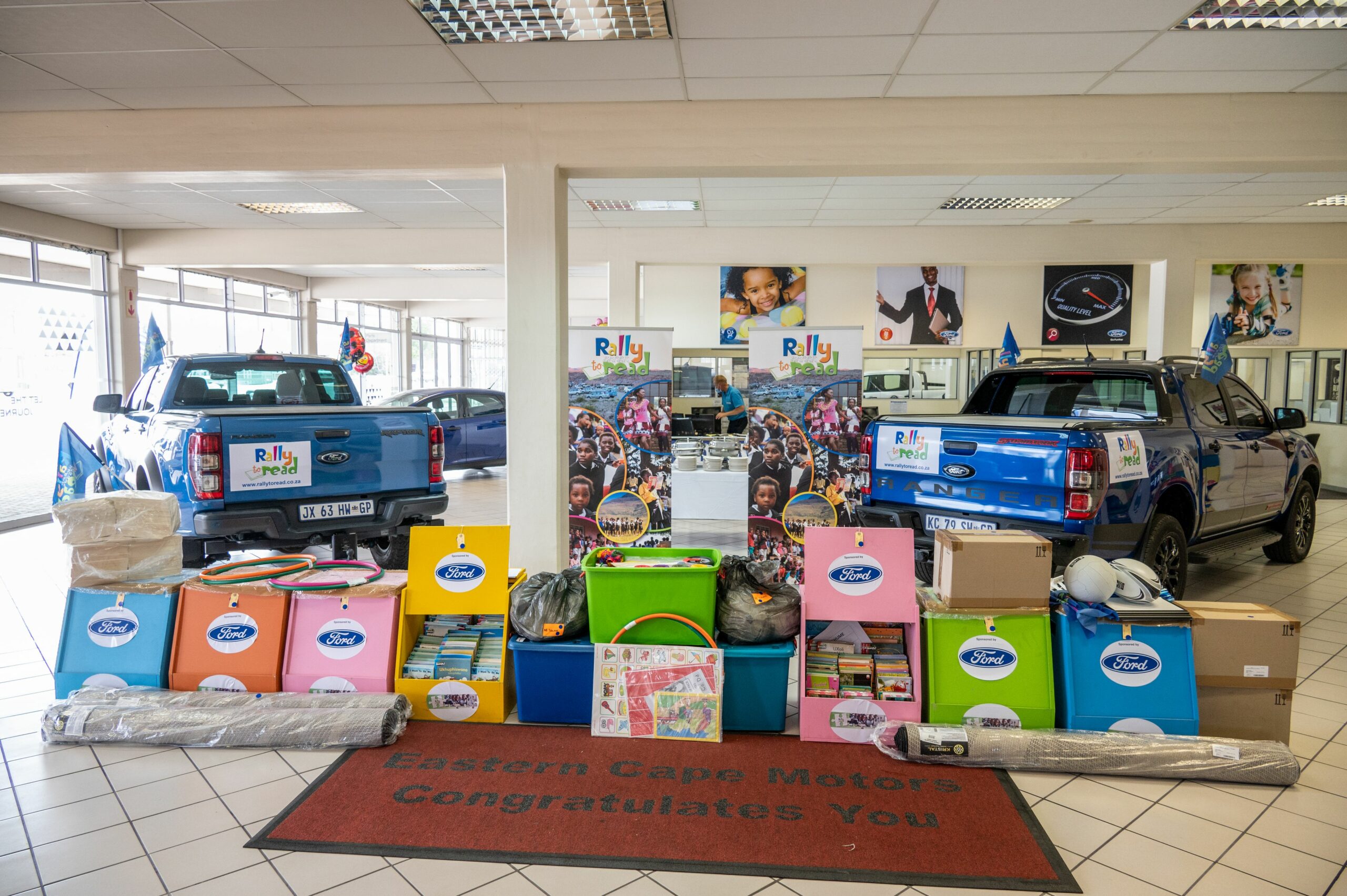 A partnership that spans more than two decades (23 years, to be exact), the project is aimed at education and literacy, with the programme donating and distributing “almost” 7 000 books, with “around” 4 100 school learners benefitting from the initiative. The project will span three years. The first year is aimed at Foundation Phase (Grades R to 3 learners, which will be followed by learners in the Intermediate Phase (Grades 4 to 7).

“Ford’s contribution has given children the knowledge, confidence and skills”

“Ford’s involvement with Rally to Read dates back to 1999. This has enabled the Rally to continue working in rural communities in the belief that literacy goes beyond the four walls of the classroom,” said Brand Pretorius, steering committee member of the Rally to Read. “Ford’s contribution has given children the knowledge, confidence and skills to be active citizens that contribute to society, and that is priceless.”

“Rally to Read enables children to bridge the reading gap and progress to high school and even, in increasing numbers, to university. The formula is straightforward: give our children a chance to learn, retrain teachers to help them, and watch both groups flourish as a result,” Pretorius added. 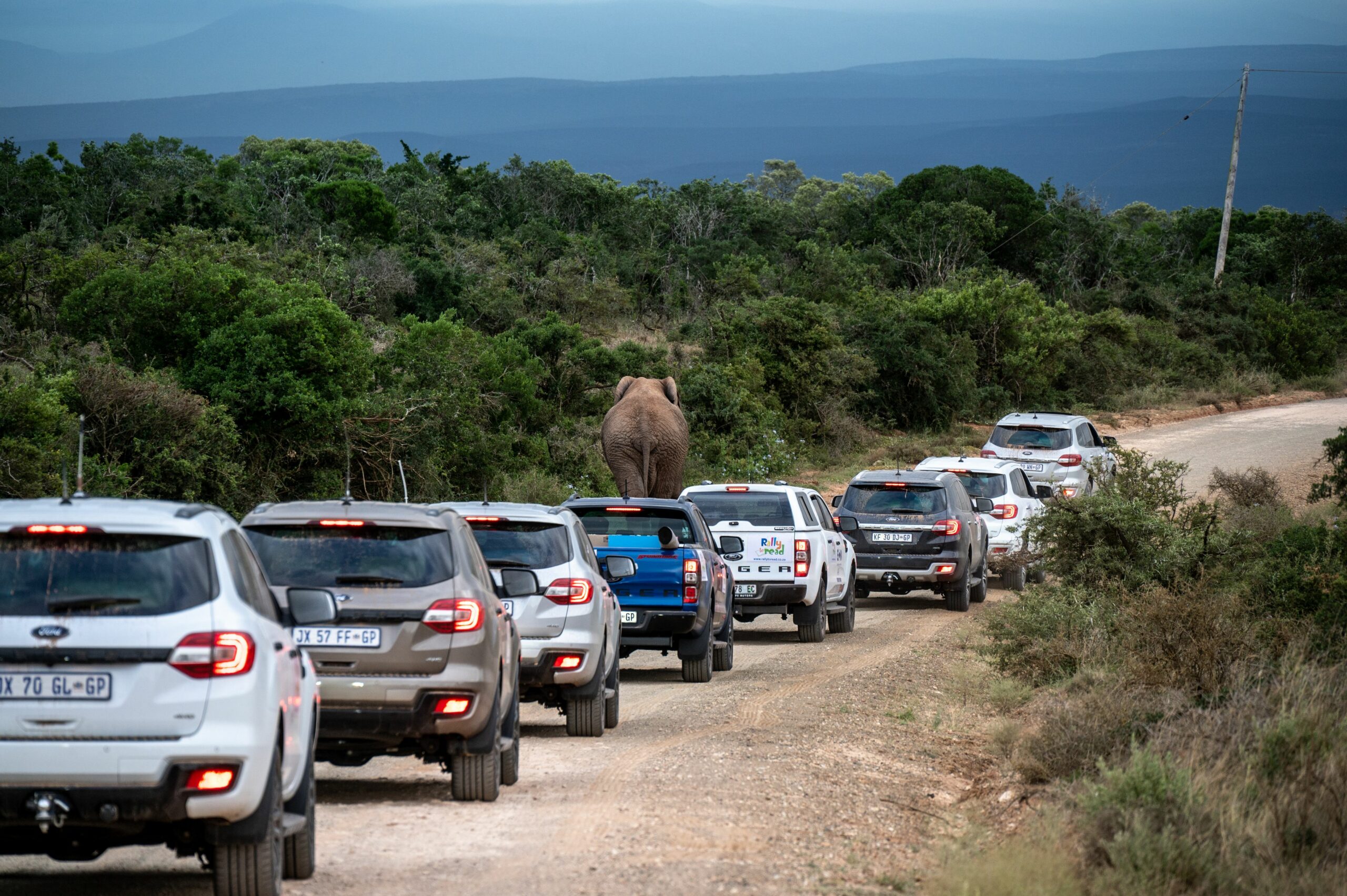 APEX contributor Brandon Jacobs accompanied Ford SA on this remarkable journey, travelling to eight schools in underprivileged areas in Gqeberha, Kariega and Despatch in a fleet of (previous-generation) Rangers and Everests to deliver books, box libraries, educational toys and games to the learners. He reported back:

“Giving back to the community and the less fortunate is a big part of who I am, as I am from the Cape Flats and have first-hand experience of the everyday struggles and challenges that children in these communities face. I firmly believe that doing every little bit counts and empowering each other with knowledge is the basis of growing and building a thriving and harmonious society. 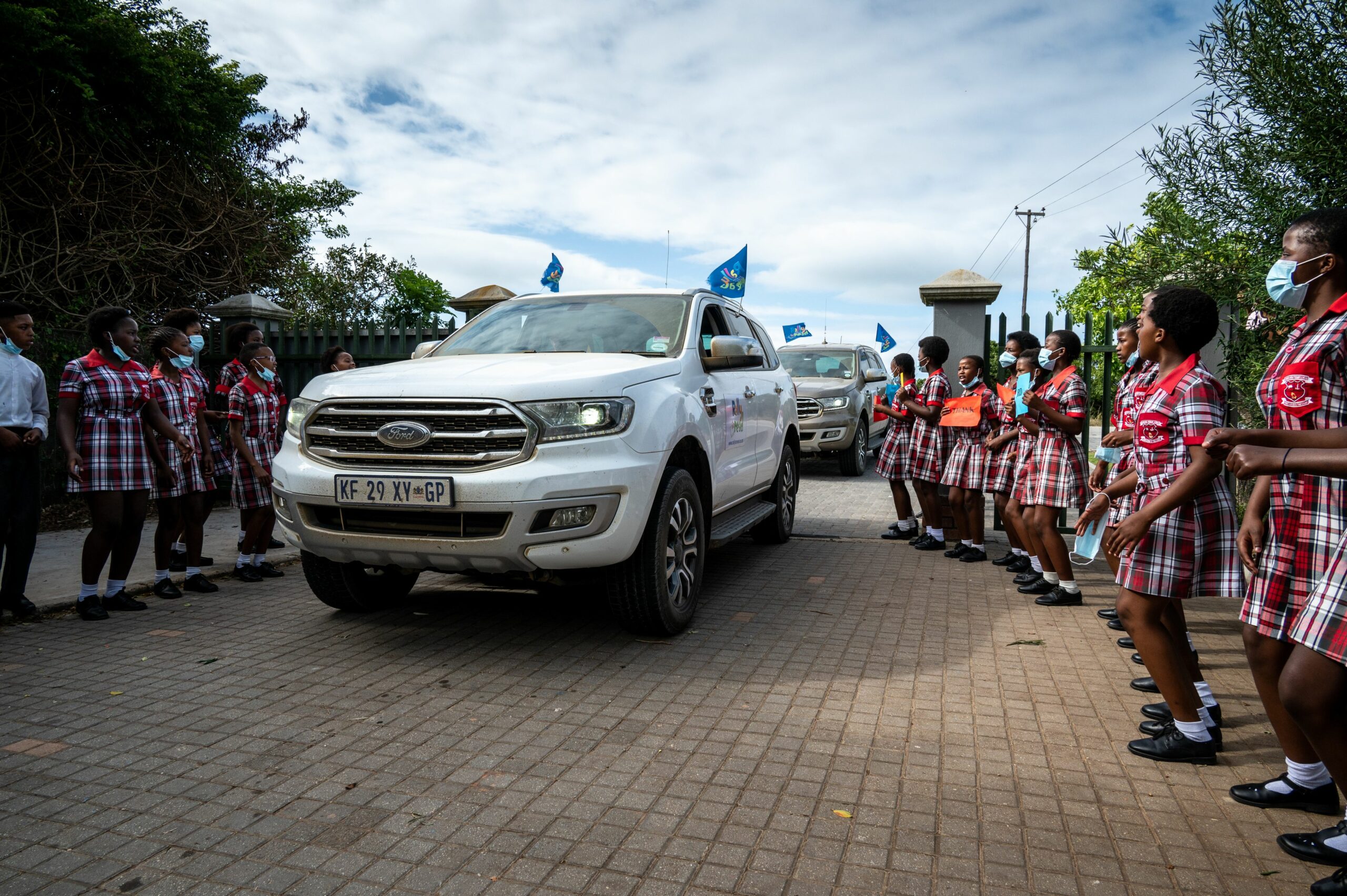 “When I received the invitation to join the Rally to Read initiative, I felt excited and honoured that I would be a part of a well-orchestrated and ongoing programme. On arrival, we were split up into four teams. Each team was tasked to deliver the reading and learning materials to the two schools allocated to them. Our team school allocations were; Empumalanga Primary and Mzomtsha Primary School, situated in Motherwell, a township unsettled by poverty and crime.

“The learning materials were collected from the Eastern Cape Ford Dealership. It was a heavy load comprising books, stationery, toys, and sports equipment. Ford gave us a fleet of their bakkies and SUVs. I drove the Everest XLT. The Ford Everest XLT fared impressively well on the gravel roads leading to our destinations. 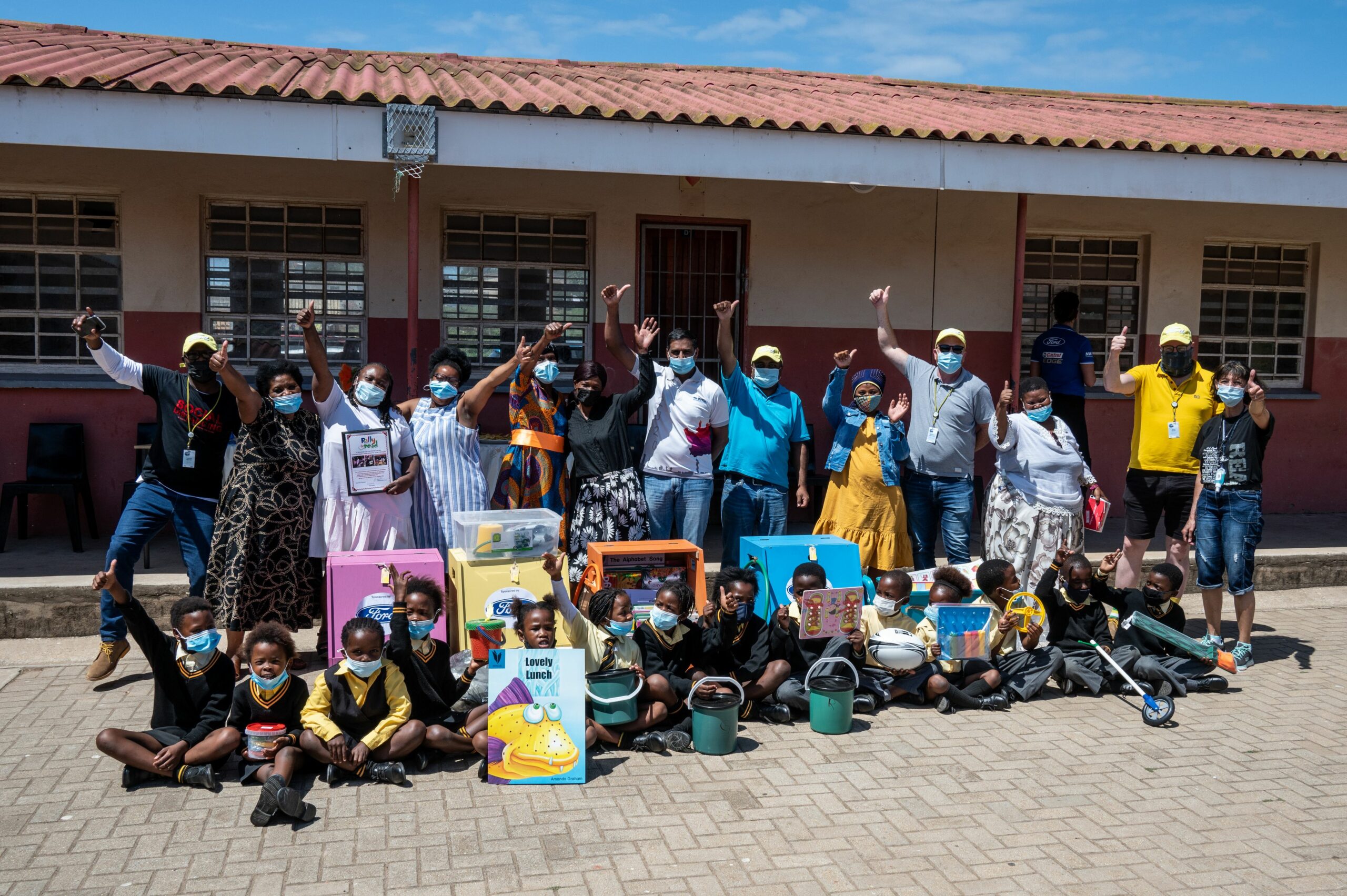 “The welcoming that we received from the children at the schools was joyous and heartwarming. Handing over the learning materials was the highlight of the trip. The children’s faces lit up when they received the books.”