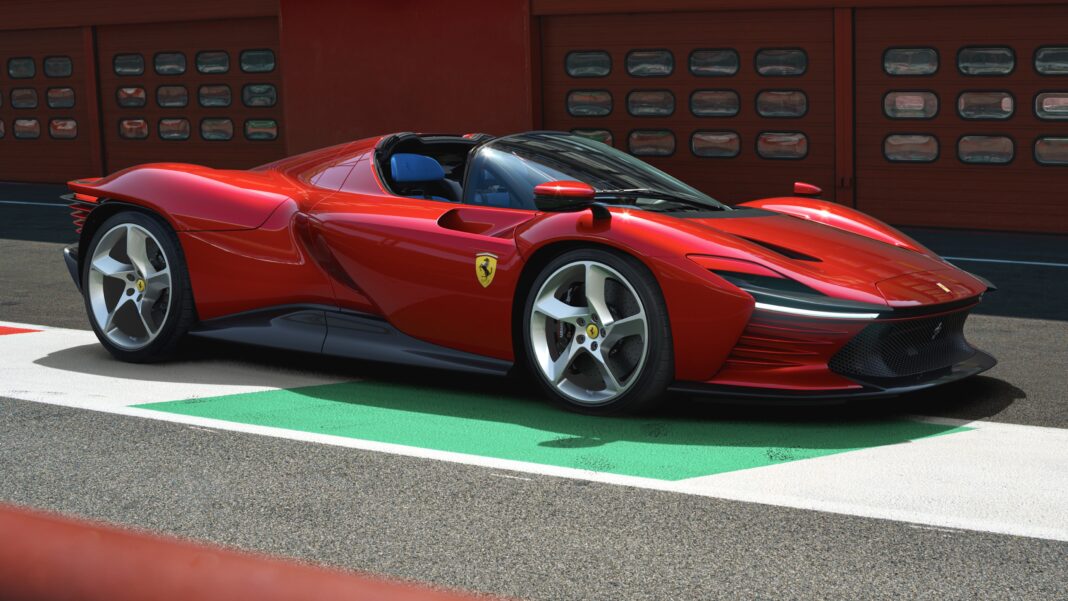 Ferrari has unveiled the Daytona SP3, a limited-edition super car paying homage to the Italian firm’s championship-winning sports prototypes of the 1960s. According to the Maranello-based manufacturer, “From a technical perspective, the Daytona SP3 takes its inspiration from the sophisticated engineering solutions already adopted in racing the 1960s.”

The Daytona SP3 is endowed the most powerful internal combustion engine ever produced by the Prancing Horse brand. Sourced from the 812 Competizione, the naturally aspirated V12 engine produces 618 kW and 697 Nm of torque for a claimed zero to 100 km/h sprint time of 2.85 seconds. Ferrari claims a zero to 200 km/h acceleration tie of “just’ 7.4 seconds. The mid-mounted, 6.5-litre motor revs to a whopping 9 500 r/min red line.

The chassis was “built entirely” from composite materials using Formula 1 technologies. According to Ferrari, these technologies have not been seen on a road car since the LaFerrari. “The seat is an integral part of the chassis,” the firm says, “to reduce weight and guarantee the driver a driving position similar to that of a competition car.”

According to Ferrari, the Daytona SP3 is the most aerodynamically efficient car ever built by the Italian carmaker (“without resorting to active aero devices”, that is). “Maximum” efficiency is achieved by passive aero solutions, such as chimneys that extract low-pressure air from the underbody.

The sculpted exterior design is inspired by Ferrari sports prototypes of the 1960s. The most notable elements are the wraparound windscreen, “clean” double-crested front wings, and butterfly doors. The minimalist interior “aims to guarantee both driver and passenger a snug driving environment by drawing on styling cues typical of competition cars”. The dashboard is separated into an upper and lower section. The infotainment is located at the latter.