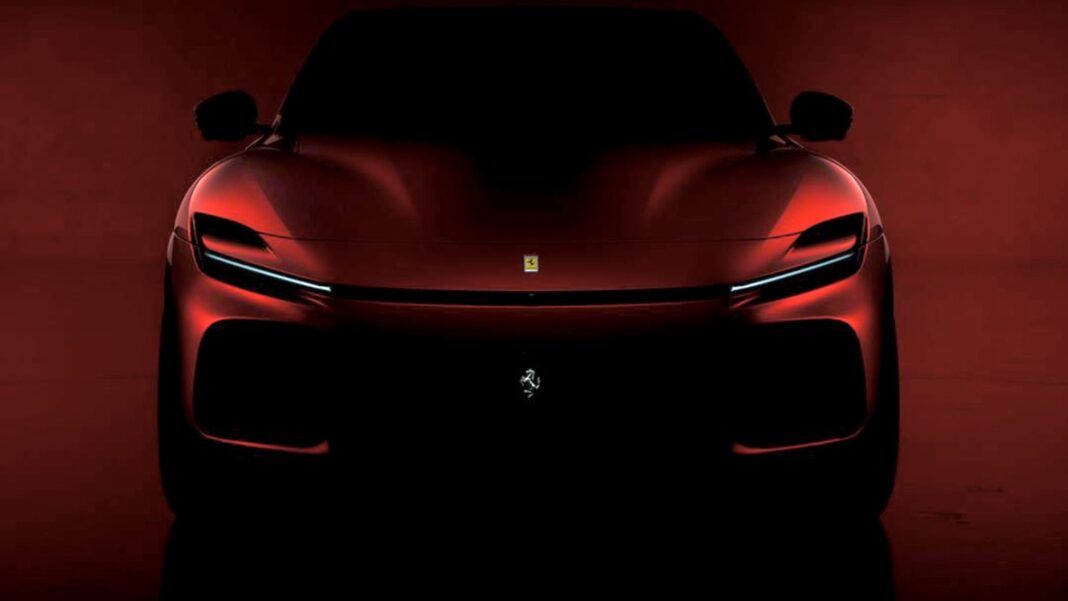 Ferrari has announced when the Purosangue (Italian for “thoroughbred” and “full-blooded”) will make its global premiere, with the Prancing Horse brand saying its first-ever SUV will be revealed in September 2022. 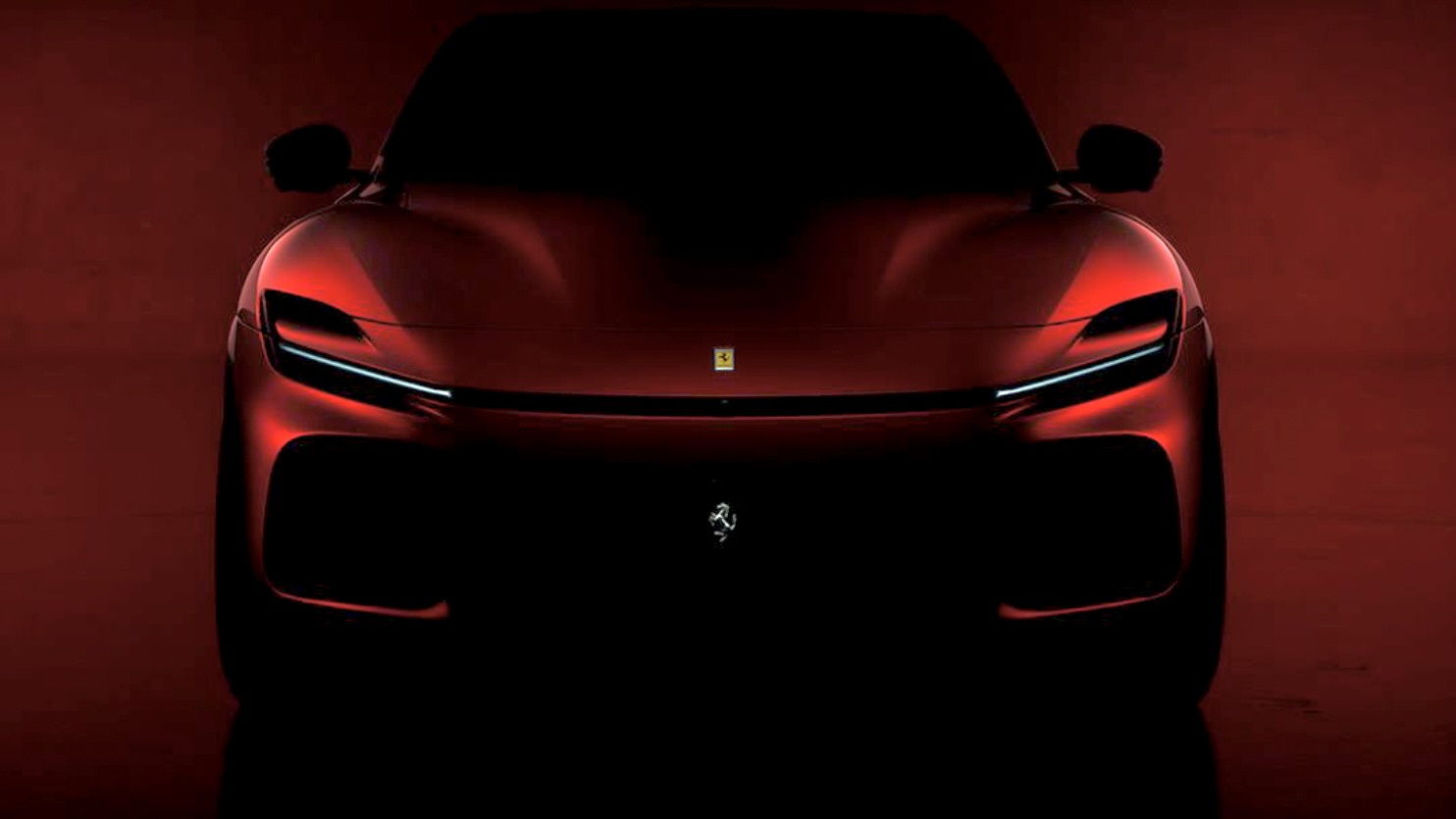 As of now, little is known about the Maranello-based manufacturer’s upcoming SUV. However, in an Instagram post, the company has mentioned, “You’ve heard the rumours… and we’re delighted to confirm they’re true (some of them).”

So, what are the rumours? Well, looking at another Instagram post from the Italian sports and supercar maker that says, “A new Ferrari is coming. Born without compromises, unmistakably Ferrari at heart. Powered by a V12 engine”, the Purosangue, arguably the new Ferrari the company is referring to, will be equipped with the automaker’s V12.

In addition, Autocar has reported that, apart from the internal combustion V12, additional powertrains will be offered in the future. These include a plug-in hybrid V6 (from the 296) and SF90-derived electrified V8. The British publication further expects that a height-adjustable suspension set-up will be present. 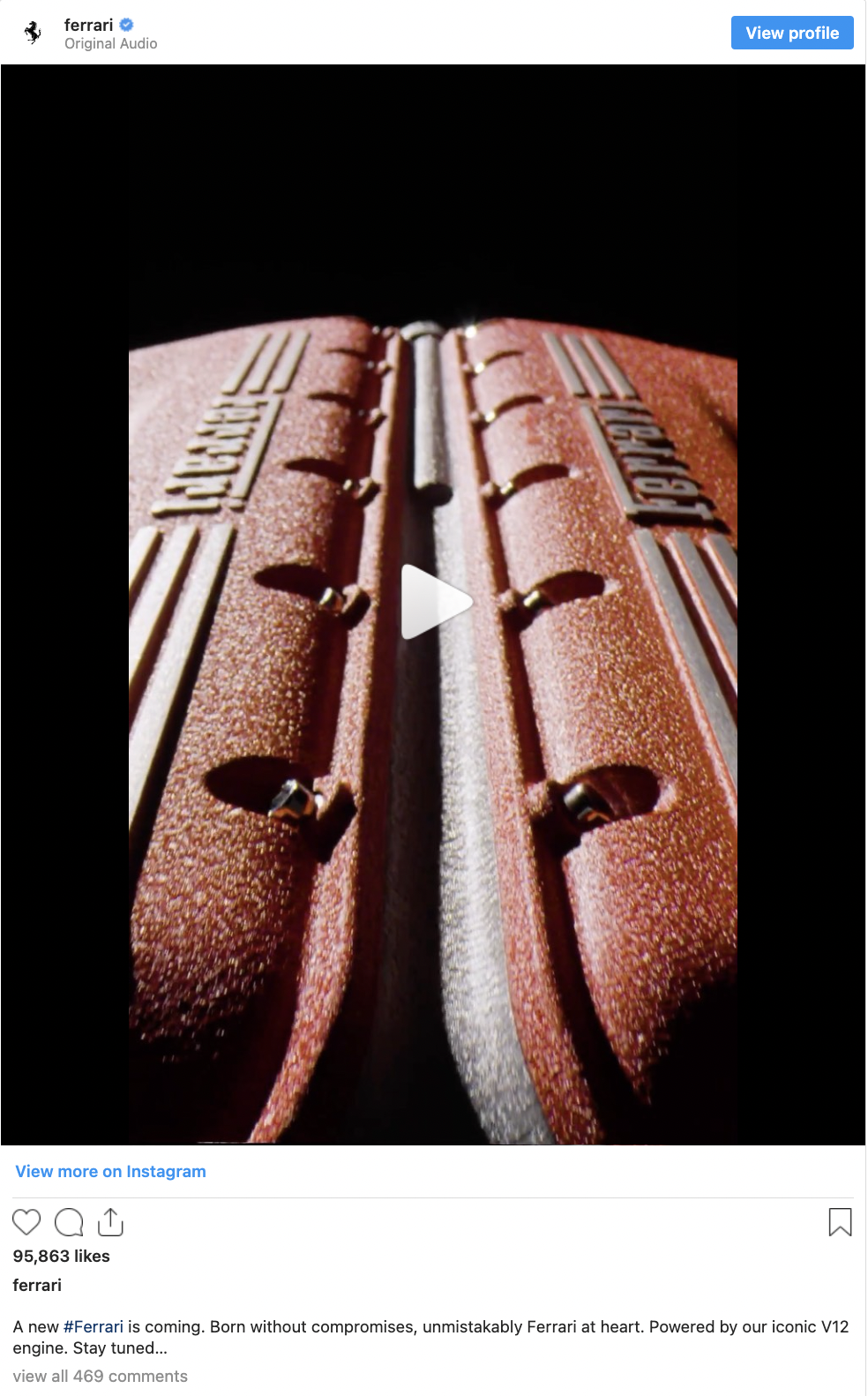 Gear Patrol has further reported that, as this is an SUV, the Purosangue is assumed to feature an all-wheel-drive system. The publication additionally expects the new Ferrari will most likely also be offered with a turbocharged V8.

Regarding its looks, Ferrari has only given us a glimpse of the SUV’s front end. However, although an SUV, an Instagram post by sportscarsbr provided a spy shot of an unwrapped Purosangue and, in true Ferrari fashion, it doesn’t quite look like a traditional SUV. Instead, it seems to remain faithful to the firm’s design language. 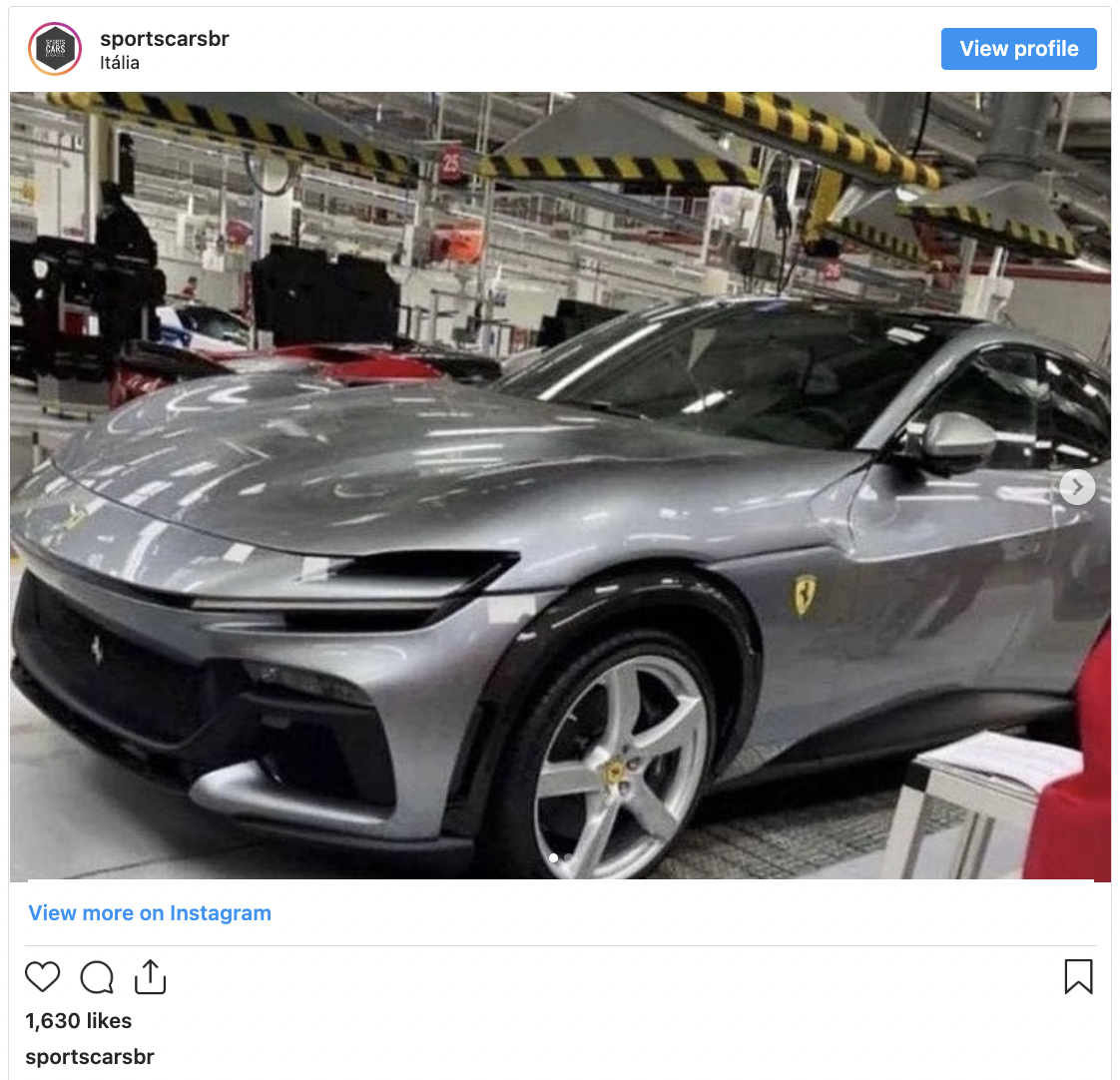