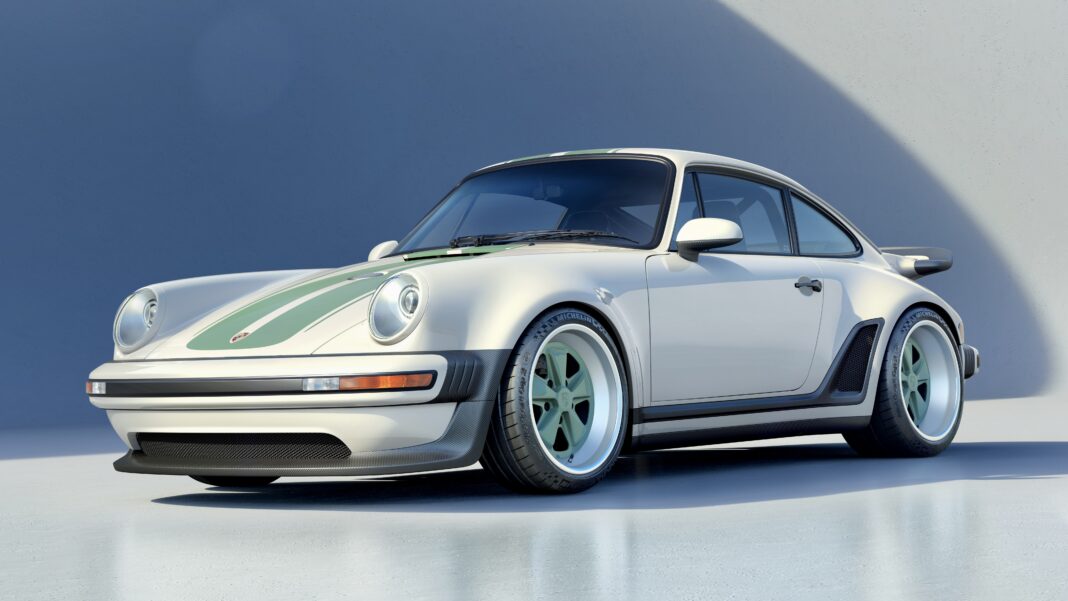 Singer Vehicle Design has unwrapped the first 911 reimagined by Singer Turbo Study customer car. According to the U.S.-based company, this model was specified by its owner to focus on sports performance. “The results illustrate the capabilities enabled by the study and Singer’s collaboration with owners to deliver a personal vision,” said the firm. 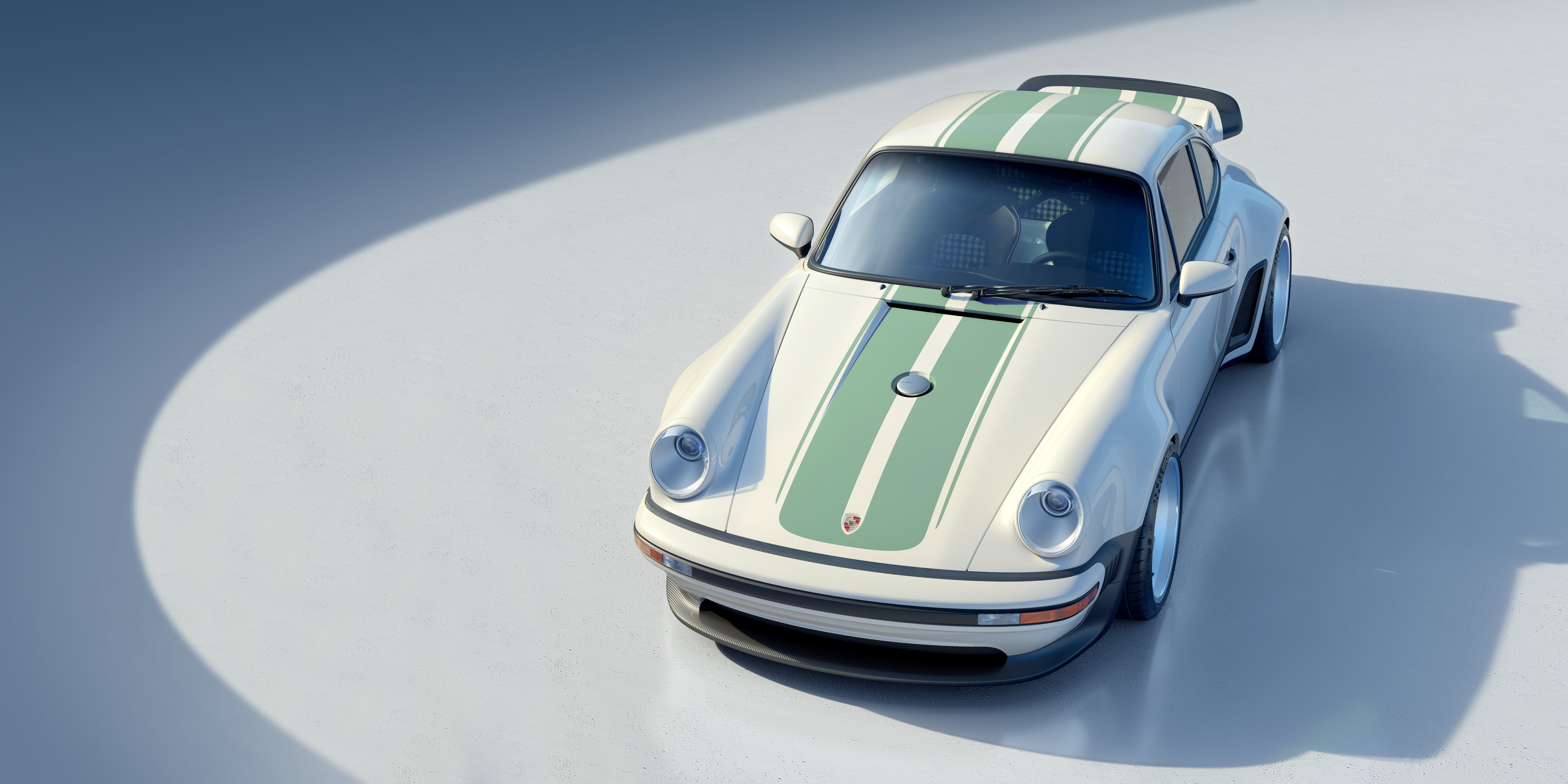 As a reminder, the 930 Turbo-inspired 911 reimagined by Singer Turbo Study’s carbon-fibre bodywork is wrapped around a 3.8-litre twin-turbocharged six-cylinder boxer engine, tailored to churn out “over” 331 kW.

“This model was specified to focus on sports performance”

For the customer car, the petrol motor has been tuned to deliver 380 kW to the rear wheels via the Turbo Study’s six-speed manual gearbox. Stopping power is provided by carbon-ceramic brakes. 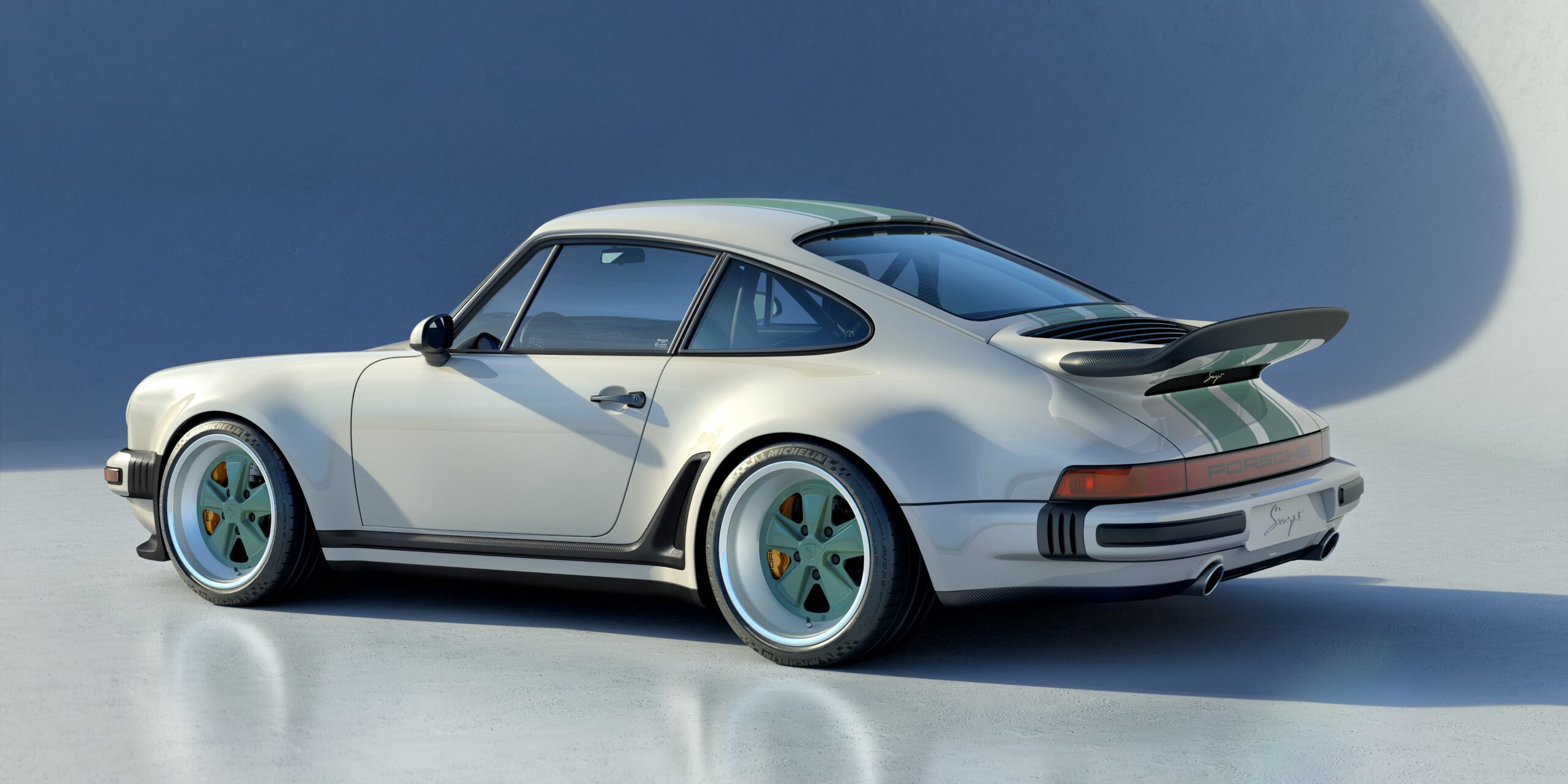 The owner has specified their Turbo Study in Turbo Racing White paintwork, replete with green top stripes. Several elements have been finished in exposed carbon fibre. These include the front splitter and rear shark fin air intake. The car has also been lowered to the owner’s specification. 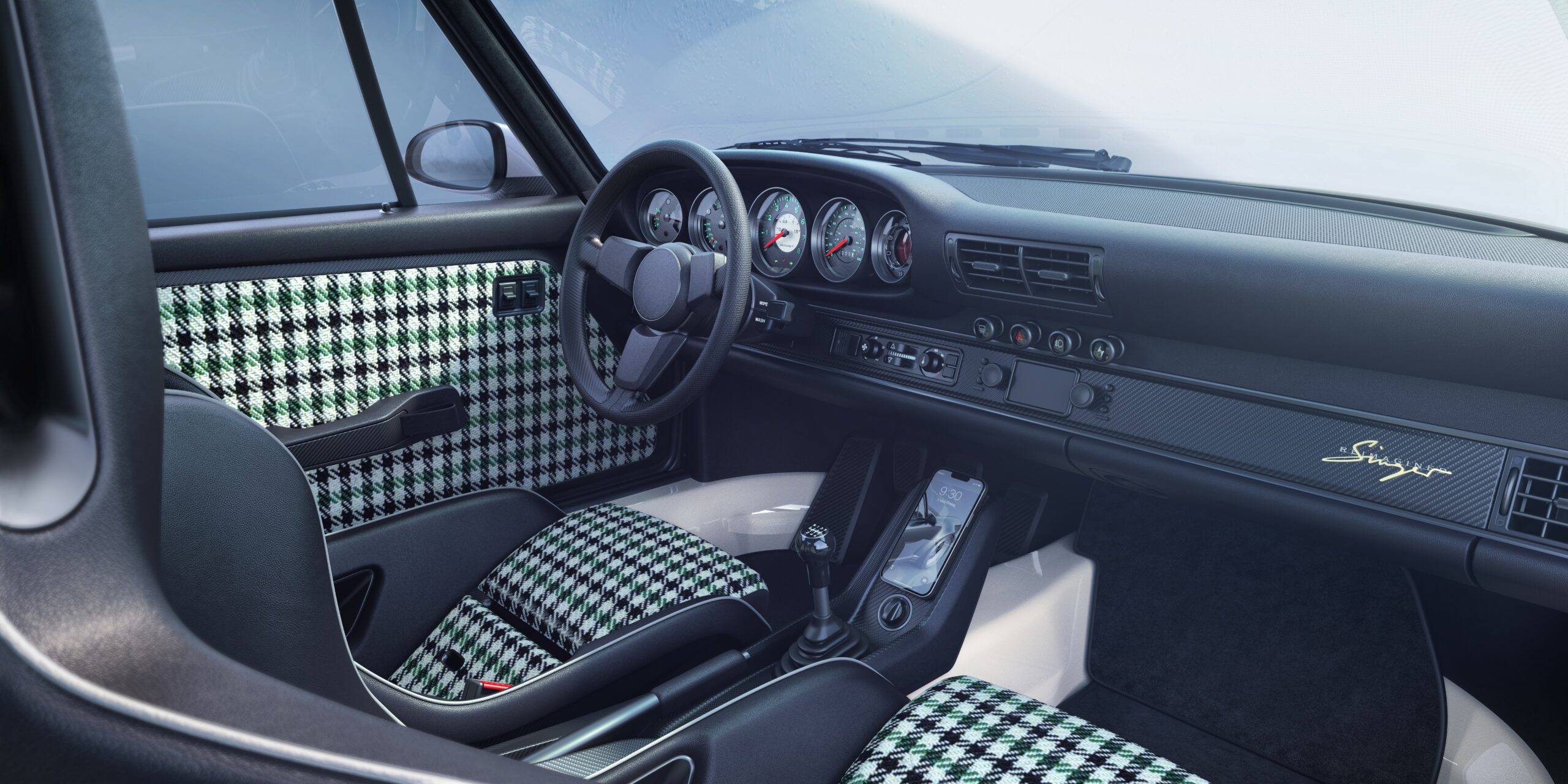 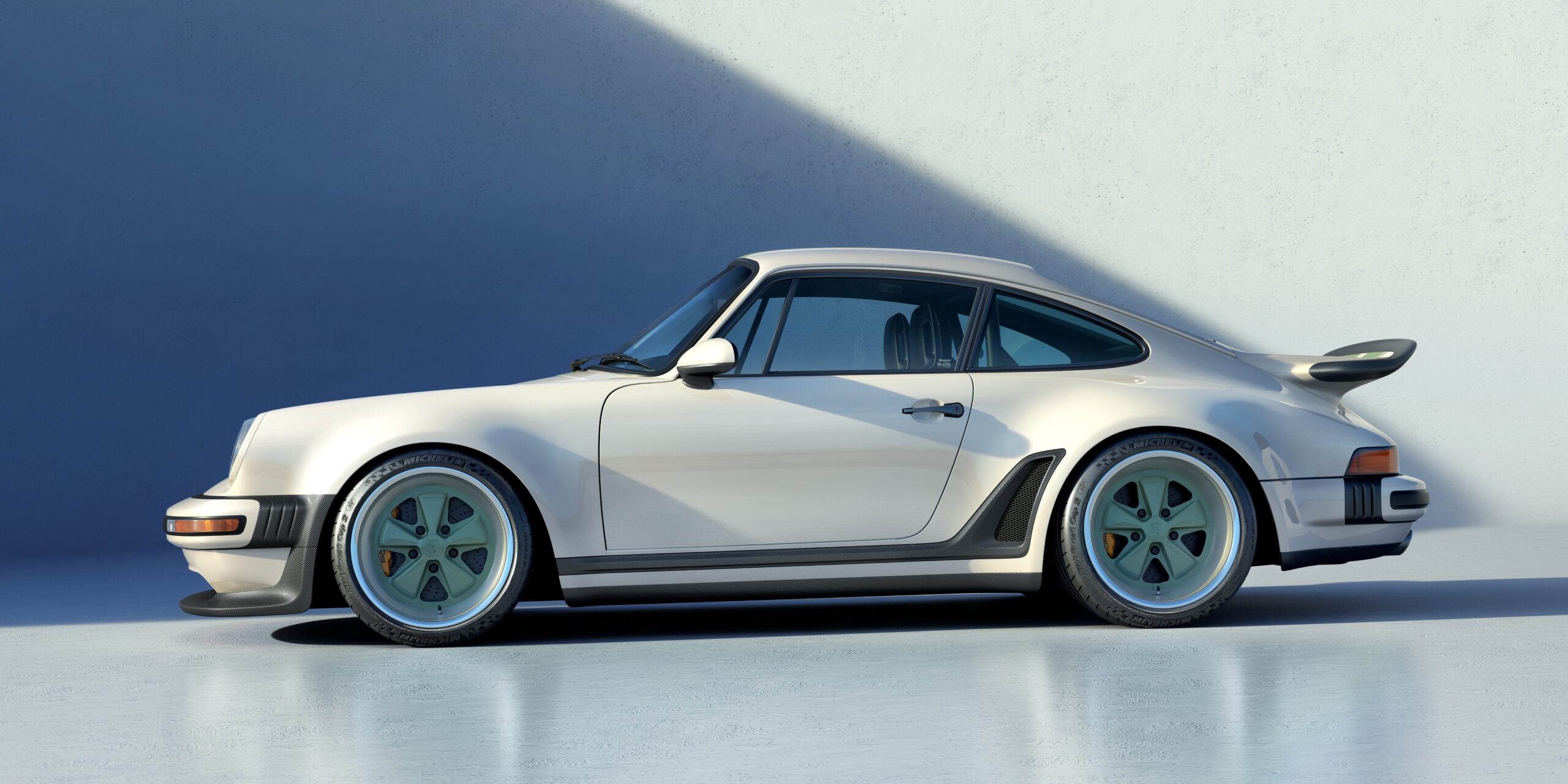