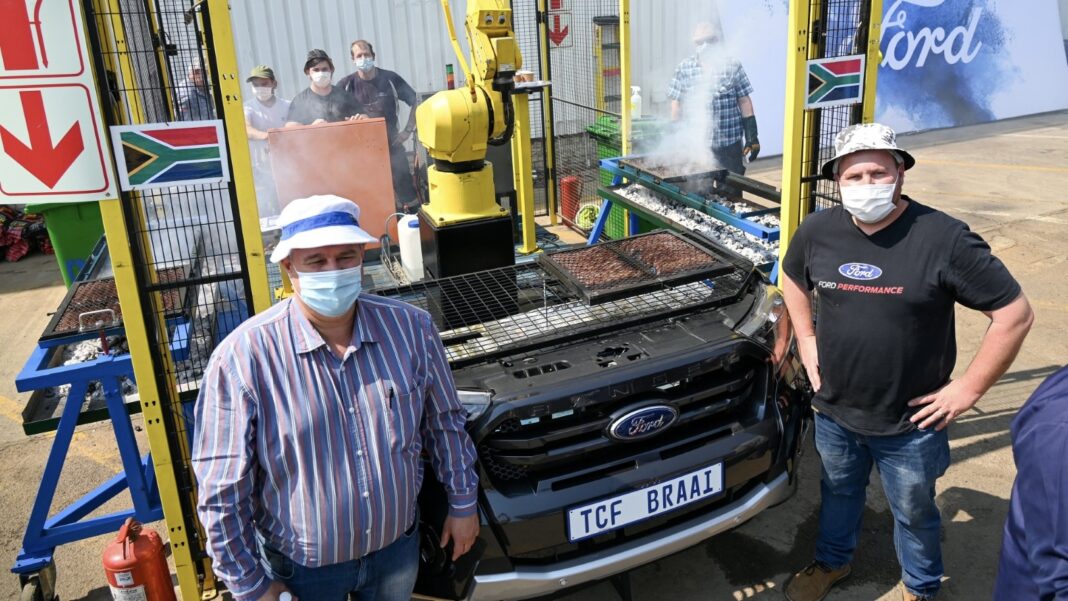 Ford South Africa has announced it has transformed one of its manufacturing robots from the local arm of the Blue Oval brand’s Silverton Assembly plant into a braai “legend”.

According to Ford, the TCF BBQ (braai boerewors quickly) is capable of braaing 120 pieces of meat within only 12 minutes. The TCF BBQ robot is the result of an internal competition, which encouraged various departments to design something unique using “whatever” scrap metals and decommissioned tooling they could find available at the factory. 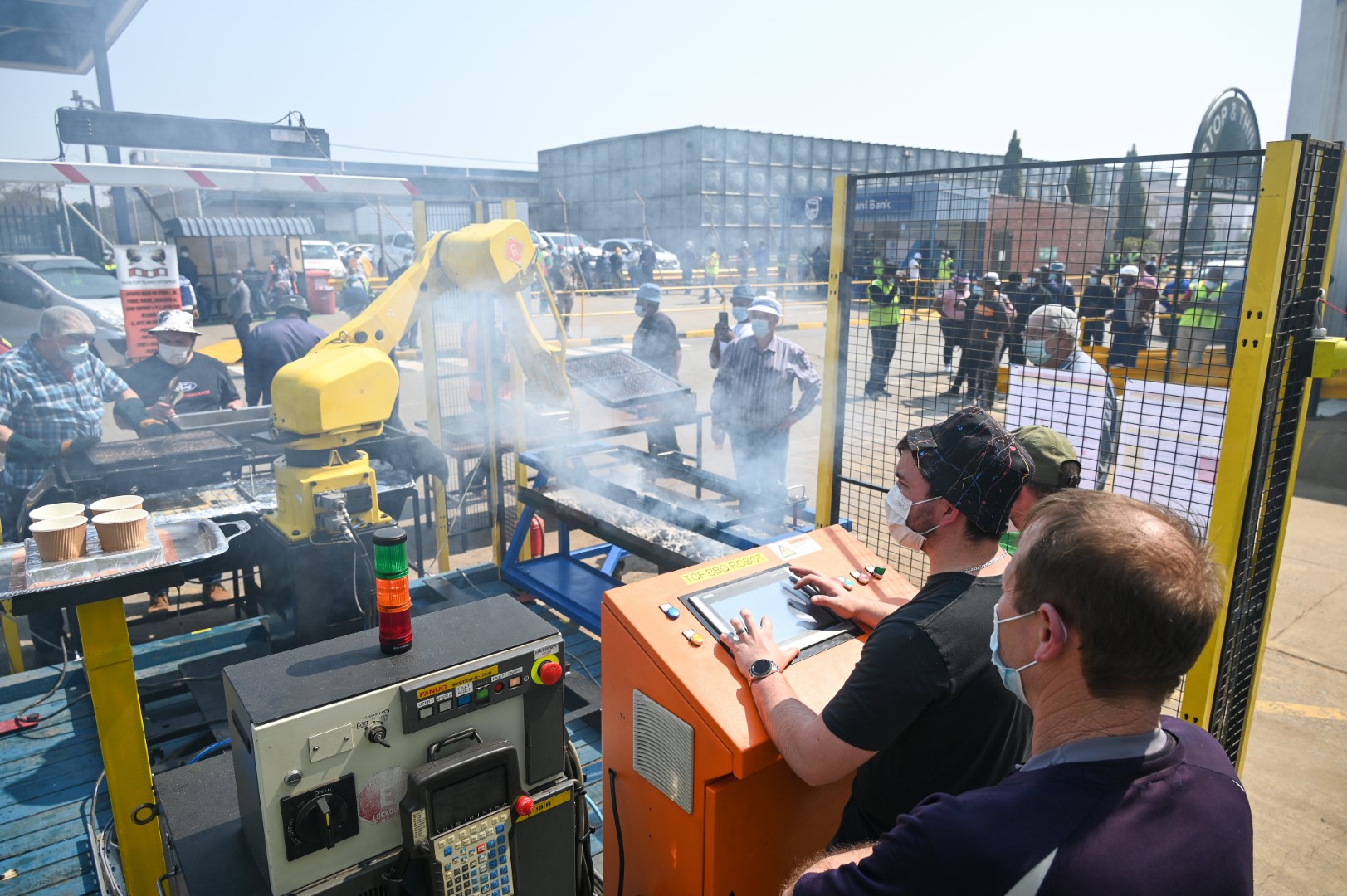 Inspired by Heritage day and the local assembly of the automaker’s popular Ranger bakkie, Claude Roux, area manager from the trim and chassis and final (TCF) Line, came up with the idea of transforming one of the robots into a braai bot. “This was when the innovation and curiosity of that ‘small child’ inside all of us came to life,” said Roux. “We took our knowledge of braaing and our understanding of manufacturing vehicles and married the two to create a machine with the ability to pick up and manipulate the meat on a grill.”

Roux explained: “We decided to use a Fanuc robot that was due to be disposed of during the extensive Silverton Assembly plant upgrades, along with scrap metal, discarded wood pallets for a base, metal trolleys for braais and a Siemens Programmable Logic Controller (PLC) for the controls. We had a qualified electrician, qualified fitter, PLC programmer, and a controls specialist working on it for around four weeks during the plant shutdown.” 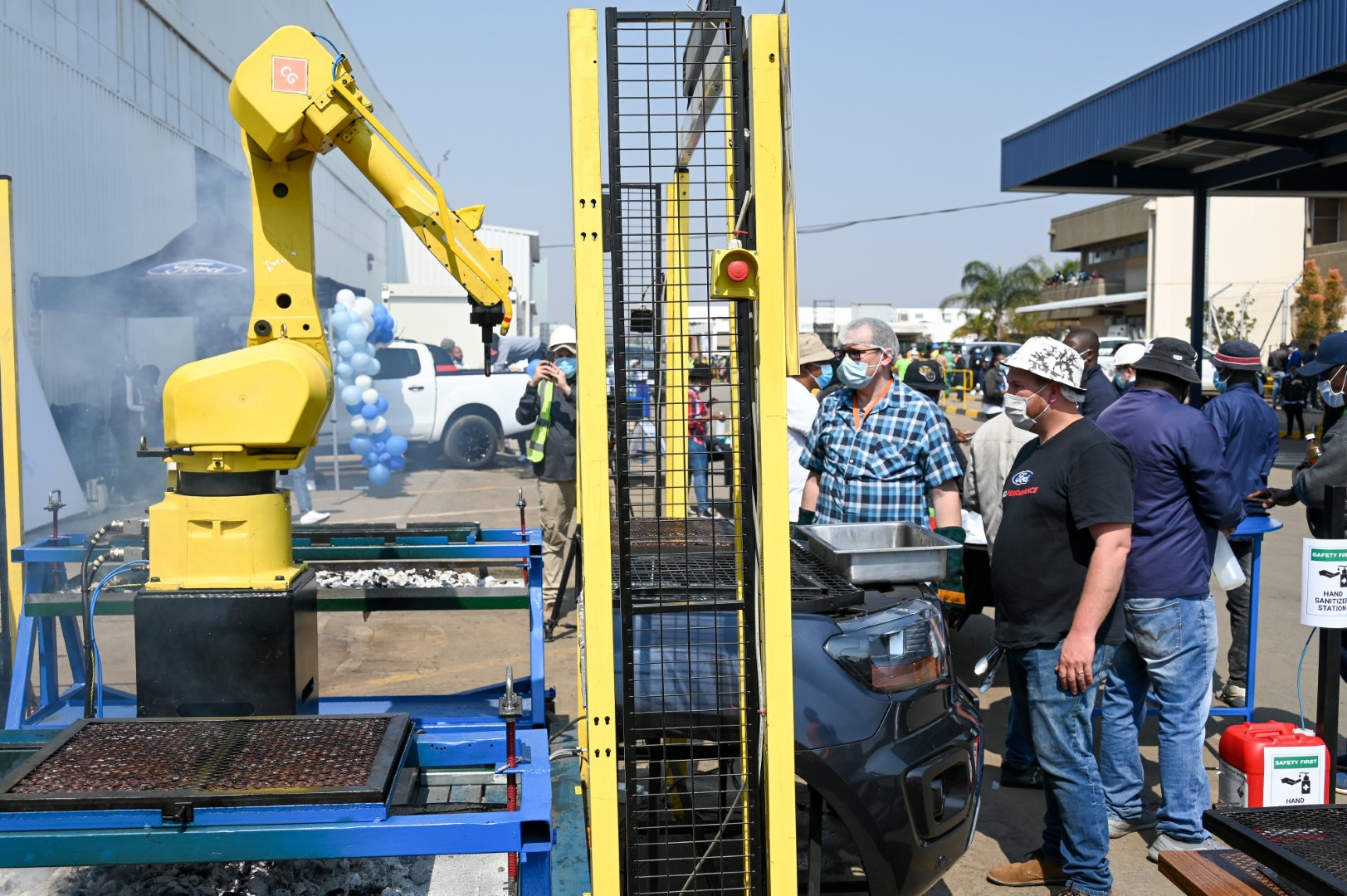 The TCF BBQ is programmed to place the grill on one of three braai stations surrounding the unit, then turn the grill after a set time. The braai station was manufactured using a scrapped Ford Ranger Wildtrak bumper and grille. The robot can also flash the headlights, indicate, beep the horn and flash the park lights. In addition, the TCF BBQ can pour water or cool drinks and serve a full tray to people. “As a final touch befitting of a proudly South African robot”, Ford says, “it can wave the national flag.” 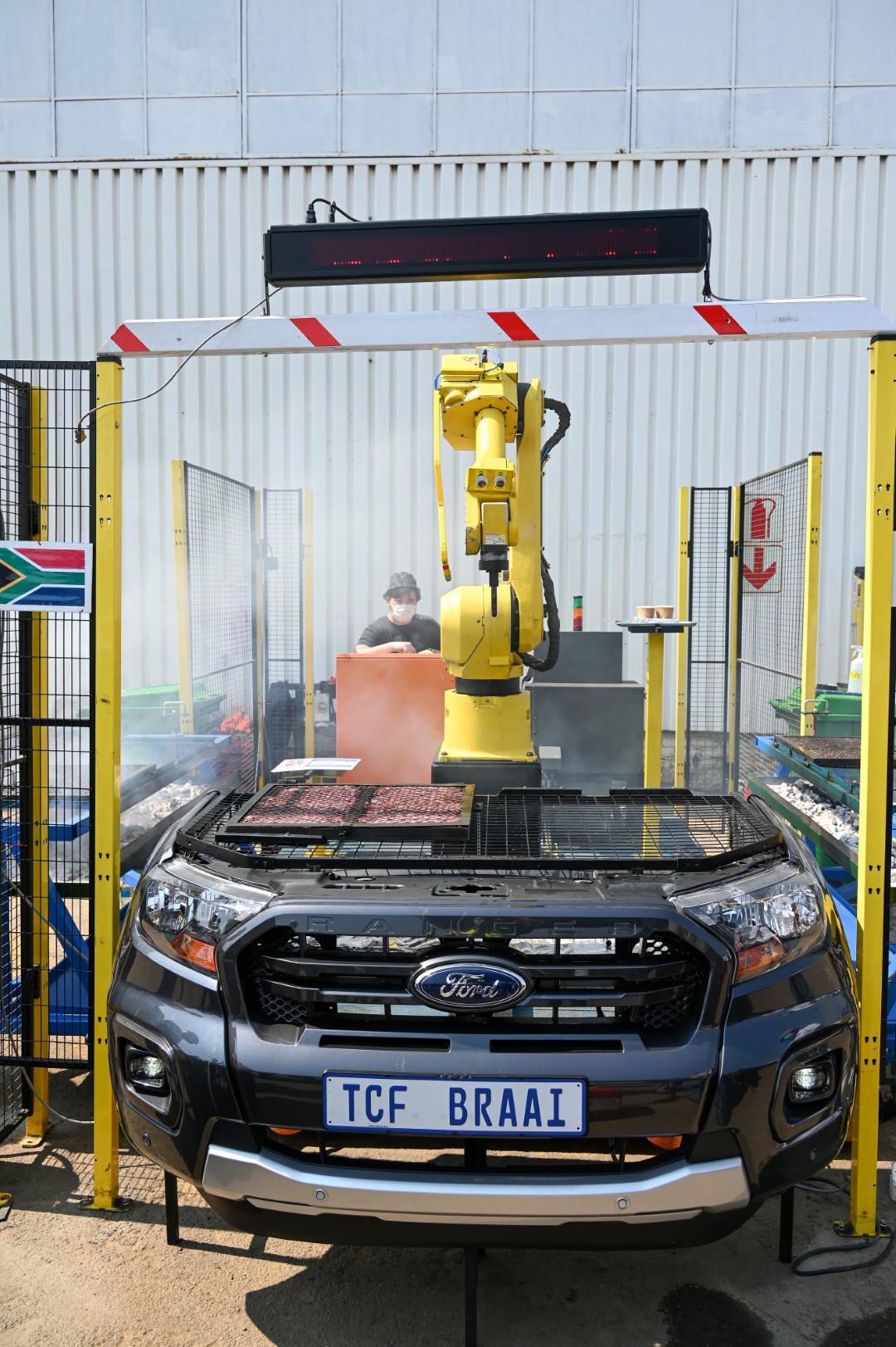