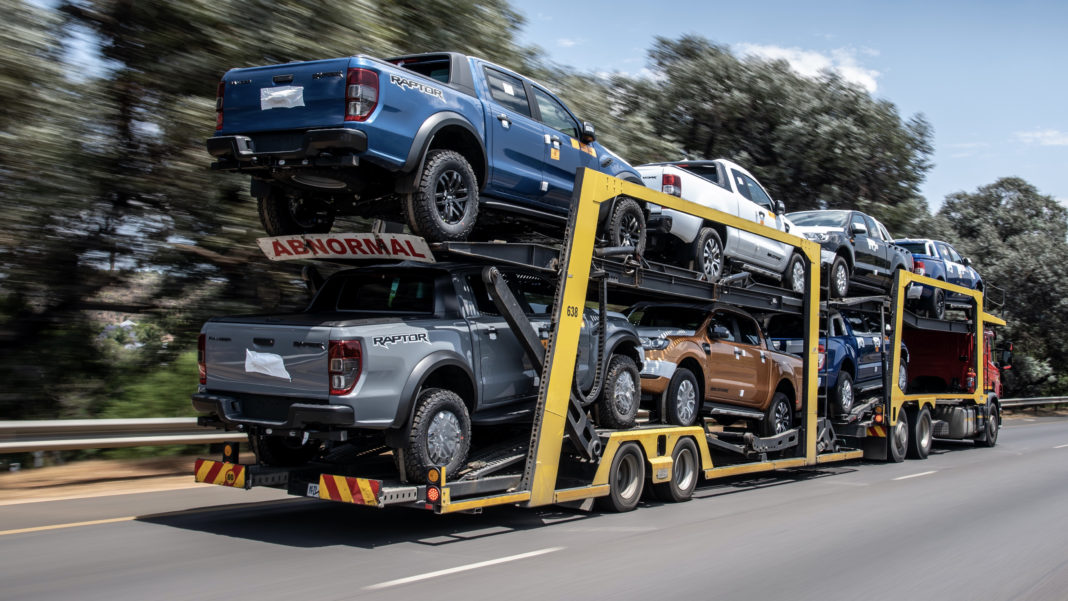 Ford South Africa has announced it has exported the 500 000th locally assembled Ranger – a Ranger Raptor –  with the local arm of the Blue Oval brand celebrating this milestone on the 10th anniversary since production of the current-generation Ranger bakkie in 2011.

“Achieving 500 000 exports for [the] Ranger is a fantastic milestone for the South African team,” Ockert Berry, VP operations at Ford South Africa, says.

“The investment and subsequent launch of the current Ranger in 2011 transformed our manufacturing operations, and put South Africa firmly on the map as a high-volume, single-platform manufacturer for [the] Ranger, both for the domestic market and, crucially, for exports to more than 100 global markets, including Europe, where Ranger is now the top-selling pickup.”

When launched a decade ago, the installed capacity for local Ranger production was 110 000 per year. However, ongoing investment in Ford’s local operations increased production capacity by 58 000 units in 2018. A total of R11 billion was invested into the Blue Oval’s South African manufacturing plants over this period.

This, Ford SA says, facilitated not only volume growth, but the introduction of new technologies, new engine options – the twin-turbocharged 2.0-litre and single-turbo 2.0-litre – and 10-speed automatic transmission. The investment also enabled the launch of the first Ranger Raptor.

“The launch of the new Ford Ranger in 2011 was a watershed moment for Ford South Africa, for the domestic market and the broader pickup segment internationally,” Neale Hill, MD of Ford South Africa, says. “It immediately set entirely new benchmarks in the pickup sector for performance, technology, safety, comfort, refinement and capability.