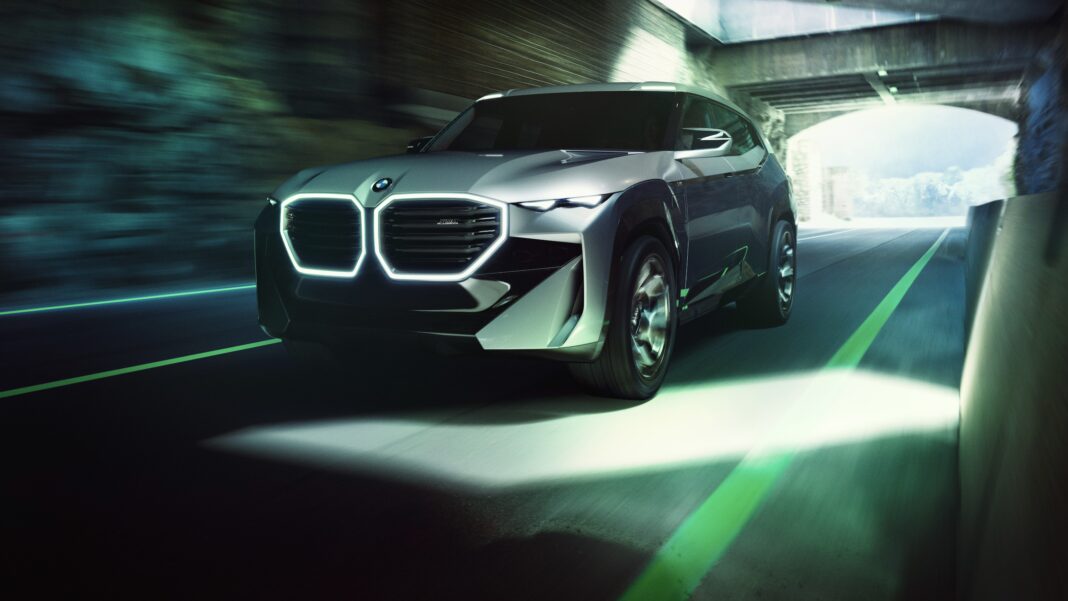 Following a teaser campaign, BMW has officially whipped the covers off the Concept XM, an electrified, “high-performance” SUV and the first standalone M car since the M1.

According to the German marque’s performance arm, the production variant will be available with only a plug-in hybrid (PHEV) powertrain. The Concept XM’s PHEV arrangement combines a V8 engine and a “high-performance” electric motor for a maximum output of 550 kW and a peak torque figure of 1 000 Nm. “The first electrified vehicle from BMW M GmbH in the high-performance segment is therefore pointing the way for the future of the brand,” said BMW.

However, for the Concept XM, the Munich-based car manufacturer hasn’t focused on only outright performance. “The Concept XM sees BMW M forging a distinctive path in the luxury segment.” The driver-focused cabin features “high-comfort” seats and an illuminated headliner. According to BMW, the M Lounge offers passengers a “luxurious retreat”.

“The design of the BMW Concept XM is an extravagant statement by BMW M in the heart of the luxury segment,” says Domagoj Dukec, Head of BMW Design. “It has a unique identity and embodies an expressive lifestyle like no other model in the BMW line-up.”

Outside, the large, “near-octagonal” kidney grille dominates the front end to “emphasise” the concept SUV’s “dynamic” character. Sharp headlamps, which are split into two separate modules, flank the vertical grille. According to the firm, the rear end “accentuates” the car’s “powerful” stature. ‘Round back, the L-shaped taillamps extends towards the centre of the tailgate. Integrated into the rear bumper, the hexagonal twin tailpipes on either side are vertically aligned.

“The BMW Concept XM represents a complete re-imagining of the high-performance car segment,” said Franciscus van Meel, CEO of BMW M GmbH. “It underlines the ability of BMW M GmbH to break with established conventions and push boundaries to offer fans of the brand the ultimate driving experience. The series-production car – the first pure BMW M model since the legendary BMW M1 – also shows how we are approaching the step-by-step electrification of our brand.”