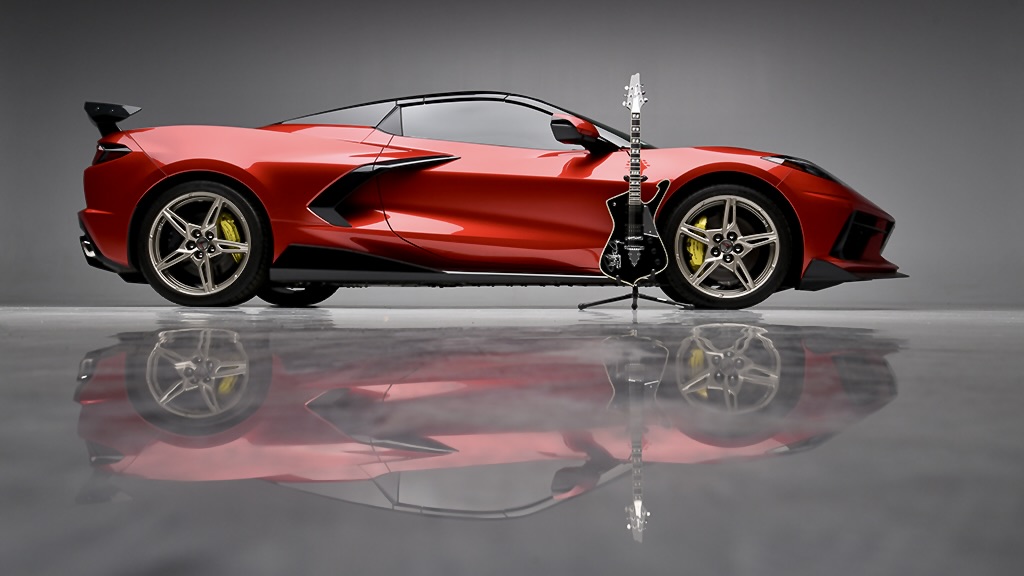 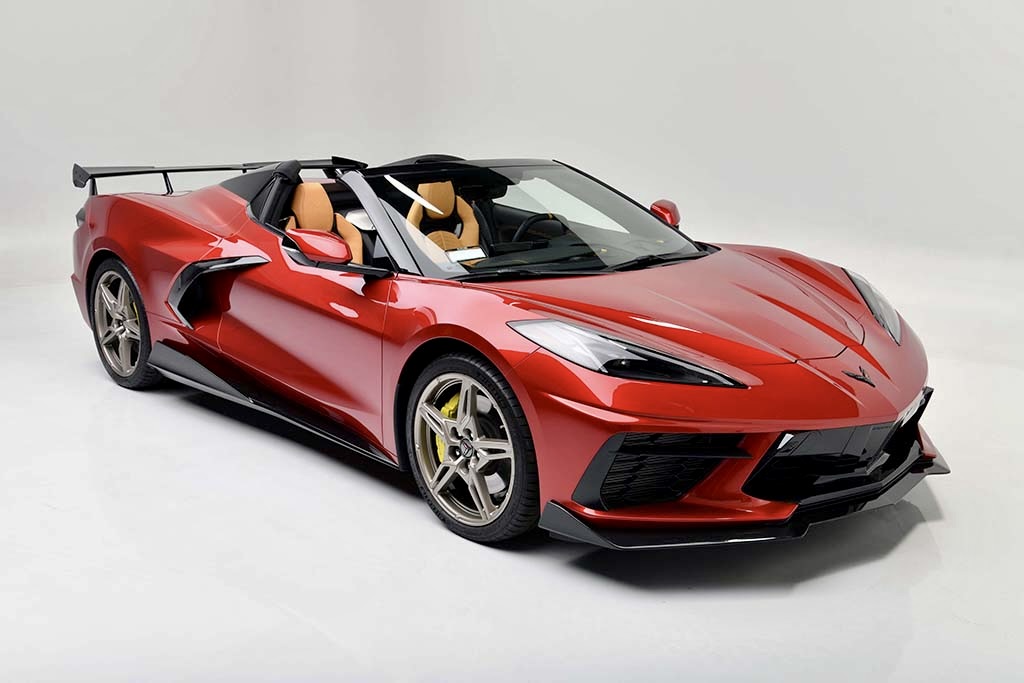 The rock & roll star’s factory-customised C8 convertible will be offered with No Reserve. Stanley, also known as ‘Starchild’, acquired this model after reaching out to Chevrolet when the US automaker announced the convertible version. Barrett-Jackson reports that the musician said,  “I spoke with Mark and Harlan Charles [Corvette Product Marketing Manager], and put together a combination that played on the C8’s touring and sports car aspects.” 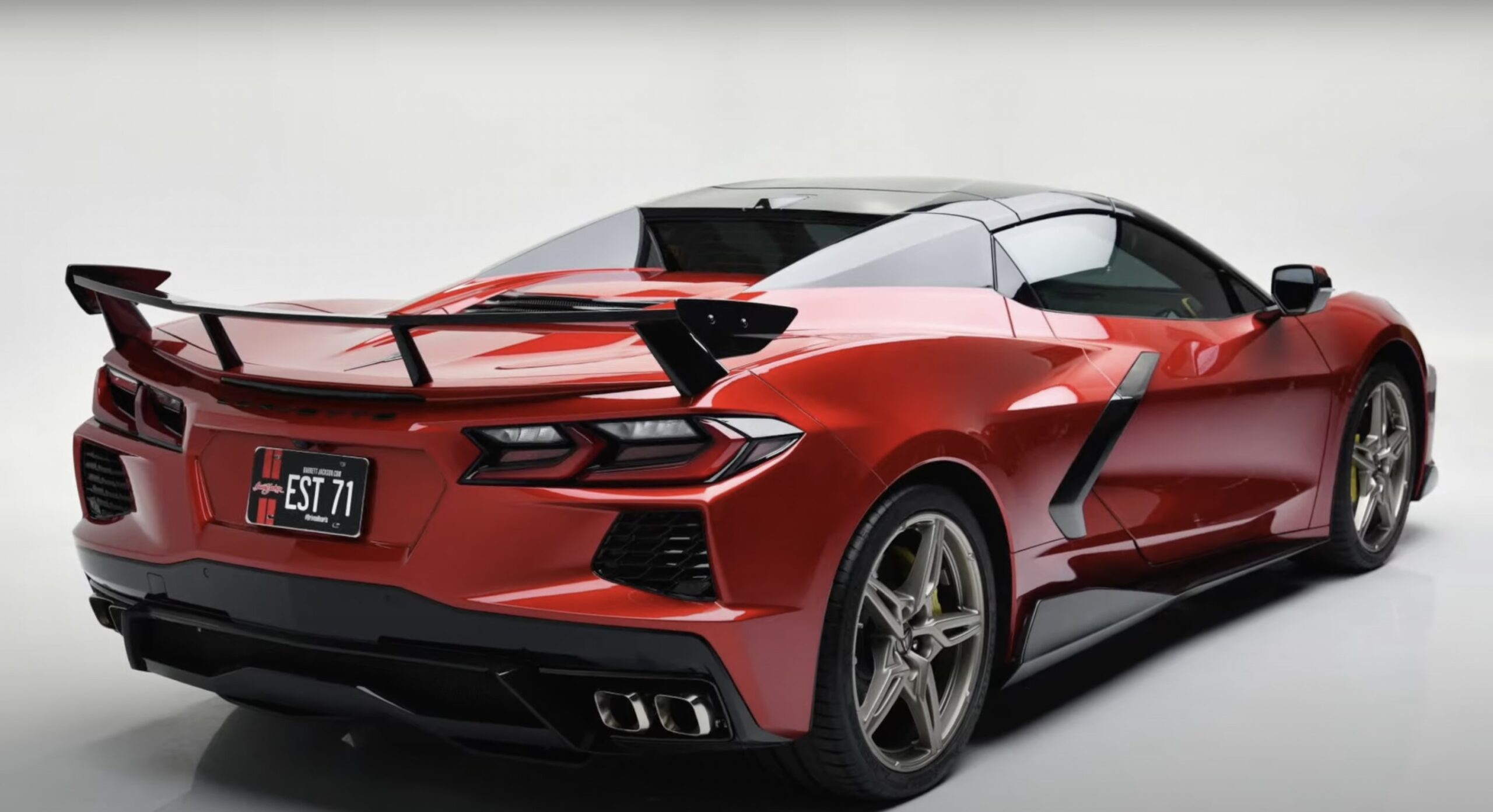 The auction company says Stanley’s goal with the sports car was to incorporate his favourite elements from European vehicles.  “I don’t think there’s anything wrong with taking cues from other cars and embracing them,” said the guitarist.

“I want somebody to take this car and to enjoy it”

The Corvette C8 is dressed in Metallic Red Tint Coat exterior paint, also known as Red Mist Metallic Tint Coat. Barrett-Jackson says, “The accompanying Saddle interior and pewter wheels work together to give the car a warmer and richer feel than the other colours normally seen on American cars.” 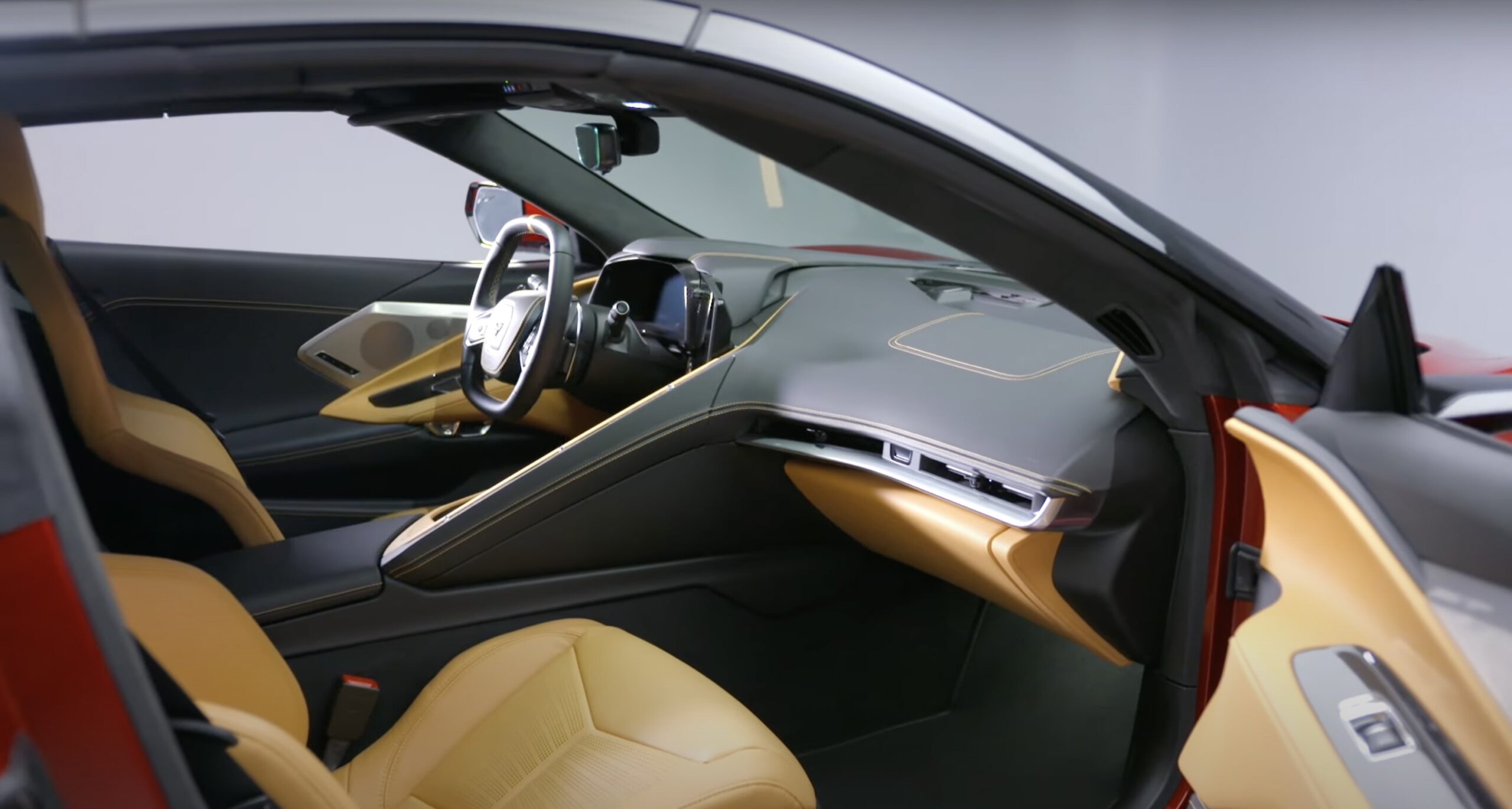 The Corvette C8 is powered by a 6.2-litre V8 engine, endowed with 369 kW and 637 Nm of torque, sent exclusively to the rear wheels via an eight-speed dual-clutch transmission. (Read our launch review of the coupé model here.) 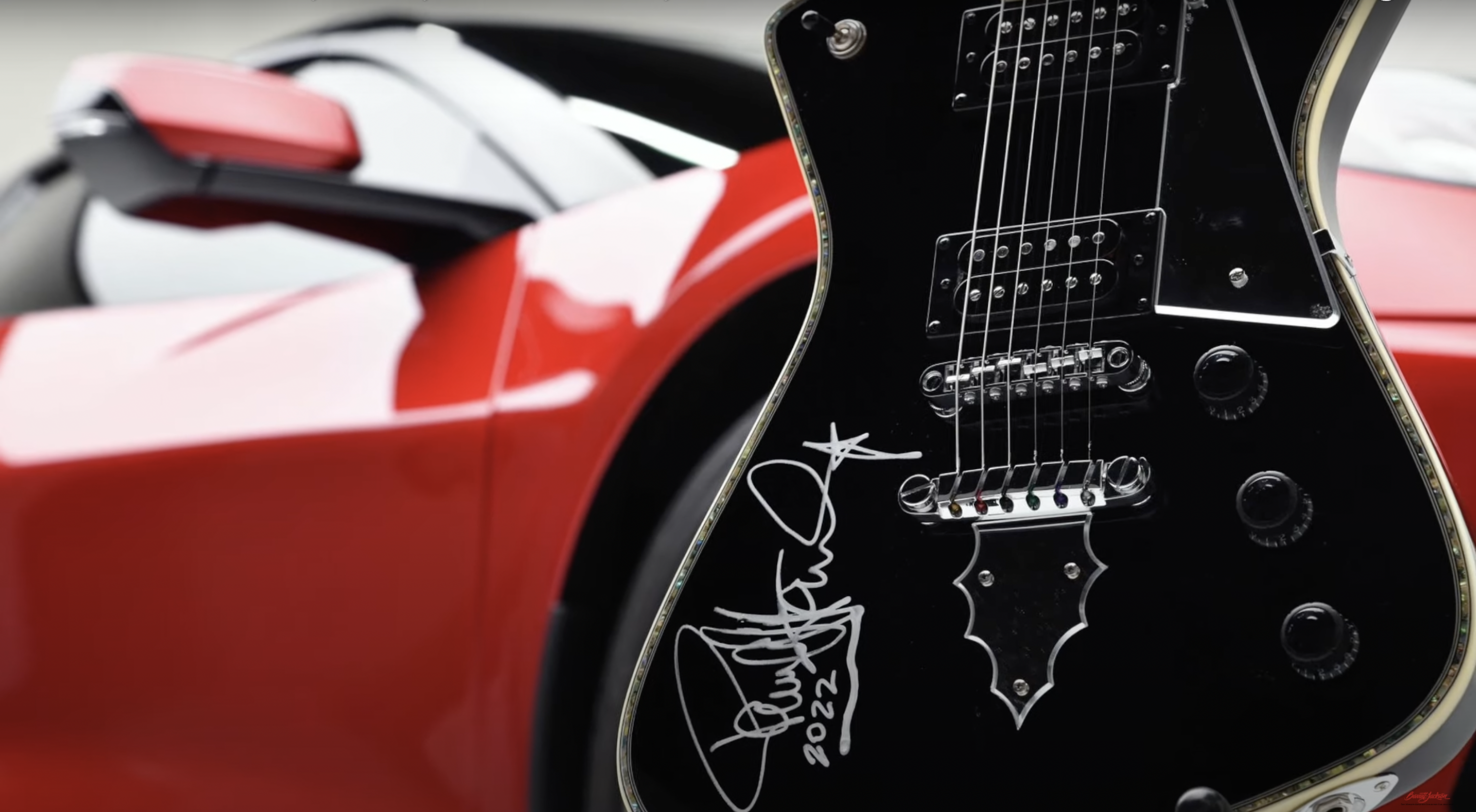 The mid-engined sports car will come with a signed Ibanez PS120 Paul Stanley Signature guitar when it crosses the block. The auction firm says that Stanley has decided to include the instrument with the sale as it is the perfect way to combine two of his passions. “The guitar is another part of my life, another aspect of who I am. So I thought that whoever acquire the car would have another piece of who I am,” said the co-founder of KISS. 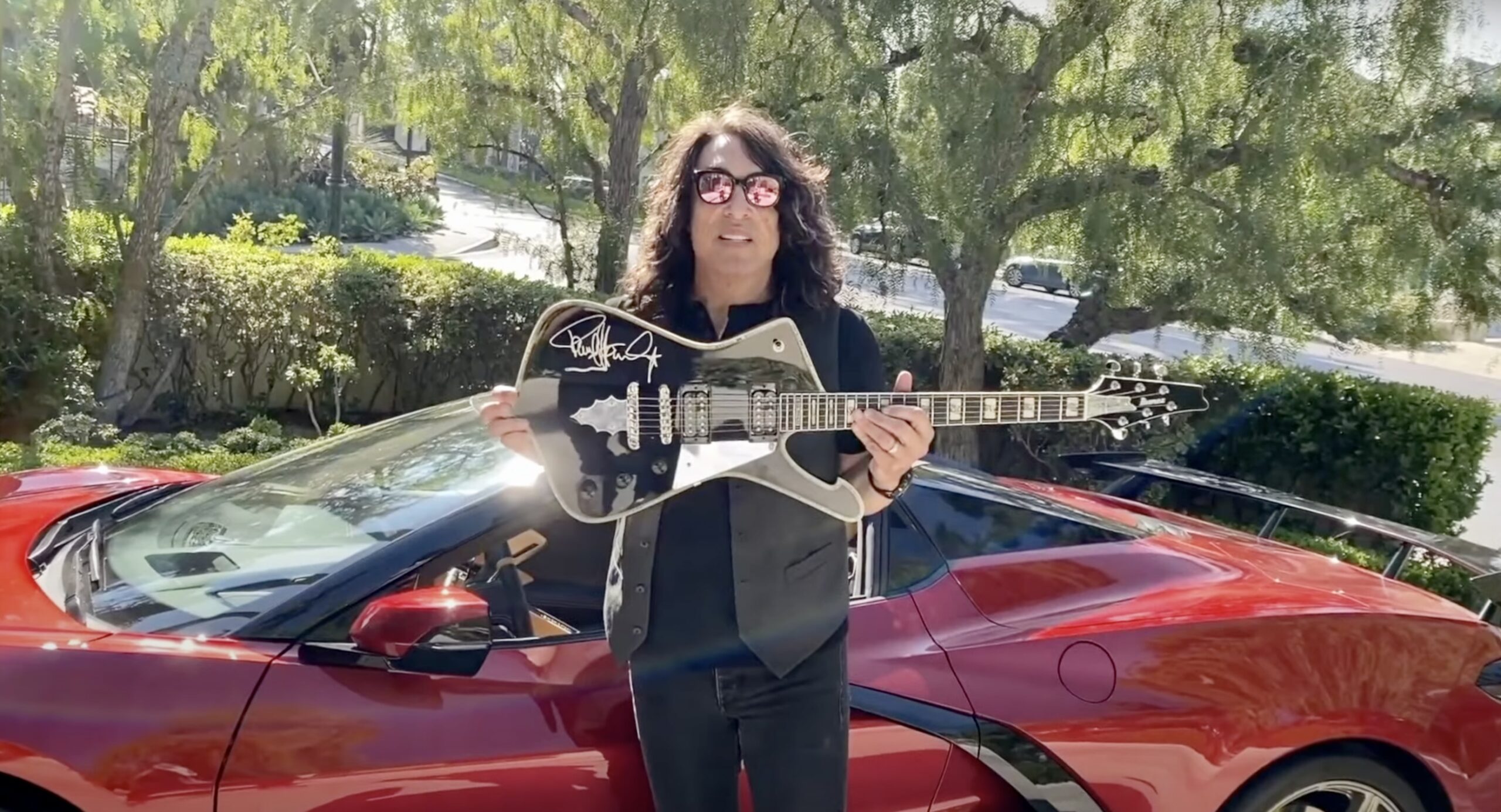 “I want somebody to take this car and do whatever makes them happy with it, to enjoy it,” said Starchild. “That’s really the keyword, I think, for any collector of anything — joy. And for me, my life has always been about the joy I can bring to other people. So here’s a car and a guitar. Go enjoy.”