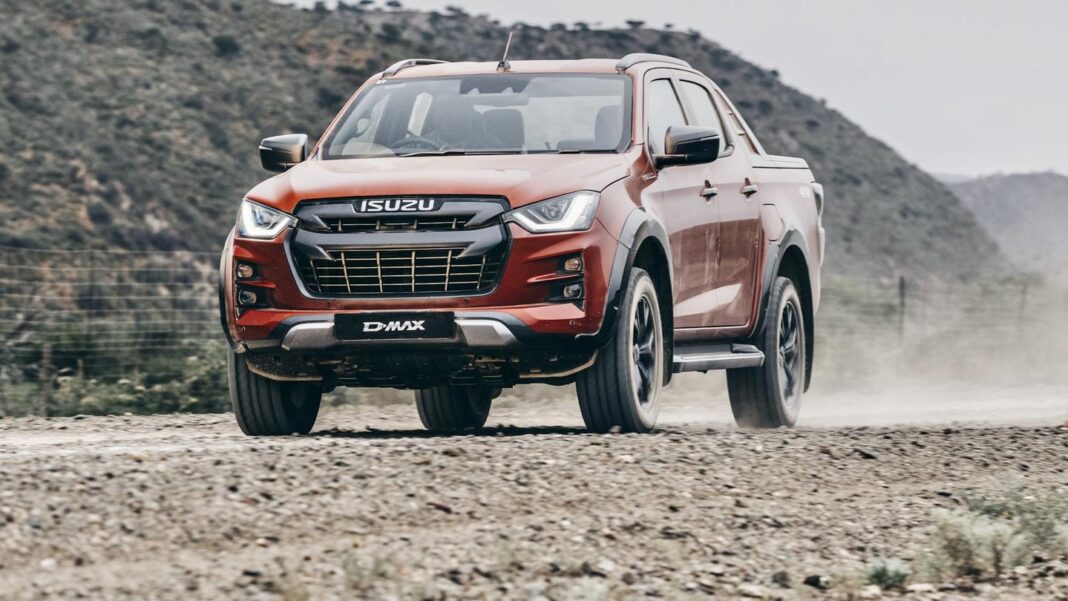 An old favourite, the D-Max has been enhanced to once again take the fight to its fiercest rivals. How will the new-generation model fare in a segment that’s more competitive than ever? We take it for a drive…

It’s been a minute, hasn’t it? Quite literally, Isuzu took more than 5 million minutes to introduce the new-generation D-Max. If it ain’t broke, don’t fix it, as the saying goes. However, although the previous model, which was revealed in 2012 and received a couple of facelifts over the decade, wasn’t necessarily broken, it needed an upgrade to remain competitive in its segment. And that’s precisely what the Japanese firm has done with the latest version. Isuzu has enhanced its popular pick-up and then some. 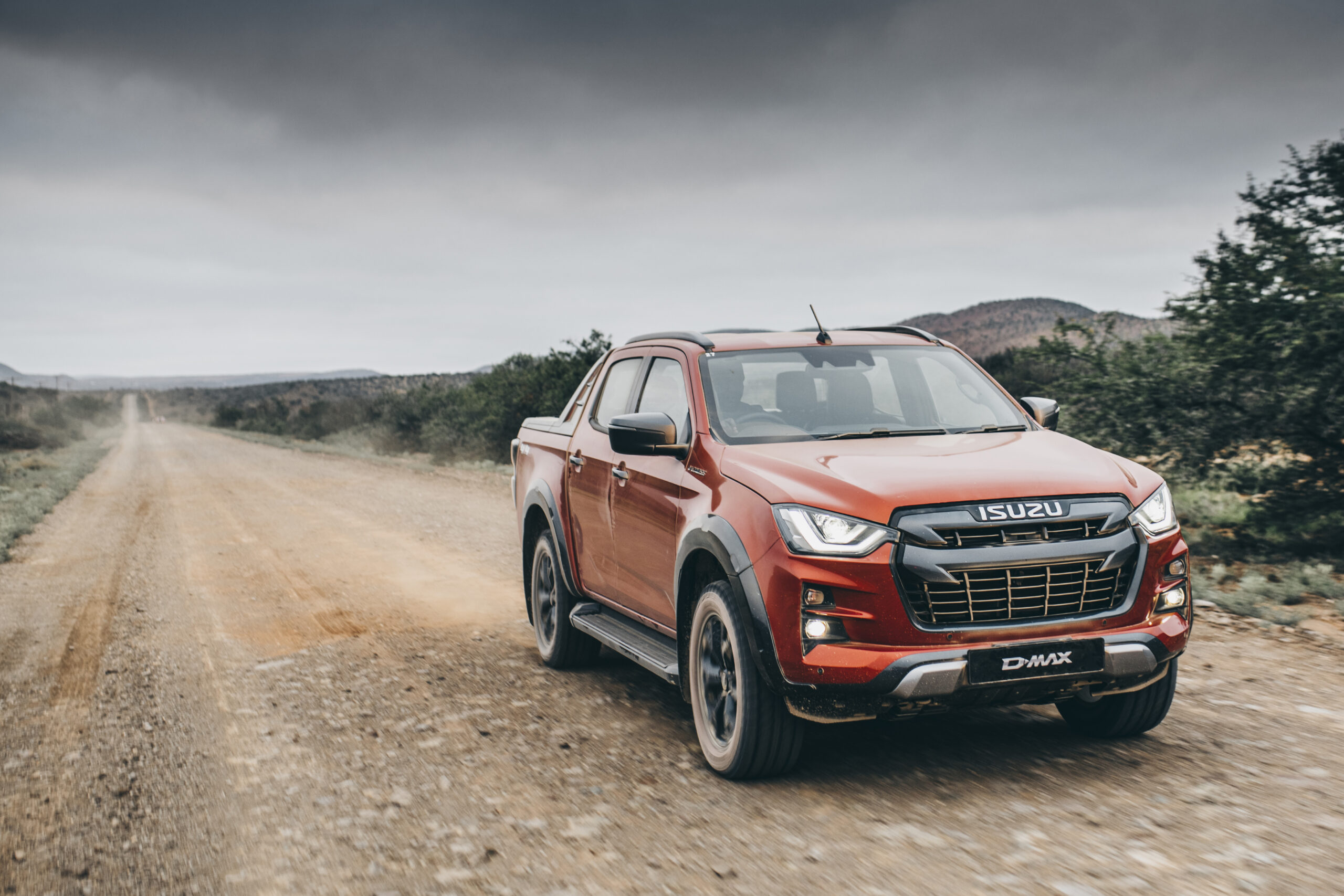 The highly anticipated new D-Max has now, after two years, finally made its South African debut, aiming to make a dent in the market shares of its competitors in its segment. We headed to Gqeberha to get acquainted with the box-fresh bakkie, driven here in range-topping V-Cross guise.

From the outside, the D-Max looks bold, with its pronounced front grille, flanked by tapered LED headlamps, lending it an imposing look. It’s arguably one of the better-looking bakkies on the market. Although sportier in its appearance, the latest model’s exterior styling isn’t too far removed from its predecessors, i.e. it still looks like an Isuzu bakkie. It’s arguably a good thing, though, as Isuzu owners looking to upgrade to the new version might find it comforting that it stays true to its rugged design cues. 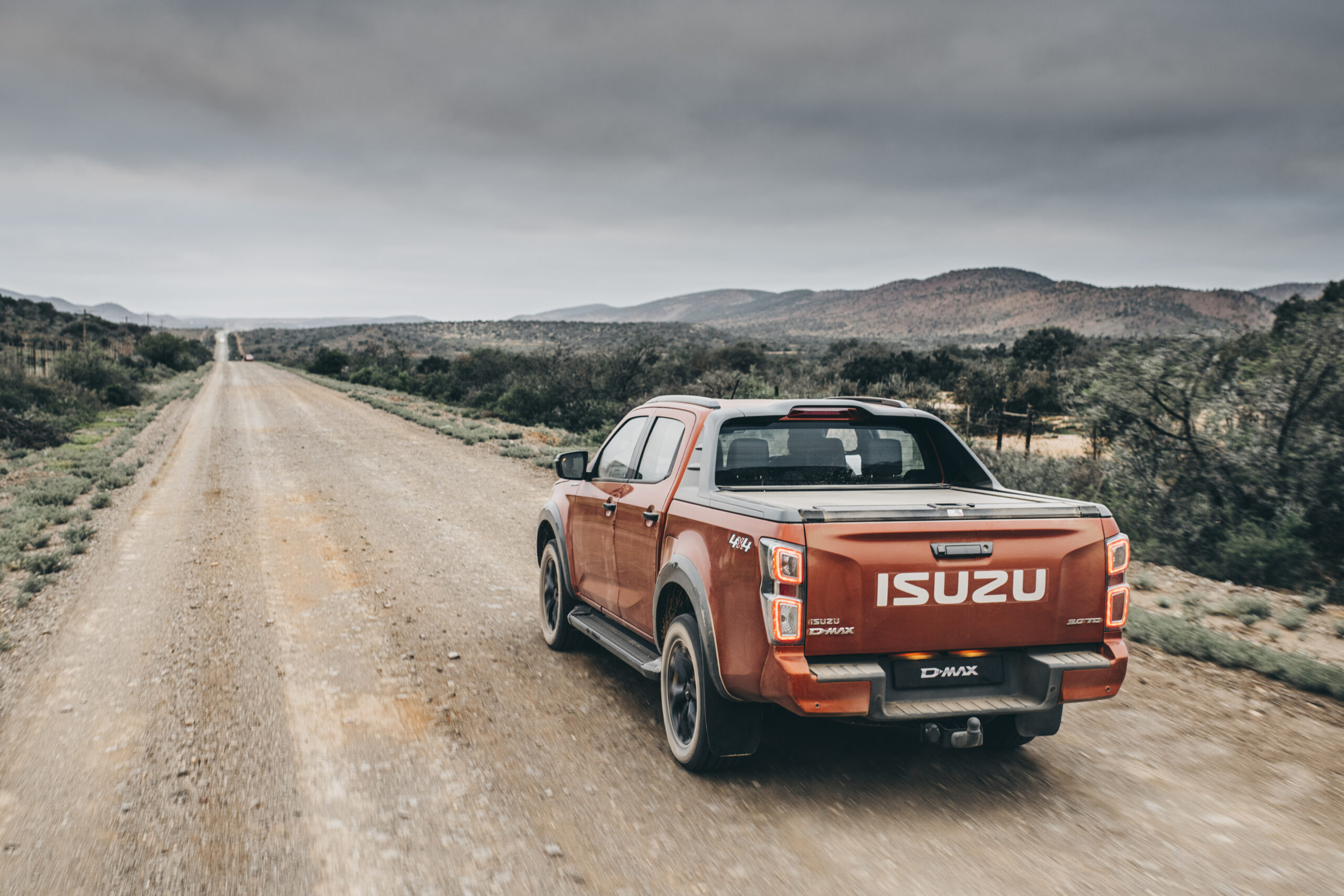 Isuzu owners will also find it comforting that the D-Max hasn’t lost any of its rugged off-road driving manners. During our drive, the D-Max fared well off the beaten track, much like it did when driving around town, a place where bakkies are arguably used most these days. On both paths, the D-Max felt well-planted. The steering feel was on the softer side, though, but is by no means void of feedback. The light steering added to the comfortable drive and made low-speed manoeuvring a cinch.

The 3.0-litre, turbocharged oil-burner powering this model is an upgraded version of the version found in the previous model. The four-cylinder Ddi churns out 140 kW and 450 Nm of torque, available from 1 600 r/min to 2 600 r/min. Isuzu says the powertrain has been “optimised for more torque at lower engine speed, superior pull off and acceleration, significantly reduced noise levels and optimised consumption”. 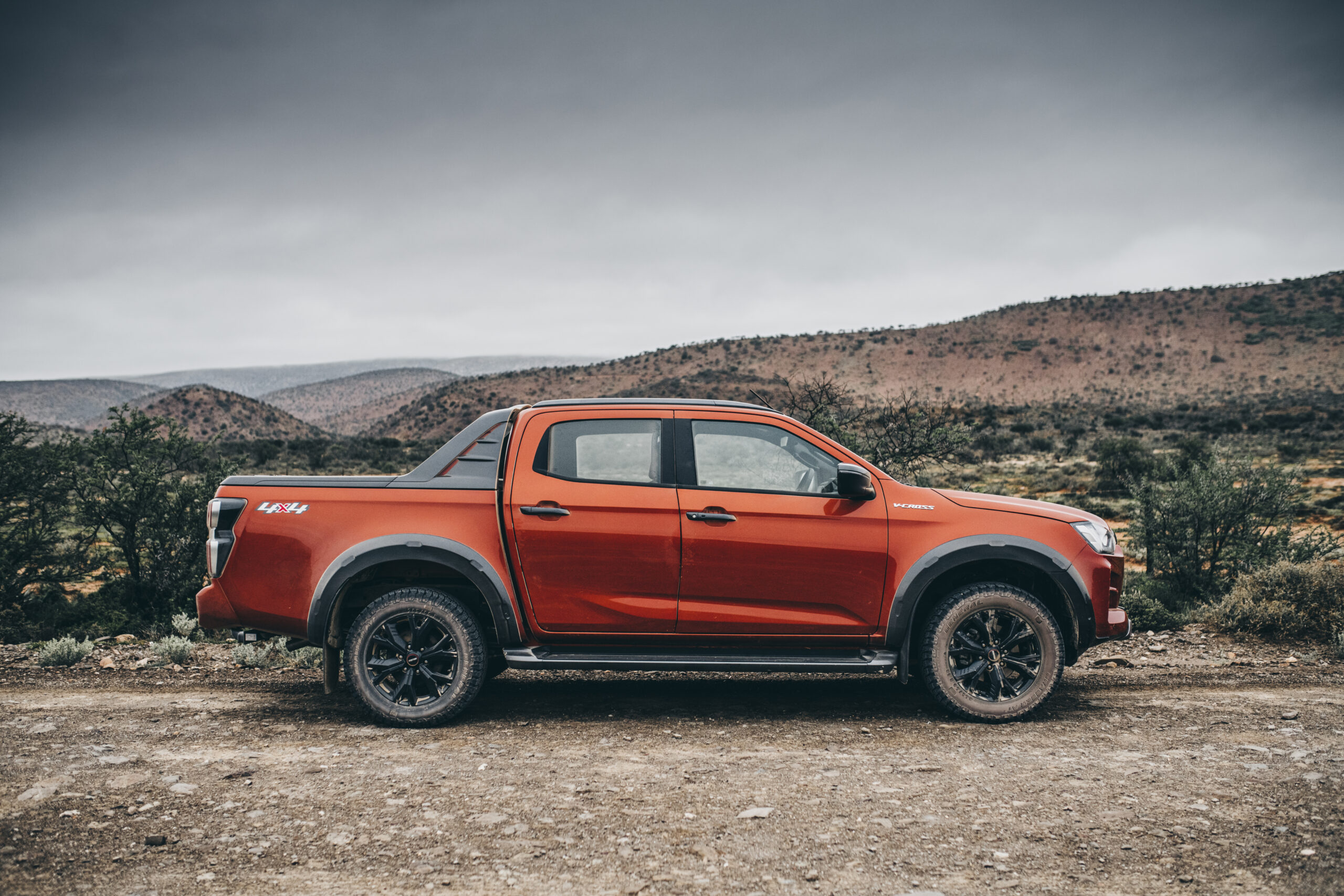 Coupled with a six-speed automatic transmission, the engine provided sufficient punch. The self-shifter felt intuitive and impressed with its gear selections, especially how it held on to a gear when we were driving uphill.

The cabin was a comfortable place to be sat in. The seats are trimmed in leather and feature eight-way electric adjustability. The infotainment system, which incorporates Apple CarPlay and Android Auto, worked well. However, the quality of the screen could be improved, especially when considering this is the top-spec variant. 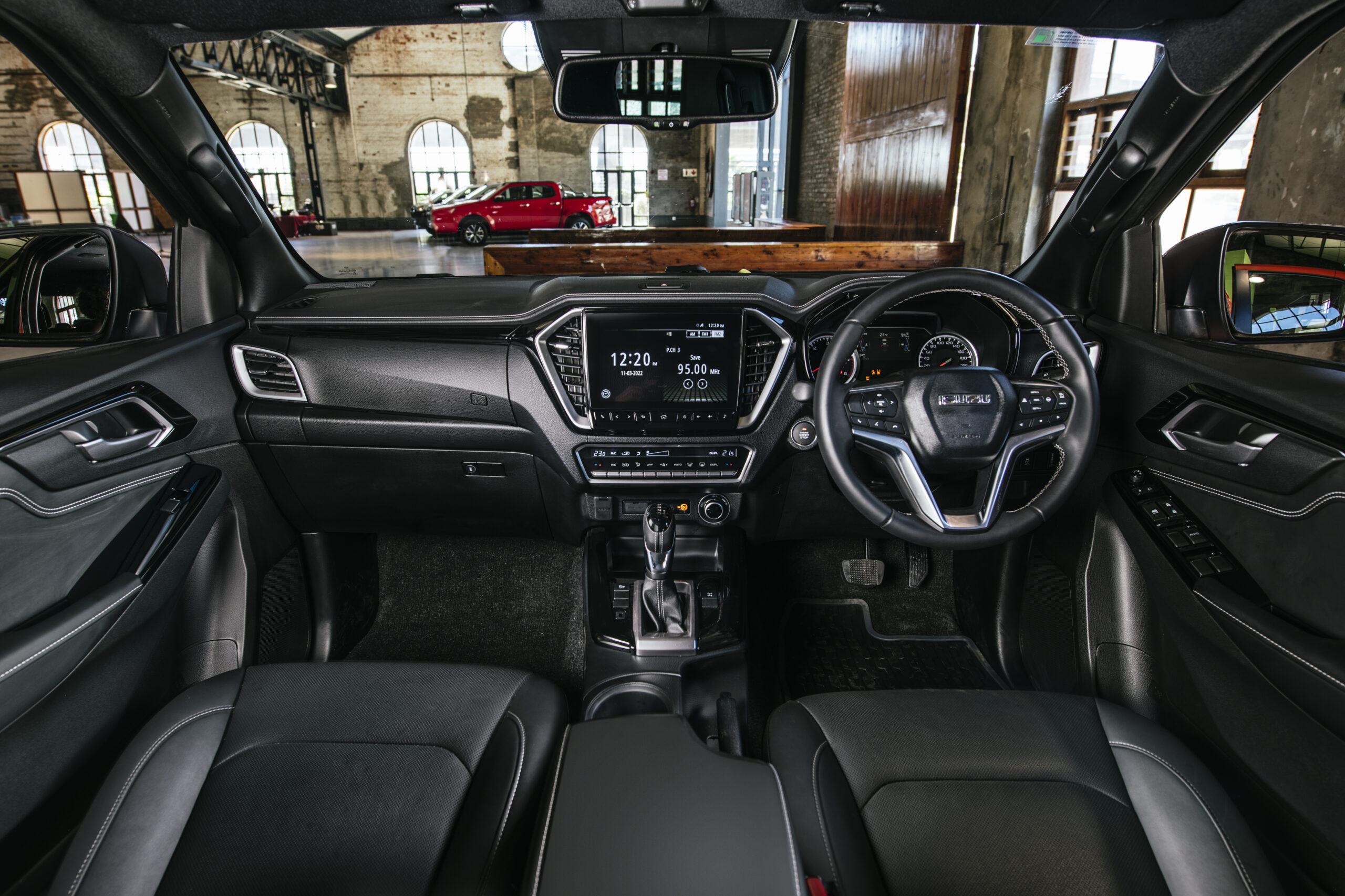 In addition to the long list of standard items found across the range, such as dual-zone climate control and tyre-pressure monitoring (a feature we think should be standard in all cars, especially those of 4×4 variety), V-Cross grade gains Isuzu’s advanced driver assist system, eight airbags and automatic high-beam activation.

Overall, the new D-Max is a solid, both literally and figuratively, contender in the highly competitive double-cab bakkie segment. It arguably retains all the characteristics people have come to love of Isuzu’s bakkies and has also gained all of those expected of modern ones.

However, considering it took some years for it to land on local shores, was the wait for the new-generation D-Max to arrive in SA too long? During this time, the new Ranger made its global premiere, and it’s only a matter of time before it makes its way here; new contenders have entered the market, and old rivals have received some upgrades. So, only time will tell.

However, this will most likely not deter the bold new D-Max from making a dent in the market shares of its rivals. It’s finally arrived and has made a lasting statement.