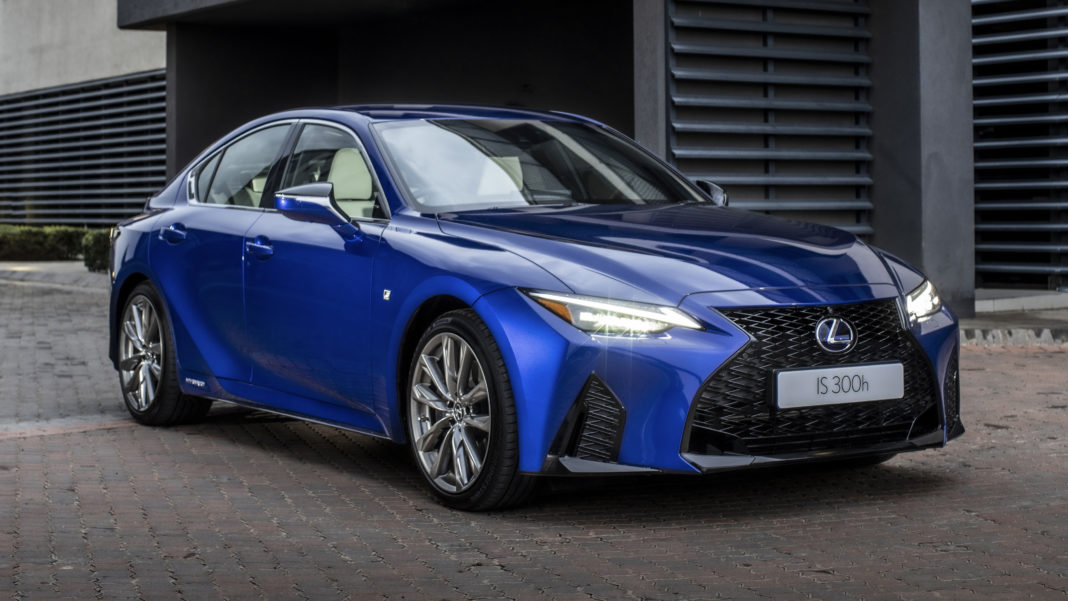 East Coast versus West Coast. Coke against Pepsi. Germany versus Japan. There are no shortages of playing fields and opponents, no matter the game. I personally back West Coast. And the cola contest is a no-brainer, right? But when we’re talking about the motoring battlefield where Japan faces Germany, picking a side becomes a little more difficult.

While the two countries have been dominating automotive manufacturing for decades, the Teutonic nation has long held the upper hand in the compact executive sedan segment. For years, buyers in this part of the market were either Team Mercedes-Benz or Team BMW.

Where does that leave Japan? Well, Lexus would like to think its thoroughly revised IS leads the way for the East Asian country. The flagship F Sport derivative gains a distinctive new version of the brand’s spindle grille, complete with an intricate mesh pattern and lower air intakes inspired by those of the RC F. The F Sport trim level furthermore includes 19-inch alloy wheels with a dark metallic finish. From the outside, the revised IS comes across as a brand new model rather than just another facelift.

Inside, there’s been a renewed focus on technology. The infotainment system, for instance, now comprises a 10.3-inch touchscreen supporting both Apple CarPlay and Android Auto. The mid-tier SE and top-spec F Sport grades, meanwhile, boast upgraded safety systems that include various clever pre-collision warnings. Active cruise control and a lane-tracing assist function have also been included on these two variants.

While the outgoing range included a turbocharged 2.0-litre engine, a naturally aspirated V6 mill and a hybrid powertrain option, the refreshed line-up offers only the latter. That means power comes from a 2.5-litre, four-cylinder petrol engine combined with an electric motor.

The combustion engine offers the rear axle 133 kW and 221 Nm, while total system power output increases to 164 kW with the electric motor involved. Thanks to its hybrid bones, Lexus says this green warrior will sip at 5.2 litres per 100 km. While you may come close to achieving such a number in restrained everyday driving, hitting the loud pedal now and then will see that figure rapidly rise.

If you’re looking for aural thrills when you depress the accelerator, you’ll be disappointed. While the four-pot obviously can’t match the old 3.5-litre V6 – or indeed the 5.0-litre V8 of the IS500 F Sport Performance offered in North America – the continuously variable transmission (CVT) robs the powerplant of even more acoustic character.

It’s a similar case when it comes to outright performance, with the hybrid set-up seeing the IS300h lag far behind turbocharged rivals such as the BMW 330i and even the front-driven Audi A4 40 TFSI. Still, if it’s not straight-line speed you’re after, the F Sport will happily entertain through a series of corners, thanks to wider tracks, improved body rigidity and adaptive variable suspension (which firms up nicely in Sport S+ mode). Yet it remains as comfortable and refined as ever.

So, is the comprehensively refreshed Lexus IS capable of standing toe to toe with the Germans? That’s a tough one. While the Japanese model lacks the punch of its competitors, pricing may well be the ultimate tipping point for many buyers. The range-topping IS300h F Sport, you see, will set you back in excess of R900 000, far more than the A4 (R750 500 in S line trim) and even the more powerful 330i (R828 976 in M Sport guise). Still, the Lexus IS300h is remarkably generously equipped as standard (plus boasts a lengthy warranty and maintenance plan), while the Germans typically feature lengthy lists of costly options. Time to pick a team.

This extensively updated sedan is both sharply styled and sharper to drive, though retains a high level of refinement. But the hybrid set-up and CVT don’t quite allow the driver to extract the very best from an excellent chassis.