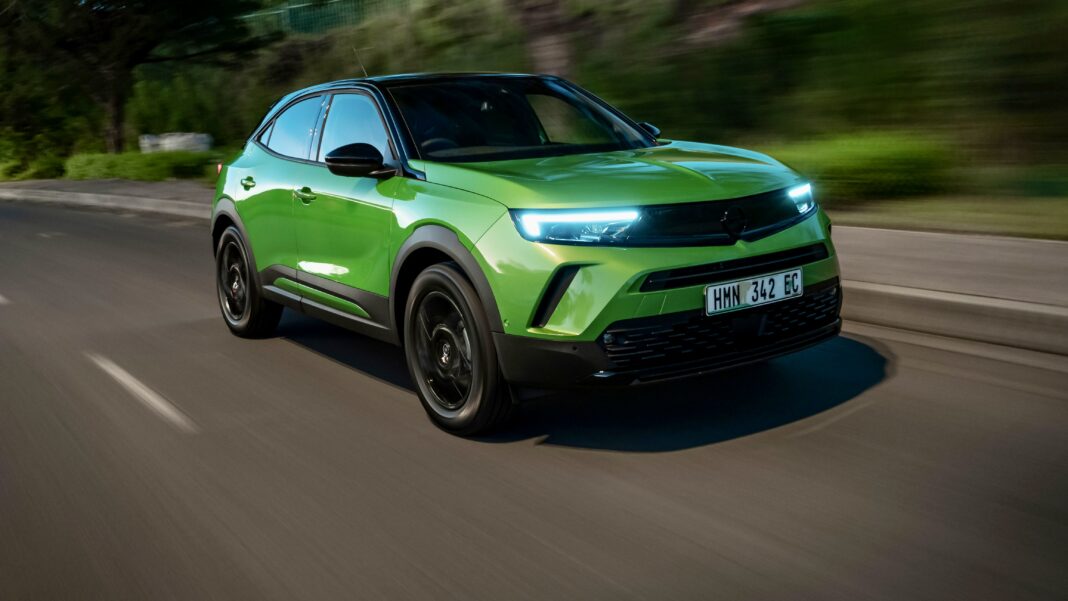 A significant departure from its forebear, we hop into the new Opel Mokka in top-spec GS Line guise…

The new Opel Mokka signifies a significant departure from its forebear. This applies to its exterior design language, contemporary interior and overall driving characteristics. The German marque says the latest generation is anything but normal. In the ever-expanding compact-crossover segment, that’s a bold statement to make. We hopped into the top-spec GS Line to determine whether this rings true. Is the latest version anything but a typical small SUV? 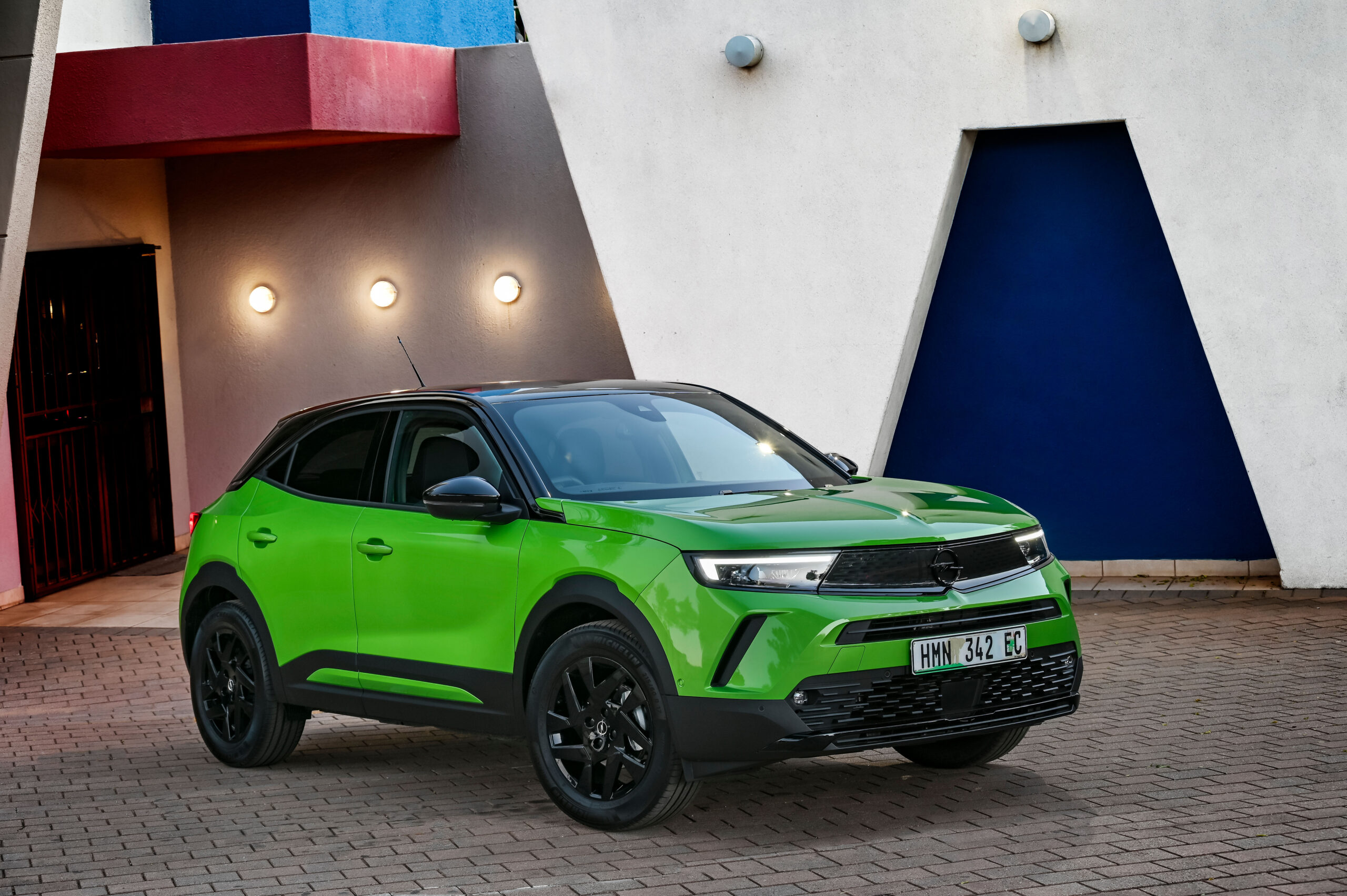 Opel says this generation signifies a new, exciting design direction for the brand. So, let’s start there — the exterior styling. Inspired by the design of the GTX Xperimental concept car, the new Mokka is one of the first Opels adorned with the automaker’s Vizor design. Opel says this item is the compact crossover’s most striking design element. The Vizor spans the front facia and incorporates the LED headlamps (the GX Line derivative is equipped with the firm’s matrix LED items), housing striking daytime-running lights (DRLs).

’Round back, the tapered taillamp clusters house LED lamps. The model designation is sited at the centre of the tailgate. According to Opel, the font of the lettering is fluid and lively and emphasises the width of the Mokka. 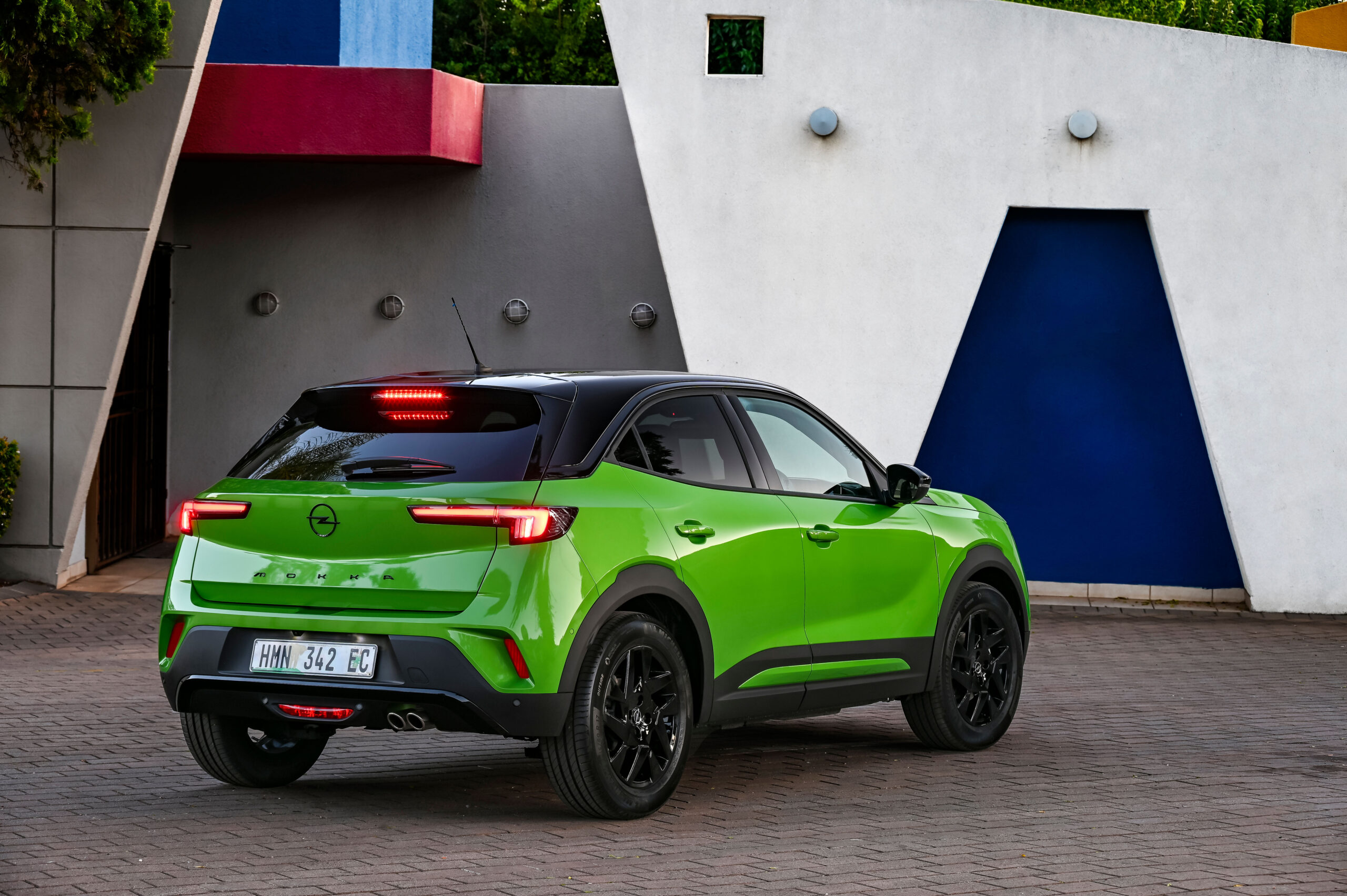 The dimensions of the Mokka’s bodywork add to the bold design. It’s arguably one of the best-looking small crossovers in the segment, especially when dressed in Matcha Green paintwork (seen here). We hope that this bold design filters through to the Corsa in the coming years. 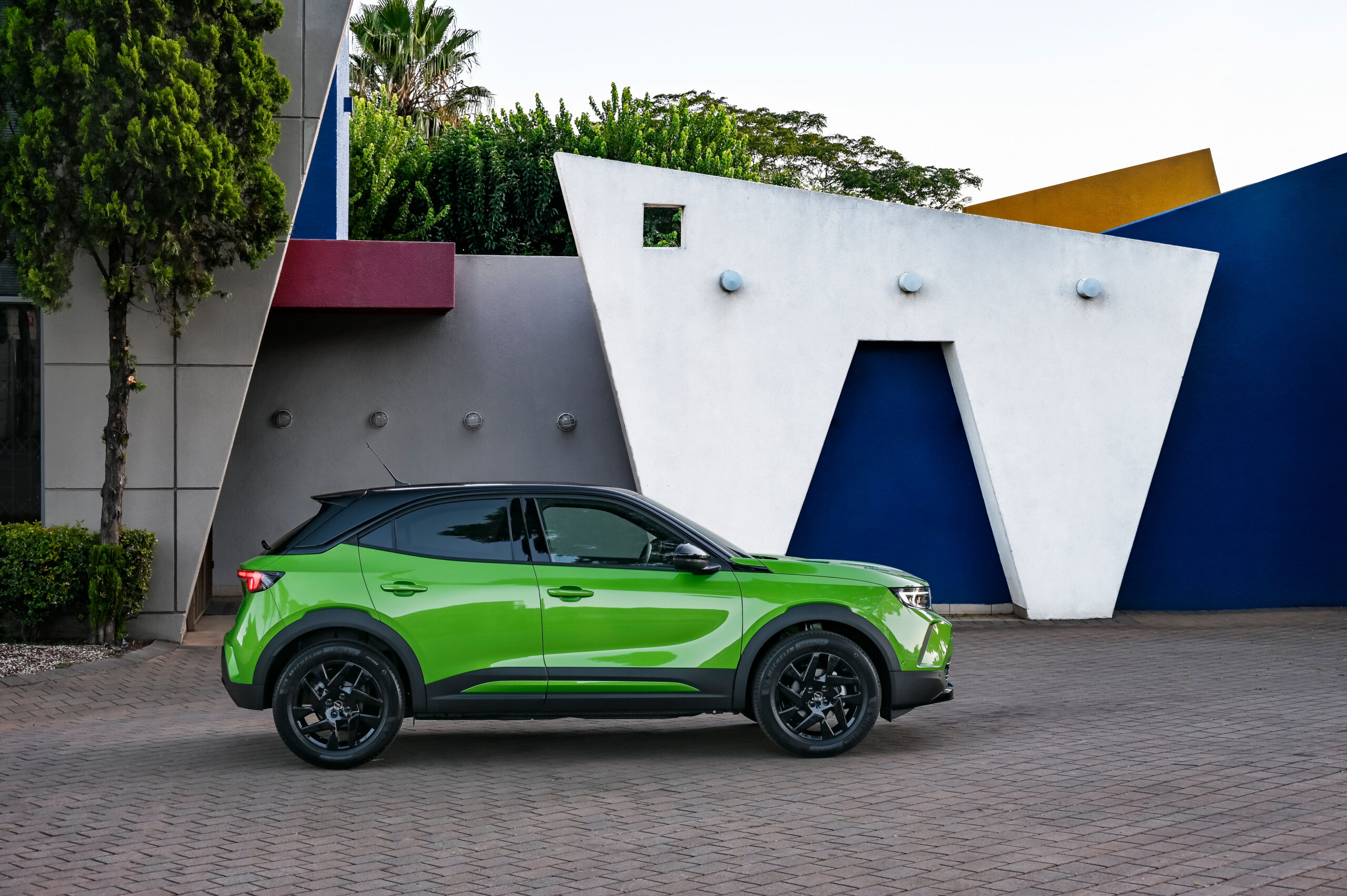 GS Line trim gains a black contrast roof and 17-inch, gloss black alloy wheels. Several other hues are on offer. These include black, blue, and white, among others. However, we would’ve liked more personalisation options for the new Mokka.

Another significant upgrade is the interior. Opening the front door (via keyless entry) reveals a solidly constructed cabin. Though a few hard plastic finishes are present, it feels well put together. The interior looks modern. However, some might argue that it could do with some more vibrant trim bits. 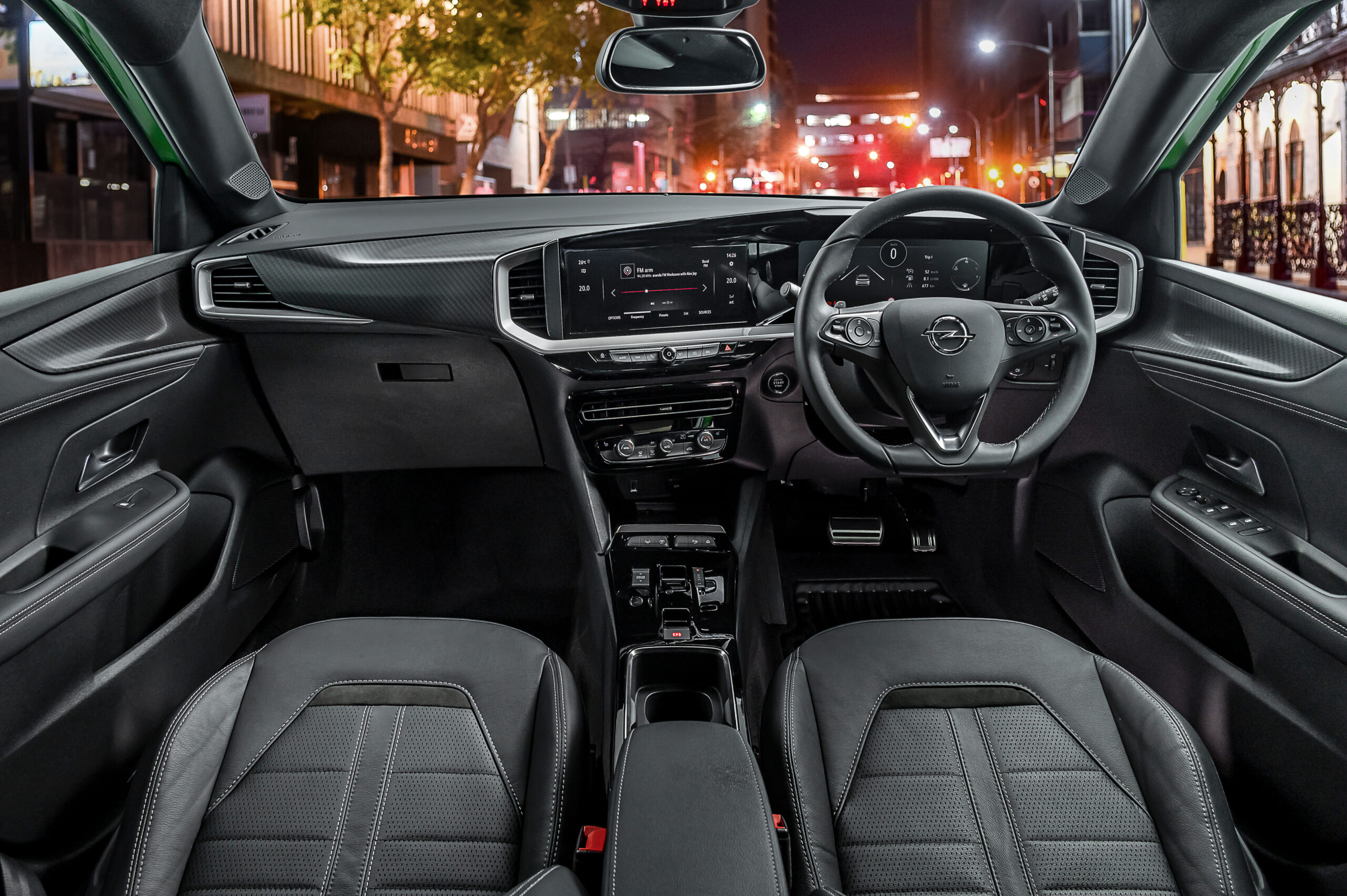 The cabin is on the smaller side, however. The Mokka offers a luggage capacity of 310 litres. However, folding down the rear seats provides 1 105 litres for utility purposes. 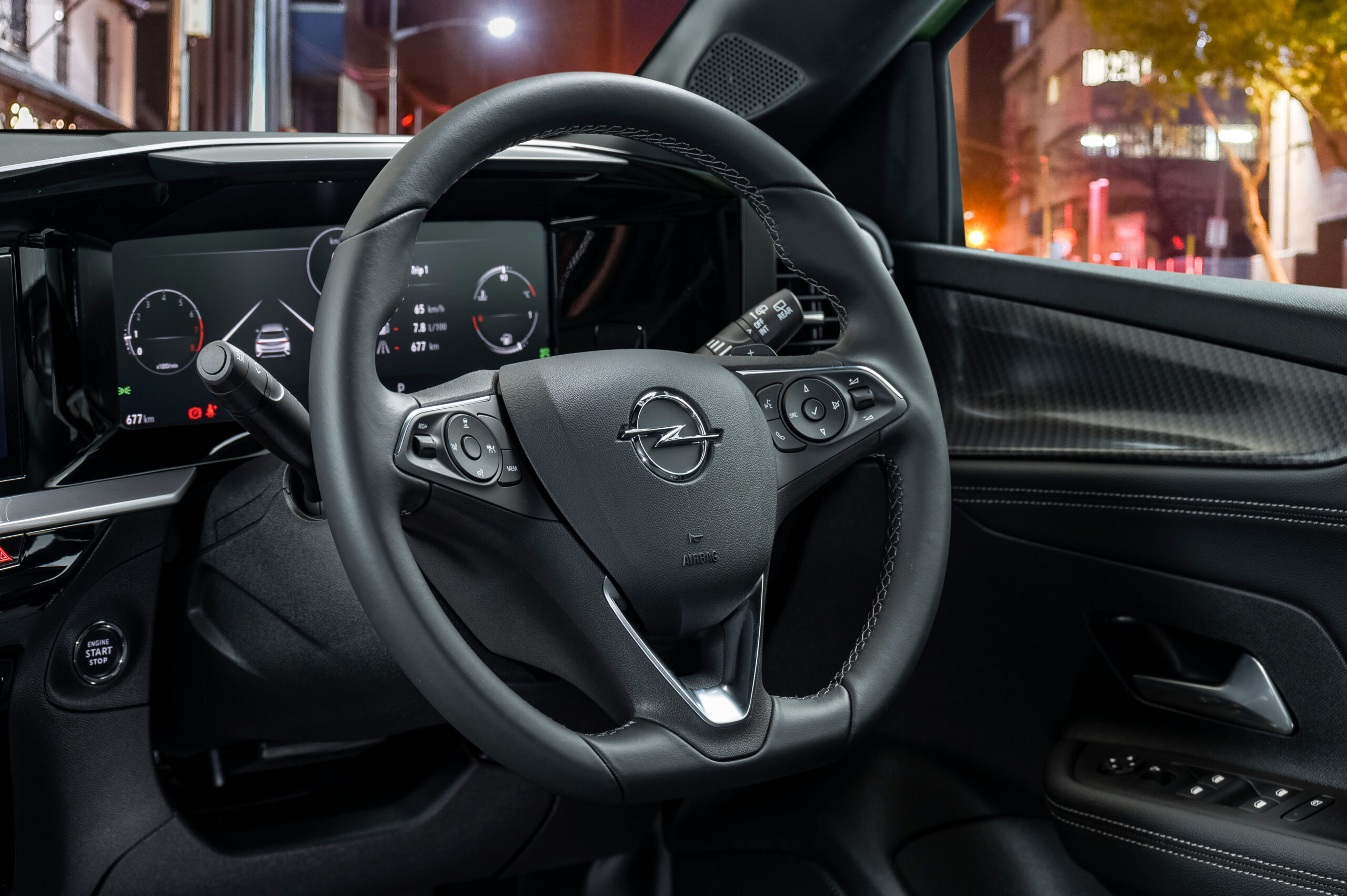 The front pews offer height adjustability and steering wheel, rake and reach, making it a cinch to dial in your preferred driving position. In its lowest setting, the seating position was taller than expected, which allowed for a clear view of the road ahead.

Pressing the engine start/stop button ignites the 1.2-litre turbo-triple. The petrol unit is familiar as it also powers the Mokka’s hatchback sibling and French small-crossover cousin, the Peugeot 2008. However, whereas the latter compact SUV is equipped with a six-speed self-shifter, the Mokka gains an eight-speed automatic transmission. 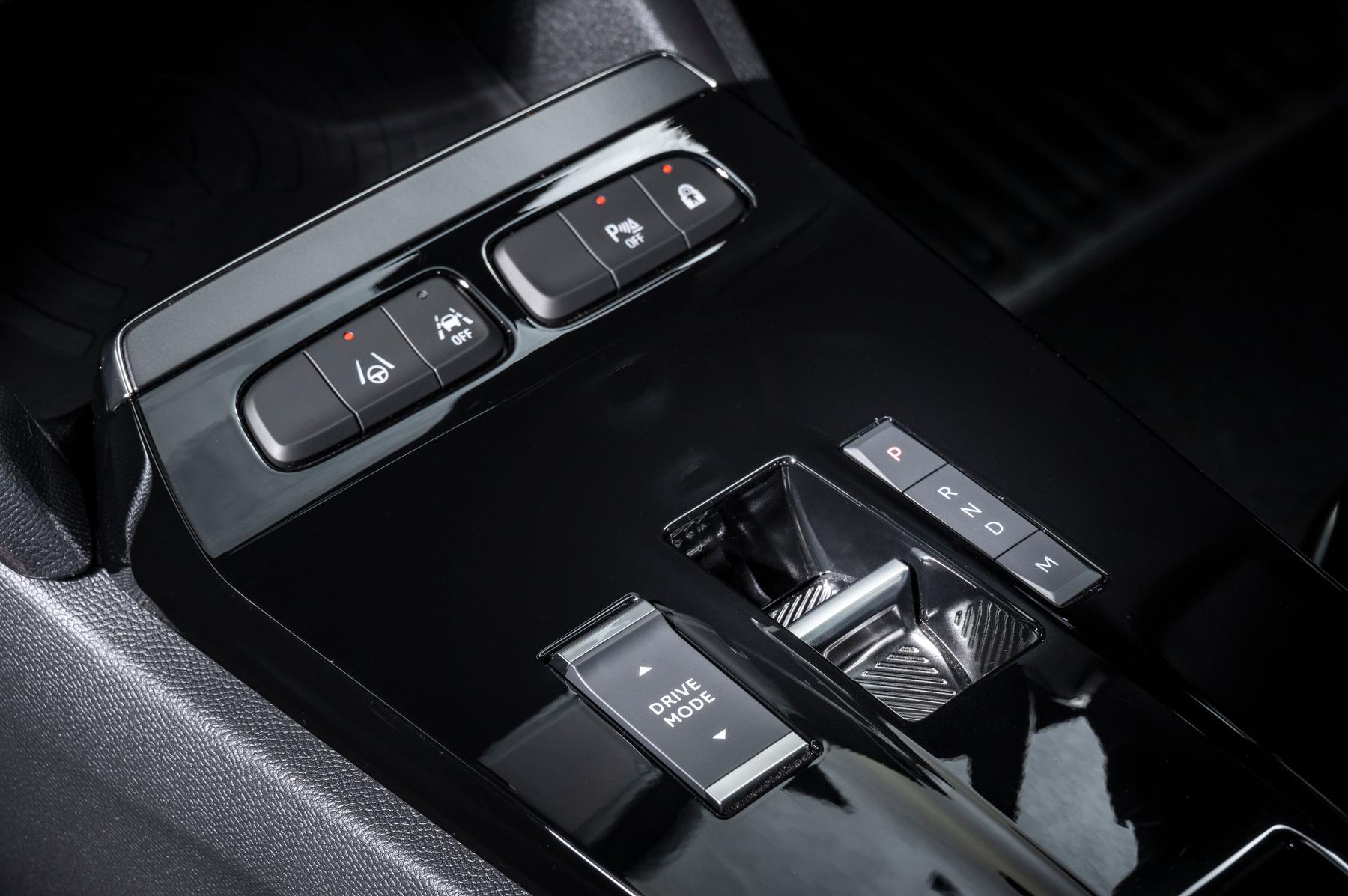 The three-cylinder engine was sufficiently punchy during our drive on the outskirts of the Mother City. The engine produces 96 kW and 230 Nm of torque, available from 5 500 r/min and 1 750 r/min, respectively. The eight-speeder was smooth in its workings, in town and on the long road, where a few overtaking manoeuvres were required. Opel claims an average fuel consumption figure of 6.1 L/100 km. Matching this figure provides an average fuel range of 721 km. However, during our drive, we averaged around 8.0 L/100 km. That said, we were making liberal use of the throttle.

The steering feel is light, though ample feedback was relayed from the front axle. The Mokka is equipped with an independent MacPherson strut front, and torsion beam rear suspension arrangement. Together with the 60-profile rubber, this set-up soaked up road scars with aplomb. Body roll was well contained in the corners. 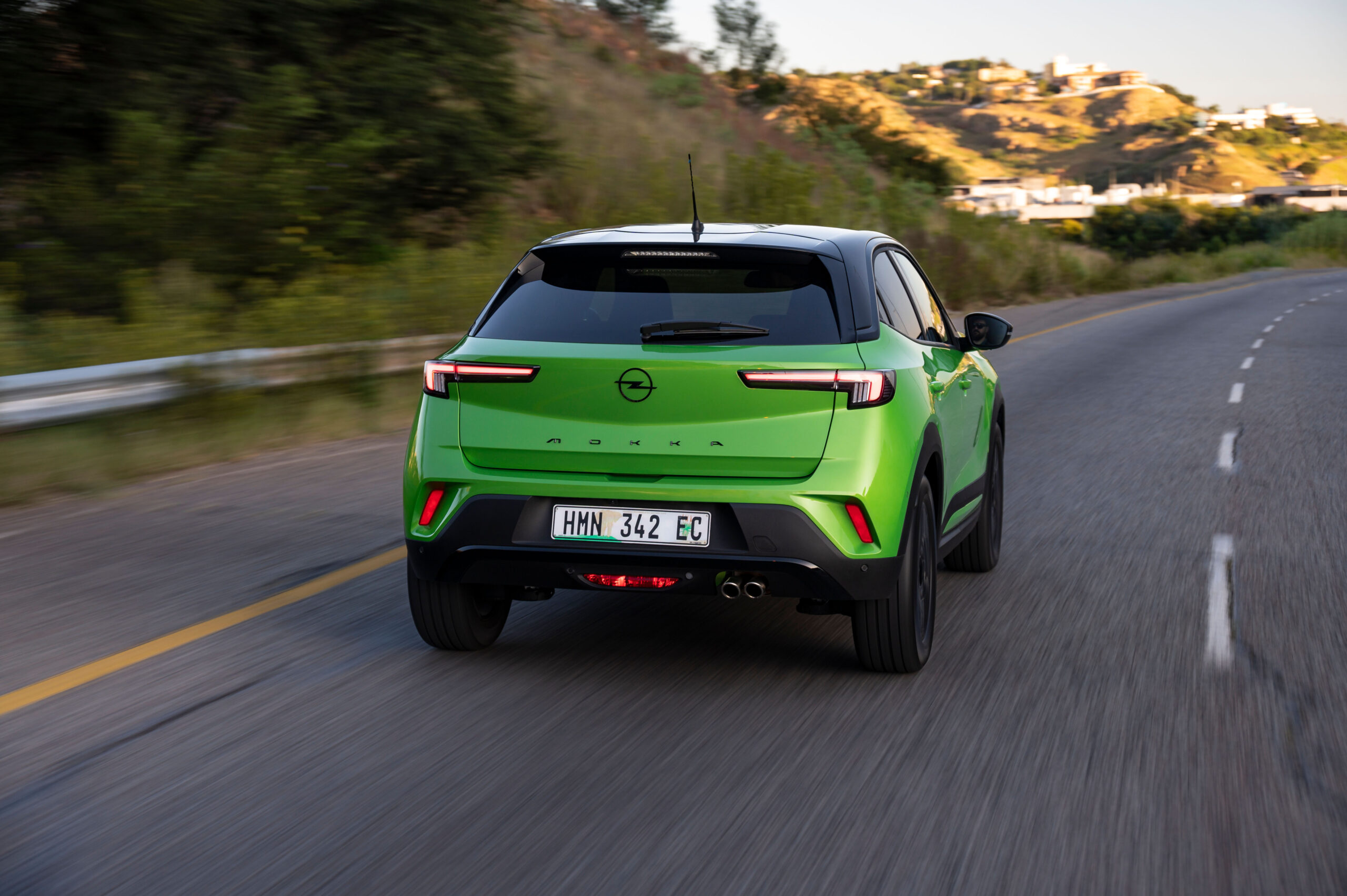 The new Mokka is a significant departure from the previous-generation model. The exterior design is striking, the interior up to modern standards and lavishly equipped, and the driving characteristics commendable. It does, however, face some accomplished rivals. However, it’s an impressive package, less typical, and a worthy addition to this competitive segment and well worth a look.