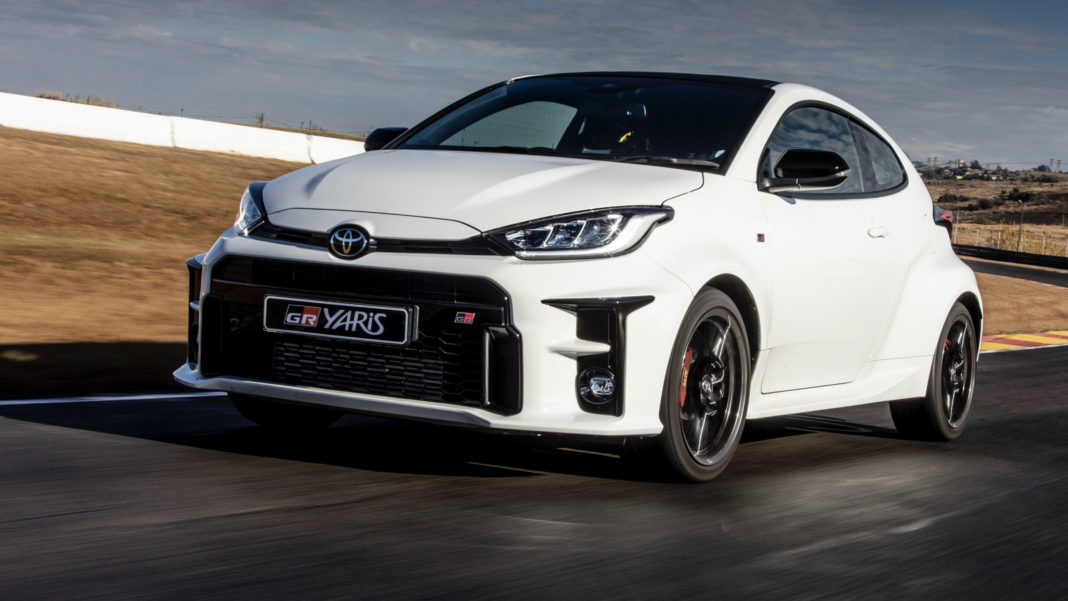 An absolute achievement for Toyota, the GR Yaris is a no-frills hot hatch, providing for an exhilarating driving experience.

I vividly remember my time spent behind the wheel of the Toyota Yaris GRMN (Gazoo Racing Masters of the Nürburgring): each gearshift of the six-speed manual gearbox; my eardrums vibrating with the whistle of the Toyota-Lotus-developed supercharged 1.8-litre petrol motor; the feedback from the road relayed through the steering wheel; my hands gripping tightly as we sped towards the horizon. The GRMN-badged hot hatch left a lasting impression. It was an intoxicating experience driving this lightweight, 156 kW and 250 N.m, front-wheel-driven hot hatch.

When hearing Toyota is developing a GR version of the new-generation Yaris, I became excited; curious, even. What will the World Rally Championship (WRC)-inspired hot hatchback be like to drive? And, most importantly, how will driving it compare to the experience provided by the GRMN? Expectations were high.

Diving into the mechanics of the car built as homologation model for the FIA WRC and developed with Tommi Mäkinen Racing, Toyota’s partner in WRC, the GR Yaris seemed promising. It has all the attributes of what makes a hot hatch great: a punchy engine, wrapped in lightweight body construction, and a manual transmission. All that was now required to answer the questions swirling around in my mind was to get behind the wheel and drive it. The opportunity finally arrived when the long-anticipated “rally inspired” hot hatch was officially launched in South Africa.

With these questions firmly at the back of my mind, I opened the door to a Fierce Red example of a GR Yaris Rally and sat down behind the GR-badged tiller and dialled in the manually adjustable driver’s pew to its lowest position. Although not as low as I would have preferred, the seating does give a driver a clear view of the road ahead. The roads that lied ahead: a Formula K racetrack, followed by Red Star Raceway on the outskirts of the City of Gold.

Pressing the GR-badged engine start/stop button ignites the endearing thrum of the most powerful series-production three-cylinder motor ever produced. Locally, the 1.6-litre turbocharged inline-three has been tuned to deliver 198 kW and 360 N.m of torque, the latter available from 3 000 r/min to 4 600 r/min. According to Toyota, this allows the Gazoo Racing hot hatch to accelerate from zero to 100 km/h in 5.5 seconds before reaching a maximum speed of 230 km/h.

Although we didn’t have the opportunity to test the claimed zero to 100 km/h time on the short and bendy Formula K racecourse, straight-line speed is arguably not what the GR Yaris is made for. It is, as we found out, a hot hatch most suitable and most enjoyable in the corners; here, on a racetrack or on winding mountain roads. It’s certainly quick, though.

Equipped with an all-new all-wheel-drive system Toyota calls GR-Four and sticky Michelin rubber, the grip provided through the corners was astounding. The GR-Four setup, Toyota says, is designed to optimise drive power to each wheel. In normal mode, torque is distributed between the fore and aft axles by a 60:40 split; in sport mode, 30:70; and in track, 50:50. With torque distribution set to the latter, the GR Yaris remained planted through the bends, inspiring confidence with each passing lap. 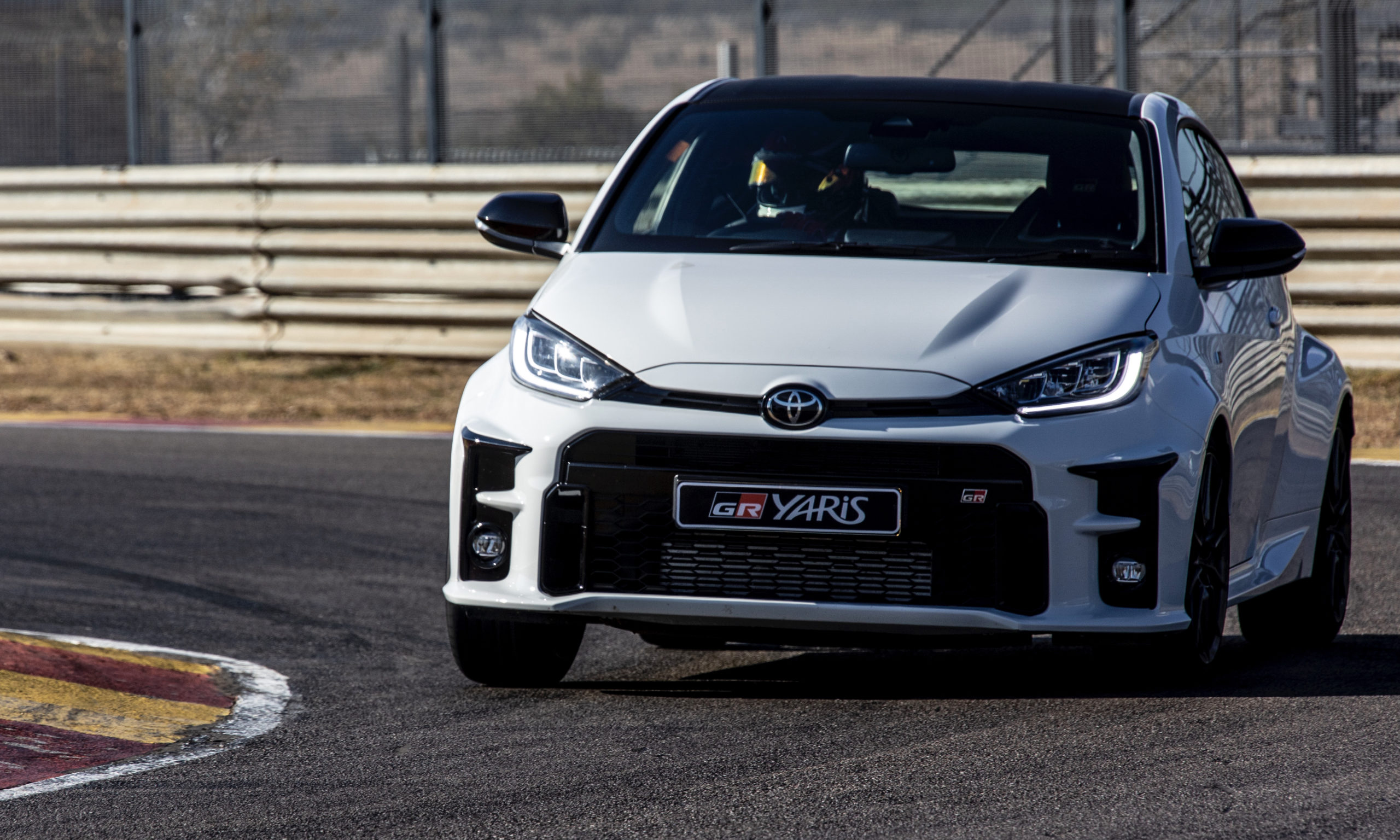 The GR Yaris was immense fun to drive. The steering is well weighted, allowing for precise handling, and relays an ample amount of feedback to the driver. However, it is only when driving alongside an experience racing driver ‘round these racetracks that you realise how capable the GR Yaris really is. In the hands of South African racing driver Giniel de Villiers it is simply astounding what the GR Yaris can do.

Driving the GR Yaris was an intoxicating experience

With the sun setting on the Johannesburg, the two questions at the back of my mind came to the fore. What will the homologation hot hatchback be like to drive? And how will driving it compare to the experience provided by the GRMN? Firstly, driving the GR Yaris was, like the GRMN version that went before, an intoxicating experience. Secondly, although the fond memories of piloting the GRMN Yaris still remain with me to this day, the GR version provides for an even more exhilarating experience.

In the (local) hot-hatch landscape, where cars purely focused on driving are arguably few and far between (not that there’s to say there aren’t any), the GR Yaris is an absolute achievement for the Japanese car manufacturer. It is truly a special car; a hot hatch that, in the future, will arguably become sought after by many. Take a bow, Toyota … to a standing ovation.