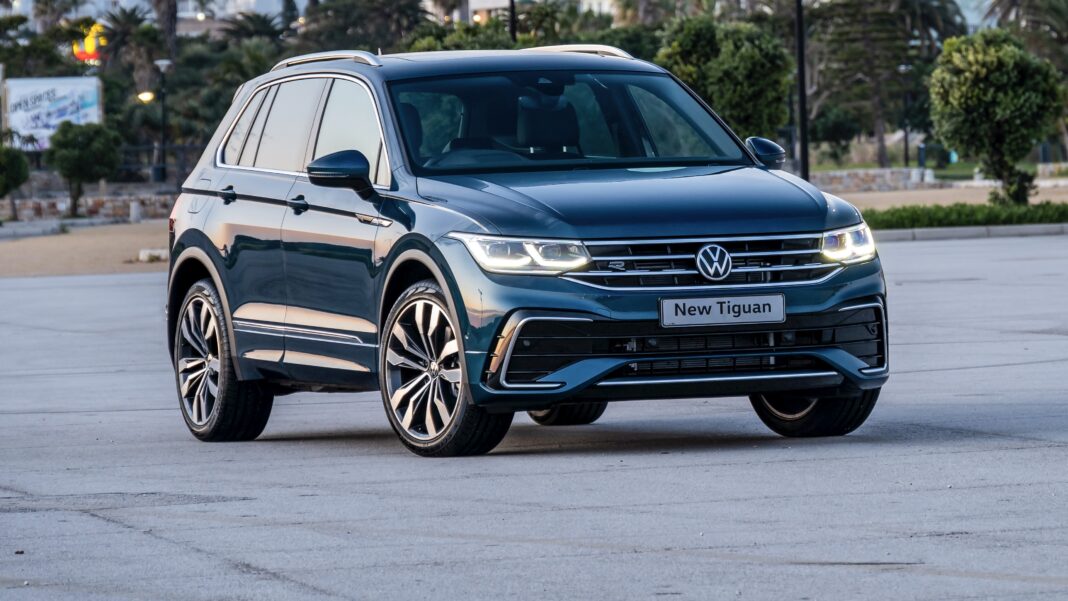 VW has handed its popular Tiguan a nip and a tuck, including some interior treatments that will likely divide opinion.

Which model do you imagine was top of the worldwide production charts for Volkswagen in 2020? The locally popular Polo, perhaps? Nope. The venerable Golf, then? Wrong again. The Tiguan was easily VW’s most-built nameplate last year, with annual volumes having increased almost eightfold since the first full year of production in 2008. In fact, the global tally of Tiguan units built has already rocketed well past six million.

Here in South Africa, the Tiguan has been superseded as the local firm’s bestselling imported model by the smaller, more affordable T-Cross, but it remains right at the sharp end of its segment. So, now this second-generation model has had its mid-cycle update, just how drastically has the German firm dared to alter what has long been a winning formula?

Well, although the powertrain range in Europe has been rejigged – that market even gains a plug-in hybrid variant – the local engine line-up is entirely unchanged. That means three options are again on offer: the 110 kW 1.4 TSI (rather than the fresher 1.5 used on the Old Continent), the torquey 2.0 TDI and the 162 kW 2.0 TSI. VW SA has, of course, also confirmed the high-performance Tiguan R (which boasts 235 kW in Euro-spec guise) is scheduled to touch down early in 2022.

For now, the automaker has seen fit to roll out fresh specification levels, with the base, Life and R-Line names supplanting the familiar Trendline, Comfortline and Highline monikers (while the pre-facelift model’s optional R-Line package is now incorporated as standard on the top-spec variant). Styling updates are most obvious up front, where you’ll notice fresh LED headlights, a redesigned grille and a more aggressively contoured bumper.

Still, it’s inside where the most significant – and potentially divisive – alterations have been made. Taking its cue from the Golf 8 hatchback, R-Line versions of the refreshed Tiguan adopt a leather-clad steering wheel set apart by touch-sensitive controls that respond to both deliberate prods and light swiping actions. Problem is, drivers may well find themselves inadvertently activating a function with the errant brush of a palm.

It’s a similar case with the air-conditioning system’s new digitalised control unit, which favours illuminated touch panels and sliders over traditional rotary knobs and buttons. While ease of use should improve a little with familiarity, we’re of the opinion physical controls remain a more intuitive option when it comes to keeping the driver’s eyes on the road.

VW’s 8.0-inch Composition Media touchscreen system now ships standard across the range, with the optional 9.2-inch Discover Pro arrangement (R18 500) adding niceties such as satellite navigation and wireless connections for Apple CarPlay and Android Auto. Frustratingly for those who use somewhat older devices, VW has followed Mercedes-Benz in ditching conventional USB ports for USB-C outlets in this model.

The perceived quality of the Wolfsburg-produced Tiguan’s cabin is just as high as before, with R-Line variants further boasting items such as a highly configurable digital instrument cluster and particularly comfortable Vienna leather seats replete with electric adjustment and heating functions up front. The list of options, meanwhile, has been expanded to include elements like a Harman Kardon sound system (R11 400), wireless smartphone charging (R4 000) and a wider range of advanced driver assistance features. In fact, the list is now so extensive our test unit sported extra kit totalling some R130 000.

This derivative’s turbocharged 2.0-litre, four-cylinder petrol engine again delivers 162 kW and 350 Nm (yes, it’s the EA888 unit in an earlier GTI-flavoured state of tune) to all four corners via a seven-speed dual-clutch transmission. Some other markets have upgraded to the full-fat 180 kW output, but the untouched SA-spec powertrain provides more than rapid enough acceleration and continues to be suitably refined on the long road.

Whereas the R-Line package offered on the pre-facelift model came bundled with sports suspension, it’s the act of specifying the optional 20-inch Suzuka alloys (R13 000) that forces the fitment of the lowered set-up on this updated Tiguan. Though the primary ride still feels well resolved, the stiffer suspension and that extra inch on the wheel diameter do conspire to add a sense of brittleness to proceedings should the road surface turn corrugated.

VW SA has shrewdly opted not to make wholesale changes to its strong-selling Tiguan line-up, choosing instead to freshen up the styling and modernise the interior (but we’re unconvinced by those fiddly touch controls). In addition, the 162 kW version offers more than sufficient performance for most users, with the high-performance R flagship on the horizon for those who require yet more grunt.

Ultimately, the Tiguan remains a highly accomplished family SUV delivering the same impressive spaciousness (for passengers plus luggage) and premium atmosphere as before. There’s a reason VW builds so many of them, after all.

Volkswagen Tiguan 2.0 TSI 4Motion R-Line
Just enough tweaks to keep loyal Tiguan buyers content (and potentially draw in new customers), though the touch controls inside R-Line models won’t be popular with everyone. Keep an eye on the cost of your chosen options, too.