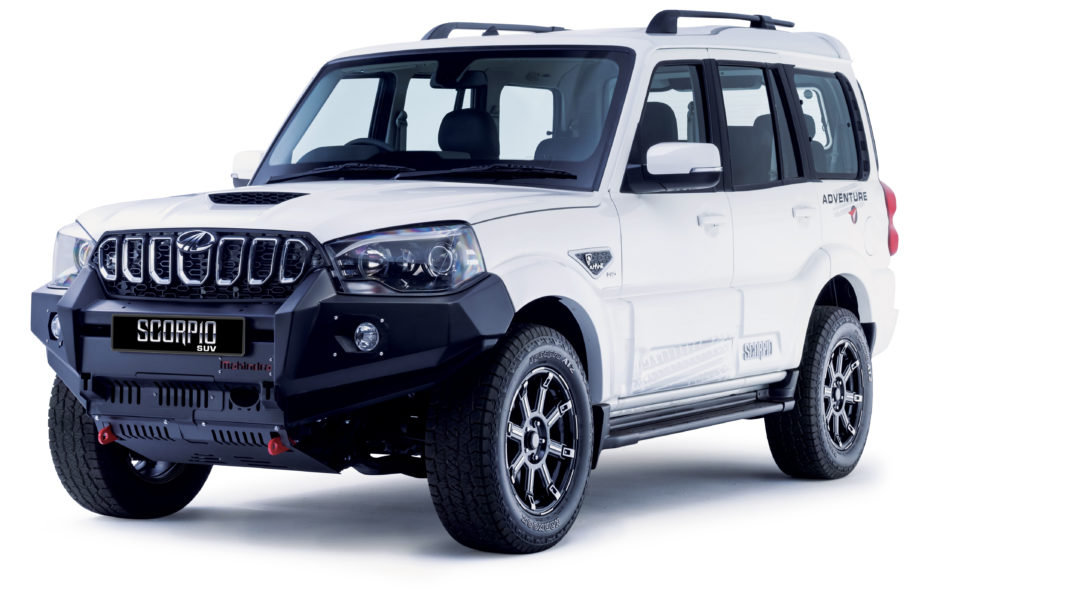 Mahindra has whipped the covers off the Scorpio S11 Adventure, with the local arm of the Indian car manufacturer revealing pricing for the limited-edition version its rugged SUV.

The most distinguishable exterior elements setting this special-edition Scorpio apart from its standard stablemate is the addition of new steel bumpers. According to Mahindra, the “off-road” bumpers has been specifically created for the Scorpio and integrate “seamlessly” into its SUV design for a “truly striking appearance”. These items, the automaker says, have also increased the approach and departure angles.

The front bumper features a pair of fog lamps and anchor points. Incorporated into the chassis, the fore anchor points, Mahindra says, allow serious off-road and overloading enthusiasts to fit other recovery gear, like an electrically operated winch or high-lift jack, to the limited-edition Scorpio.

‘Round back, the rear bumper is fitted flush between the side-moulder bumper sections. As standard, the aft bumper is equipped with a tow bar, recovery hooks and high-lift jack points. The Scorpio S11 Adventure rides on a set of 17-inch alloy wheels, wrapped in “upgraded” (from the standard version’s road-biased tyres) all-terrain rubber, measuring 245/65 in size. The Scorpio S11 Adventure has a ground clearance of 165 mm. 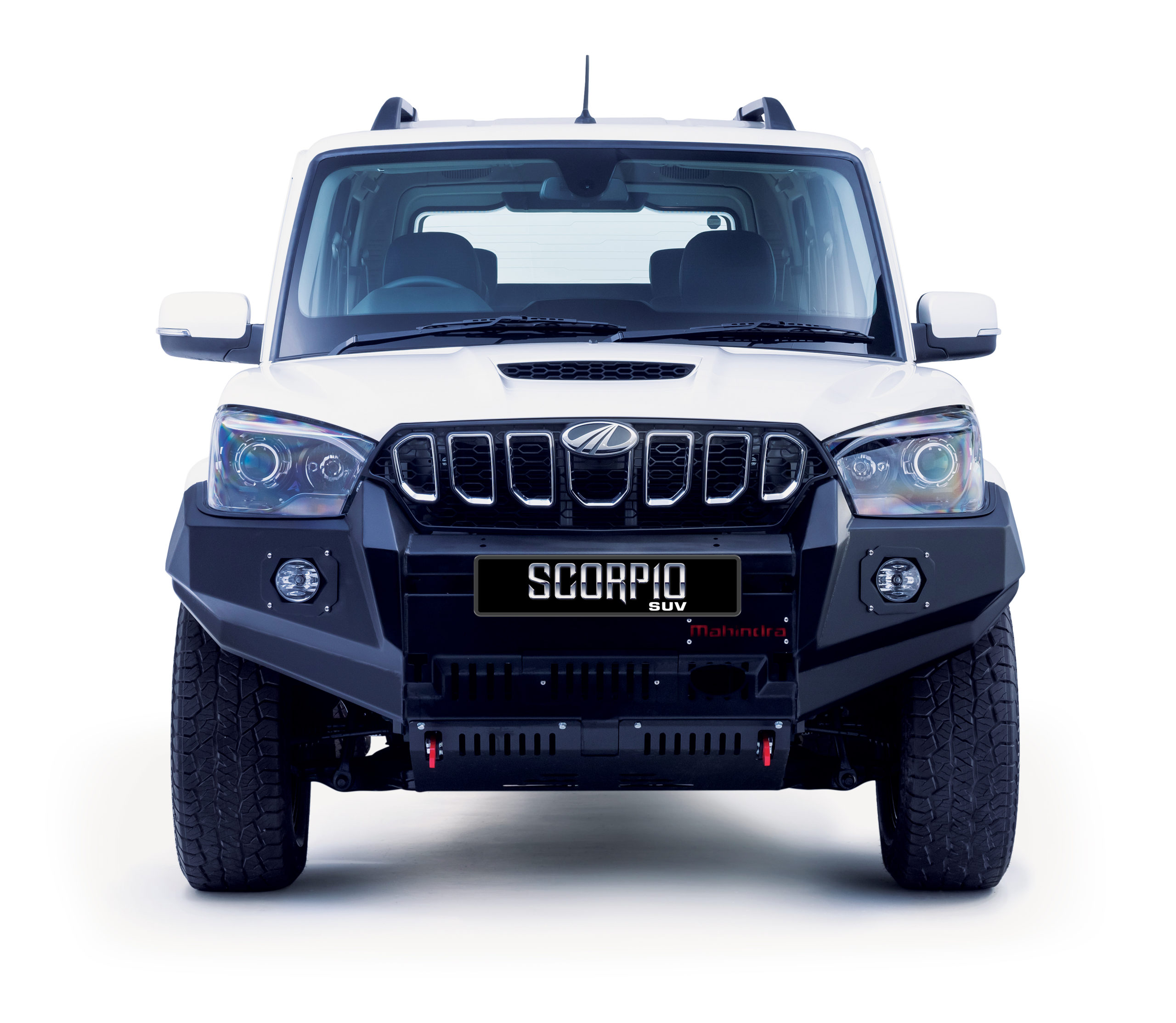 Endowed with a more powerful version of Mahindra’s familiar 2.2-litre mHawk turbodiesel motor, the limited-run SUV offers outputs of 103 kW and 320 N.m, the latter available from a lowly 1 500 r/min to 2 800 r/min. Power and torque are directed to all four corners via a new, “slick-shifting” six-speed manual gearbox.

Said CEO of Mahindra South Africa Rajesh Gupta, “What has not changed, and will never change, is the value-for-money that the Scorpio offers. Like before, this big SUV offers large SUV capabilities, ride quality and space with the affordability of a compact SUV.”