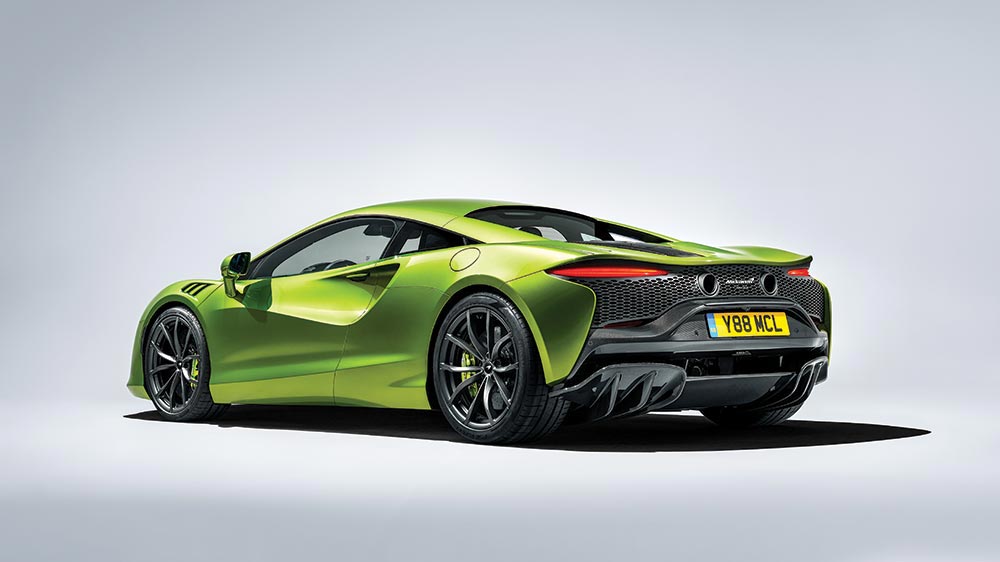 The Artura spearheads a new generation of models for the British supercar maker. We visited McLaren HQ in England to take a look before it arrives here in July.

Bruce McLaren started racing in 1952, eventually founding Bruce McLaren Racing in 1963, although, at the time, he was still representing Cooper. It was only in 1965 that he created his own team, which won its first race in 1968. Why the history lesson? Well, many people think McLaren Automotive has been around for decades because of the motorsport legacy that the New Zealander created, but the reality is the company is only slightly more than a decade old. Yes, there was the famous McLaren F1 and even the Mercedes-Benz SLR McLaren under the banner of McLaren Cars, but the modern company was formed only in 2010, launching the MP4-12C as its first model just a year later.

Things have been busy since then, something that has received a mixture of positive and negative sentiment. There are those who think the company has created too many new derivatives, something that you can understand if you’ve just bought a new McLaren and then a slightly di­fferent version comes along a few months later. 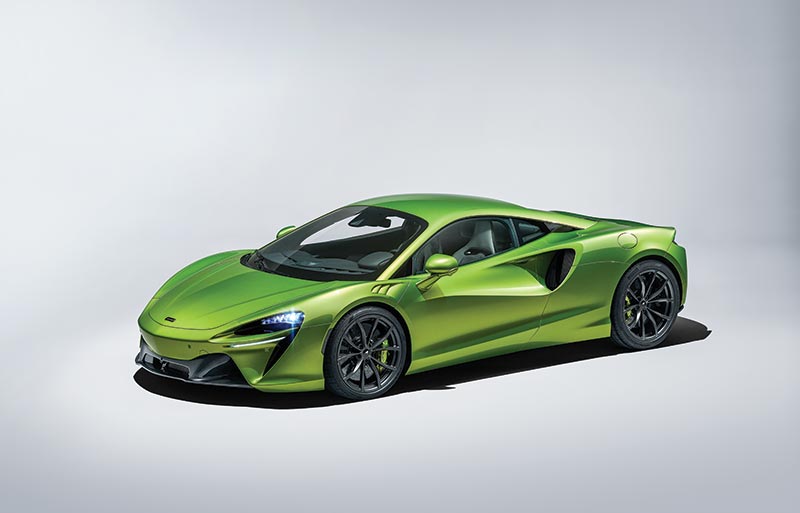 That’s all a matter for debate but what is not is that the company is embarking on a new era in its second decade, and that’s why the new Artura, meaning Art and Future, is much more important than many realise.

We saw the car late last year at a preview event at the McLaren Technology Centre in Woking, England, and had the opportunity to chat to a number of members of the team who developed it.

The first and most obvious thing is that the Artura is a hybrid, what the company calls a High Performance Hybrid (HPH). McLaren has dabbled with the technology before, with the P1 and the Speedtail, but this is its first main production model to combine the internal-combustion engine with electrification. It won’t be the last, either, as the Artura features a new architecture, the McLaren Carbon Lightweight Architecture (MCLA), which is optimised for electrification and will underpin more models to come.

“We wanted to build on all the elements of the last 10 years,” says Jamie Corstorphine, director of product strategy at McLaren Automotive. However, he says they also had to create a car from the ground up to meet the demands of a new era, an era of electrified mobility. “The ability to drive a car electrically will become even more important,” he told us. 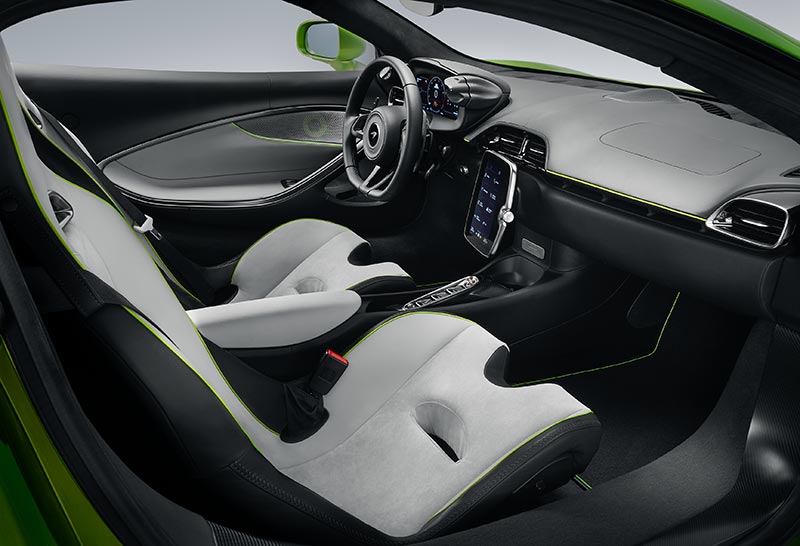 To do that, McLaren has developed a new electric motor, one that Sunoj George, head of electric drive technology, told us produces 70 kW and 225 Nm, and has 33% greater power density per kilogram than the pack in the P1. It’s also a new type of axial-flux e-motor which George says allows them to get more power from the magnets’ field than with the usual radial-flux setup. The motor’s capable of allowing speeds up to 120 km/h in electric mode and travelling for up to 30 km. That might not seem very far, but if Johannesburg or Cape Town were to implement low-emissions zones like those in London and elsewhere, it would allow you to drive into the city without financial penalties. That’s really the point, plus the electric motor provides additional low-end torque for when you get out of town.

When the Artura does head for the hills, it will be relying more on a brand-new 3.0-litre twin-turbo V6 engine which Richard Jackson, McLaren’s head of powertrains, says took six years to develop. Crucially, it features a compact 120-degree V-angle which allows much higher revs, in this case a red line of 8 500 r/min, although torque peaks at 7 000 r/min. It’s mated to an eight-speed gearbox which also contains the e-di­ff and there’s the option of four driving modes: electric, comfort, sport and track.

Selecting one of those driving modes is easier, with the selector now on the instrument binnacle rather than in the centre console. It’s part of extensive changes to the interior with the aim of not only providing simpler driving operation but also improving comfort and use of technology. 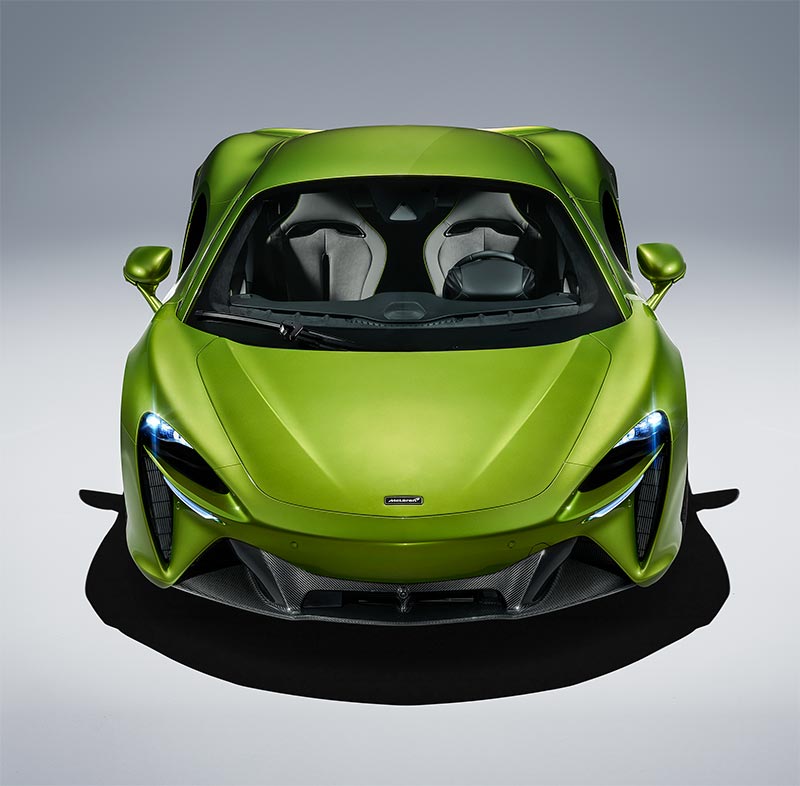 The interior is still fairly minimalist but it is still part of a more interactive vehicle underpinned by the first ethernet architecture in a car. It’s also 5G enabled which allows for faster over-the-air updates and it has a new infotainment system which features Apple CarPlay compatibility for the first time in a McLaren. Plus, there’s stealth mode, which turns o­ff all non-essential info in the car so you can focus purely on driving.

This brings us to the design, normally the first talking point but which, in the Artura, is slightly eclipsed by the new powertrain. Design boss Rob Melville told us that the brief was to have purity, technical sculpture and functional jewellery. We’ll translate this design speak for you: basically, it means the car must look good and have bits that do stuff. This includes things like the vents in the fenders that pull turbulent air outwards to prevent it going into the side intakes. Then there’s the laser-cut mesh at the rear, a design feature on its own but a piece of engineering that allows hot air to escape from the engine.

The front has a definite look of MP4-12C about it with the hammerhead-shark nose. Also making a return is the McLaren kiwi light shape, something that was sadly missing on the 720S. It’s all a bit of a nod to the past with a view to the future, a new future of electrification, driving silently through cities and being a little bit responsible.

We’re assured the Artura is thrilling to drive with new levels of throttle response and driver engagement. We’ve only been able to look at it so far and, for now, will have to take McLaren’s word for it. We’ll be driving it soon, though, and when we do, we’ll report back on whether we should be as excited about McLaren’s next decade as we were 10 years ago. 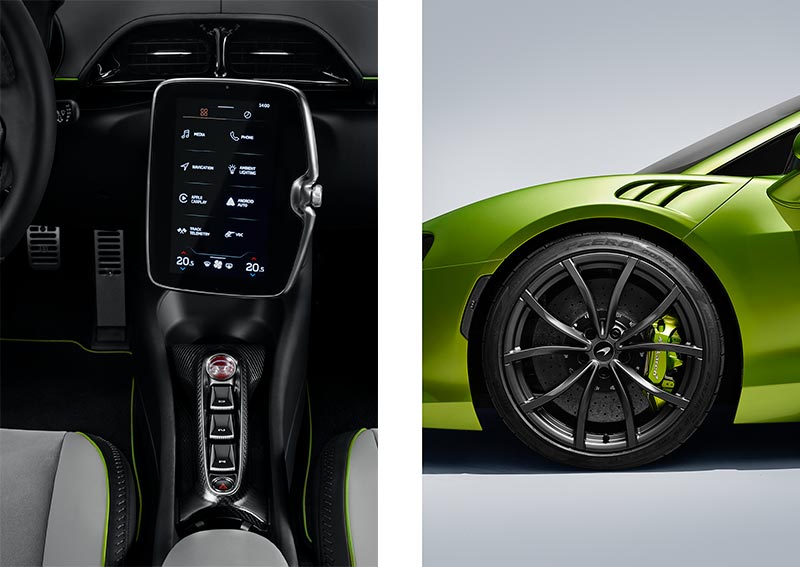