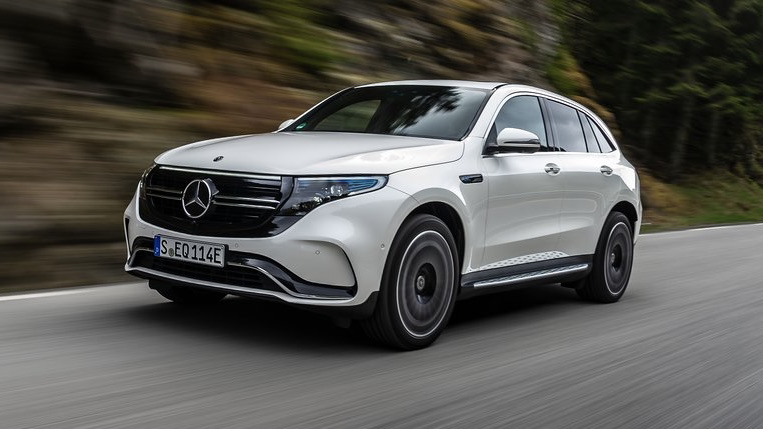 Mercedes-Benz South Africa has confirmed a quartet of Mercedes-EQ models are heading to our shores come April 2022. These are the four emissions-free variants that will soon join the premium car manufacturer’s local portfolio…

The opening gambit to Mercedes-Benz’s all-electric range, the EQA was launched in EQA 250 guise. The EQA 250 features a high-voltage, 66,5 kWh “double-decker” lithium-ion battery, which sits as a structural element within the underbody of the electric crossover. The latter, 420 V item provides surge to a single electric asynchronous motor. Mounted on the front axle, the electric motor produces 140 kW and 375 N.m of torque. According to Mercedes-Benz, the EQA 250 offers an electric-only range of 493 km and a combined electric consumption of 15,7 kWh/100 km. Maximum speed is a claimed 160 km/h.

“We will offer a whole family of EQA models, with output ranging from 140 through to more than 200 kW, and with front-wheel as well as all-wheel drive. And for those for whom the issue of range is particularly important, our portfolio will in due course also include a special version of the EQA with a radius of more than 500 kilometres according to WLTP,” Markus Schäfer, member of the board of management of Daimler AG and Mercedes-Benz AG; responsible for Daimler Group Research and Mercedes-Benz Cars COO.

Although Mercedes-Benz has yet to list which EQB derivatives will make their way to our shores (unlike the EQA 250, the local arm of the German manufacturer doesn’t list the power and torque outputs), the second emissions-free compact car from Mercedes-EQ was launched in China in top-of-the-line guise, featuring the automaker’s AMG Line package and boasting 215 kW. In Europe, meanwhile, Mercedes says customers will have the choice between several models, complete with front- and all-wheel drive and various power levels “right from the start”.

The first Mercedes launched under the Stuttgart carmaker’s EQ brand, the EQC is equipped with an 80 kWh lithium-ion battery, which powers a duo of asynchronous electric motors, each sited on the fore and aft axle, producing a combined power and torque output of 300 kW and 765 N.m. According to Benz, this allows for a zero to 100 km/h acceleration time of 5,1 seconds and maximum speed of 180 km/h. Electric-only range, meanwhile, is claimed to be “more than” 450 km.

The flagship EQ in Benz’s all-electric portfolio, the EQS is the first model to be based on the Three-pointed Star brand’s modular architecture for luxury and executive-class EVs. The first models on the market will be the EQS 450+ and EQS 580 4Matic, both powered by a 107,8 kWh battery. The former version makes do with only a single electric motor, directing 245 kW and 568 N.m to the rear axle for a claimed zero to 100 km/h acceleration time of 6,2 seconds. The 580 4Matic is endowed with a twin electric motor arrangement, providing 385 kW and 855 N.m to the front and rear wheels. According to Mercedes, the EQS will have an electric-only range of “up to” 770 km.