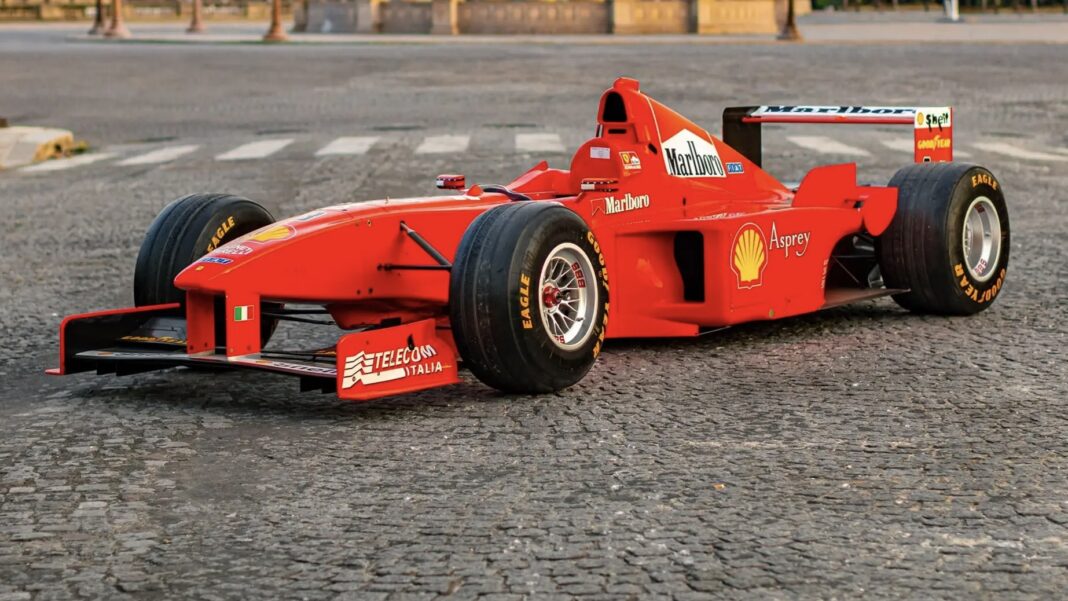 RM Sotheby’s has announced that the undefeated Ferrari F300 Formula One car of Michael Schumacher is heading to auction. Driven to four victories by the seven-time F1 World Champion, the auction house says the 1998 F300 example is the most successful Ferrari F1 chassis across all eras. It’s the only of its kind to run “at least” three races and achieve victory in every single race entered.

When released, the Ferrari F300 employed a new engine, the 3.0-litre Tipo 047. The V10 unit produced an “impressive” 588 kW. It features a maximum engine speed of a whopping 17 500 r/min, providing a snarling soundtrack through a novel “periscope” exhaust system. The engine was coupled with a seven-speed sequential gearbox.

The F300 was further equipped with independent torsion bars with push rods at each corner of the racecar. And it was fitted with 13-inch alloy wheels housing high-carbon composite brake discs.

This Ferrari F300 — chassis number 187 — is believed to have been completed at Maranello early in 1998. The model heading on auction was the seventh of nine examples built for that year’s F1 championship. However, RM Sotheby’s notes, “Rather importantly, it is the most successful of three race-winning F300 examples used by the team, and also the only F300 to have a perfect race record”. Piloted by the iconic racing driver, it won all four of the Grands Prix it contested.