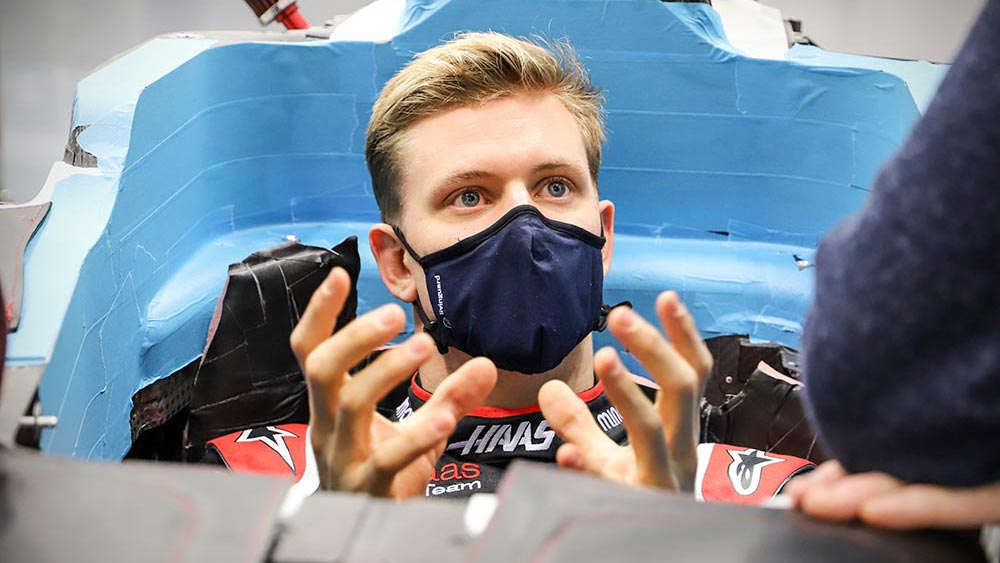 The return of a Schumacher to F1 makes 2021 laden with nostalgia. The moment is not lost on the 21-year-old German, but he is intent on making his own name … given enough time.

As the son of seven-time world champion Michael Schumacher, Mick faces immense pressure in his debut season for the Uralkali Haas Formula 1 Team. All eyes will be on the German youngster and current Formula 2 champion this season.

In an interview with CNN, Mick admitted to these pressures, but brushed them off compared with the pressure he places on himself. “I’m wanting to do well, but also it’s a big privilege for me to carry the Schumacher surname into F1. You always have to measure yourself to the best today, but also to the best in the past and obviously my dad is the best.”

As a junior go-karter, Mick raced using his mother’s maiden name to avoid public scrutiny and media attention. This luxury is gone. He will have a tough time of it. Lose and your legitimacy in the sport will be questioned. Win and your performance will be compared with the immense achievements of your father. It remains to be seen if this is a shadow from which he can escape.

Schumacher is part of the Ferrari Driver Academy and remains important to the future plans of the team from Bologna. He joins Nikita Mazepin in a new-look Haas team, replacing both Magnussen and Grosjean after a flurry of disappointing seasons.

Perhaps joining Haas is a blessing; the struggling team finished ninth in the Constructors’ Championship last year. Compare this – for example – with the immense expectations placed on Leclerc with his debut at Ferrari. This is in no way implying that Schumacher is not as good, or promising as Leclerc – I think he is – and Formula 2 seems to be producing numerous F1-ready drivers, but young drivers do need time to develop.

In his column for The Race, Haas team principal, Guenther Steiner, put it as follows, “Maybe for him it’s even better to be in a team that is not expected to perform highly so he can learn about F1 in a good way.”

Haas cannot win races. Yet, as Bottas and Leclerc well know, this is no different even when driving for a winning team. Steiner thinks that this is a good opportunity for him. “I just hope that people are patient and honest enough about it and that their expectations are managed.”

To carry the Schumacher name in racing must be an immense weight for a young driver. But, Mick’s recent performances – such as winning the Formula 2 Championship in his second year of competition – shows that the youngster finds his seats on merit. He has never wanted to be anything other than a racing driver.

His first noteworthy performance was finishing third in the 2011 Euro Wintercup KF3. In 2014, he came second in the World, European and German Junior Karting Championships and in 2015 switched to formula racing. He has since managed to rack up an impressive resume.