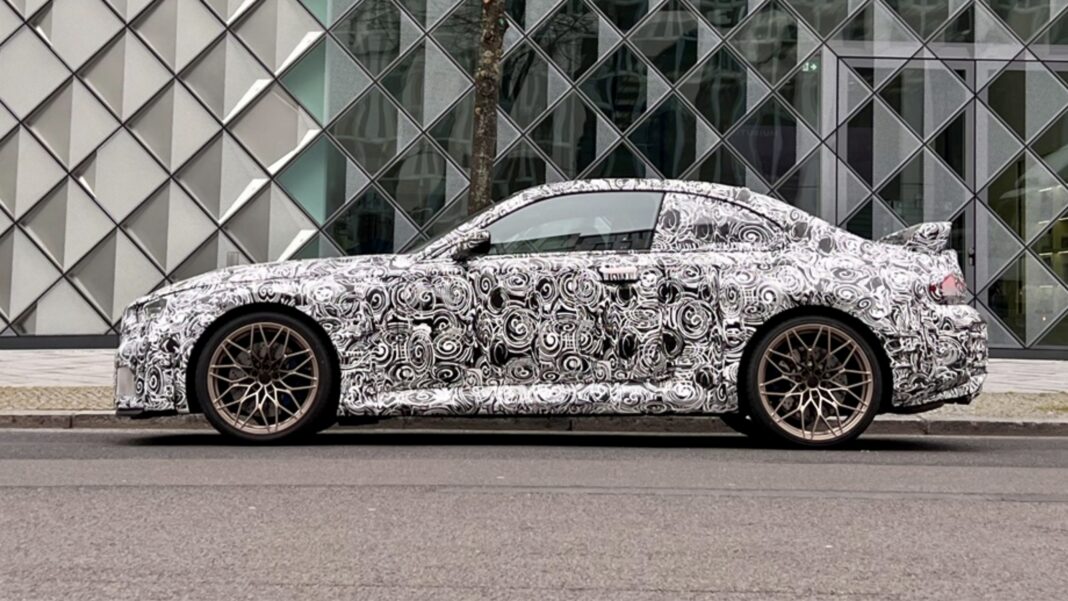 BMW has teased the new-generation M2 Coupé, with the camouflaged test mule seemingly wearing M Performance parts … and a large rear wing. The most noticeable items are, of course, those that are unwrapped. These include the bronze-coloured M alloy wheels. The wrapping, however, struggles to hide the large, boot-mounted rear wing. Those with a keen eye will also notice the seemingly enlarged wheel arches. As a reminder, previous reports suggest that the new M2 Coupé will make its official global debut sometime around June, after the reveal of the next-generation M4 CSL and around the same time as the upcoming M3 Touring. 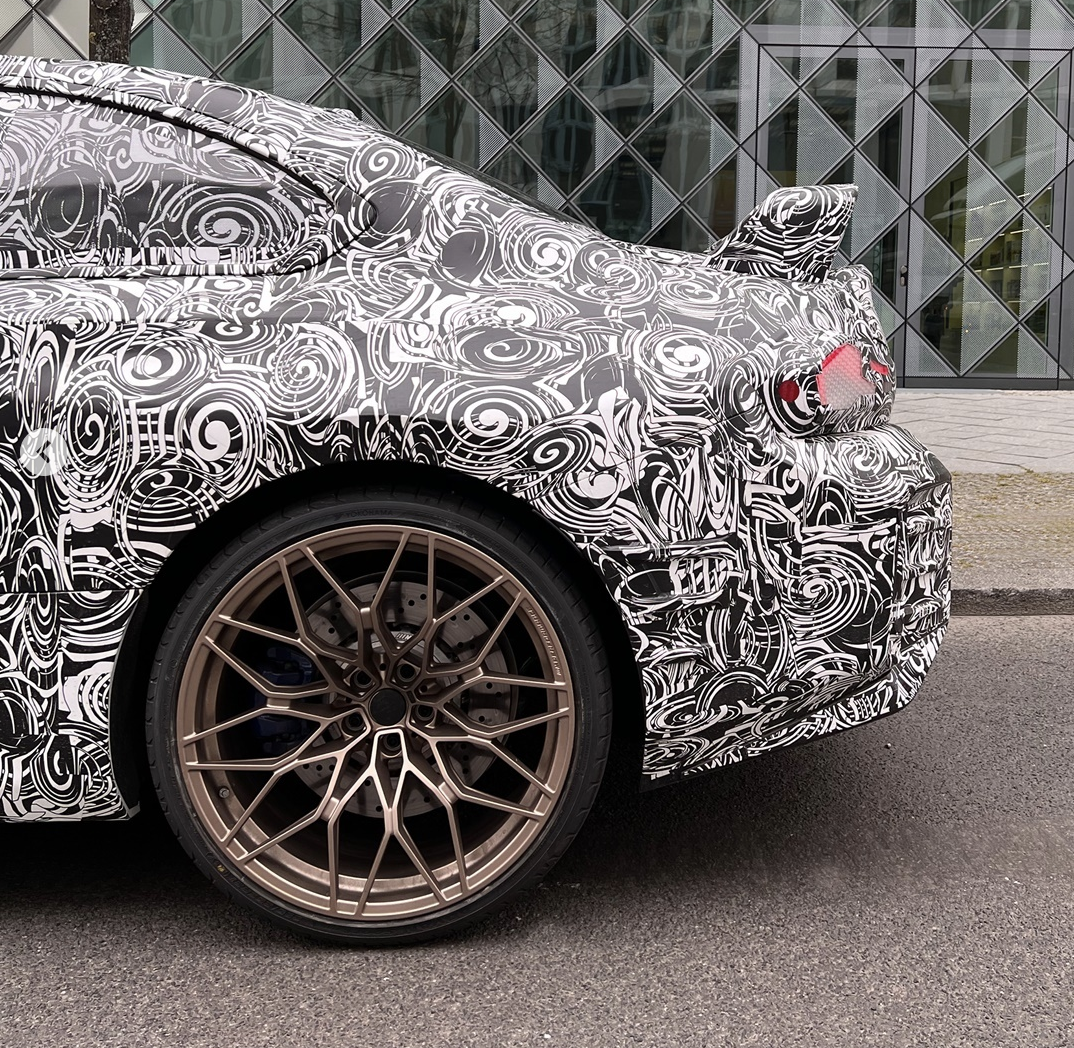