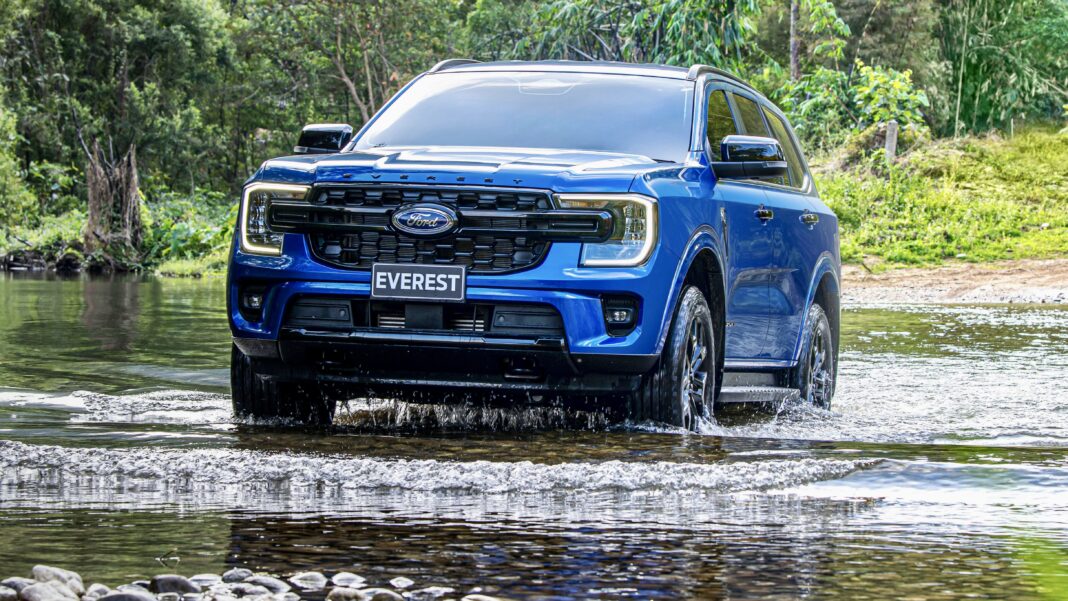 Following a brief teaser campaign, Ford has finally whipped the wraps off the next-generation Everest, with the Blue Oval brand saying the new model is built tough and capable on the outside while providing occupants with a sanctuary-like, comfortable interior. 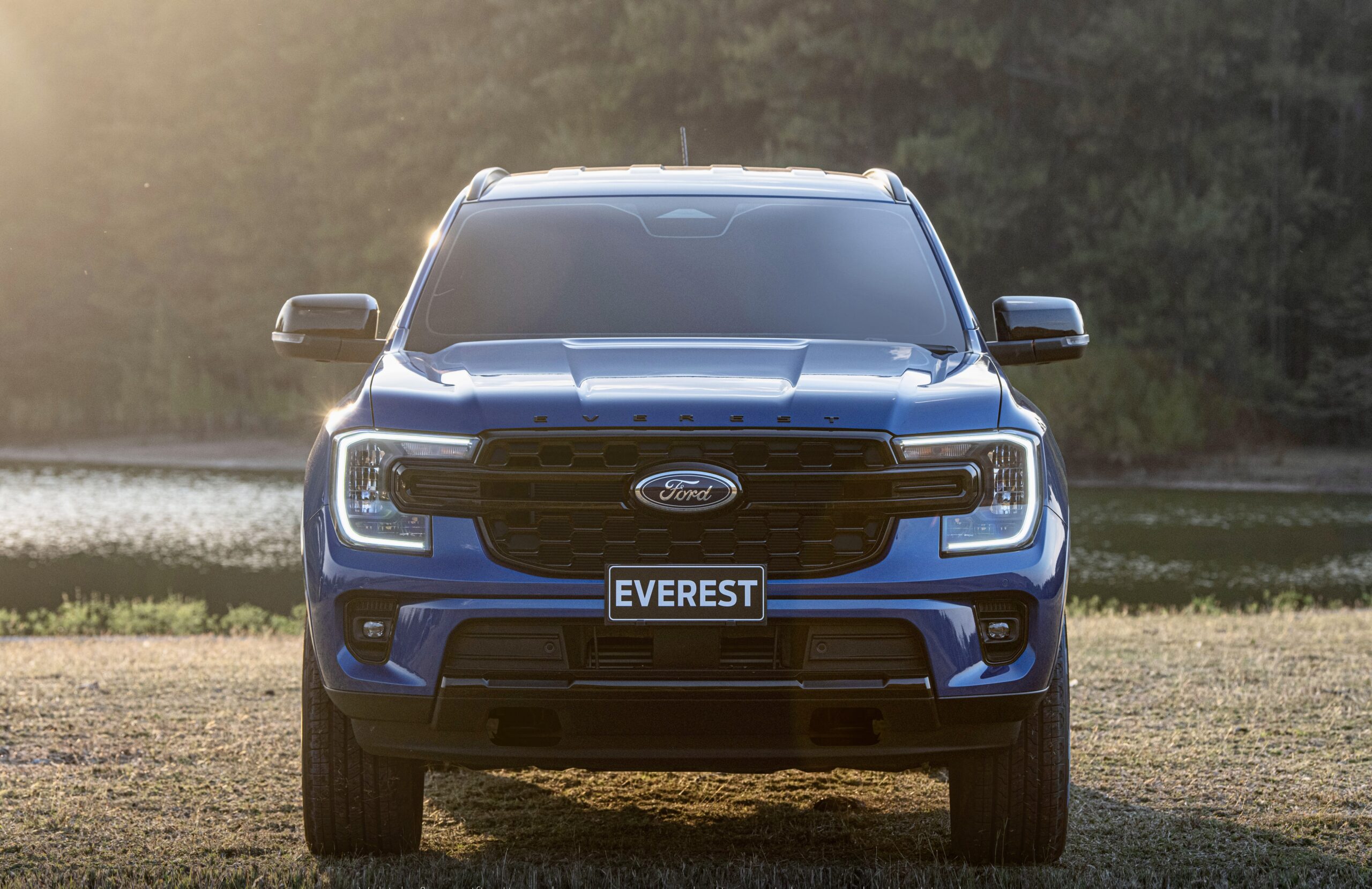 The latest edition of the firm’s seven-seater, bakkie-based SUV has been “engineered to excite”, Ford says. According to the company, the objective for building the next-gen Everest was clear. It had to be tough on the outside, have a comfortable cabin and “amazing” capability.

“When we started imagining the next-gen Everest, we started not at the beginning but at the end: With our customers,” said Ian Foston, chief platform engineer for Everest. “They’re people who like adventure, recreation and being able to go out with family and friends. Whether they’re conquering sand, rocks or city life, these customers appreciate the utility, capability and spaciousness of an SUV.” 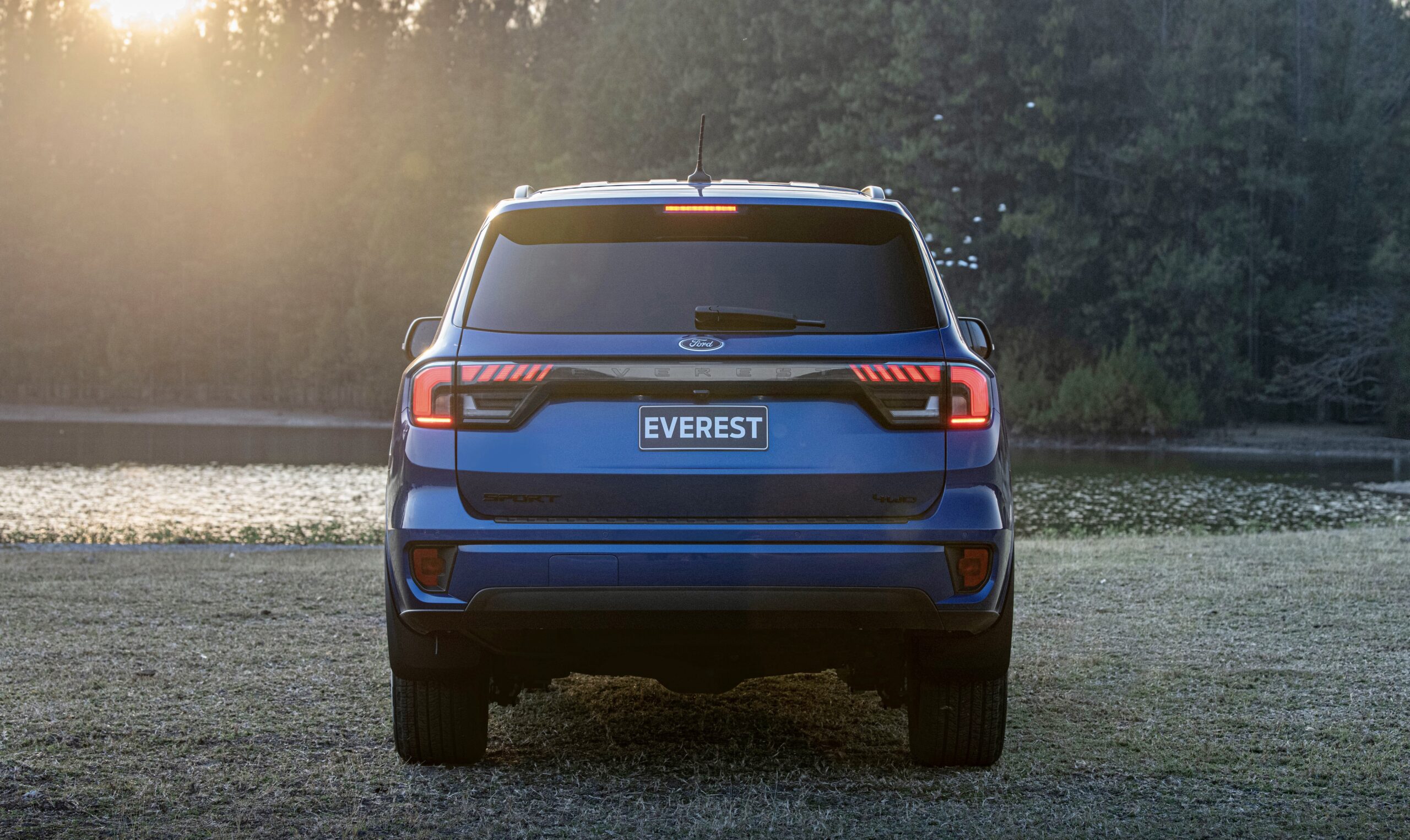 Outside, the most notable exterior revisions come in the shape of the new C-shaped LED headlamps, which flank a redesigned grille, and the LED taillamp arrangement. The wider track lends the SUV a more purposeful appearance.

“We showed customers the Everest at several points during the design process, and their feedback was consistent: They loved the exterior with the strong and rugged design, but they also thought it was sleek and modern,” said Max Wolff, design director for China and Ford’s International Markets Group (IMG). “They said that the Everest would give them the confidence to go off-road; it looks like a proper SUV.” 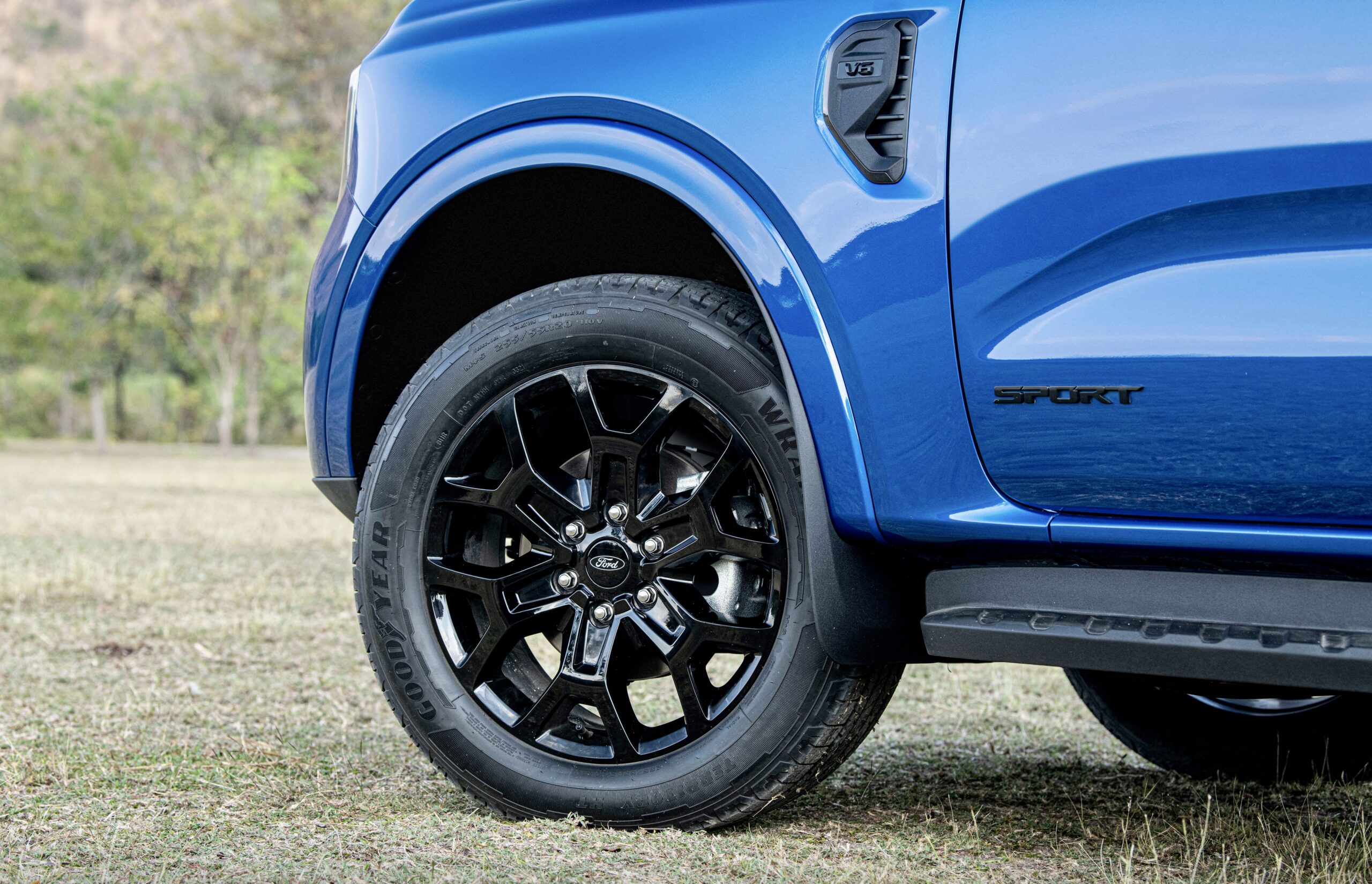 The cabin is, as the new Ranger‘s, dominated by a large, portrait-orientated touchscreen. The infotainment display is available in two sizes, 10.1 and 12 inches. The system incorporates Ford’s latest SYNC4A interface, which features voice-activated communication, entertainment and information systems. A 360-degree surround-view camera set-up relays video feed to the latter system. The digital instrument cluster can be had in either 8.0- or 12.4-inch sizes. 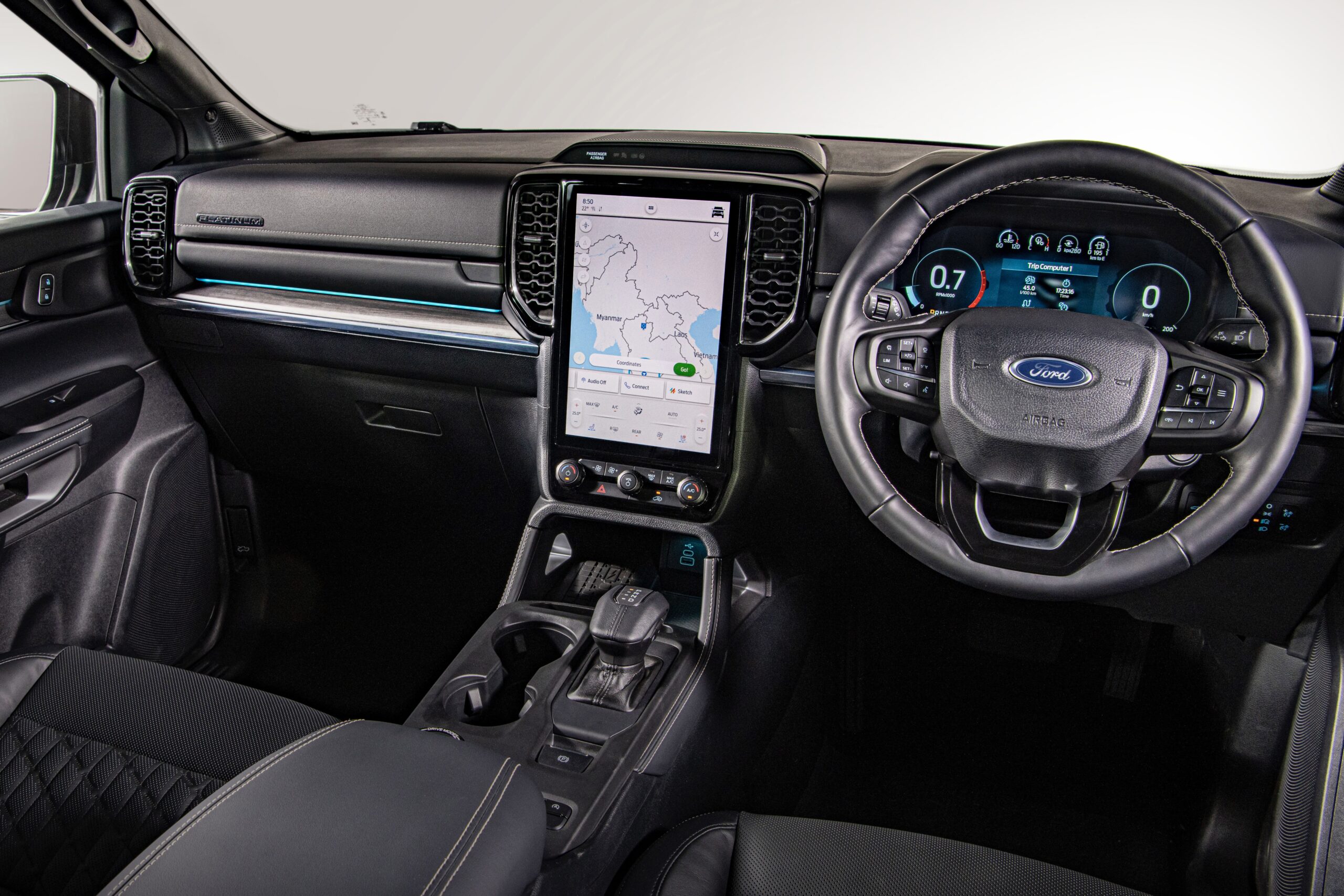 According to Ford, customers wanted more power and torque for towing, carrying heavy loads and off-roading. Ford has thus opted to fit the new Everest with a 3.0-litre, turbocharged V6 oil-burner. A duo of (market-dependant) other diesel engines will also be on offer. The latter includes the manufacturer’s familiar 2.0-litre turbodiesel unit and twin-turbocharged engine of similar displacement. In addition to the diesel options, a 2.3-litre EcoBoost petrol engine will also be available. Transmissions include a six-speed and 10-speed automatic. 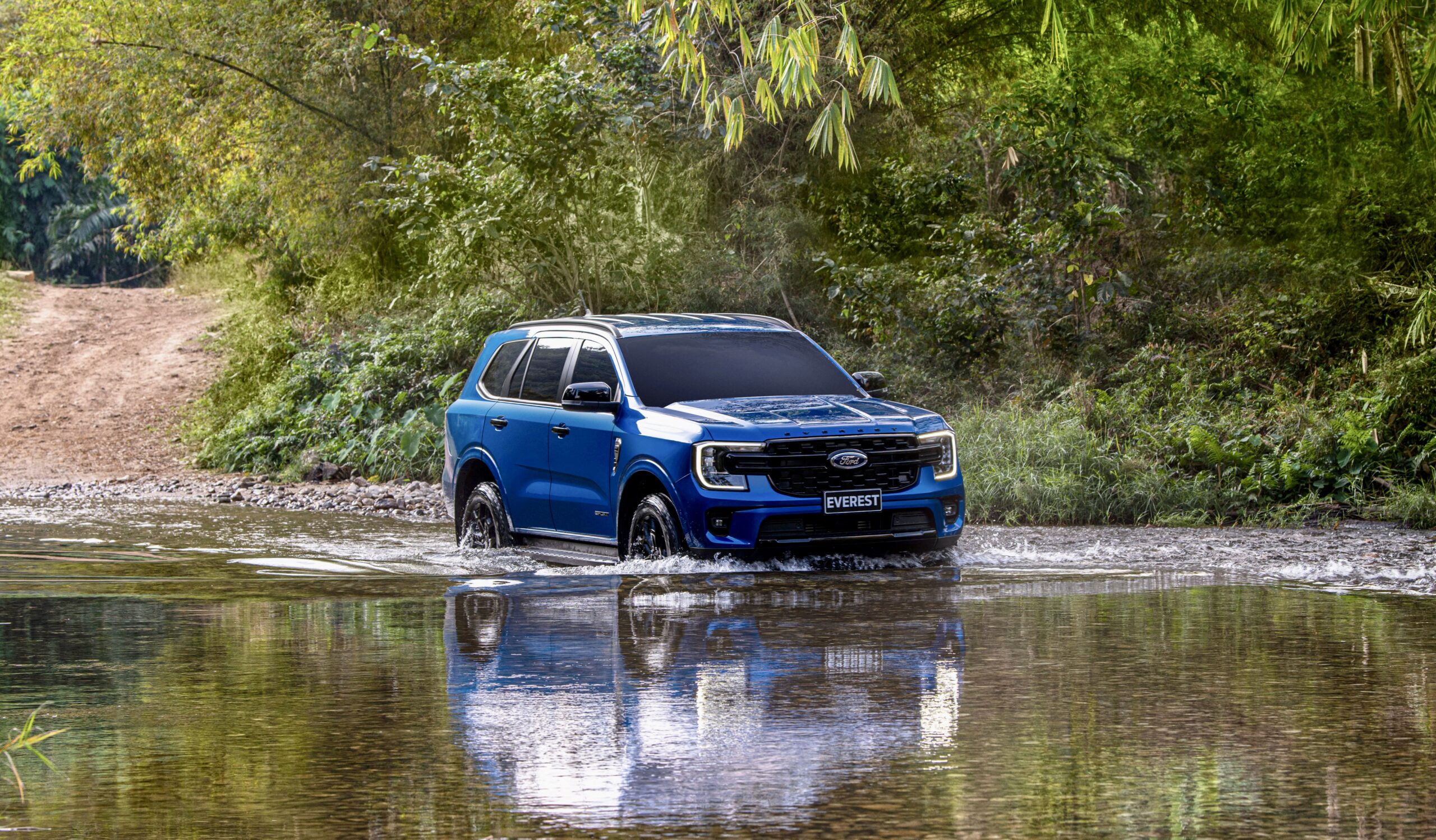 At launch, the Everest was presented in a trio of trim options. These are Sport, Titanium+ and flagship Platinum grade. 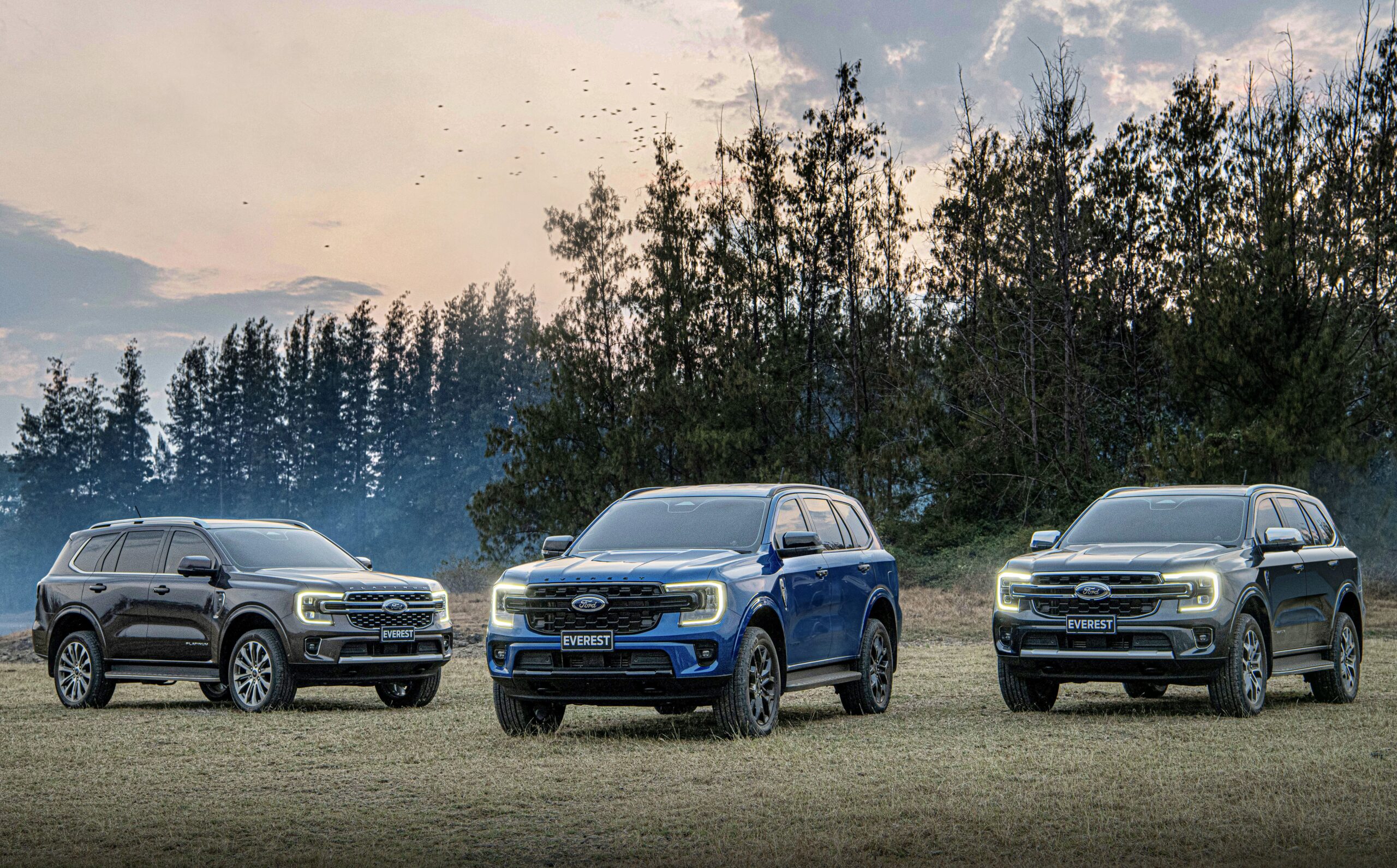