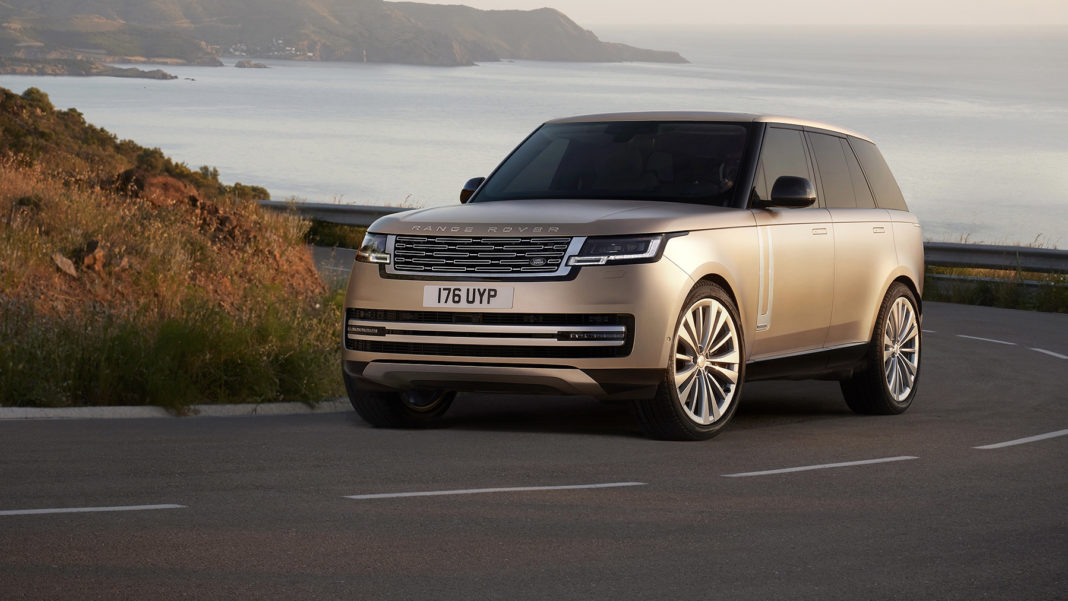 The new Range Rover has finally made its official debut, with the British marque saying its flagship SUV “defines modern luxury” and offers “unmatched” refinement. Watch the reveal video below…

“The New Range Rover is a superb manifestation of our vision to create the world’s most desirable luxury vehicles, for the most discerning of customers. It writes the next chapter in the unique story of pioneering innovation that has been a Range Rover hallmark for more than 50 years,” Thierry Bolloré, Jaguar Land Rover (JLR) chief executive officer, says.

Taking JLR’s modernist design language to the “next level”, the new model’s exterior design is an evolution of its forebear’s, with the fifth-generation version tracing its origins back through the generations. The “sophisticated” surfaces provide a “clean” and “contemporary” appearance. Thanks to its sculpted bodywork, the new Range Rover boasts a drag coefficient of only 0.30 which, JLR says, makes it the “most aerodynamically efficient” luxury SUV in the world.

The grille is flanked by “efficient” and “powerful” high-definition digital LED headlamps, which provide a beam range of “up to” 500 metres. The front lamps, JLR says, is the “most advanced headlights ever fitted to a Land Rover”.

A new rear seat entertainment system, which features a duo of 11.4-inch HD touchscreens, can be found in the rear compartment. This system is operated via an eight-inch tablet.

The P440e and P510e are endowed with JLR’s inline-six petrol engine which, here, incorporates a 105 kW electric motor to produce 323 kW in the former derivative and 375 kW in the the P510e. According to JLR, the latter variant accelerates from zero to 100 km/h in 5.6 seconds.

Powering the diesel model, the D350 engine produces 275 kW and 700 N.m of torque. This, JLR claims, is sufficient for a zero to 100 km/h sprint time of 6.1 seconds. The new 4.4-litre V8 deploys two parallel twin-scroll turbochargers. This arrangement, JLR says, “minimise turbo lag”. The V8 motor is endowed with 390 kW and 750 N.m which, with Dynamic Launch engaged, propels the British behemoth to 100 km/h from standstill in a claimed 4.6 seconds.

“The New Range Rover combines supreme on-road and all-terrain capability with electrified propulsion and new levels of connected capability,” Nick Rogers, JLR executive director of product engineering says. “In the quest for comfort, we have been obsessed with human science and understanding brain activity to minimise cognitive impact and ensure these advanced technologies work in absolute harmony, creating a truly effortless driving experience. It’s an engineer’s duty to make people’s lives better, and that’s exactly what the new Range Rover will do for you.”