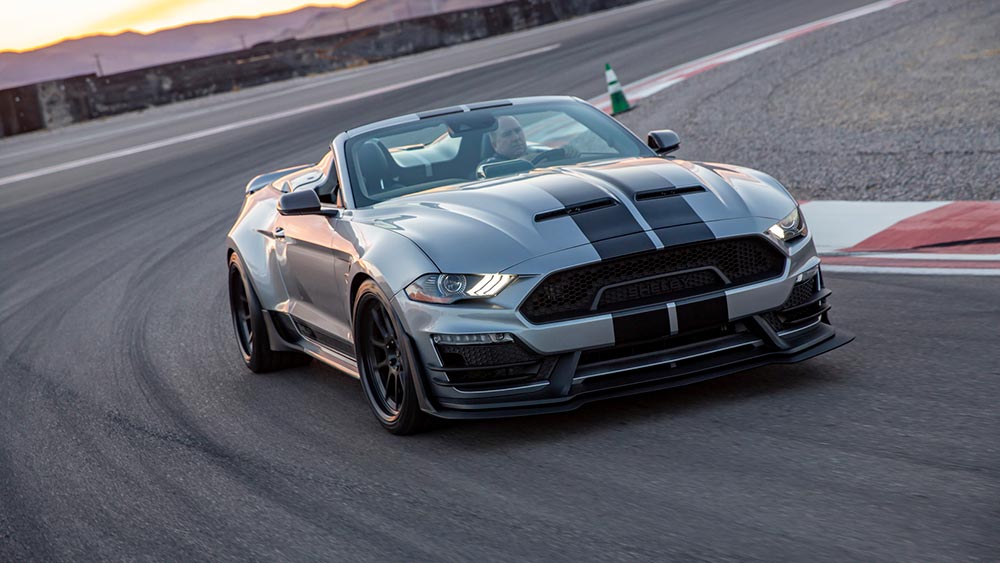 The new Shelby Super Snake and Shelby Speedster has made their debut, with Shelby South Africa confirming specifications, production numbers and pricing for the limited-edition Ford Mustang-based muscle car. In celebration of founder Carroll Shelby’s 98th anniversary, only 98 Super Snakes will be produced. The Speedster edition, meanwhile, will be limited to only 25 units.

The Shelby Super Snake is powered by Ford’s familiar 5,0-litre V8 which, thanks to a “high-polished” Whipple supercharger has upgraded the standard, normally aspirated engine’s power output of 331 kW to 615 kW. According to Shelby, the Super Snake has a zero to 100 km/h acceleration time of 3,5 seconds, which is eight-tenths of a second quicker than the standard Mustang Fastback.

“To ensure Shelby’s reliability as well as consistent performance is never in doubt,” the Super Snake conversion includes a new cooling system, which consists of a new radiator, aluminium tank and heat exchanger. The Super Snake’s Borla exhaust system, Shelby says, provides unrestricted performance, which is accompanied by an amplified engine note.

Adhering to Shelby’s motto of “power is nothing without control,” Shelby’s Track Handling package is characterised by new high-performance tyres, which is fitted to 20-inch one-piece forged aluminium wheels. Shelby has also added an improved cooling system for the brakes.

Adding presence to the package, Shelby has fitted the base car with aluminium widebody wheelarches up front. Said Peter Lindenberg, owner of Shelby South Africa, “the wider body allows for the use of bigger 305-inch tyres all ’round”. For the Super Snake, Shelby has also made advances on the aero package, equipping the donor vehicle with a more aggressive front bumper and splitter, a rear spoiler and new diffuser.