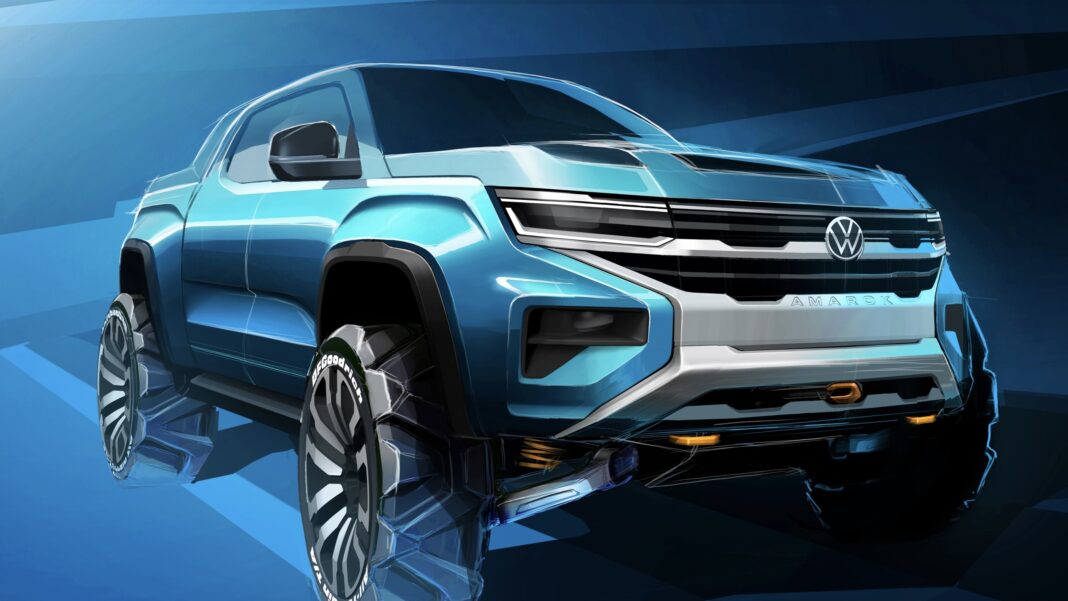 Volkswagen has released new teaser sketches of the new-generation Amarok, with the Wolfsburg-based brand saying the “near-production” images give a glimpse of the upcoming bakkie’s “dynamic, self-assured” exterior design for the first time. In addition, the firm has confirmed that the box-fresh bakkie will again boast a V6 diesel motor. 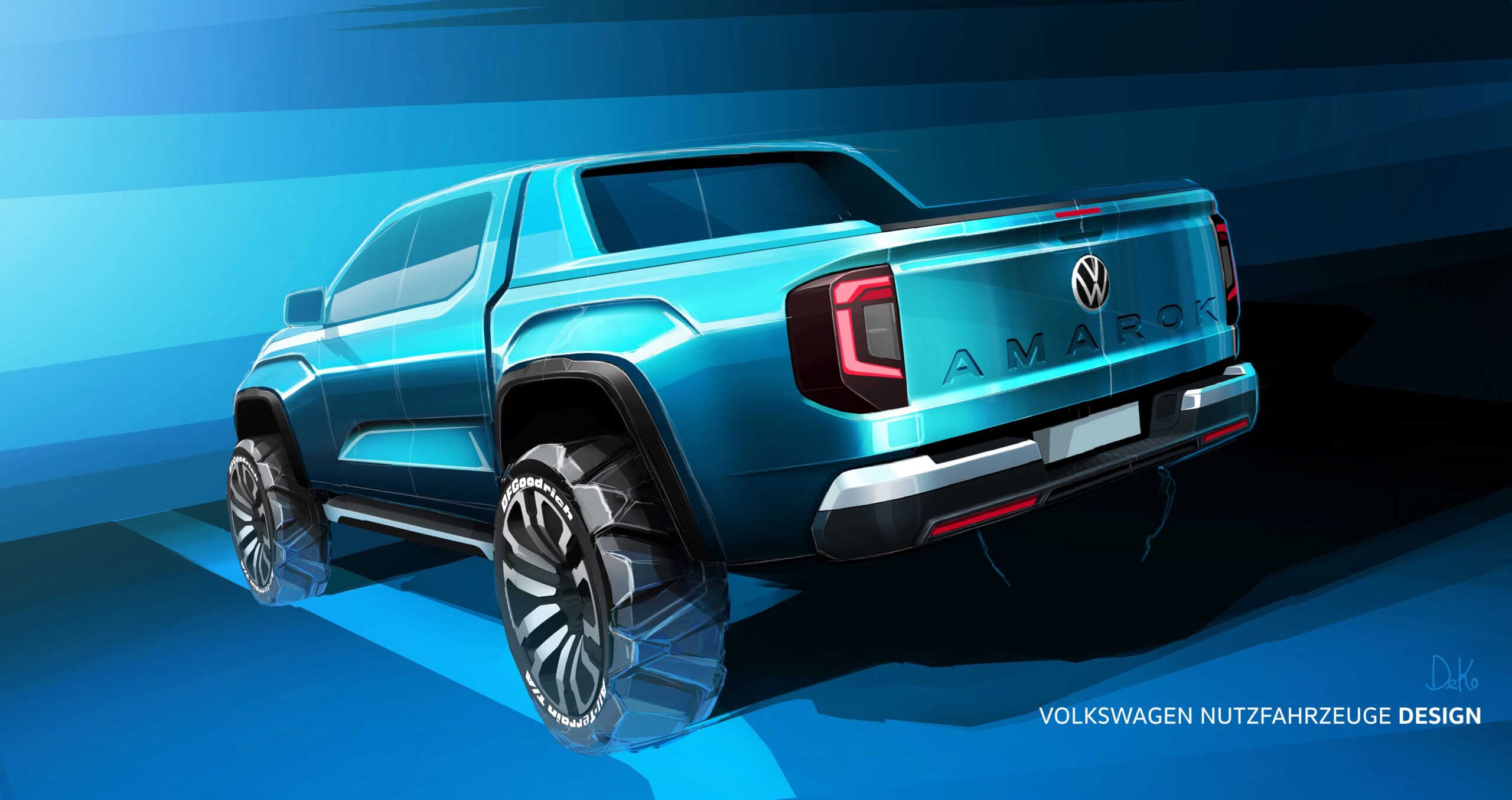 “We emphasise the different, expressive front designs of our pick-up with a charismatic Amarok signature that is also found with very large letters on the cargo box at the rear and is sported very proudly by the Amarok,” says Albert-Johann Kirzinger, head of design at Volkswagen Commercial Vehicles. “The styling bar as a visual extension of the double cab in the cargo box once again gives the Amarok’s body dynamic, aerodynamic and very strong proportions.”

In terms of size, the new Amarok has been stretched by 100 mm to now measure 5 350 mm bow to stern. The new Amarok will, however, not only be longer than its forebear but will also be wider than the current version. According to VW, this allows for increased legroom for passengers seated in the second row. Thanks to its increased ground clearance, off-road driving manners have also been improved. 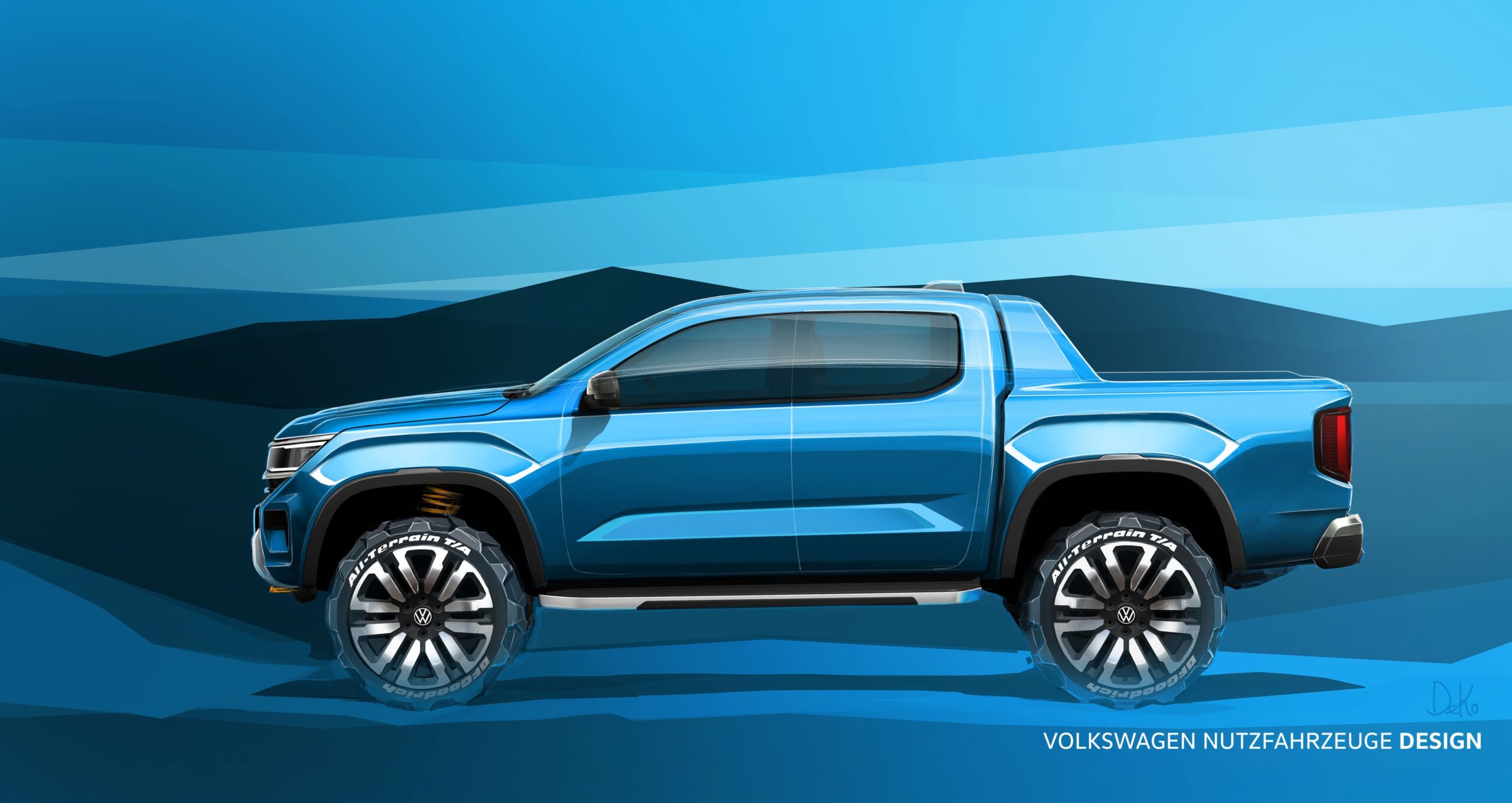 Scheduled to make its global premiere within this year, VW says the new Amarok will be equipped with a host of new features, which include numerous driver-assistance systems.