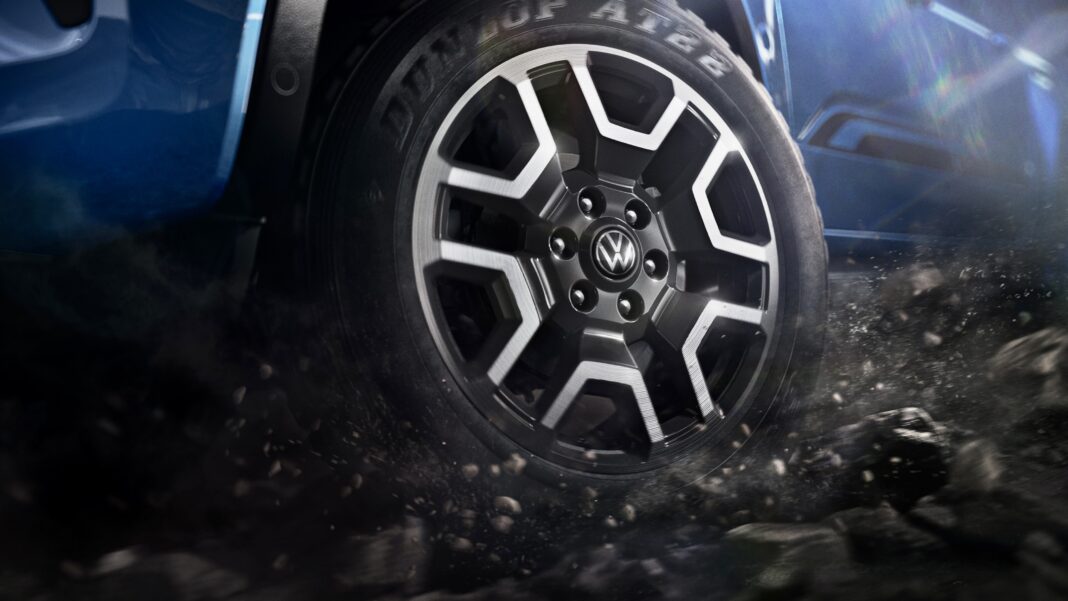 Continuing its expansive teaser campaign for the next-generation Amarok, Volkswagen Commercial Vehicles has again released fresh teaser footage of the new iteration. In the latest video and images, the Wolfsburg-based brand shows off the Amarok’s “elegantly sporty side” through its “clear” lines and “completely redesigned” bodywork and oval wheel arches. Watch the footage below… 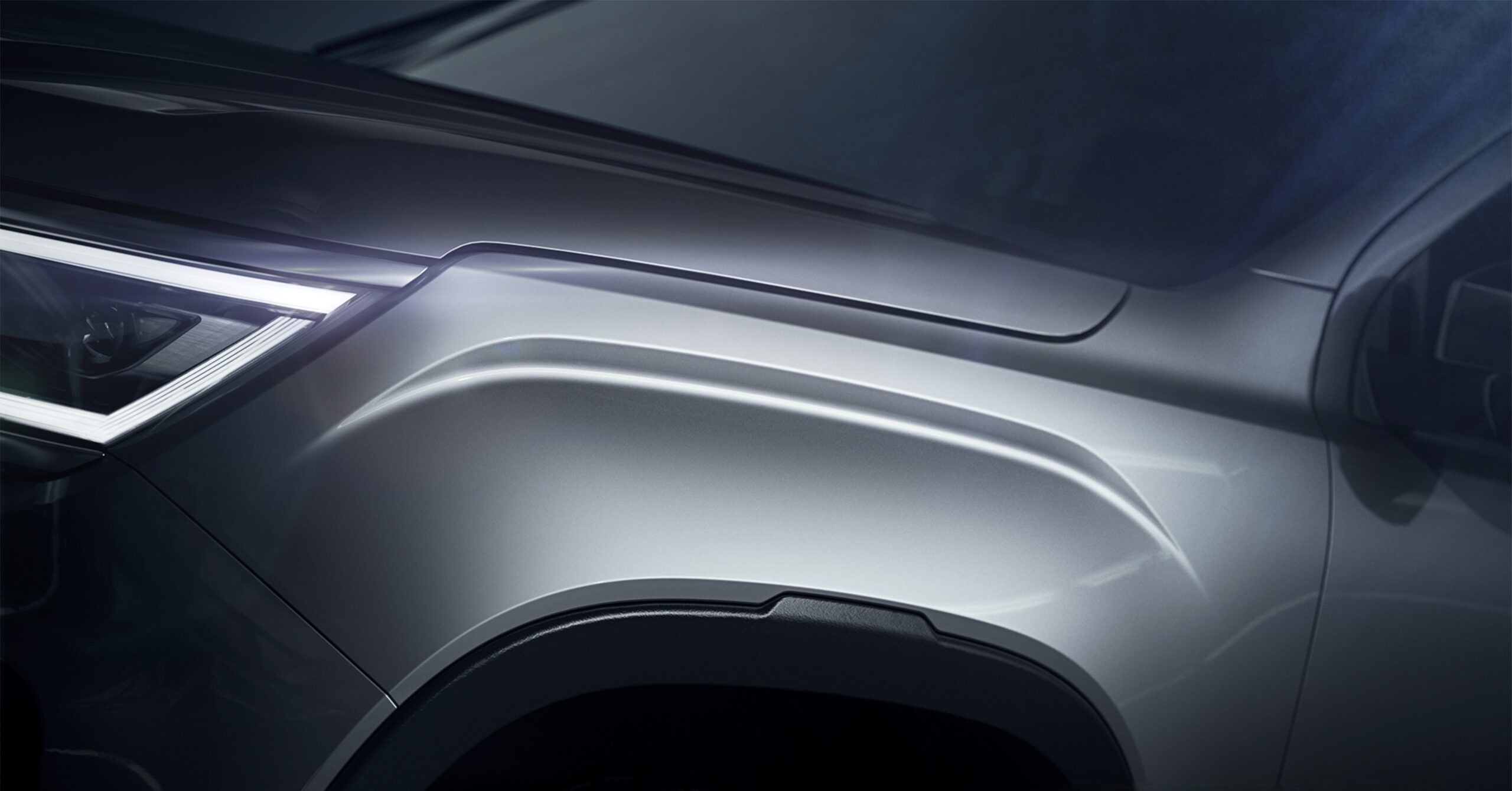 In addition, Volkswagen has further revealed that the new generation of its premium double-cab bakkie will be available with a “wholly” new range of wheels. A first for the Amarok, VW has confirmed that the next Amarok will be sold “ex-factory” with all-terrain tyres (depending on the model, that is).

In addition to the new information, what do you know so far? Well, although the local arm of the German manufacturer has yet to reveal which engine options and specification levels South Africa will be getting, VW has announced that the Amarok will again be available with a V6 powertrain. Four-cylinder units will also be on offer. 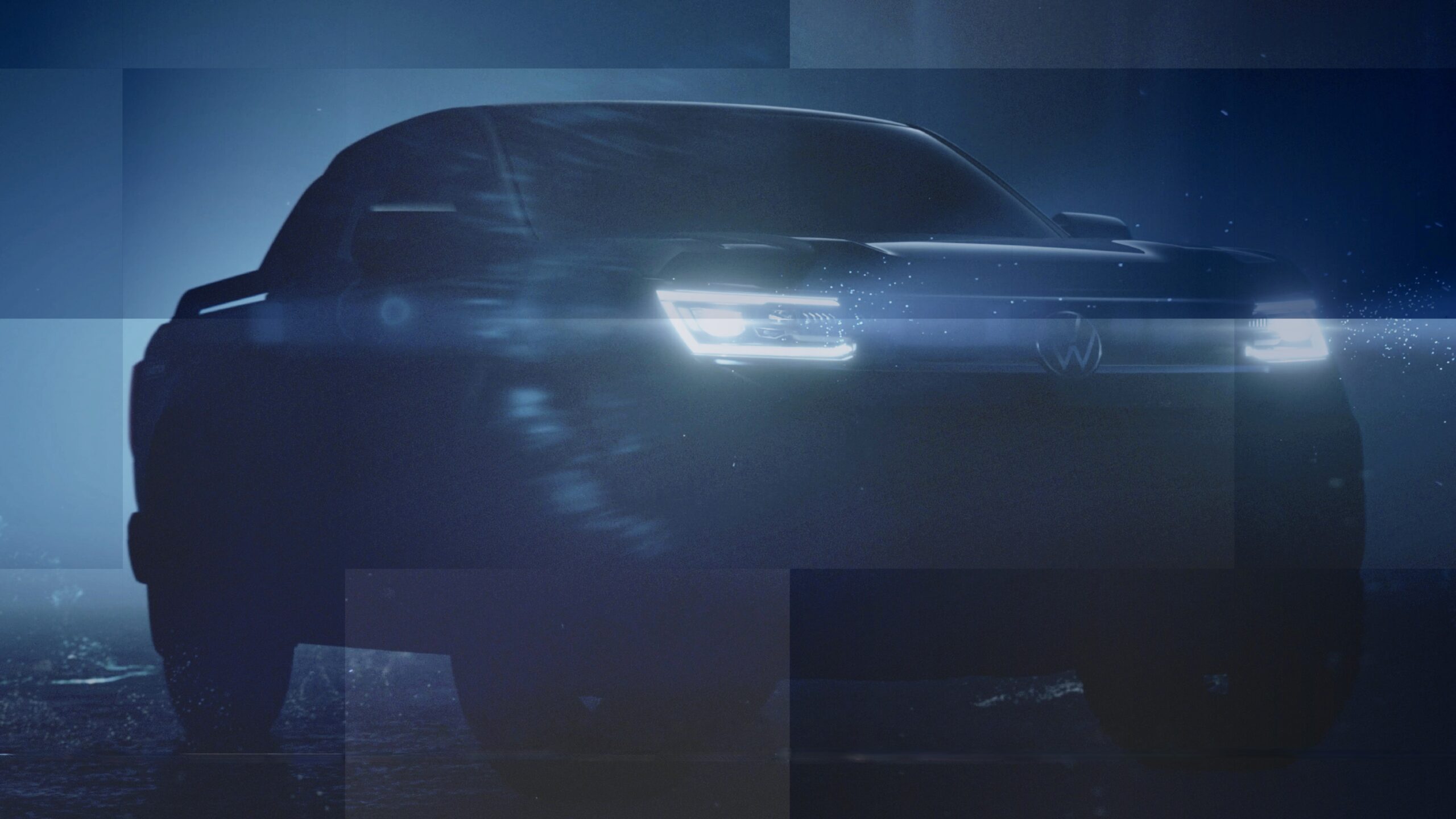 In terms of size, the upcoming Amarok measures “at least” 100 mm longer and 175 mm wider than its forebear. The claimed measurements are 5 350 mm for the former and 3 270 mm for the latter. VW also says the soon-to-be-unveiled model has a payload of “up to” 1.2 tonnes and a “greater” wading depth.

Specification-wise, the Amarok will be offered with the choice of five trim levels, though local specification has yet to be announced. These include entry-level ‘Amarok’, ‘Life’, and ‘Style’. The two range-toppers are named ‘PanAmericana’ and ‘Aventura’, respectively.