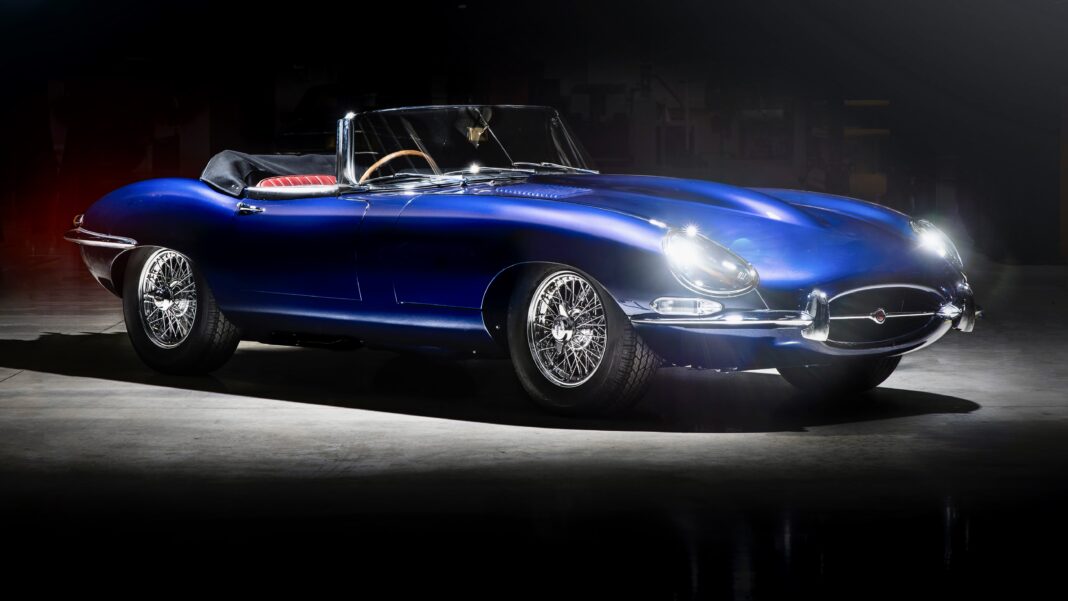 Jaguar Classic has showcased a one-of-a-kind Jaguar E-type Roadster at the Queen’s Platinum Jubilee Pageant. The British marque says the bespoke 1965 Series 1 example shows the full capabilities of the firm and its ability to “comprehensively” update E-types. 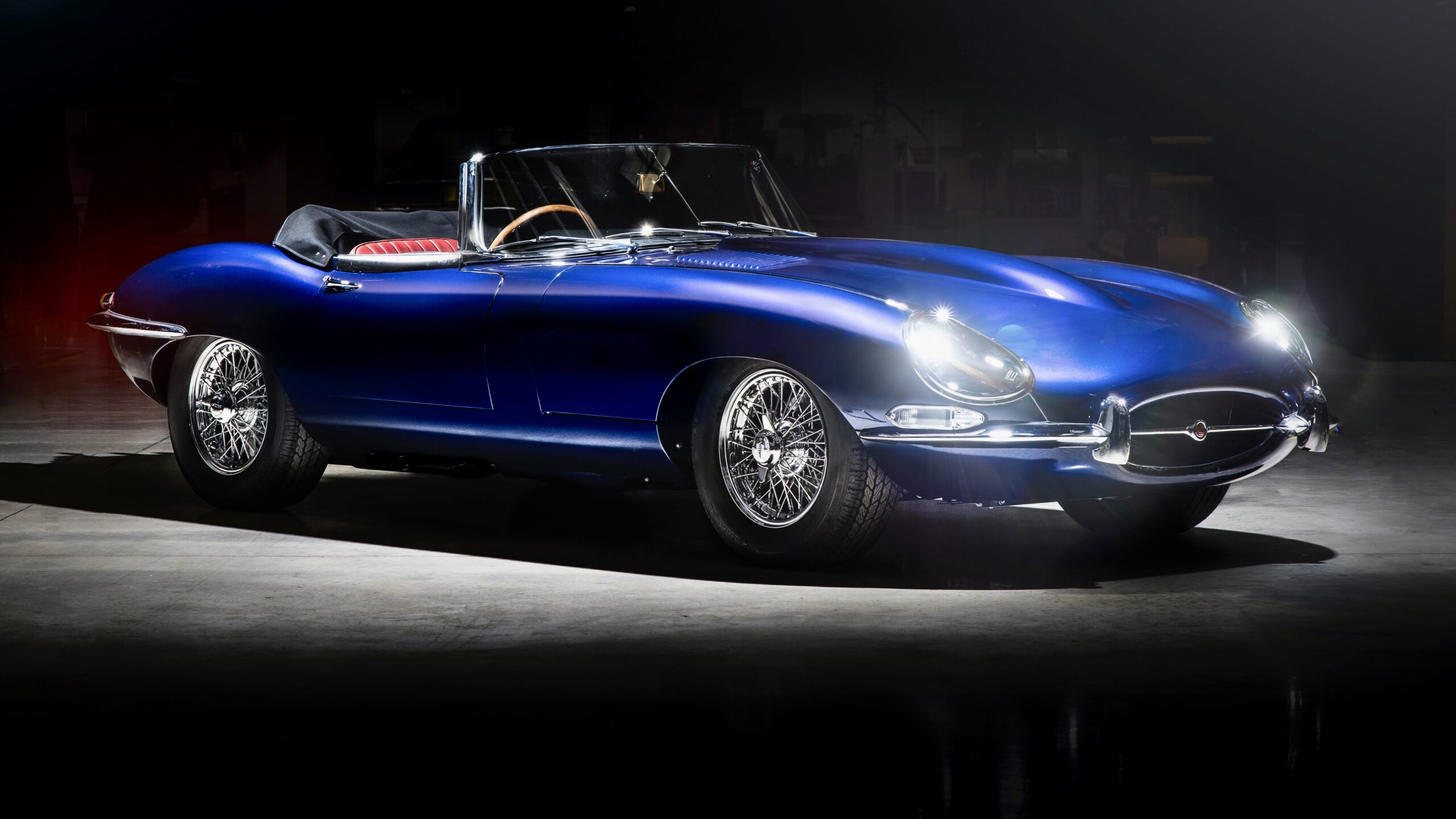 The one-off model features Union Jack-inspired paintwork and a unique interior. The immaculately restored classic is equipped with a 4.7-litre inline-six engine (as opposed to the original 4.2-litre unit) coupled with a “specially developed” five-speed transmission. Jaguar’s Classic department says the petrol motor has been optimised for road driving, while the gearbox provides a smoother, quieter and more refined driving experience.

The suspension set-up and brakes have also been upgraded. A sports exhaust system has also been fitted to the bespoke E-type to “suit its dynamic character”. The restored model also features “powerful” LED lamps. 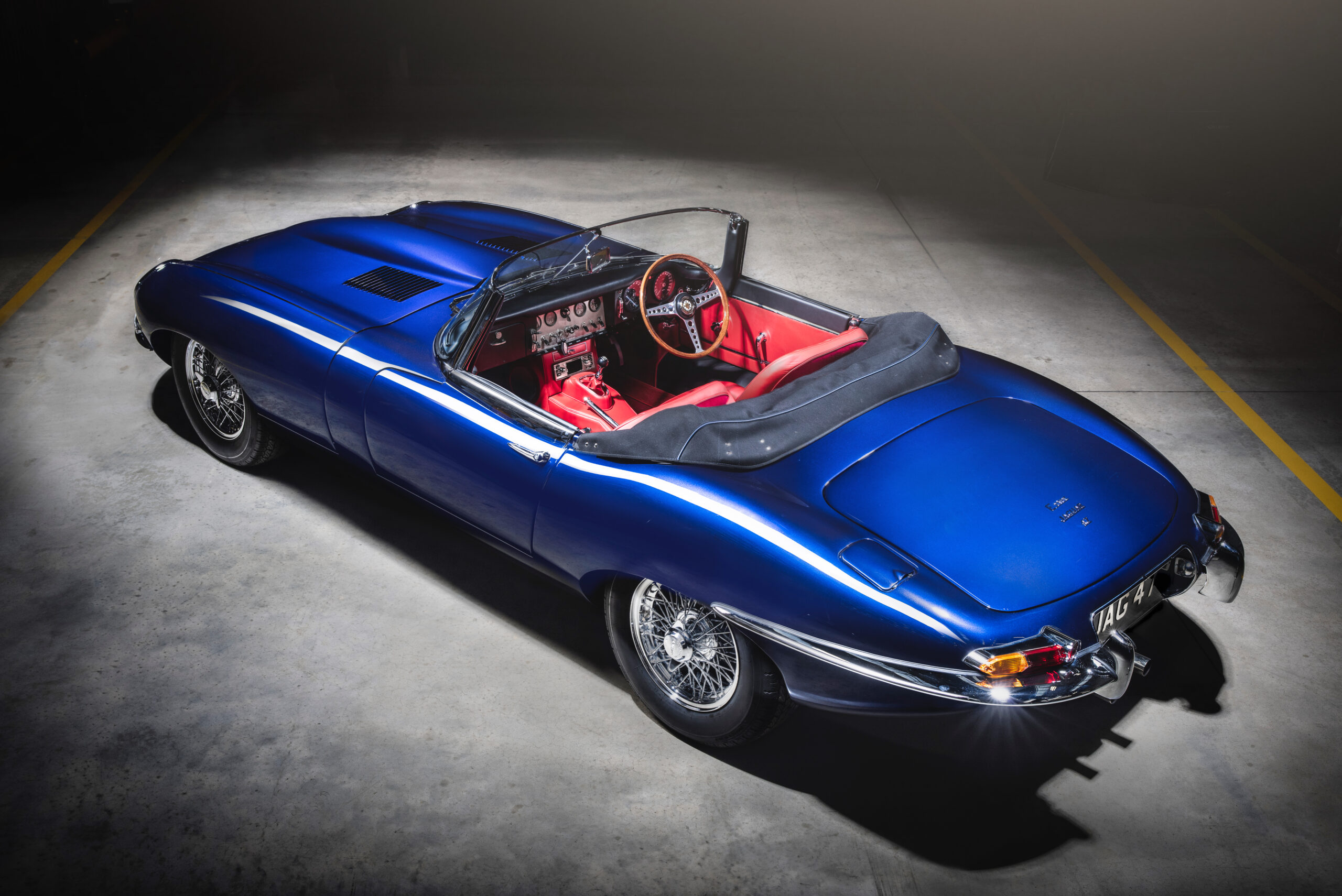 The cabin has been upgraded to feature modern technologies such as touchscreen controls, Bluetooth and satellite navigation. The interior also features a unique dash plaque.

“I’m blown away by the results”

The owner of the special commission said, “I wanted a classic E-type that could be relied upon for daily driving and be comfortable on Grand Tours while remaining authentic to the original. I’m blown away by the results.” 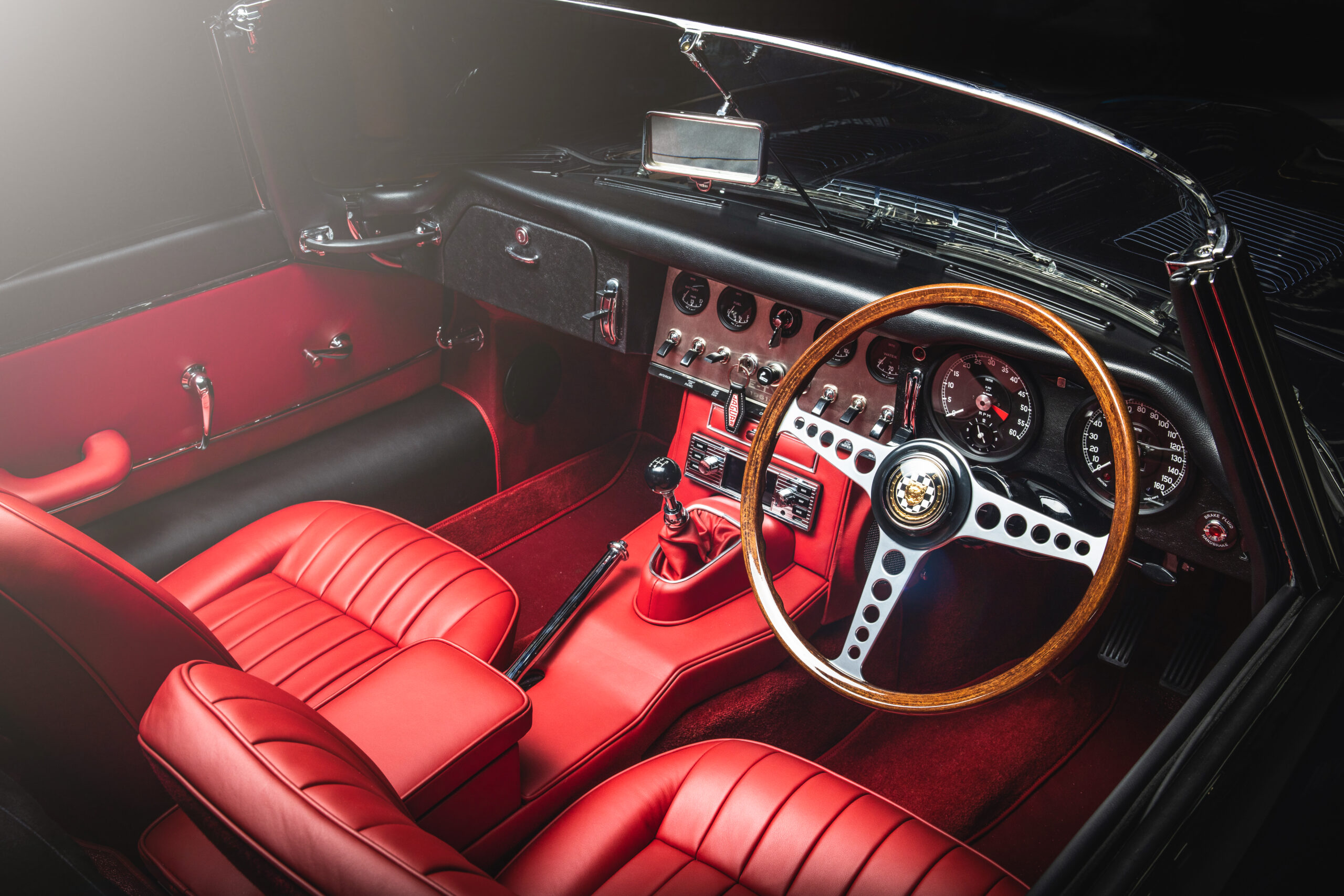 “Being able to bring a customer’s vision for their dream E-type to life is hugely rewarding. The result is a complete one-off that showcases the full breadth of capabilities provided by the team at Jaguar Classic,” said Stephen Hollis, Bespoke lead engineer at Jaguar Classic.

“With a colour scheme inspired by the Union Jack, I can’t think of a better place for it to make its first appearance than the Queen’s Platinum Jubilee Pageant. I am so excited to see it parade down The Mall,” Hollis added. 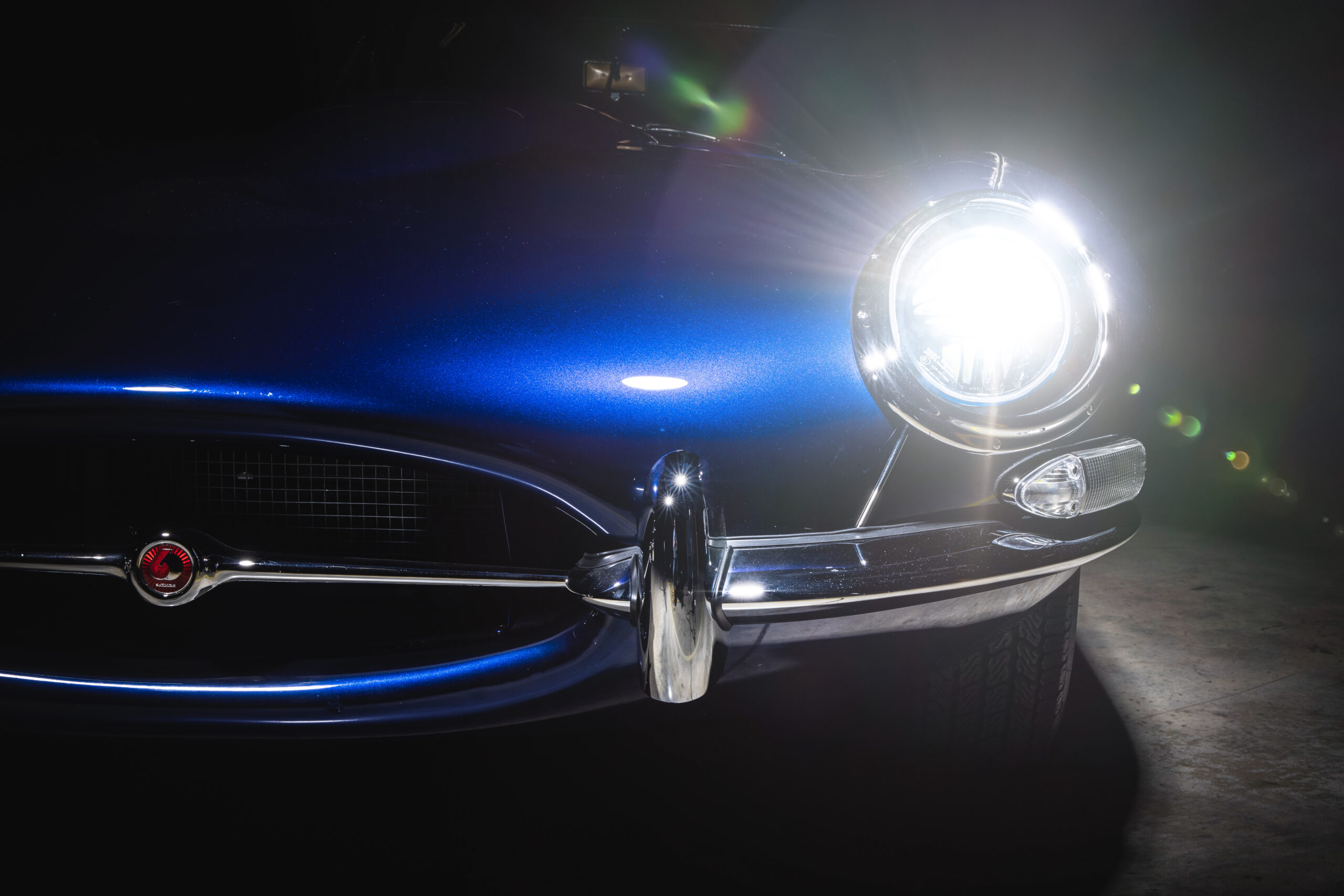