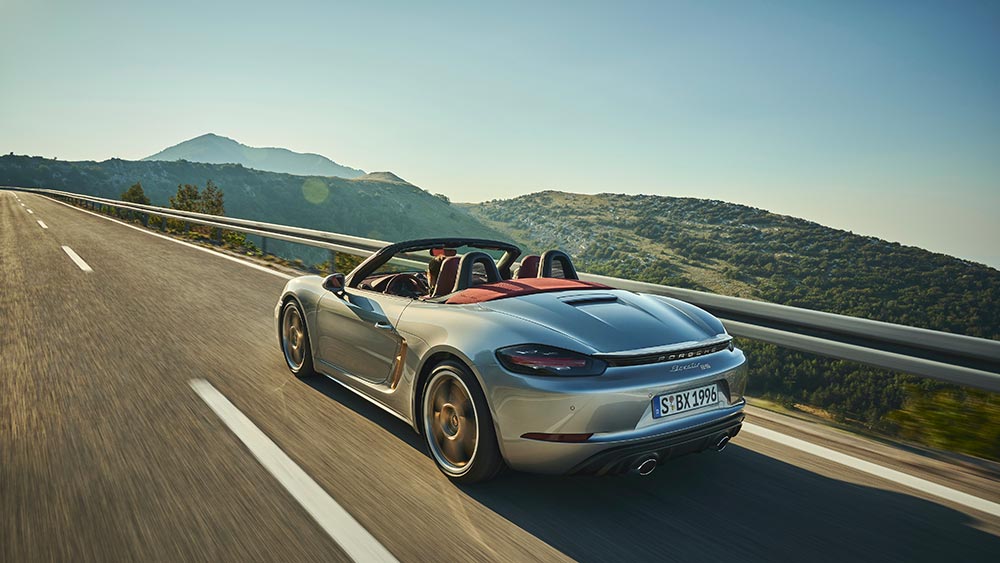 On its 25th anniversary, we revisit the car that pulled Porsche back from the brink of bankruptcy – the original 986 Boxster.

As Porsche celebrates the 25th anniversary of the Boxster this year, it is hard to believe the company was in crisis a mere three decades ago. Following the fortunes of the 1980s – during which time the global auto industry triumphed – a recession in 1990 crippled sales and saw costs soar. Porsche’s annual sales collapsed from 50 000 units to 14 000 in 1993, with a mere 3 000 cars being sold in its biggest market at the time, the US.

Adding to its woes was the fact that the current 911 was nearing the end of its lifecycle and so too the slightly more a­ffordable front-engined and water-cooled 924/944, thus requiring significant near-term reinvestment at the worst possible time. Wall Street had hit a wall, and so did Porsche. 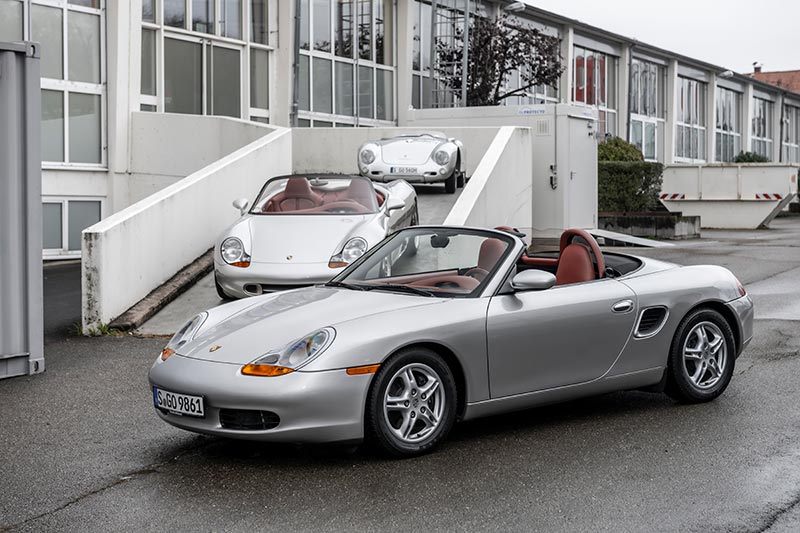 Rumours circulated that offers for the company were being considered from elsewhere in Germany; most likely BMW and Mercedes-Benz. Toyota did make an o­ffer (reportedly $2.1 billion), but this was rejected by the board. Instead, Porsche swung for the fences.

As I find myself peering over the steering wheel to the seemingly endless ribbon of tar stretched out ahead of the stubby bonnet of a first-generation Boxster, I thank the car gods for that.

I’ve always considered the Boxster a curious car. Not because of what it is. There is certainly nothing curious about its nuts and bolts, or its driving performance – although the so-called “fried egg” lights did garner ample criticism in the late 1990s. It is a roadster in the tradition of so many low-slung, open-tops that have come before it; a genre which was, until very recently, a mainstay for many brands.

Open the door and you are met by what looks like a typical Porsche cabin. Three dials sit behind a sparse three-spoke wheel, with a stubby five-speed shifter within short reach of the wafer-thin driver seat. It is comfortable and cosseting, and typically ‘90s. 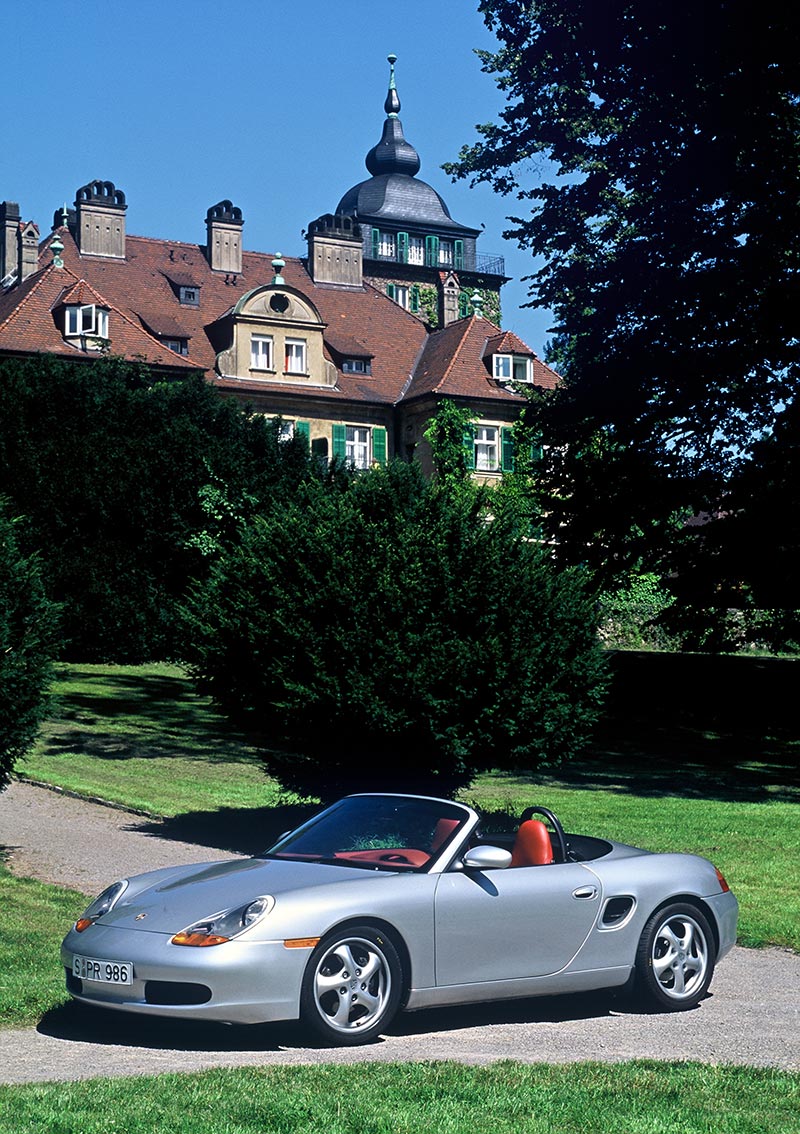 The engine fires up with a bark and quickly settles to a muted boiling-kettle burble. The earliest variant came with a 150 kW 2,5-litre flat-six which it shared with the “996” 911 (although, as a 3,4-litre in the Stuttgart flagship to ensure that the mid-engined 986 does not overshadow its rear-engined older brother). It is this unit humming under my backside.

The clutch is easy and the shifts are weighty and secure. The throttle response is soft – perhaps this can be expected of an older vehicle – yet it remains an easy car to drive. Out in the clear, you can drop a few gears and let it rip. Power delivery is smooth and the engine comes to life closer to the 6 700 r/min redline. It is not a revvy motor – as, for example, a Honda S2000’s 2.0-litre would be – but it does respond well to some coaxing. It was only in 2000, with the introduction of a 162 kW 2,7-litre, that torque was boosted and the Boxster gained some much needed low-down grunt. It was also in this year that the S-variant was introduced as a 3,2-litre pushing out 185 kW.

So, the original is no pocket rocket, but at about 1 300 kg, with a mid-mounted engine and near-perfect weight distribution, the Boxster remains a compelling car to drive. It is not ferocious. Or exhilarating, for that matter. It is precise. Accurate. Balanced.

And herein lies my befuddlement: I am confused by just how good it is. The Boxster was Porsche’s first new model in 18 years and only the sixth in its long history. Yet, many purists – especially at the time – were critical of the 986. Having been co-developed with the 911, many called it a “poor person’s Porsche” and felt that the introduction of a baby 911 would somehow cheapen the flagship’s status. A pretender to the crown of sorts. But I believe this to be an unfair moniker.

In 1997, the Boxster was the truest test of the capability of Porsche to turn itself around. It faced immense competition from seminal offerings from BMW, Mercedes-Benz, Audi and – indirectly – Mazda with the MX-5. It suffers from few signs of a car that was developed under what was clearly immense financial and customer pressures. It remained Porsche’s bestselling range until the introduction of the Cayenne in 2003. Perhaps this success proves those purists wrong. 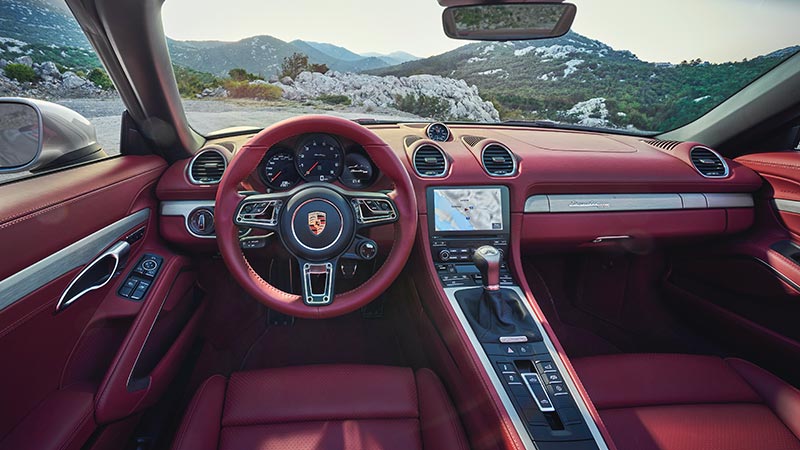 Had the Porsche execs known how good and successful the Boxster would be, their decisions in the early ‘90s would have been far easier. But at the time, the company was bleeding and it needed a saviour.

Given the success of the MX-5, the company knew that it needed to offer an affordable roadster to attract a younger customer base and to take on the soon-to-be-launched Audi TT, Mercedes-Benz SLK and BMW Z3. The Boxster concept was first shown in 1993 at the Detroit Auto Show and was critically acclaimed. The Boxster was reminiscent of the historic 550 Spyder and RSK and, being mid-mounted, was spiritually much closer to the racing Porsches of the past than the 911 was. This solved the “what to do?” question.

But, Porsche still needed to sort out its finances. The company promoted a relatively unknown production head and seasoned engineer, Wendelin Wiedeking, to the position of CEO. Wiedeking had the unenviable task of having to cut costs while maintaining quality.

First, he set about streamlining Porsche’s production processes by adopting Japanese lean production to cut down on inventory, production time and errors. Using Japanese consultants – mostly Toyota alum – caused turmoil at first but did allow Porsche to become one of the most profitable automakers, keeping production in Germany and – significantly – remain independent. 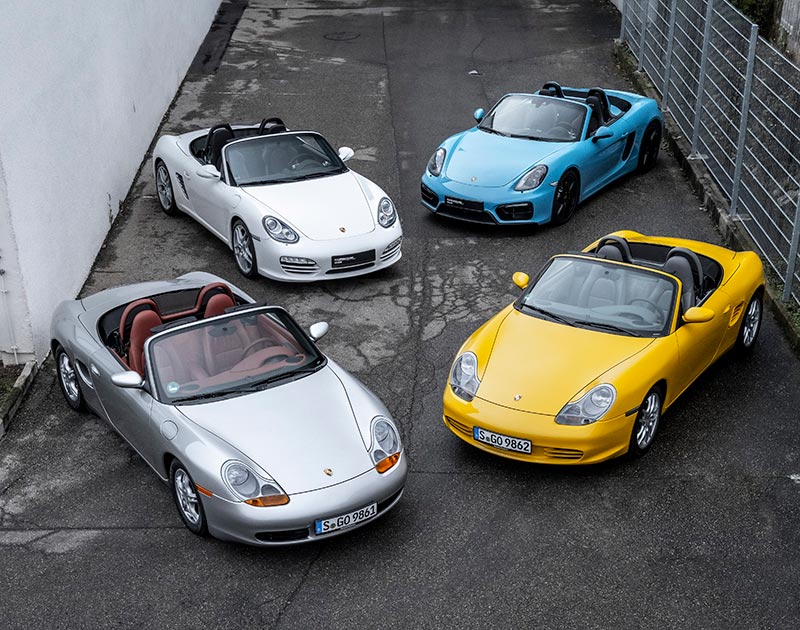 Second, the decision was made to co-develop the Boxster with the 996 911. As mentioned, this caused quite a stir among traditionalists and explains why the 986 and 996 look so similar. There were key differences, most notably power outputs, but this cost-saving measure allowed the 986 to gain much-needed legitimacy.

To mark the occasion, Porsche has launched a special anniversary model: the Boxster 25 Years. Based on the 718 Boxster GTS 4.0 model, and powered by a 294 kW/420 Nm naturally aspirated 4.0-liter six-cylinder boxer engine, the special production model is limited to 1 250 units worldwide. It incorporates numerous design features of the original Boxster concept car first shown at the 1993 Detroit Auto Show and costs R1 660 000.