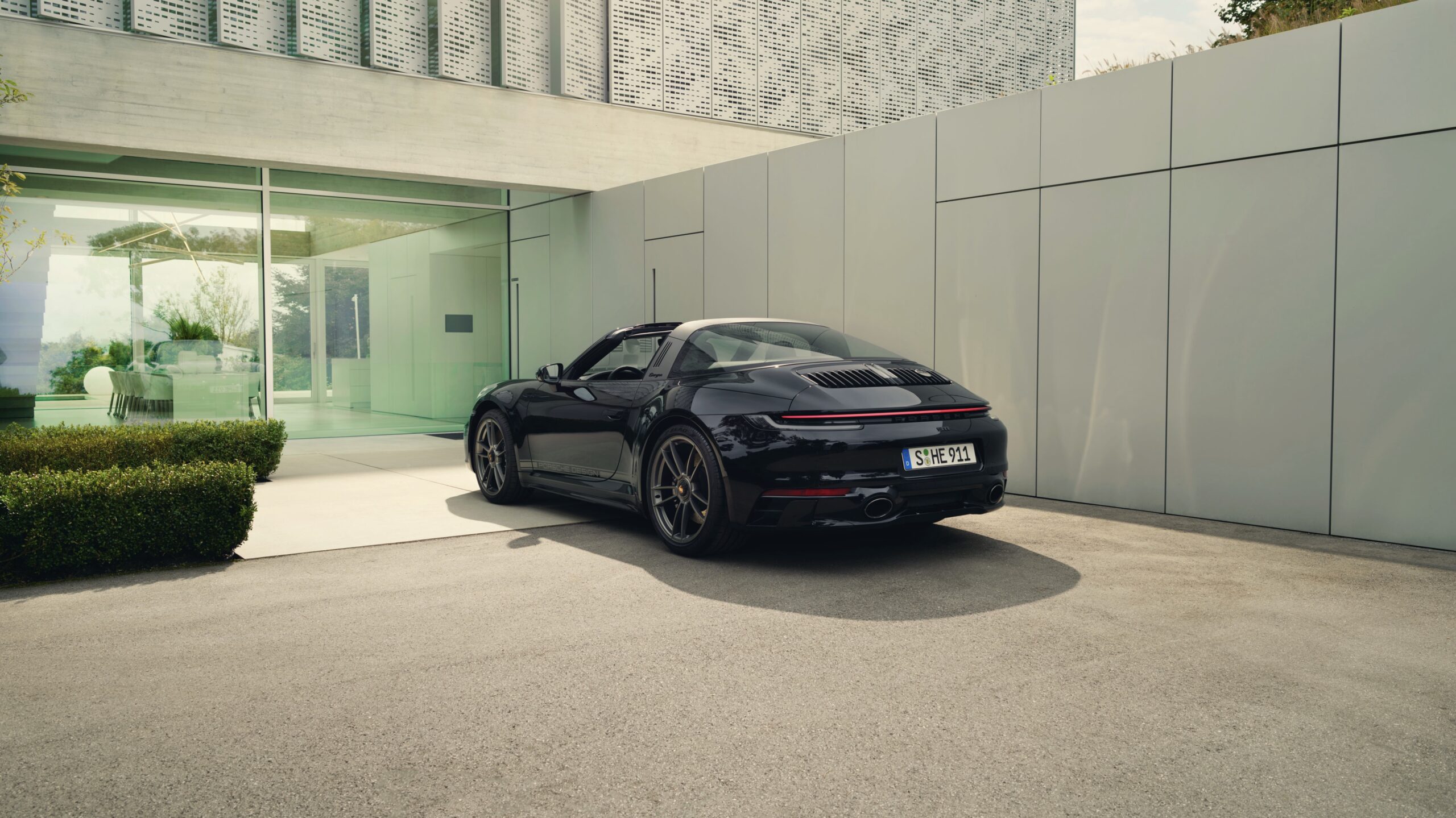 So, what sets this special-edition 911 Targa apart from its siblings? Well, first of all, it features an array of platinum accents, contrasting with its black or optionally available Jet Black body hue. This, Porsche says, is a clear reference to Porsche Design.

“Black was the colour of the very first Porsche Design product, the Chronograph I. That’s why we’ve chosen it for our limited-edition model. Using platinum as an accent colour elevates the black paintwork in the same way chrome details used to,” said Roland Heiler, managing director and chief Designer at Design Studio F.A. Porsche in Zell am See. 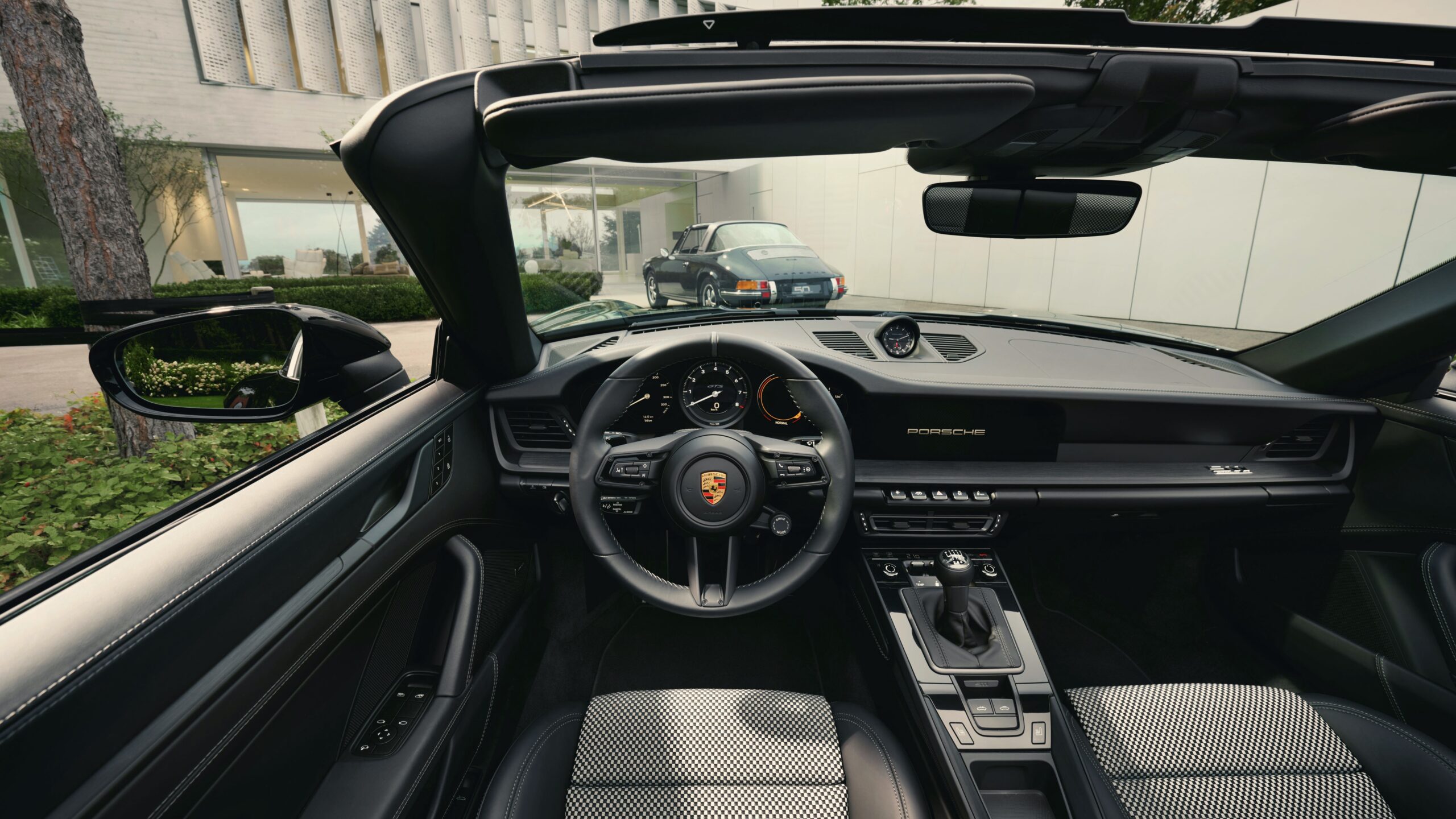 In addition, this variant rides on the same wheels as the 911 Turbo S – 20-inch items fore and 21-inch items aft. The alloys are also painted in platinum, which has received a satin finish. The brake callipers are painted in high-gloss black. As this is a special edition, an exclusive ‘Porsche Design 50th Anniversary Edition’ badge can be found on the slats of the rear lid grille.

Inside, the 911 Porsche Design 50th Anniversary Edition also takes inspiration from the iconic product designs of F.A. Porsche. The cabin features Sport-Tex equipment with special black leather trim. The latter hue is highlighted by Slate Grey seams. As standard, this models ships with Porsche’s Sports Chrono package. The small second hand is red (another design cue shared with the Chronograph I from 1972). 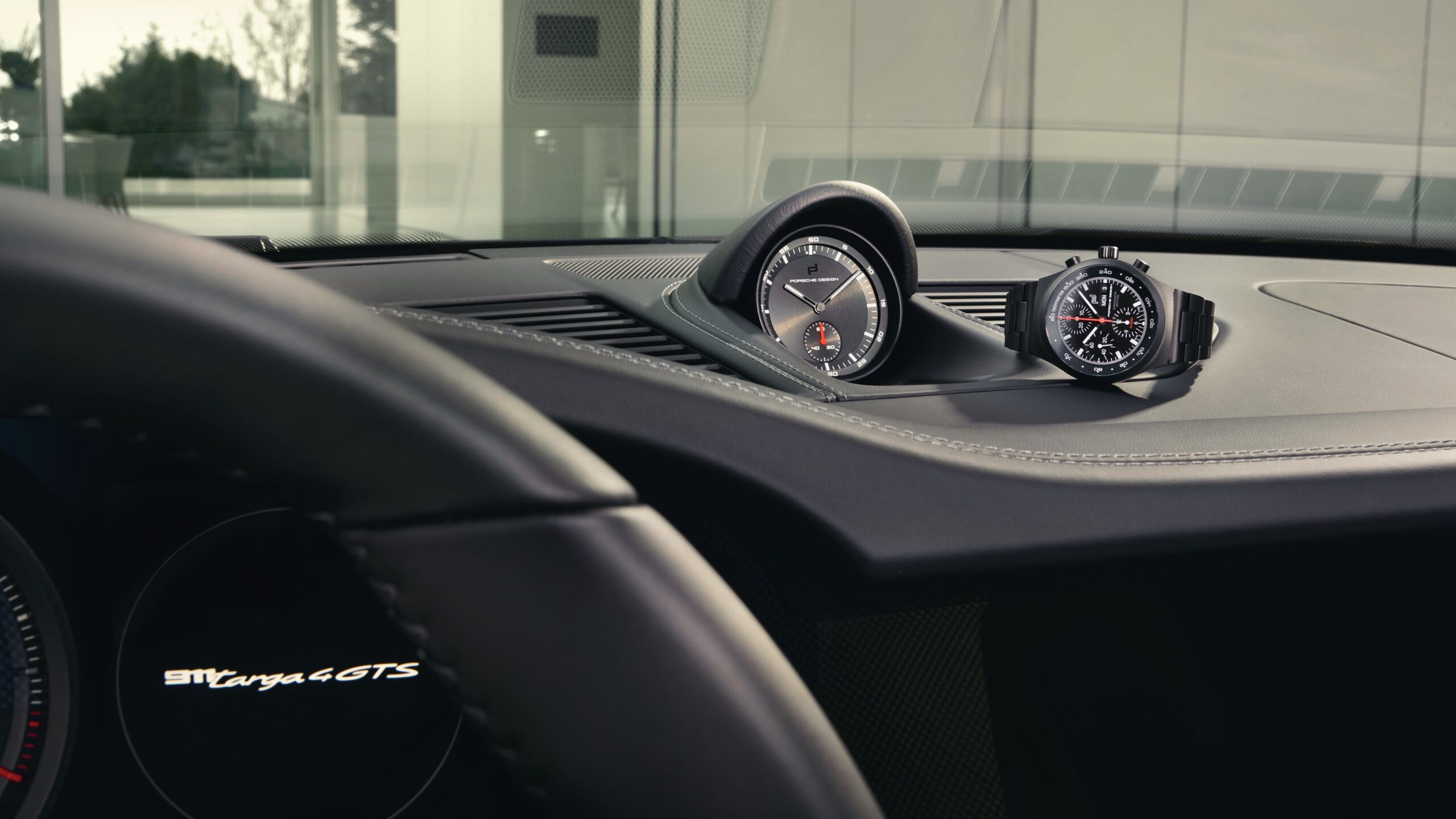 As part of the anniversary, Porsche Design has also relaunched the Chronograph I. Exclusively available to buyers of the limited-edition 911 Targa 4 GTS, the timepiece remains true to the original, from the from the bilingual date display to the original red second hand. 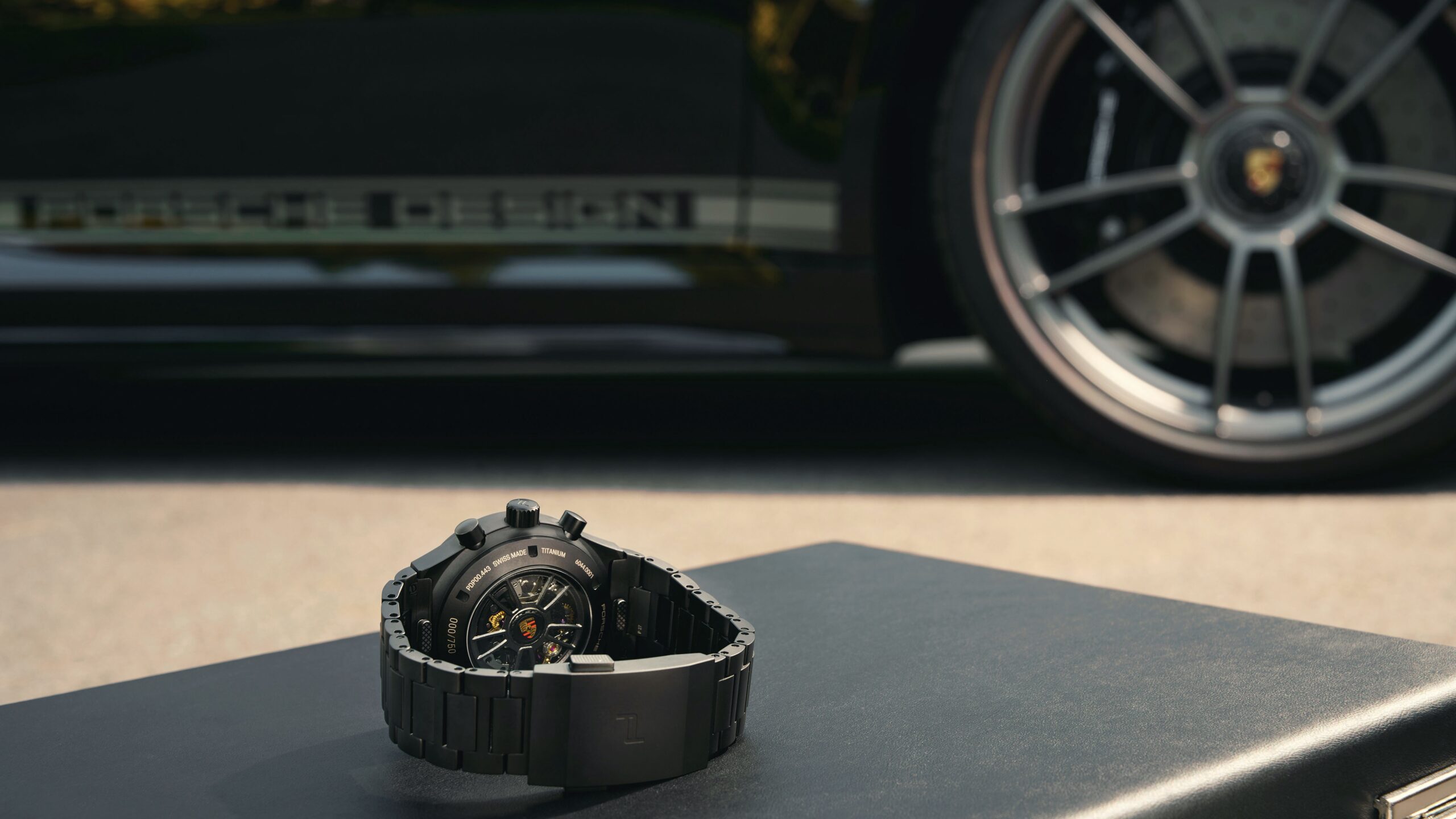