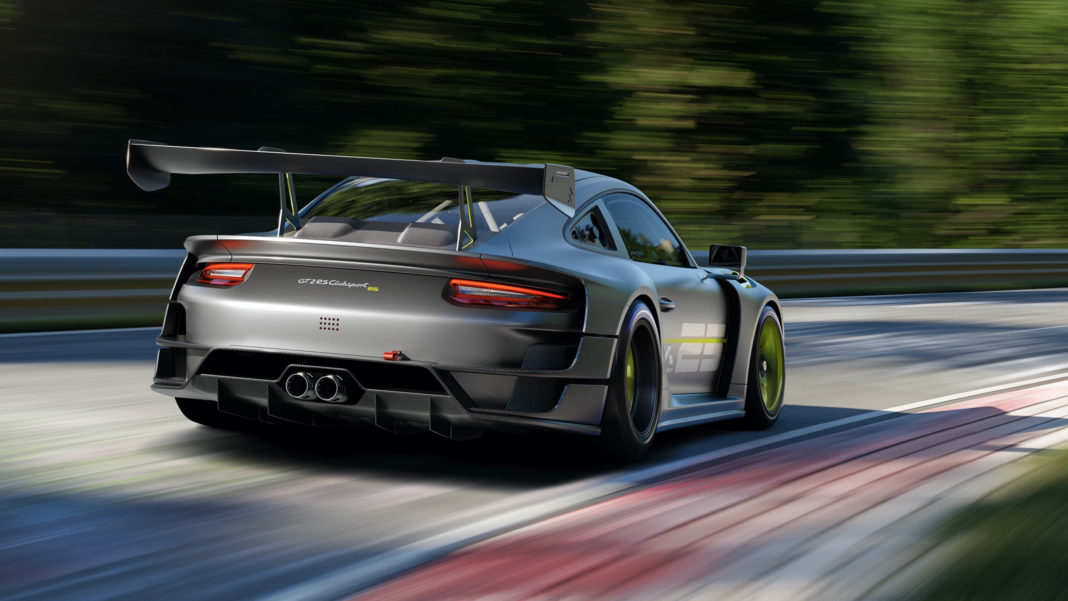 Said Matthias Scholz, director of GT racing cars, “Porsche Motorsport and Manthey have won many races and championships since the team was founded 25 years ago – for example seven times the 24 hours at the Nürburging.” “Since 2013 the two companies have been closely affiliated. With the unique special edition 911 GT2 RS Clubsport 25, this successful partnership has moved to the next level,” Scholz added.

The track-focused design, Porsche says, “adopts many vehicle components and elements from familiar and future Porsche racing cars,” bridging a gap between two of the 911 model generations, the 991 and 992 generations.

“The 911 GT2 RS Clubsport 25 benefits from the motor racing experience that Manthey and Porsche Motorsport have gained around the world. It is the perfect circuit racing car for ambitious private drivers, and it’s an impressive example of engineering skill,” the German manufacturer says.

The special-edition GT2 RS’s centrally positioned radiator ensures better protection against collision damage while allowing for steady airflow and cooling for the engine. Aerodynamic enhancements include, among others, a revised carbon-fibre bonnet and closed underbody. The GT2 RS’s suspension setup features components from the modern 935, including 18-inch central-locking wheels.