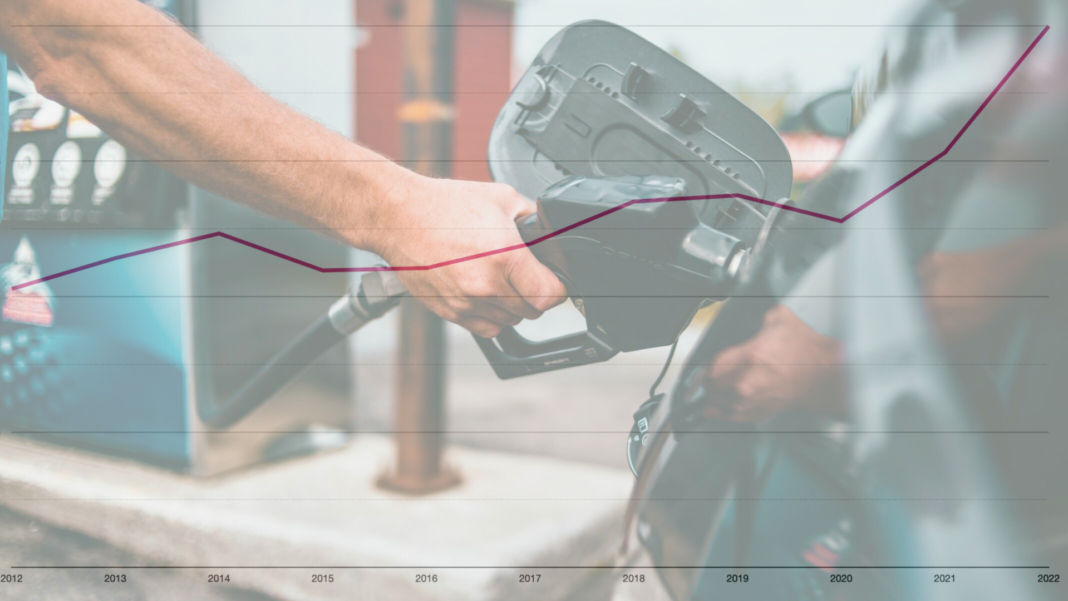 With the recent petrol-price decrease, South Africans breathed a sigh of relief. However, although the cost for 95 unleaded petrol is now R24.77 per litre (at the coast), it was R10.69 a decade ago in August 2012. (Of course, several factors contribute to the increases and decreases in fuel prices. And things do tend to get more expensive.) Especially over the past two years, the cost of 95 unleaded increased significantly, reaching a price of a whopping R26.06 per litre in July 2022. We look at how the cost of 95 unleaded has increased over the past decade…

A decade ago, the price for 95 unleaded averaged R11.31 per litre, with the lowest and highest price for petrol coming in at R10.31 per litre and R11.93 per litre in January and March, respectively.

This year, the average price for a litre of 95 unleaded increased by 10 cents compared to 2015’s average. In 2016, the lowest cost for petrol paid by South Africans living by the coast was R11.31 per litre. The highest price was R12.86.

This year, the cost for one litre of 95 unleaded passed not only the R15 mark but increased to more than R16 per litre. Fortunately, there were some months when the price dropped below R14 per litre. The average cost of 95 unleaded in 2018 was R14.86 per litre.

In 2021, South Africans faced significant fuel-price hikes. The average cost for a litre of 95 unleaded increased by nearly R3. The highest registered price was around R4 more than the previous year. The lowest price was R14.16 per litre (in January).

Although only eight months into the current year, the monthly prices, although recently decreased, remain worrisome. This year, the cost of a litre of 95 unleaded passed the R20 marker (April) and continued to increase to R26.09 (July). The price of 95 unleaded is currently R24.77 per litre (at the coast).