Home Features Renault Kiger blasts into SA! We have pricing… 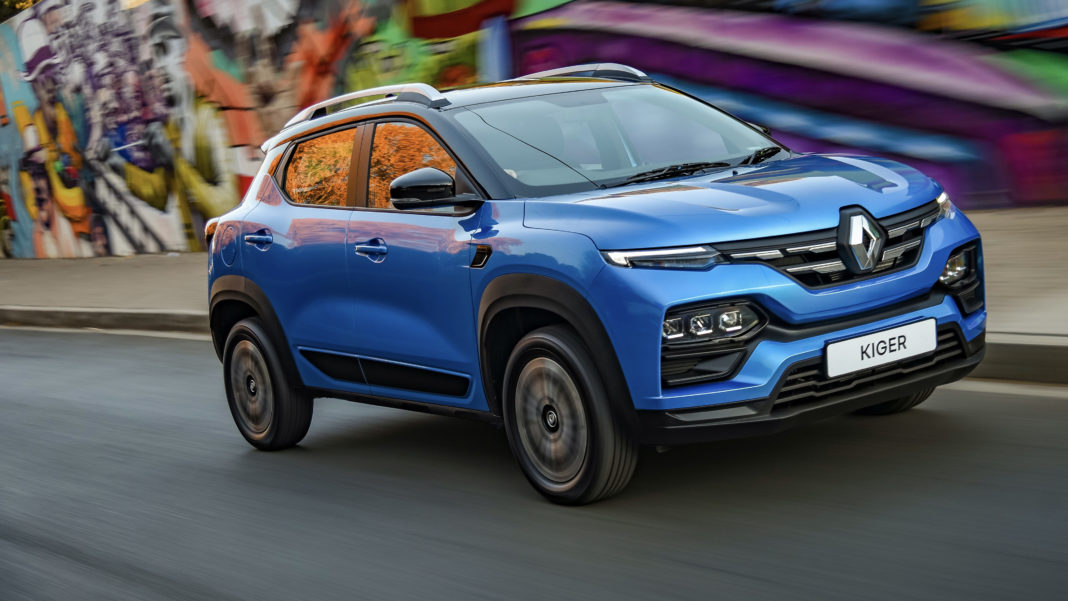 The Renault Kiger has launched in South Africa, with the local arm of the French car manufacturer revealing pricing for the compact crossover. Said the French firm’s head of group design, Laurens van den Acker, “[The] Renault Kiger is a robust, dynamic and generous SUV.”

According to Renault, the compact crossover is “more attractive than a conventional hatch”. The most notable exterior styling elements include, among others, a three-dimensional honeycomb front grille design, aluminium-finished skid plates and a “sporty” rear window, finished off with an integrated spoiler. The roof rails are functional, with a rated 50 kg load capacity.

The compact crossover is underpinned by the CMFA+ architecture. Thanks to this platform, Renault says the sub-four-metre compact SUV offers segment-leading spaciousness and “unprecedented” comfort. According to the automaker, the Kiger boats 222 mm rear kneeroom and 1 413 mm of elbow room for aft passengers. Luggage capacity is rated at 407 litres, which increased to a claimed 879 litres with the 60:40-split rear backrest folded down.

“Designed for ultimate convenience,” the cabin features an 8.0-inch “floating” touch-enabled display, providing wireless smartphone connectivity for Apple CarPlay and Android Auto screen mirroring. Bluetooth connectivity is included in the package and allows for pairing of “up to” five devices. Music is relayed through a brand-new 3D sound system. Safety items include ABS and EBD, Isofix child-seat anchorages, and up to four airbags depending on the grade of specification.

Two engine options are on offer – a 1.0-litre naturally aspirated motor, available with the option of five-speed manual gearbox or Easy-R AMG transmission with the same number of cogs, and a 1.0-litre turbocharged unit. The latter engine is available with a five-speed manual gearbox or X-Tronic CVT. The atmospheric engine produces 52 kW and 96 N.m of torque, while the turbocharged unit produce 74 kW and 160 N.m.