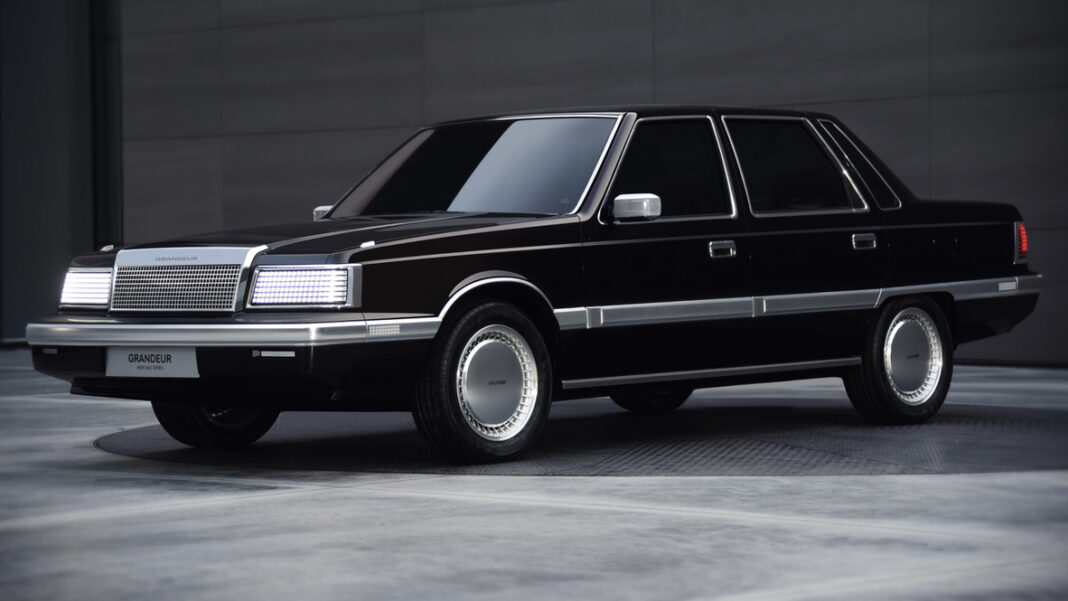 Celebrating the 35th anniversary of the Grandeur, Hyundai has whipped the covers off an electrified, retro-futuristic version of its iconic flagship sedan.

According to Hyundai, the Heritage Series Grandeur was developed to shed light on the original’s symbolic significance and find new inspiration for future designs. For the electrified version, the car manufacturer’s design team “reinterpreted” the first-generation Grandeur as an all-electric car.

Continuing with the inside, the South Korean carmaker says its designers has “seamlessly” integrated the latest technologies alongside “retro-cool” hardware. The original dials have been ditched in favour of an “ultra-wide”, touch-enabled display.

The ‘80s “vibe”, however, has been maintained, Hyundai says, with the fitment of a single-spoke steering wheel and a “jet airplane-style” gear selector. An 18-speaker 4way4 sound system is included.

Said Hak-soo Ha, head of interior group of the Hyundai Design Centre, “As our designers conceive the future, it’s important to look back on what we’ve created in the past and find inspiration in it. With the Heritage Series Grandeur, our designers have reinterpreted an important part of Hyundai’s history as a wonderfully unique blend of vintage and contemporary that reflects the boundless possibilities of our EV era.”