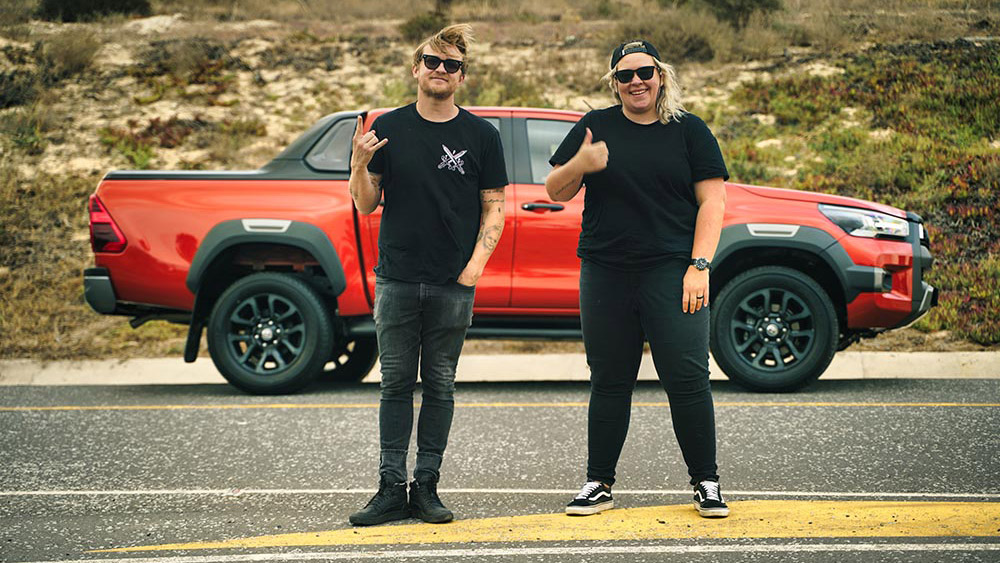 The frontman of the seminal Afrikaans rock band Fokofpolisiekar joins us on a road trip to Melkbosstrand in the new Hilux to talk about 2020’s madness and his future plans.

It was inevitable that I would find myself on the wrong side of the road … I just didn’t expect it to happen on the day I was meeting rock legend Francois van Coke. Long story short, we filmed the first minute of our Riding Shotgun short film in front of the wrong house. Rewind. We meet outside his Bellville home, and straight off the bat, we greet like old friends.

The tone is set for a great road trip. Along with us for the journey is the new Toyota Hilux. In Francois’ words: “Check those mags. Suits us.” (Side note: we are both dressed in black from top to bottom, matching the muscle mags of the car.)

We hop in the Hilux and off we go. Francois nonchalantly pulls down his sunglasses and says: “Check my shiner.” I think for a second he’s joking, but Francois doesn’t joke about shiners or boxing. Rugby player Derick Hougaard might learn this the hard way. 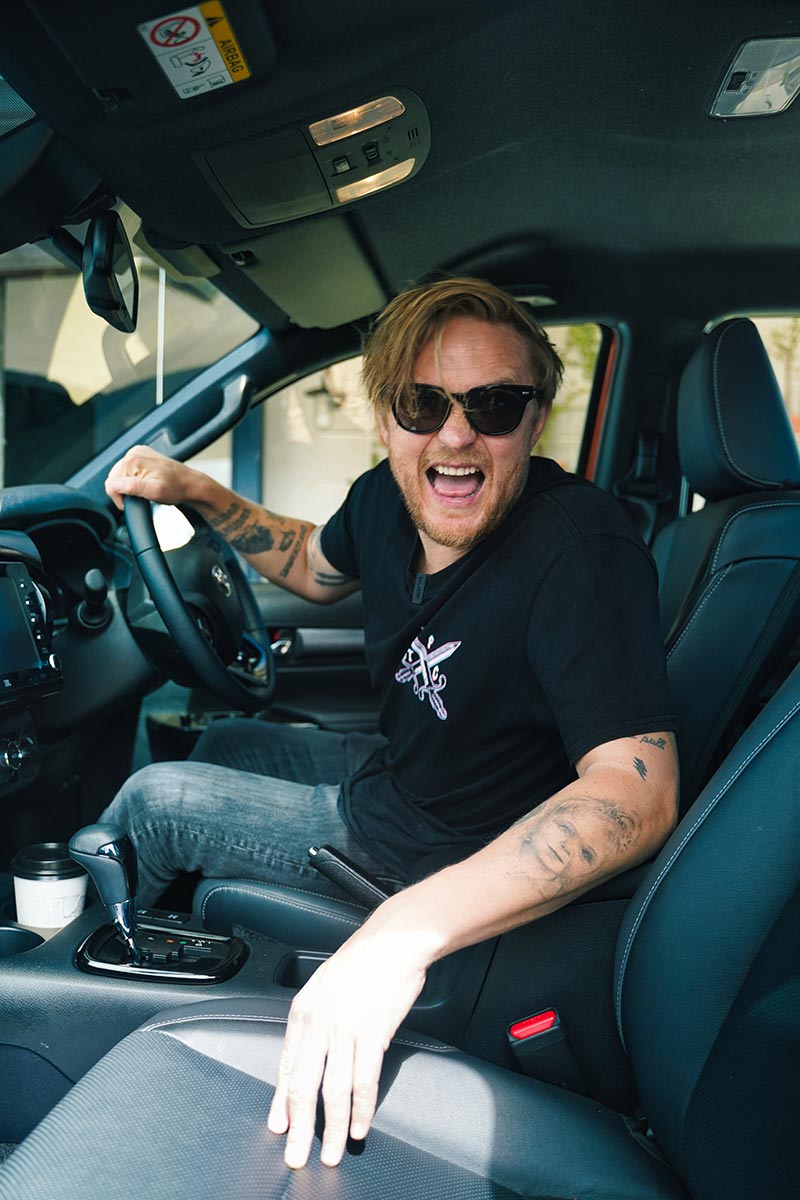 So what led to the shiner? Let’s rewind. After a bit of banter online (where such things happen nowadays) between ex-Springbok and Blue Bulls flyhalf Derick and Francois, the two decided to settle their little dispute about Van Coke’s rugby skills in the boxing ring. Yep, you read that right. Crazy as it sounds, these two are heading for the ring. Apparently the loser will sing “Liefling” at Loftus.

“I have been training hard. Every day. My trainer gave this little shiner to me at the gym this morning. I’m ready for this match,” says Francois while checking out his bruise in the rear-view mirror. The match will be streamed live via NuMetro on 29 May with limited seats available at the actual venue. Shoot over to Francois’ Instagram page for more details.

We set off to Melkbos and what a privilege it is to sit alongside a true legend. Our chat goes something like this. 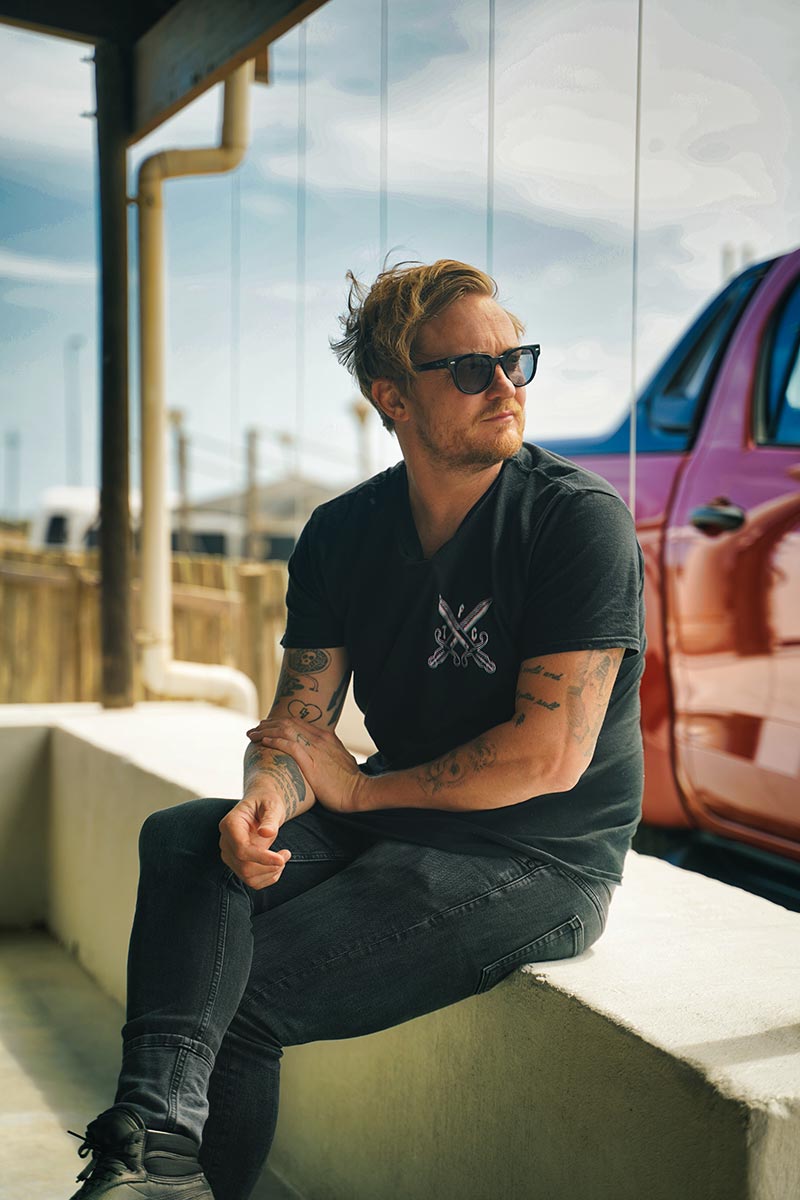 Vann: Without asking the obvious, how did 2020 a­ffect you? How did you keep busy?

Francois: “It was an interesting year. All of our plans came to a complete halt and there was nothing we could do about it. Those first couple of weeks were great. Chilling with the family. Then reality kicked in. The effect COVID-19 had on the music industry, on most industries out there, was devastating. Live shows and gigs, overnight, became a thing of the past. We had to go ‘digital’ and we did so with full force. We did live shows, we streamed, we kept rocking. We had to keep going. That first ‘gig’ online in my office was weird. Standing in front of your laptop and cellphone to jam. I had to do my own sound, and staging, but every show after that just got better and easier.”

Your 40th birthday. Did you party like a rockstar?

“I turned the big four-oh in the middle of a global pandemic. Every year, we arrange a big gig in Pretoria, ‘Francois van Coke en vriende’; we obviously couldn’t follow through with the physical party in 2020 but we went digital instead. We threw an epic party with some of my friends performing live online. Nothing beats a jamming session with your friends for your birthday. Virtual jolling!”

What’s in your future?

“The big event for the first half of the year will be the boxing match between myself and Derick Hougaard. I’m also busy wrapping up a really cool podcast/ videocast/documentary with Annie Klopper. It’s called 40 Jaar Van Coke – Annie Klopper in conversation with Francois van Coke. We talk about absolutely everything. Nothing is off limits. I also dropped a new single and music video, ‘Begin van die einde’ (‘Beginning of the end’). The song is about trying to be better in a time of disorienting change”. 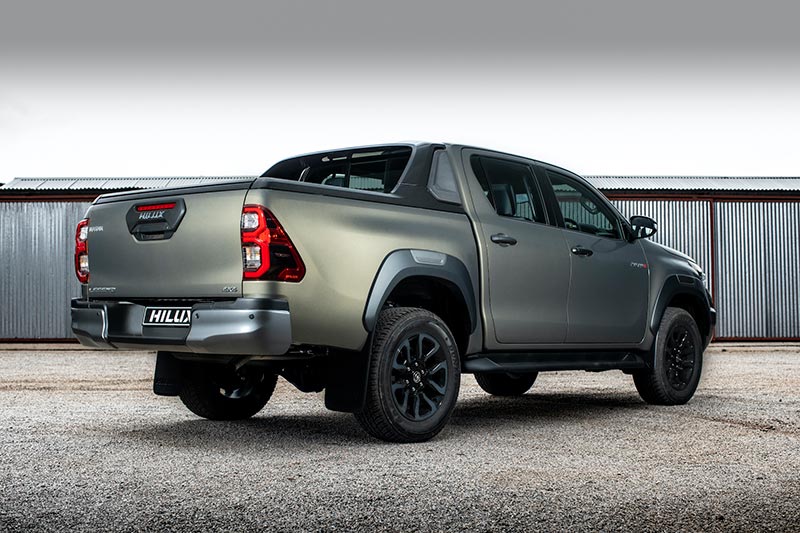 The Toyota Hilux is as legendary as Francois van Coke. When asked whether he would trade in his Ranger on a Hilux, he said “yes” without much hesitation despite loving his big Ford…