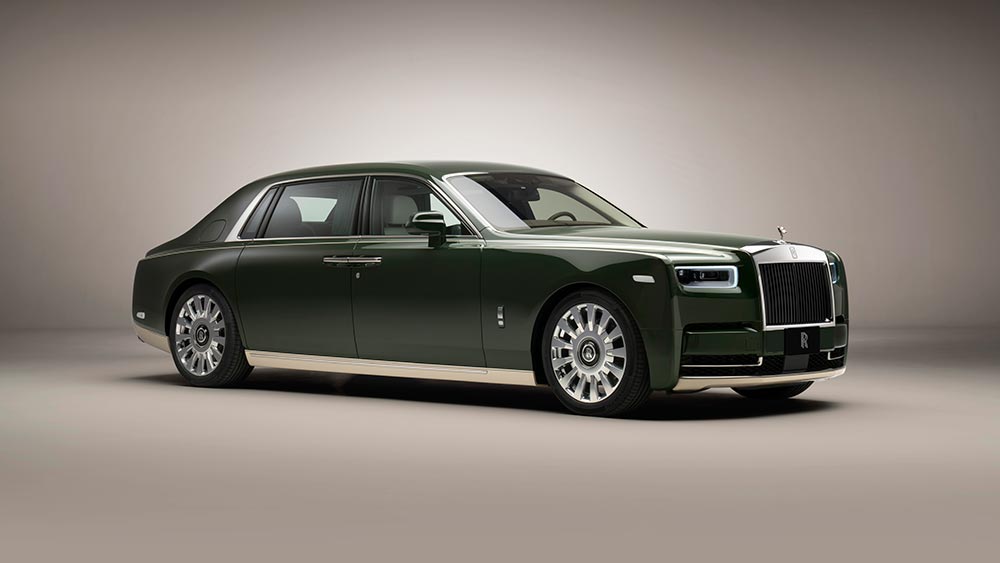 The Oribe ware-inspired exterior colour scheme continues to the interior. The interior is predominantly finished in Hermès Enea Green leather. The instrument panel; centre console; glove, decanter stowage and luggage compartment lining, and interior pillars are all upholstered in leather from the Paris manufacturer. Delicate Hermès piping adorns the headrest cushions and calf supports for the rear seats. Seashell White accents and lambswool floor mats, Rolls-Royce says, create a sense of light and space inside.

The Phantom Oribe’s Gallery features an artwork-based design by celebrated French artist Pierre Péron. Inspired by the Hermès horse motif, the work is hand painted on open-pore royal Walnut and presented behind glass, as it would in an art gallery. The centre and rear consoles, speaker frets and picnic table backs are fashioned from similar wood.

“The Phantom Oribe reflects the personality and passions of its owner,” Rolls-Royce says. “The client envisioned the car as a ‘land jet’, bringing the serene exclusivity of private air travel to the road.”