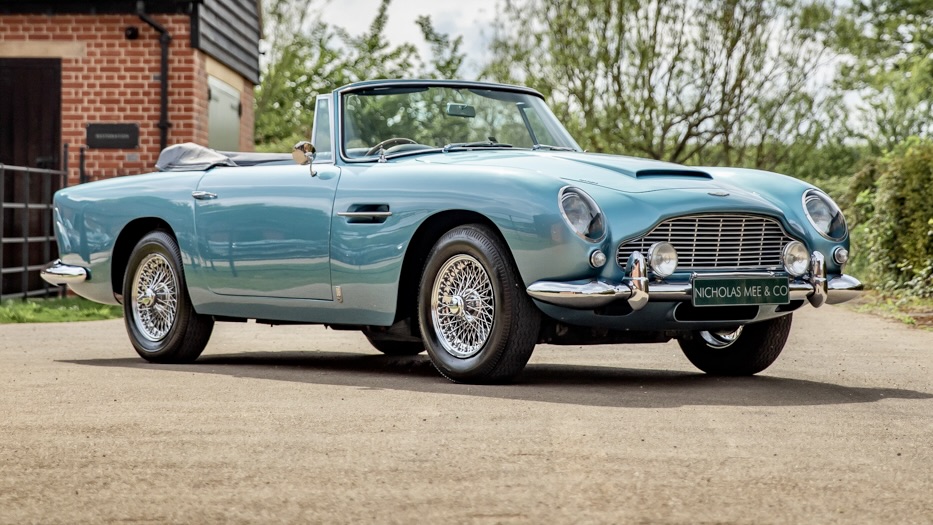 A rare Aston Martin DB5 convertible is up for sale. The 1964 example is the only of the 123 models produced owned by Sir David Brown, the man who gave his initials to the iconic DB-series models. It was delivered to Sir David Brown in January ’64. 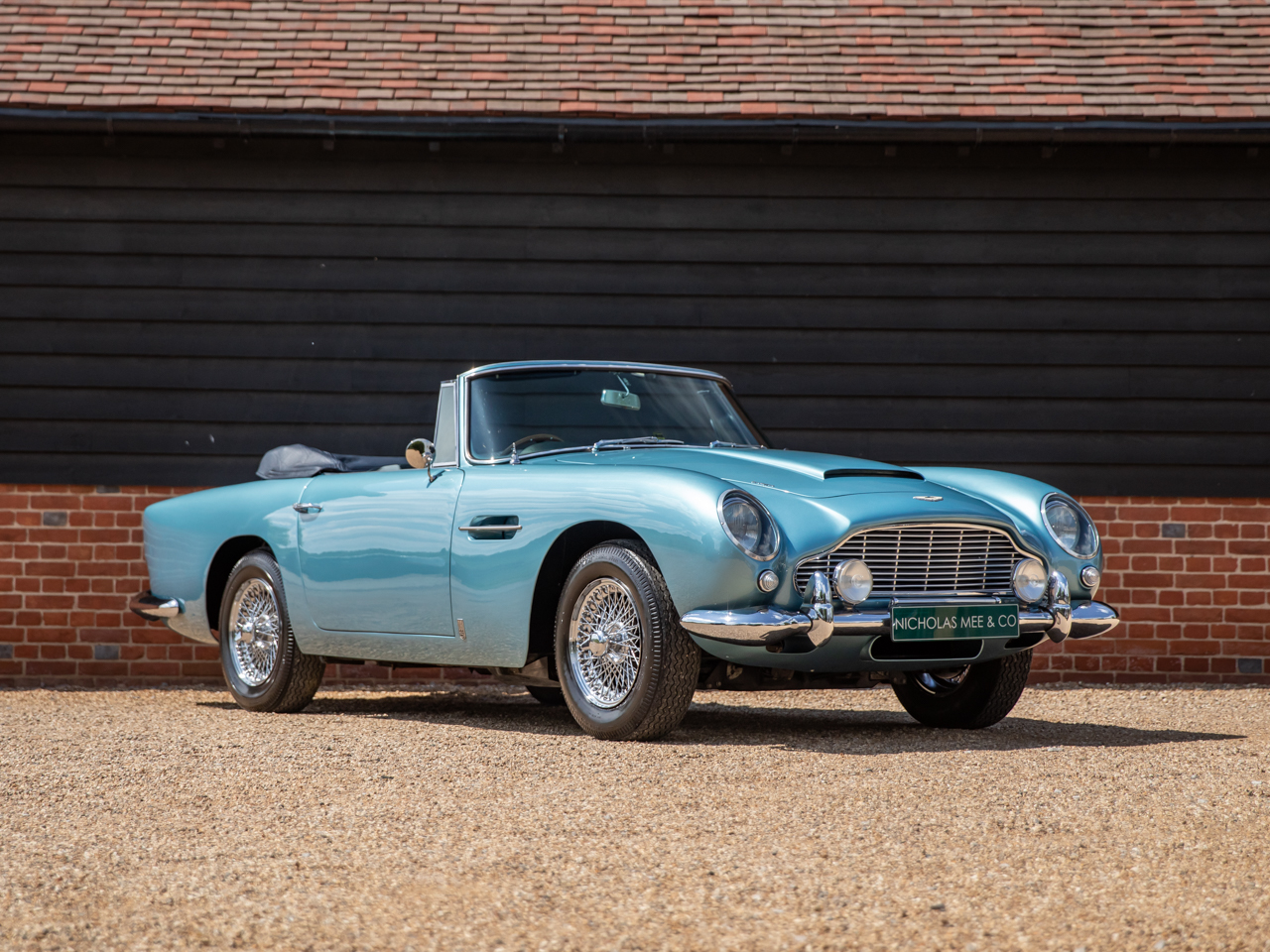 “This is the first time in 28 years anyone has had the opportunity to purchase this landmark of automotive history,” said Aston Martin specialists Nicholas Mee & Co., the company selling the car.

“It was cherished by Sir David for three years before being acquired by former Aston Martin DB4 GT owner and garage proprietor, John Wilkinson.” Under the ownership of Wilkinson, the car was maintained by Aston Martin in Newport Pagnell. Records confirm that a replacement engine bock was installed during this time. A newly stamped manufacturer’s identity plate was applied in ’69. 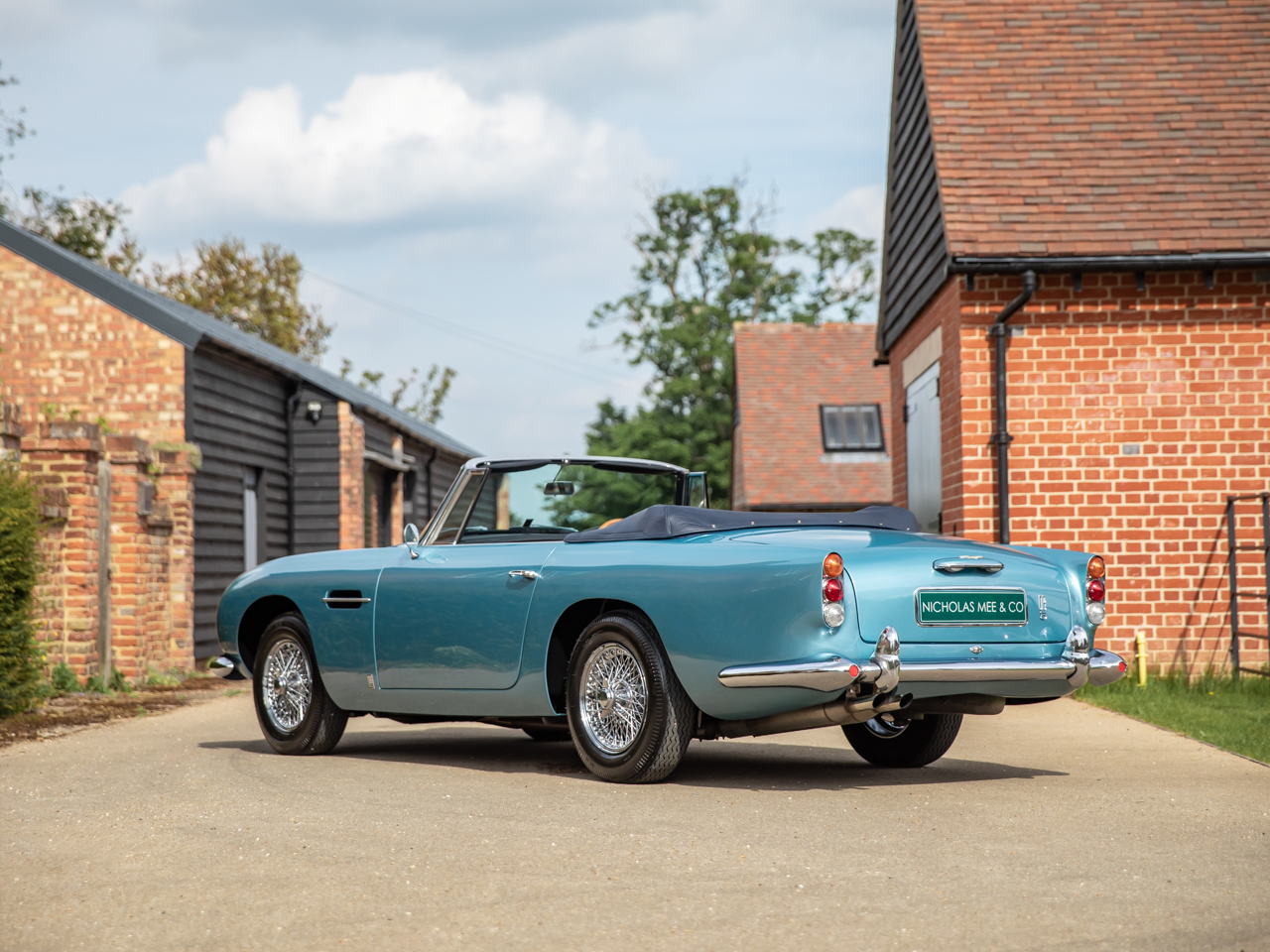 In 2014, this DB5 convertible underwent a “major” restoration. The 4.0-litre engine, suspension, gearbox, brakes and rear axle were rebuilt to remain faithful to the car’s original specifications.

Dressed in “vibrant” Caribbean Pearl paintwork, the car was built to the highest specifications. The interior is finished in Dark Blue and features a Motorola radio. It sits on chromed wire wheels. 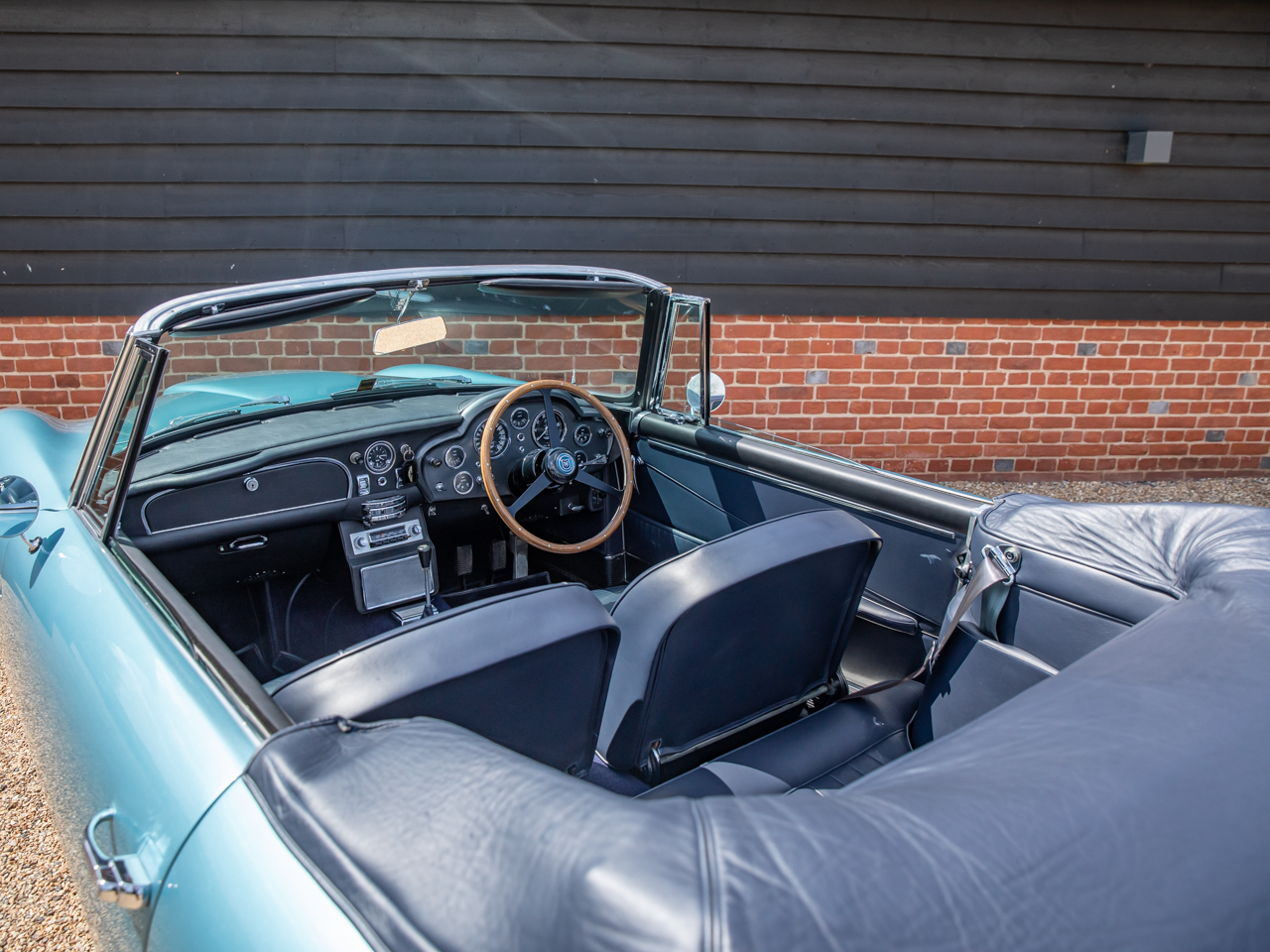 “The very fact that Sir David Brown owned this DB5 convertible makes it one of the most special and unique DB cars of all time. The DB5 itself is the most iconic Aston Martin model ever produced, but this car’s provenance sets it apart,” said Nicholas Mee & Co.’s founder Nicholas Mee.

“It is restored to precisely the same specifications Sir David ordered it in back in 1964; it’s a car he cherished and loved. This is a one-of-a-kind example of British automotive history.” 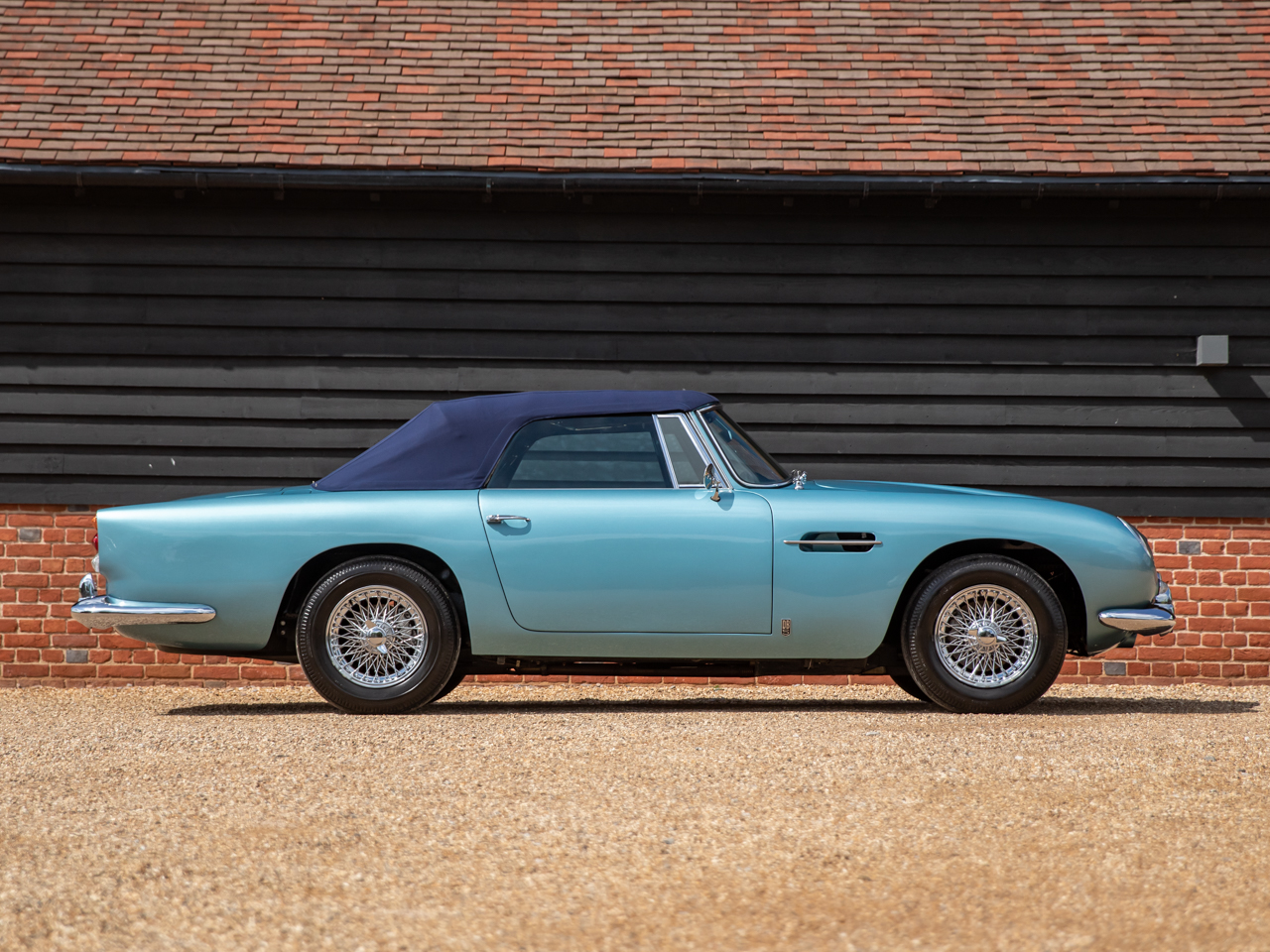