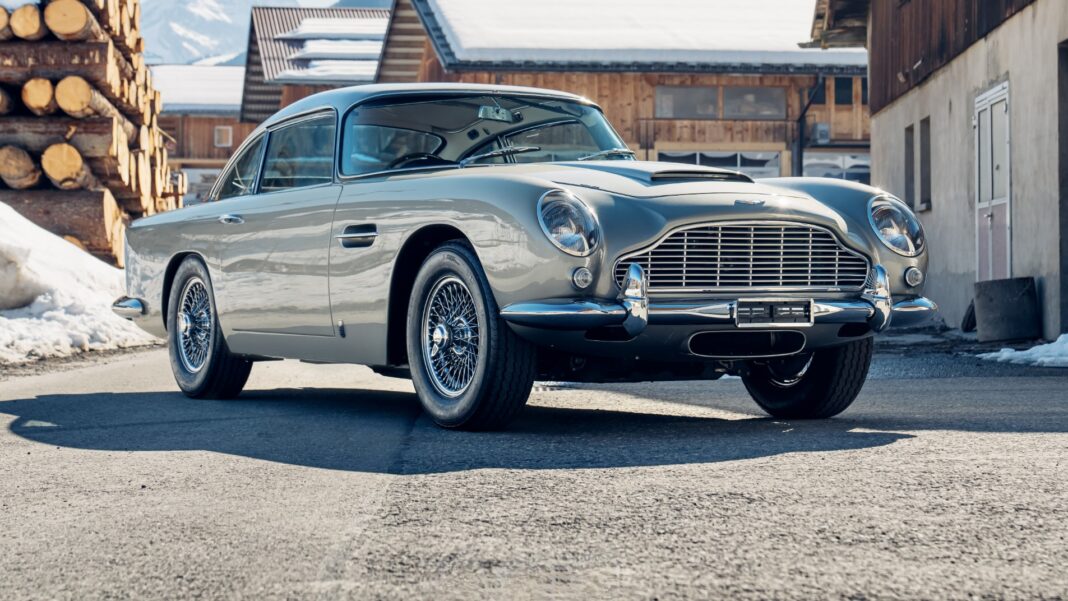 Presented in immaculate condition, the classic Aston Martin is finished in Snow Shadow Grey, the same shade of silver found on the DB5 driven by British secret agent James Bond in the 007 film series. The interior is trimmed in red Connolly leather.

“The availability of the Connery DB5 represents a once-in-a-lifetime opportunity,” said Broad Arrow Auctions. “[The] DB5/1681/R is the only DB5 ever personally owned by Sir Sean [Connery].”

In addition, the successful buyer will be offered an unforgettable experience. The late Scottish actor’s longtime friend and multiple Formula One world champion Sir Jackie Stewart has offered to give the new owner a drive in the car.

“While the drive itself will no doubt be memorable, the opportunity to perhaps hear a bit more about Sir Sean from a lifelong friend will no doubt be an equally compelling aspect of the added bonus,” said the auction house.

This Aston Martin is offered directly from the Connery estate. A “significant” portion of the sale proceeds will be donated to the Sean Connery Philanthropy Fund.