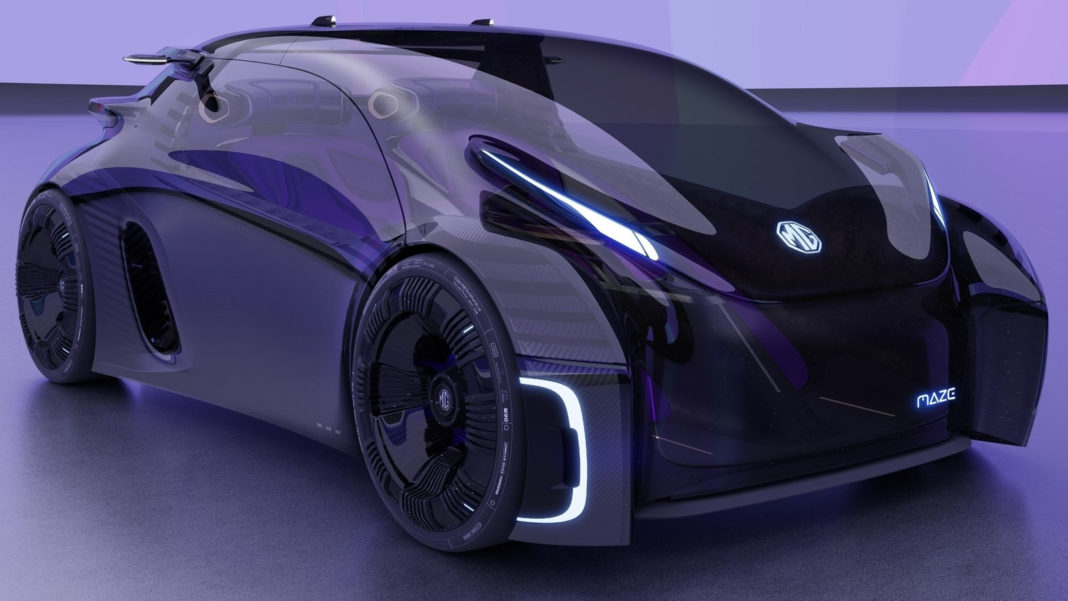 SAIC Design Advanced London has whipped the wraps off the Maze, a new MG concept car exploring the future of urban mobility.

Marking the design company’s third anniversary, the Maze is aimed at the “next generation” of car users. “With Maze we wanted to consider what the future of a car community might look like, building from MG’s fan base and following,” Advanced Design director Carl Gotham says. “The move to digital is unstoppable, so we wanted to create a concept that connected this digital realm to the physical one that gives us the real joy in driving.”

Gotham added: “The concept is a reaction to our lives during recent months, where we have been met with restrictions and limitations on our ability to move around and interact. Exploring the idea of ‘mobile gaming’, we used Maze as platform for people to get out and rediscover their environment in a new and relevant way, opening up new experiences with their city.”

The gaming aspect of the car reflects the desire to discover and reach new achievements, via a points-based reward system. “Our car helps users to re-discover their city and their world by seeking exciting digital street art that is interacting with structures, buildings, and landmarks.”

The MG Maze is a compact urban two-seater “capable of the utmost agility and functionality in busy urban environments”. Its core focuses are high-technology and emotional design.

Emulating high-end gaming computers with exposed components, the exterior features a transparent shell. The outer surface is fluid and dynamic, exposing aspects of the chassis and interior design.

Inside, the MG Maze features “floating” seats and UX/UI technology. The pews have been developed to enhance the gaming aspect of the concept car by giving a fun and enjoyable driving experience. Instead of a traditional steering wheel, steering is controlled by the driver’s smartphone.