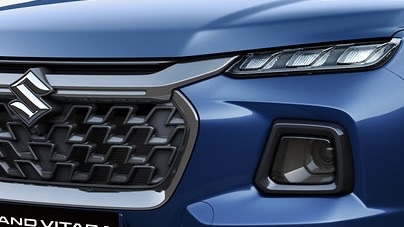 Missed this week’s motoring news? Not to worry, here’s the breakdown of what you need to know about this week in motoring … 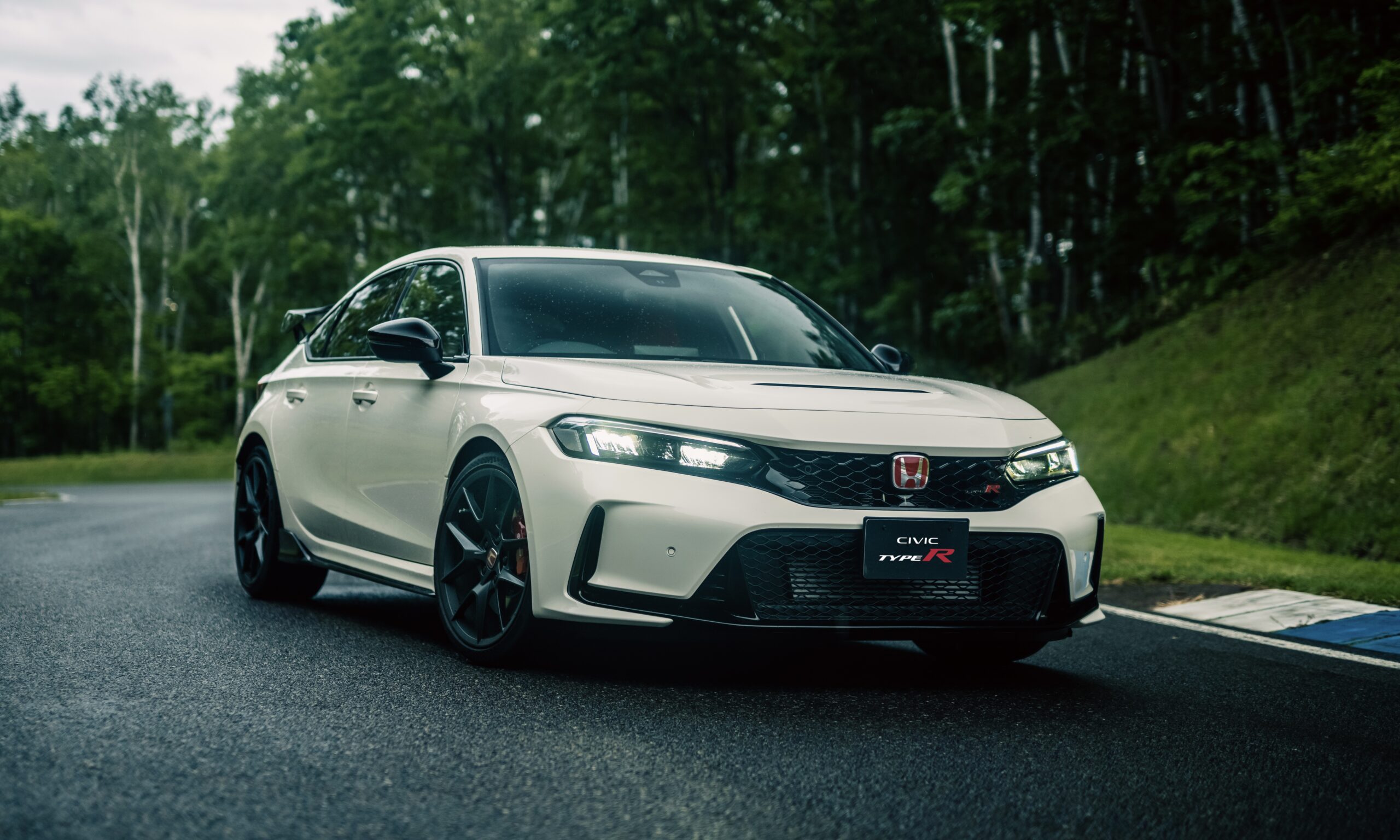 On the 25th anniversary of the Civic Type R, Honda has (finally) unboxed the brand-new iteration. “Engineered to deliver the most exhilarating Civic Type R experience to date,” the sixth-generation model (read our feature on the history of the Type R here) boasts an “enhanced” design (for improved aerodynamics) and a revised powertrain.

However, Honda has yet to release the new model’s power, torque, and performance figures. But the firm has mentioned that a 2.0-litre four-pot again powers the latest variant and that the engine is coupled with an “improved” six-speed manual gearbox. 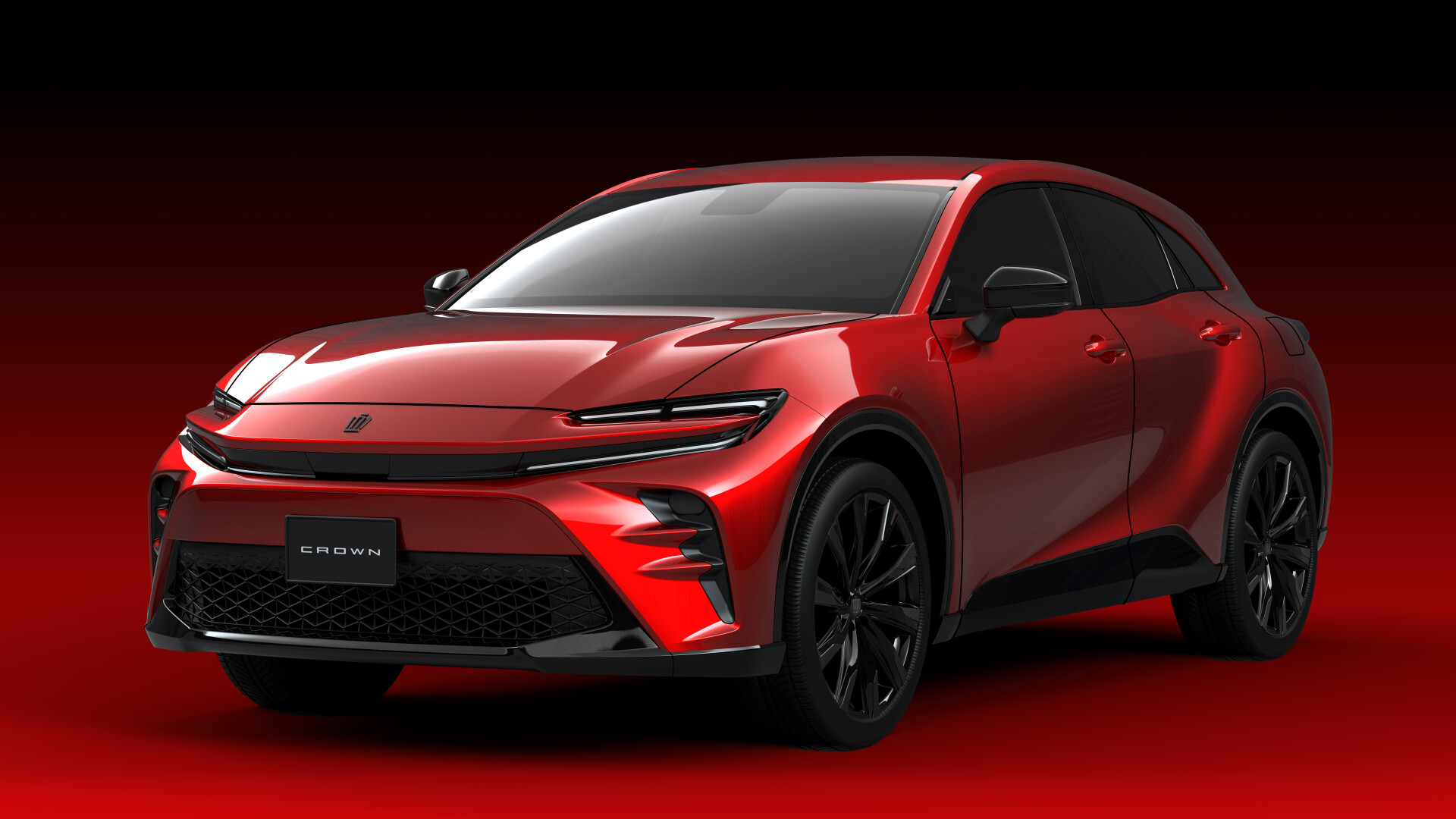 Toyota South Africa Motors (TSAM) has confirmed that the new Crown will make its way to local shores, with TSAM saying the crossover variant is scheduled to arrive here during the first quarter of 2023. Introducing the hybrid crossover forms part of TSAM’s continued New Energy Vehicle (NEV) product rollout.

Based on a “newly developed” platform, the Crown crossover is available with two hybrid powertrains. These include a 2.4-litre turbocharged hybrid and a 2.5-litre series-parallel hybrid unit. Toyota says the former e-Axle electric arrangement features a “newly developed” battery and provides high driving torque. The 2.5-litre “high-efficiency” hybrid powertrain incorporates a polar nickel-hydrogen battery. The Japanese manufacturer says this allows for “class-leading” fuel economy and quietness. 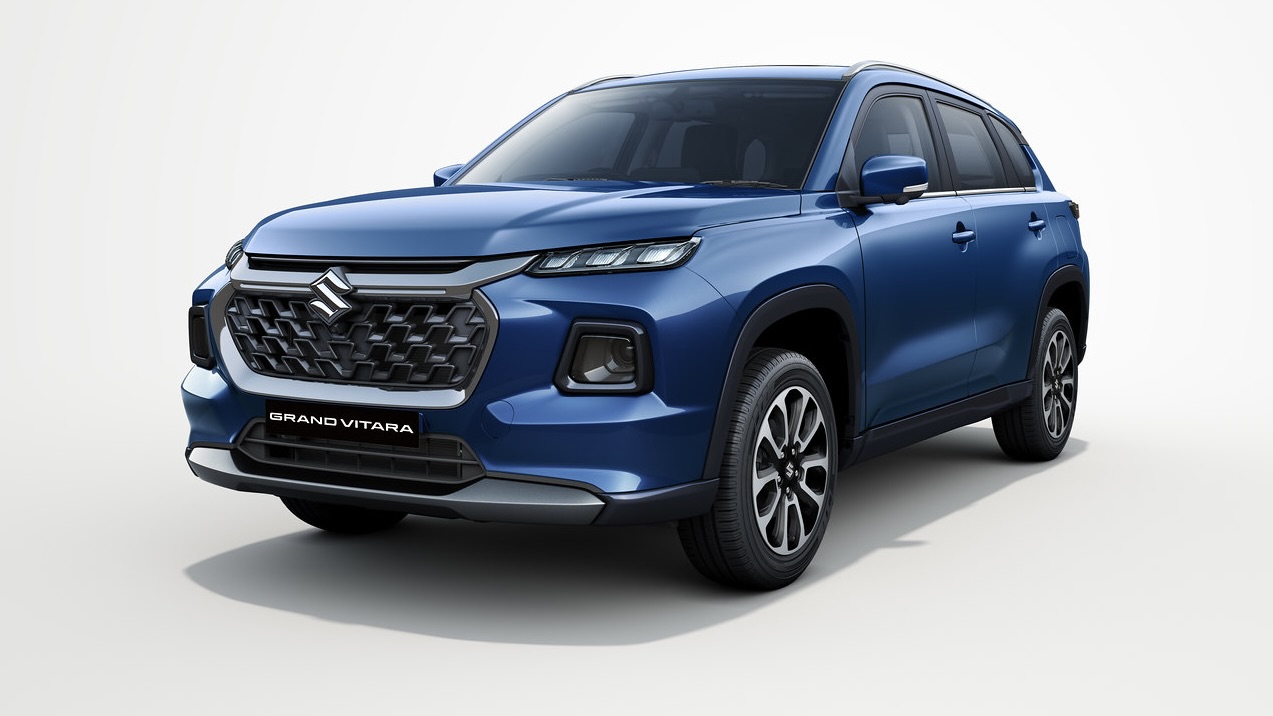 Suzuki has unveiled the box-fresh Grand Vitara, with the Japanese automaker saying the new iteration showcases the best the firm has to offer in terms of design, technology and performance. The new model measures 4 345 mm bow to stern and 1 795 mm in width. Height comes in at 1 645 mm. Two engine and three transmission options are on offer. These include an (85 kW/141 Nm) 1.5-litre Intelligent Electric Hybrid powertrain and a (75 kW/135 Nm) 1.5-litre Smart Hybrid set-up. The former full-hybrid powerplant is equipped with an e-CVT. This model features the firm’s AllGrip Select all-wheel-drive system. The Smart (mild-) Hybrid unit can be had with a five-speed manual and six-speed automatic gearbox. 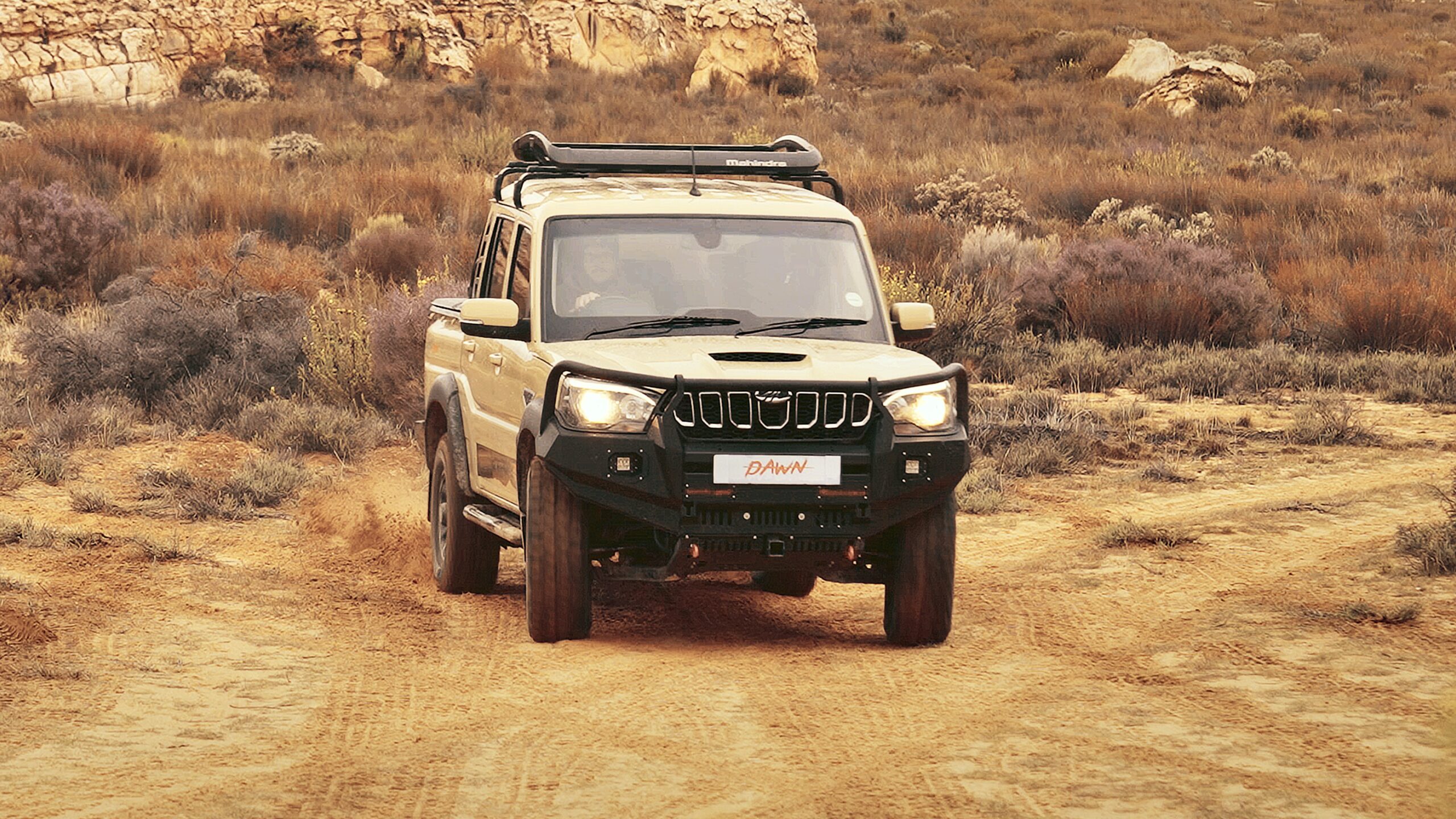 Mahindra South Africa made the motoring news headlines this week by introducing a duo of new special-edition variants to its Pik Up line-up. Joining the Pik Up Karoo Dusk in the range are the Karoo Dawn and Karoo Storm, each inspired by a facet of the Karoo. The Dawn takes inspiration from the colours of the early Karoo mornings, while the “stunning” Karoo rainstorms inspired the Storm.

Both models are equipped with the company’s mHawk turbodiesel engine. Coupled with a six-speed Aisin automatic transmission, the 2.2-litre turbodiesel unit churns out 103 kW and 320 Nm of torque. 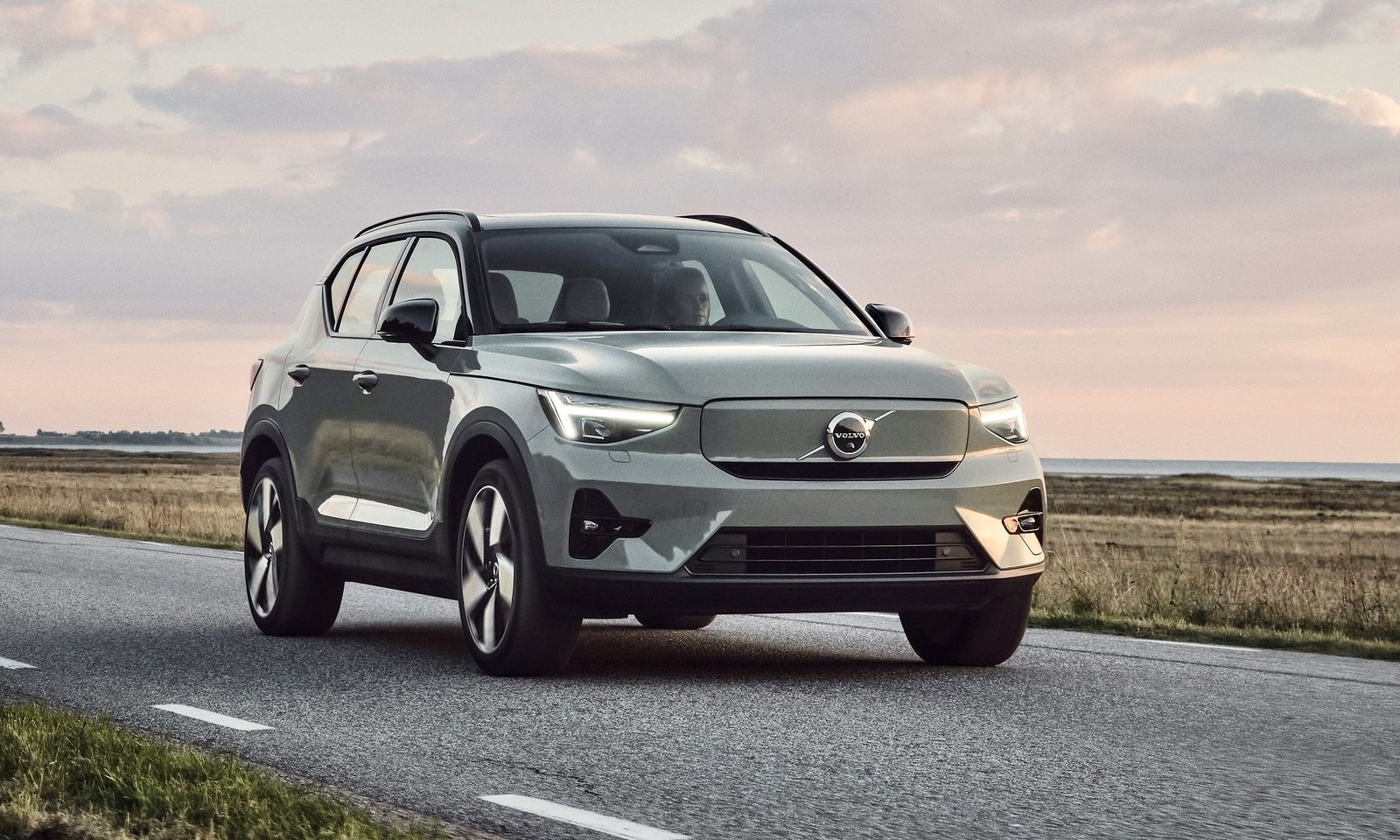 Priced from R1 075 000, Volvo South Africa bills the XC40 P6 Recharge as the most affordable luxury EV in SA. Slotting in below its more expensive and powerful twin-motor sibling, the XC40 P8 Recharge, the new variant’s single electric motor produces 170 kW and 330 Nm of torque for a claimed 0-100 km/h sprint time of 7.4 seconds. Volvo claims an all-electric range of 423 km.

Volvo says, “The newcomer is generously specified, with only a panoramic sunroof and heated seats/steering wheel as optional as everything else is standard.” See full specifications here. 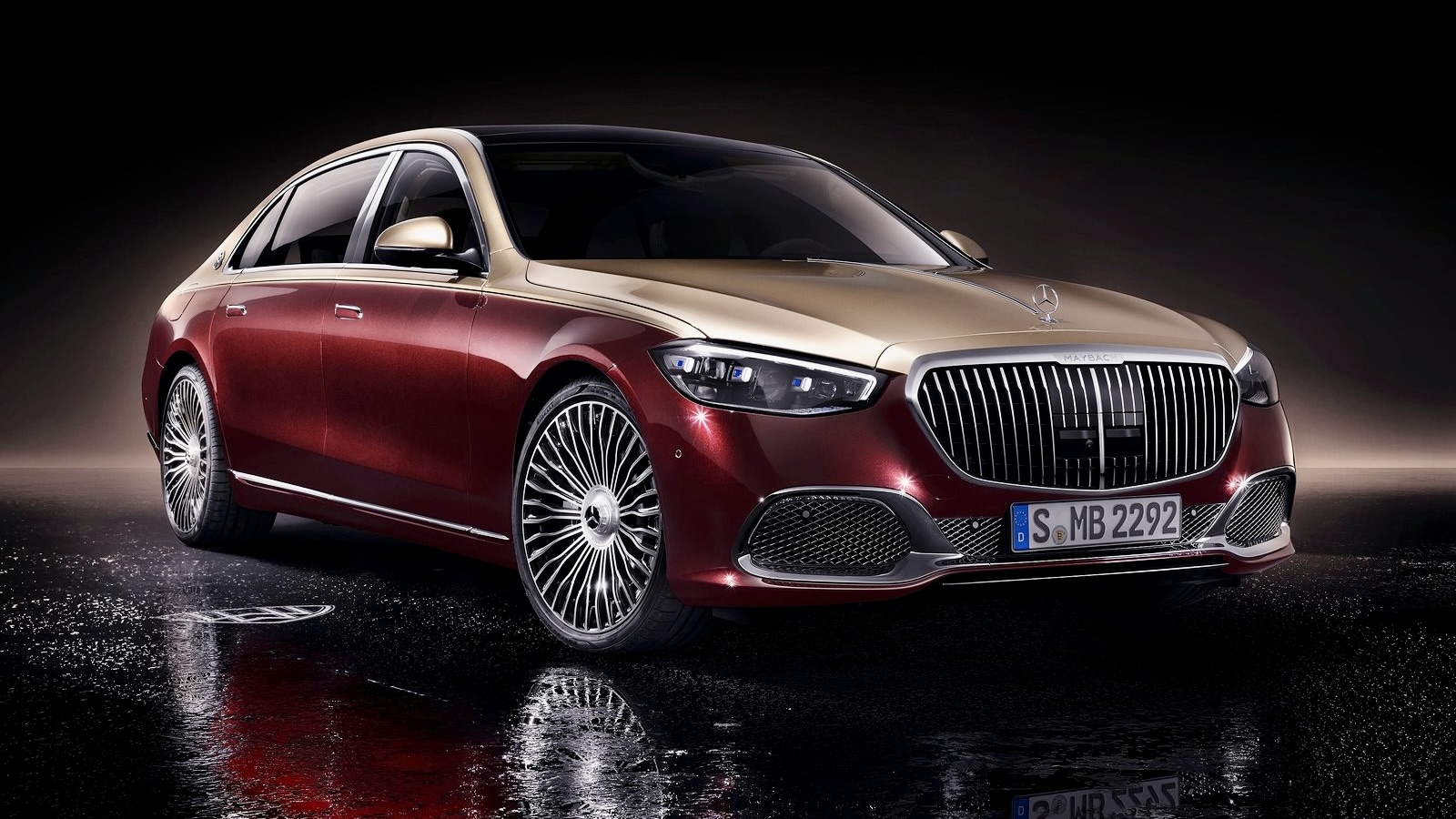 The S680 4Matic is equipped with Benz’s 6.0-litre V12 engine. The twin-turbocharged petrol unit sends 463 kW and a whopping 1 000 Nm of torque to all four corners via Merc’s familiar nine-speed automatic transmission. The all-wheel-drive Mercedes-Maybach S-Class sprints to the three-figure marker from a standstill in a claimed 4.5 seconds. Mercedes claims an average fuel consumption figure of 14 L/100 km. 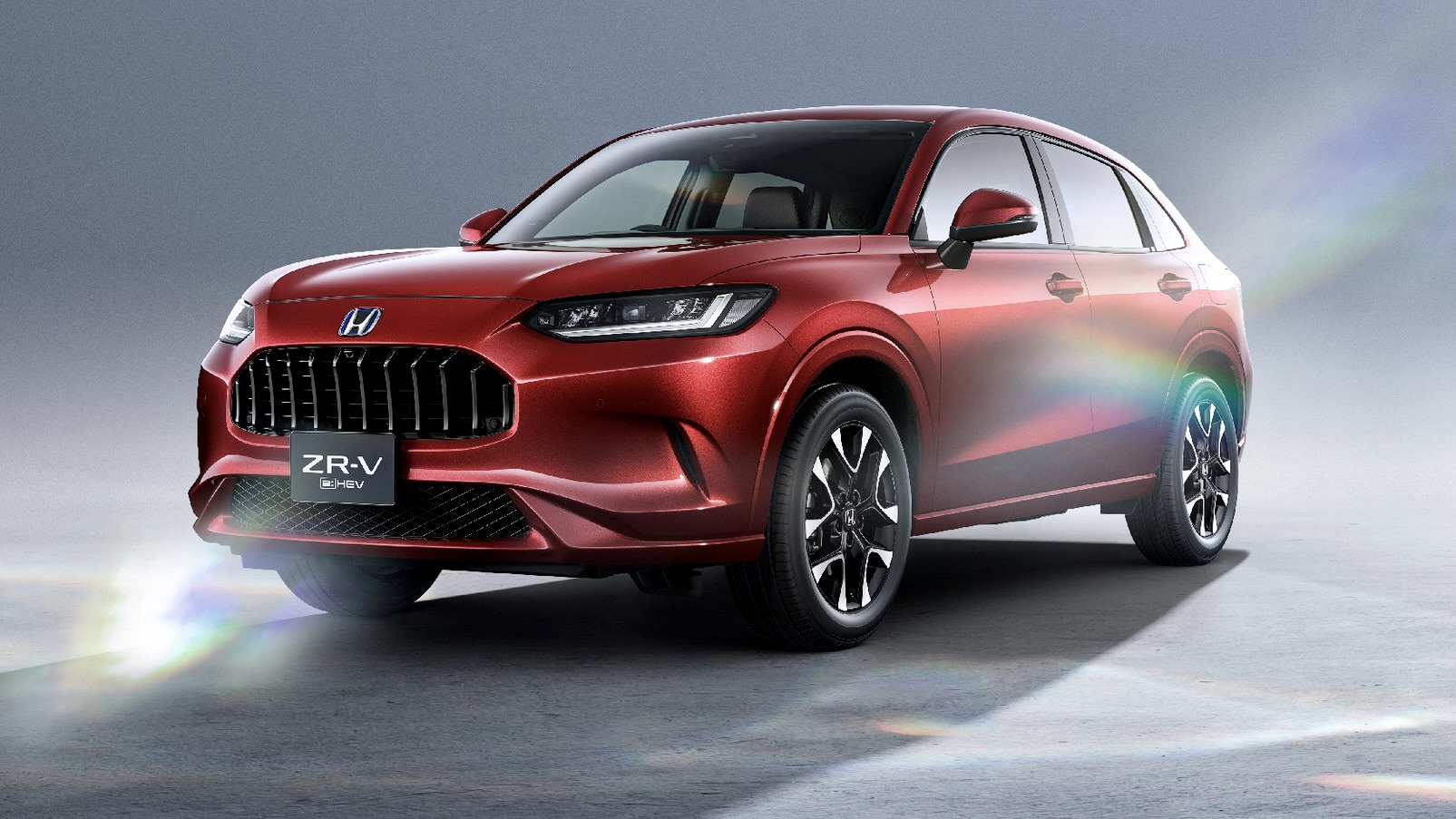 Honda made this week’s motoring news headlines by not only releasing the new iteration of its iconic hot hatch but also introducing its newest small crossover. Based on the concept ‘Unleash your potential’, the ZR-V, Honda says, “was developed as a model to uplift the spirit of customers.”

The hybrid variant is the first Honda equipped with the automaker’s Sports e:HEV powertrain. The petrol-electric unit comprises a 2.0-litre direct-injection engine and an “advanced” dual-motor hybrid set-up. This unit is coupled with an e-CVT ‘box. The ZR-V will also be available with a 1.5-litre turbocharged engine. The petrol-only unit is equipped with a CVT. Both engine options offer all-wheel drive. 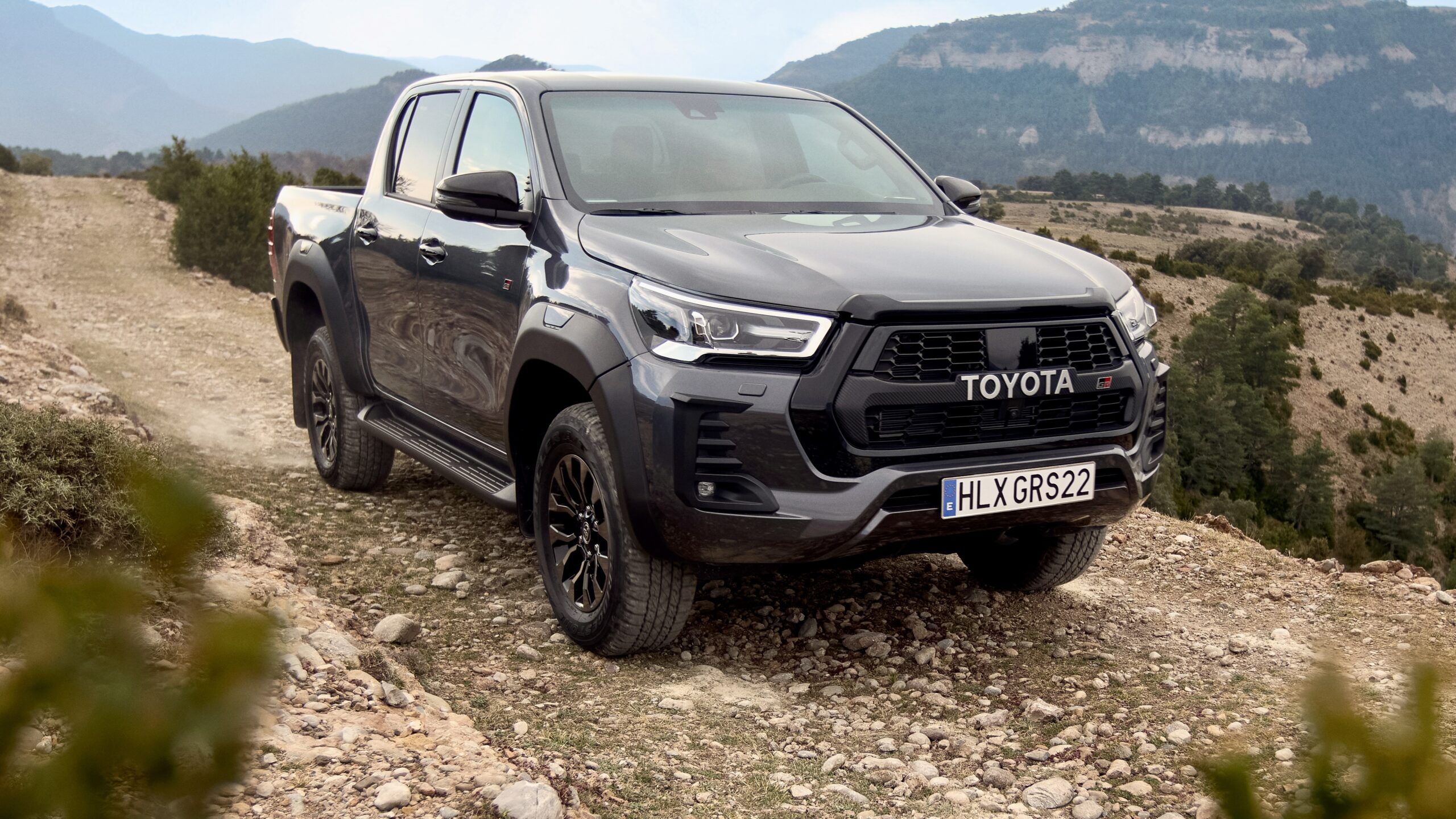 Toyota has announced that the diesel-powered Hilux and Land Cruiser Prado will soon be compatible with HVO100 diesel, a fossil-free fuel made from 100 per cent renewable sources, in Western Europe. The fossil-free diesel fuel is made from vegetable oil (palm and rapeseed) or waste-based feedstock (for example, used in cooking oil).

Toyota says the HVO100 fuel doesn’t affect the driving experience. However, the Japanese firm does mention that “as a result of using HVO100 and the adjustment to the injection system, there is a modest increase in maximum engine output.” 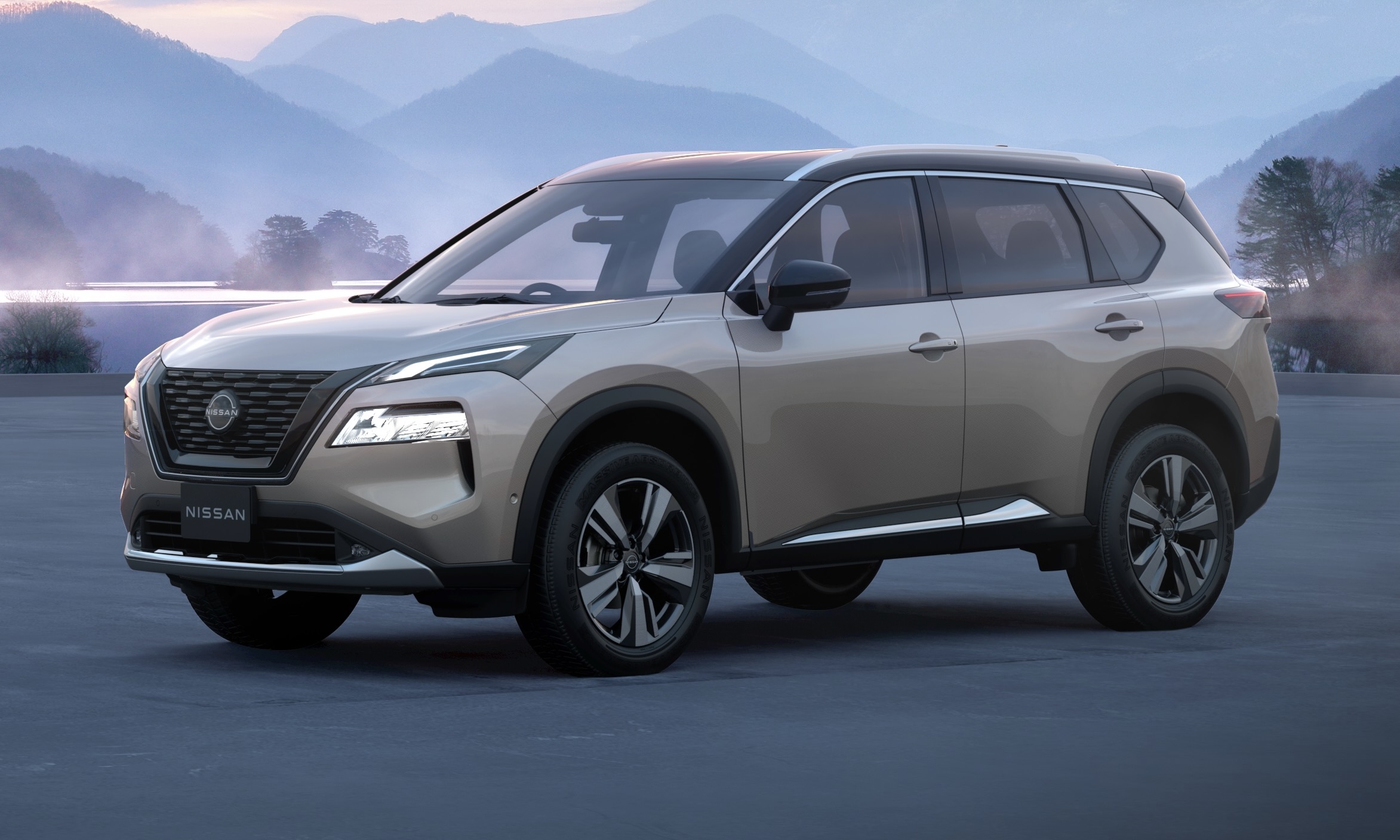 Nissan has whipped the wraps off the new-generation X-Trail, with the Japanese firm saying the latest incarnation features “leading-edge” technologies, “powerful” performance”, and a level of equipment that only a “genuine” SUV offers. Nissan says the all-new iteration boasts striking exterior design language, a generously equipped, solidly constructed interior and hybrid powertrains. Boasting “dynamic” and “expressive” exterior design language, Hyundai has revealed the Stargazer, a compact family-mover brimming with various technologies to set a new benchmark in its segment. The Stargazer measures 4 460 mm bow to stern, 1 780 mm in width and 1 690 mm in height. The wheelbase measures 2 780 mm. Only one engine option is on offer, a 1.5-litre petrol unit. The four-pot produces 85 kW and 144 Nm of torque. Transmission options include a six-speed manual and CVT. 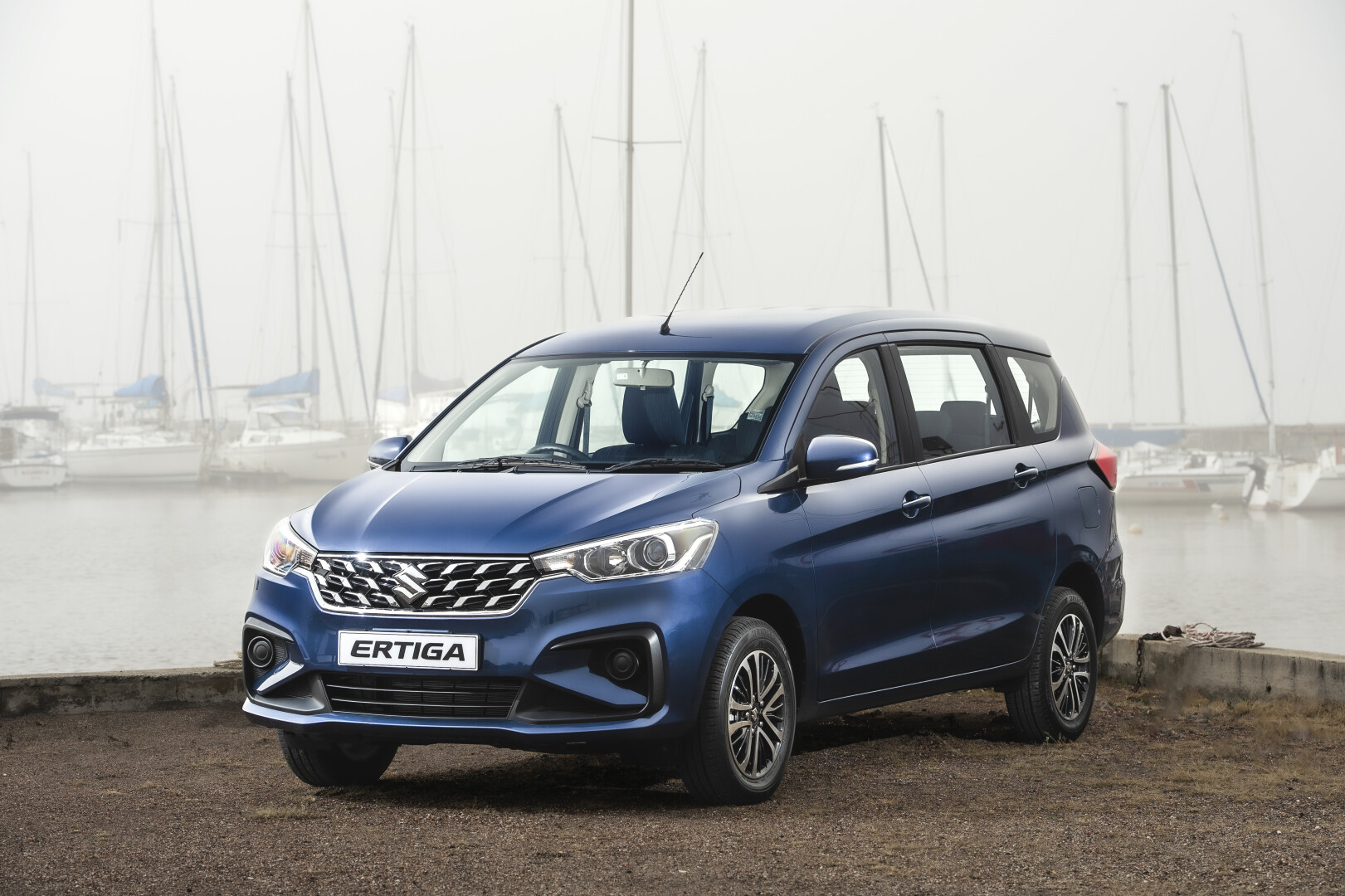 The updated Suzuki Ertiga has landed in South Africa, with the local arm of the Japanese automaker simplifying the local line-up to now feature only three models with upgraded specification levels (see specification here). 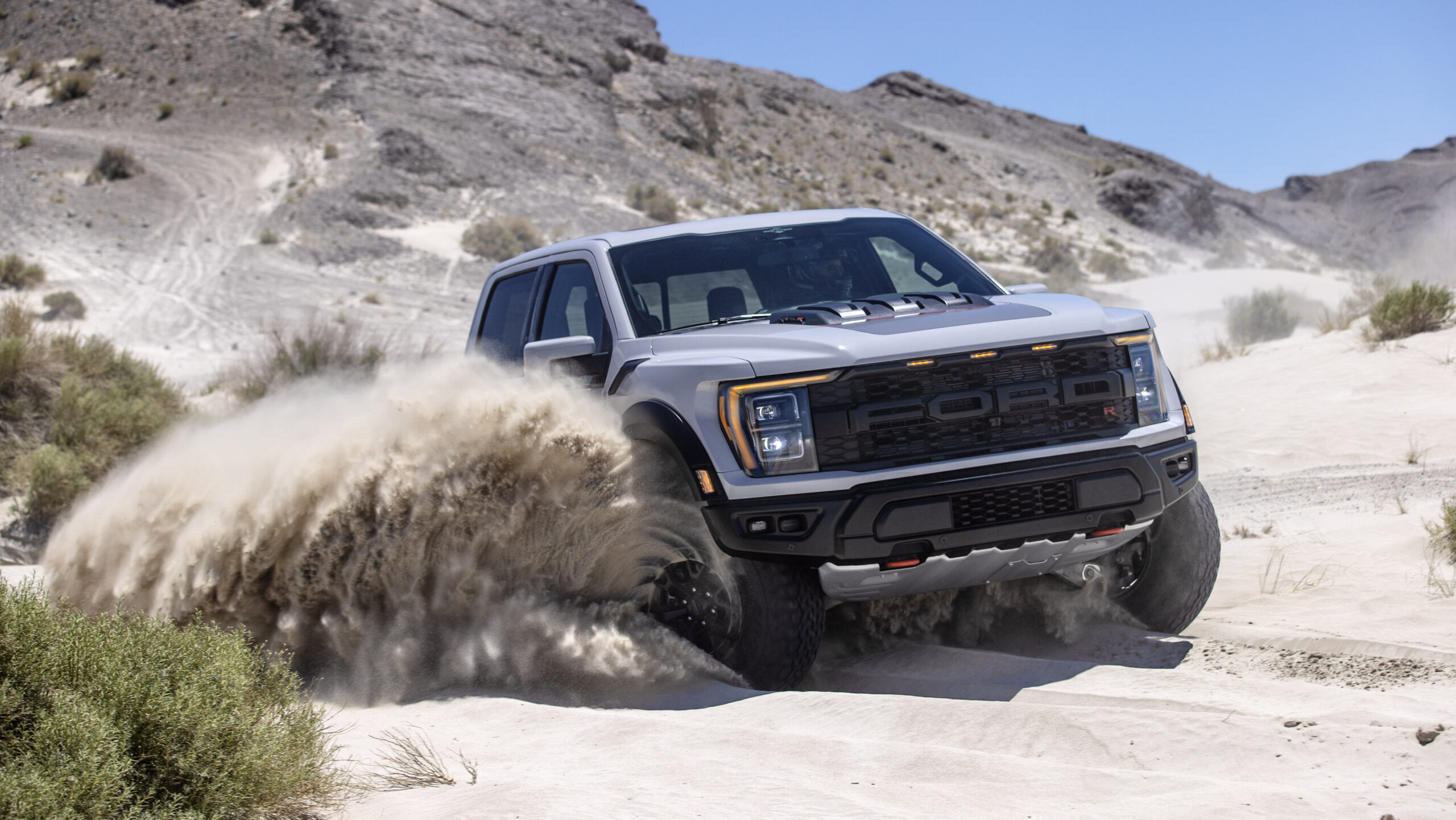 Billed as the most powerful Raptor ever produced, Ford has unveiled the F-150 Raptor R. Built for high-performance off-roading, the F-150 Raptor R is equipped with the most potent engine in Ford Performance’s arsenal. The 5.2-litre supercharged V8 engine — previously seen on the Mustang Shelby GT500 — produces a whopping 515 kW and 868 Nm of torque “to give it incredible desert-running power”.

The Blue Oval brand says, “[The] F-150 Raptor is about more than going fast – it must conquer brutal off-road environments.” To achieve this, the firm has upgraded the calibration of the base F-150 Raptor’s 10-speed ‘SelectShift’ transmission and revised the driveline “to ensure the F-150 Raptor R can smoothly handle what its V8 can throw at it”.