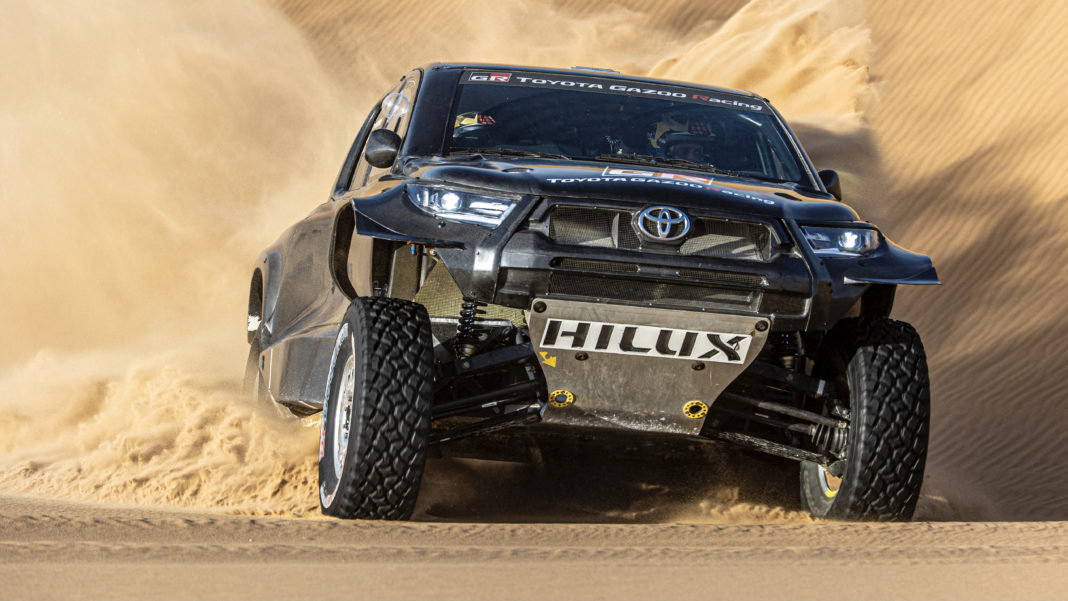 Said Nasser Al-Attiyah, “I am very happy to be back with the Toyota Gazoo Racing team for Dakar 2022. We won the race together in 2019, and now we have a new bullet coming. I am excited for our prospects, especially with the new GR DKR Hilux T1+, which is definitely faster and more capable than the previous car…”

The GR DKR Hilux T1+ will feature a host of improvements on the 2018 model. These include 37-inch tyres (compared to the previous version’s 32-inch items), together with a tread of 320 mm (up from 245 mm), and 350 mm (up from 280 mm) of suspension travel. The biggest news, however, is what is sited under the bonnet.

“The Dakar is one of the toughest races on the planet, but it suits our new Hilux perfectly”

The GR DKR Hilux T1+ is endowed with a 3.5-litre twin-turbocharged V6 petrol motor, sourced from Land Cruiser 300. As standard, the engine produces 305 kW and 650 Nm. However, in the Dakar Hilux those numbers will be “significantly higher”.

“The Dakar is one of the toughest races on the planet, but it suits our new Hilux perfectly. The new wheels, suspension travel and especially the move to the turbo-powered petrol engine from the Land Cruiser, is sure to make a big difference to our campaign,” Giniel de Villiers says. “The engine is highly responsive, and allows us to push the new car to the limit.”

Mathieu Baumel added: “The new car is very promising, and if our first tests are anything to go by, the new petrol engine, bigger suspension travel and increased tyre sizes may just bring the additional power, control and puncture-protection that we lacked in the recent past.”

Said De Villiers’ navigator, Dennis Murphy, “The car is exciting on many levels, but the increase in tyre diameter, together with bigger suspension travel, will make it not only faster but also safer for the crew.”